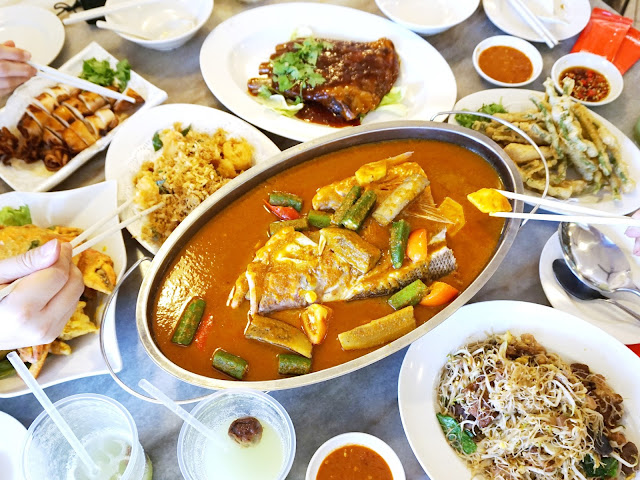 Why would someone staying in the northern end of Singapore travel all the way to the island's remote eastern part just to eat zhi char in a nondescript, non-aircon coffeeshop located under a block of HDB flat in a sleepy neighborhood?

Because reviews on Eastern House of Seafood Delicacy at Chai Chee Drive has been largely positive.

Because friends matter more than distance, so to go the extra mile (literally) for lunch with them is okay.

Thankfully, both the food and company were great! 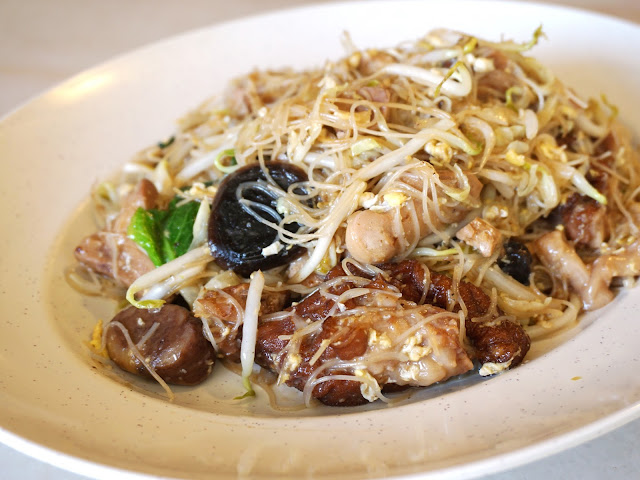 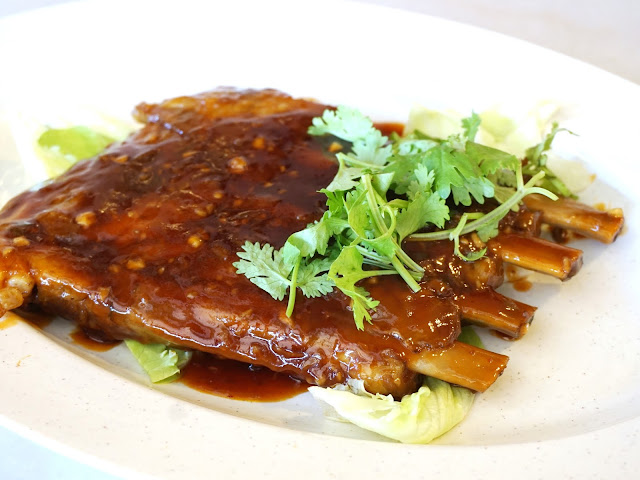 Zhi char staples of Yang Chow Fried Rice ($4) and Hor Fun ($4) are perennial favorites of many when we want a fuss-free, freshly-cooked single-dish meal, but when you're in a group, it would be almost imperative to order and try a few signature items of the stall.

And so we did. Starting with a plate of Fried Bee Hoon with Pig Trotter ($8/$16) which delighted us immensely with its nostalgic, homely taste. As one of my friend said, "Just like how my grandma cooked it!"

The Dinosaur Pork Rib ($16) was a tad sweet for my liking, but otherwise, it's fall-off-the bone tenderness would please most diners. 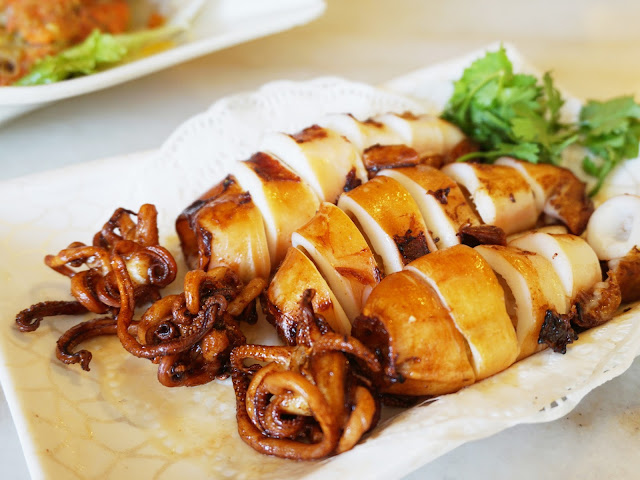 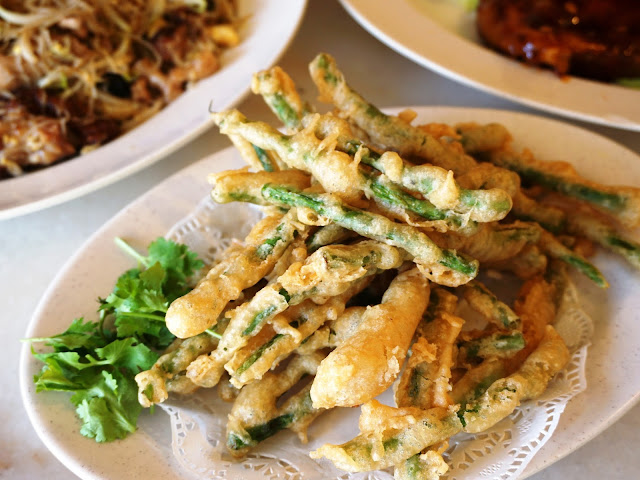 Our chopsticks were also reaching non-stop for those pieces of Dry Roast Sotong ($15/$22/$28) which were utterly addictive after being marinated overnight and cooked to a perfect succulent texture. Quite an unique dish which I've not seen in other zhi char place before. This is a must-try!

The batter for French Bean Tempura Style ($15/$20/$25) could have been lighter as it covered the vegetable taste of the French Bean, but I can imagine kids lapping up its enjoyable crispiness. Might be a good way to get them to eat their greens. No comments on the healthy part though. 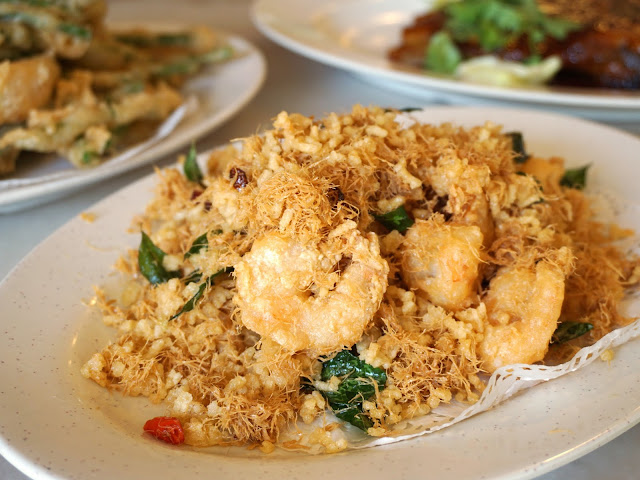 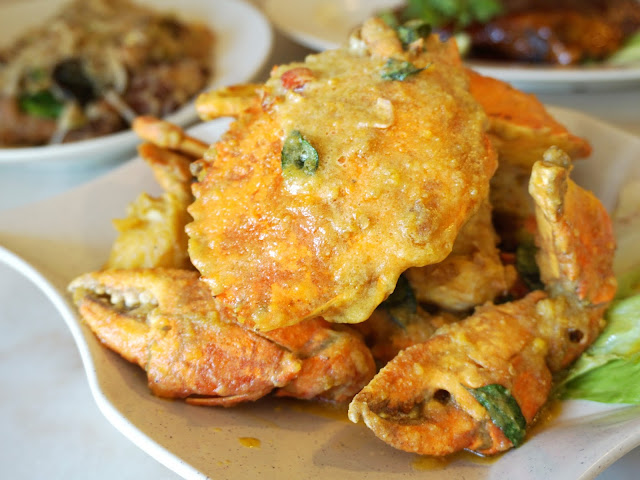 If the usual Cereal Prawn ($15/$21/$30) is too conventional, ask for the delectable Prawn with Rice Crackers & Fried Egg Floss (those which you always see at fish stalls) which is a new dish that could become a permanent feature on the menu if it's well-received.

Looking at the size of Assam Fish Head ($18/$20) alone, it was really great value-for-money. The portion can be easily shared between at least 2 to 3 person. Fish was fresh and the tangy spiciness of the gravy made it a well-loved classic best enjoyed with steamed white rice! 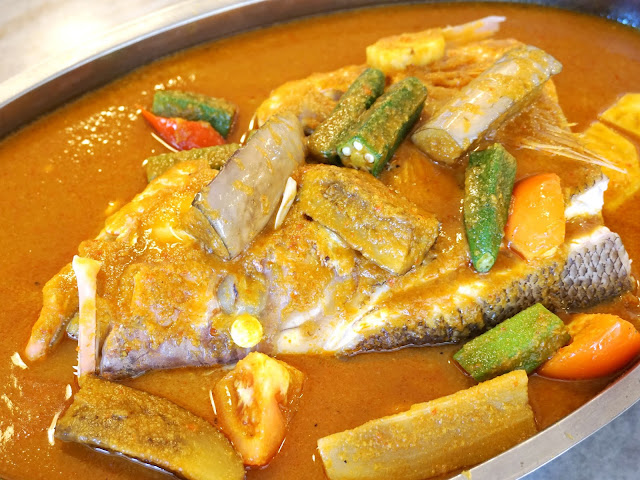 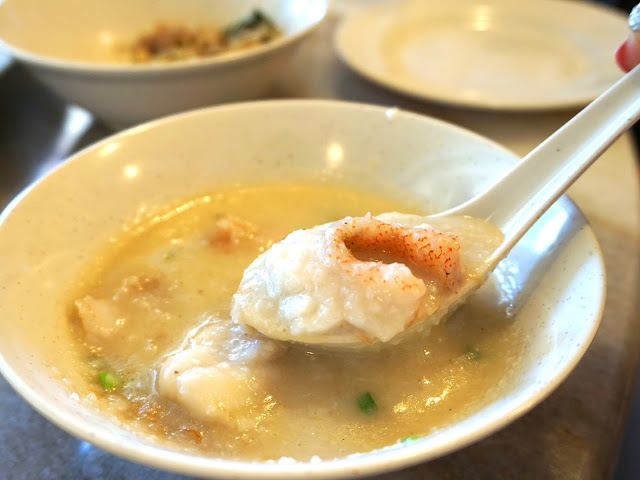 Towards the end of the meal, my friend almost turned down the suggestion of trying their recommended porridge, but stopped when he saw my eyes lighting up! Lol! As the Lobster Porridge $120-$150) need a 2-day advance order, we tried the fish version instead. The fact that I finished the whole bowl after all of the above dishes said much about its taste. *Two thumbs up*

To be honest, even though I liked the food, chances of me traveling to Chai Chee Drive again just for the sole purpose of eating zhi char is very low. But if you're staying or working in the area, or have the convenience of transport, Eastern House of Seafood Delicacy is definitely a place worth checking out. 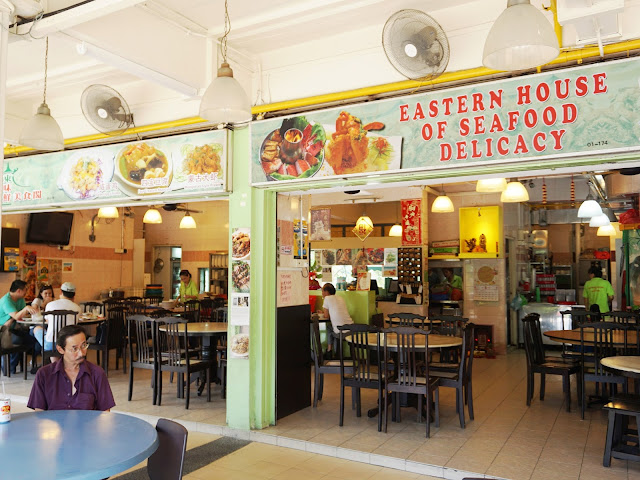