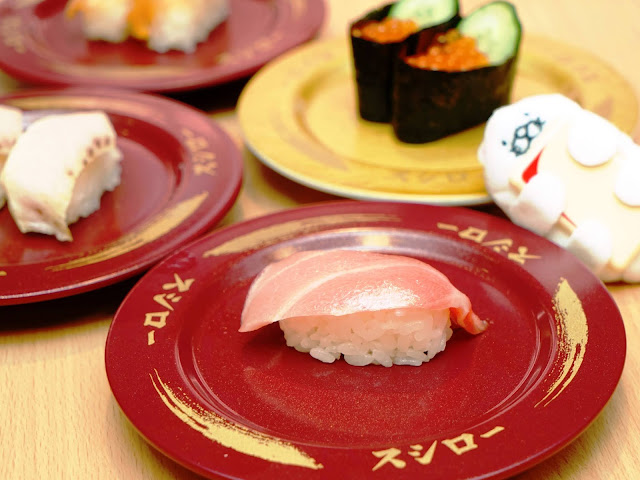 That's the number of plates Sushiro serves to more than 149 million customers a year in Japan, making it the largest conveyor belt sushi chain locally with the highest revenue for eight consecutive years from 2011 to 2018.

After an expansion to over 530 outlets in Japan, Korea, Taiwan, and Hong Kong, Sushiro will be opening its first South East Asia outlet at Singapore's Tiong Bahru Plaza on 19th August 2019.

We were surprised to see that a piece of Otoro (Fatty Tuna) Sushi will cost us only $4.80 per piece, and it's even going at a lower price of $2.20 per piece during the opening special.

What?!! Just take our money!

Read more »
Posted by PinkyPiggu at 1:06 AM No comments: