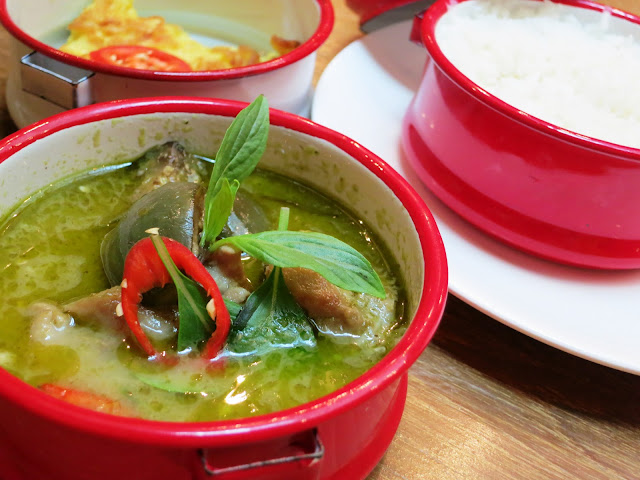 The visit to Folks Collective came after a friend's recommendation. New places always gets us excited and I guess many others too, judging by the crowd that filled the 3-month old modern Thai restaurant when we went during lunch one Friday afternoon. Right smacked in the CBD area of China Square Central, it's not surprising to see flocks of office workers chomping down their fare with a oomph that rivals the music and energetic chatter in the background. It's TGIF, folks! :D 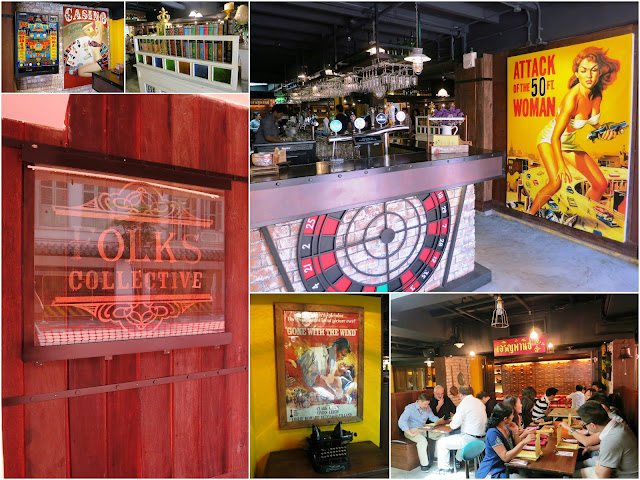 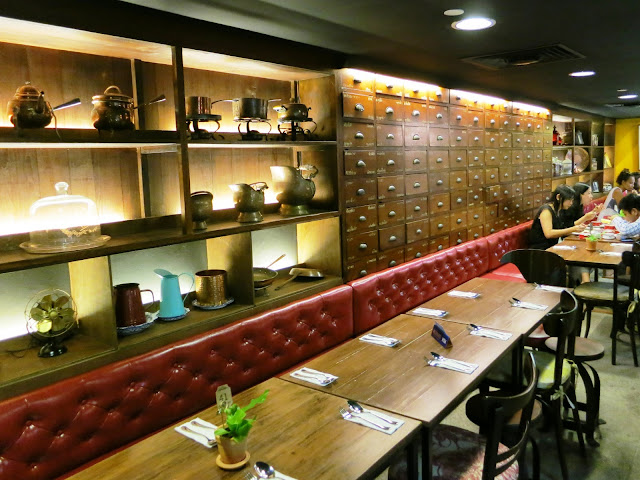 The interior of the restaurant is sooooo pretty! It sent me into a continuous camera snapping mode lol. One would not find it difficult to adore the decoration of the restaurant which is decked out in full vintage loveliness with an eclectic mix of items specially curated from Thailand. Medicinal hall drawers, old Hollywood posters, mismatched tables and chairs, they are now all cohabiting cozily together under the same spacious space. 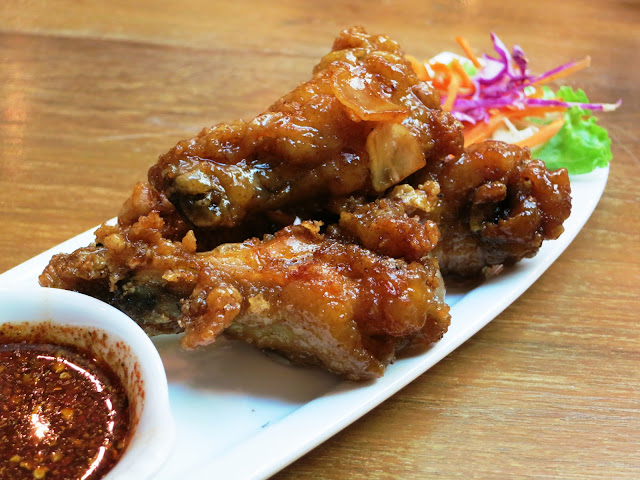 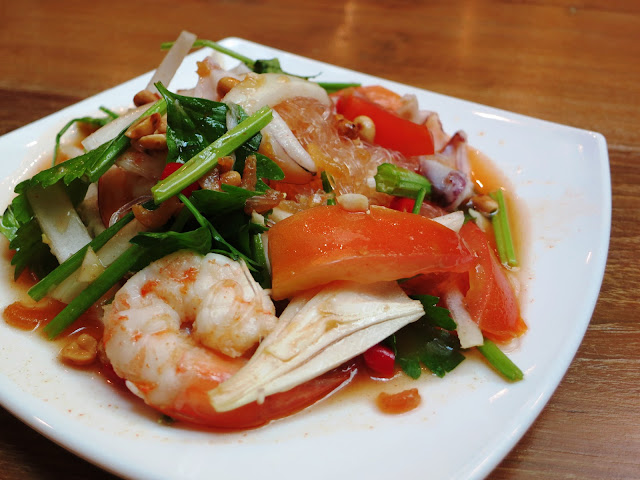 Did I mentioned I was excited about the new place? So much so that I've already checked out their menu online and decided that their Signature Folks Wings ($6.90) is a must-order, purely from the enticing photo of the mid-joint wings. Well, I soon realized that "pictures are for illustration purposes only" and what we got was drumlets instead, a disappointment which I visibly wore on my face. To be fair, the sweet glazed drumlets was crispy and did not taste unpleasant at all, just that it did not "wow" us. Same goes for the Glass Noodles Shrimps Salad ($7.90). Pretty average in its tangy dressing, no wow factor detected to take me to the next level after the initial excitement. 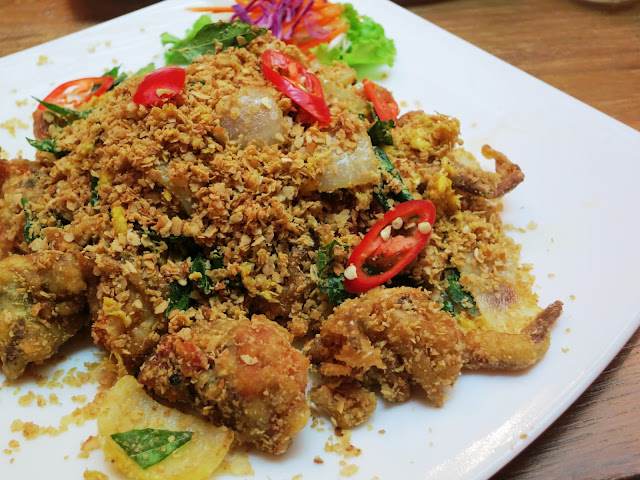 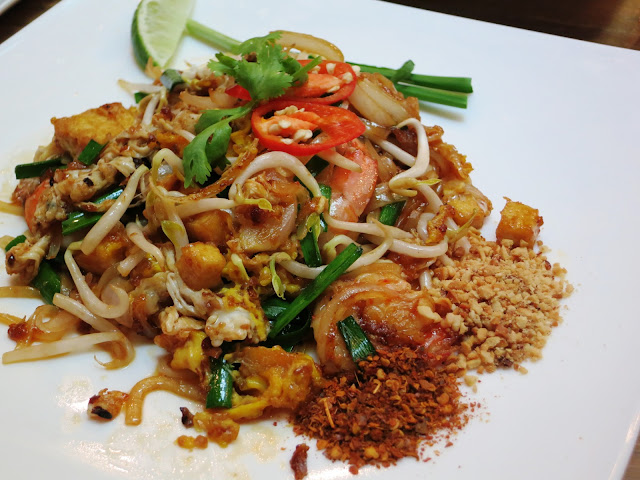 The Cereal Soft-shell Crab ($20.90) fared better. Coated with a generous shower of crunchy oatmeal fried with butter and curry leaves, this was non-oily and resultantly enjoyable. As for the Phad Thai ($8.90), I can only say, "ok lah". It's a tad too sweet and somewhat lacking in complexity of flavors. You know, the type of average taste which is acceptable, but you wouldn't want to have second helpings. 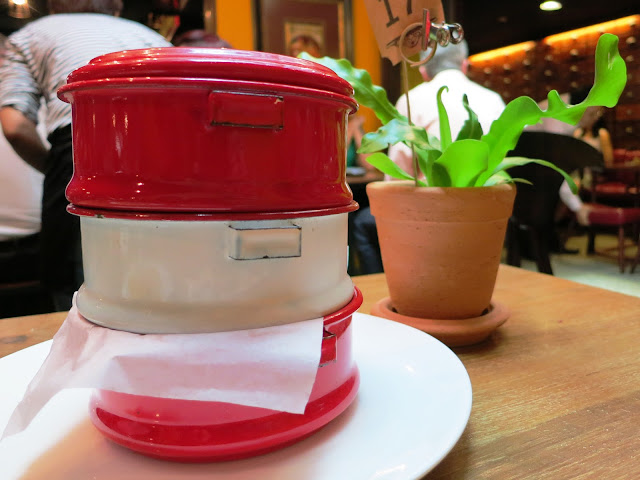 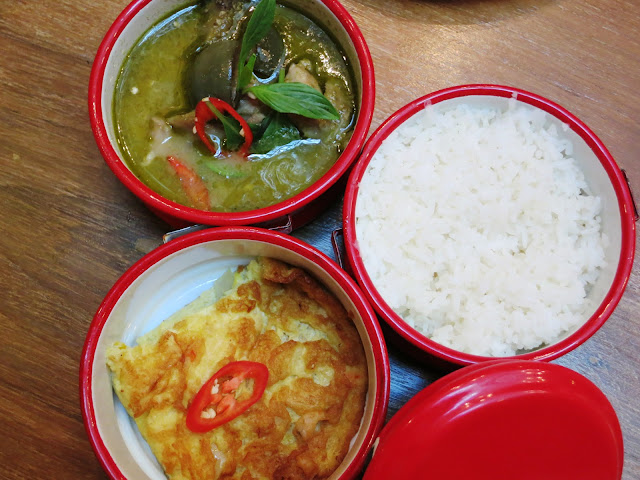 Our eyes couldn't stop glancing at the red vintage tiffin carriers in which the set lunch was contained when it was served to the surrounding tables, and ordered a set too. Our choice came with Green Curry with Chicken, Minced Shrimp Omelette and Steamed Jasmine Rice (Set B/$9.90).

While the presentation sounds like a novelty and looks so instagramable-lovely, it's essentially a two dish + one rice lunch combo (why no drink + dessert too?) which would make one scream "over-priced" if similar dishes is ordered at an economic rice stall. Pardon me for the comparison, but with the taste mediocre and portion minuscule, I would much recommend that you to go for a few a-la-carte dishes to share with your friends/colleagues instead. 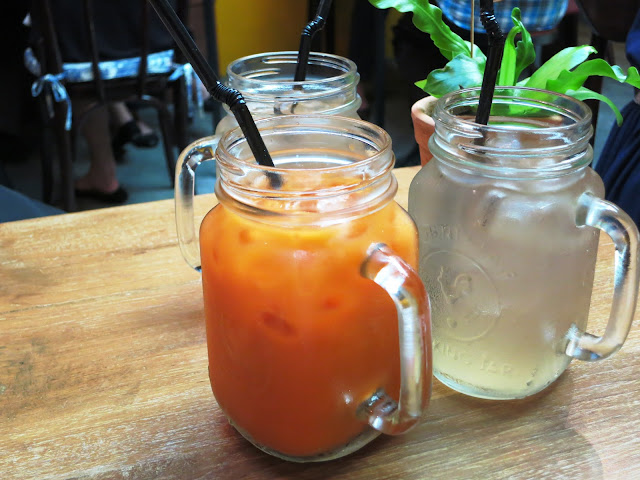 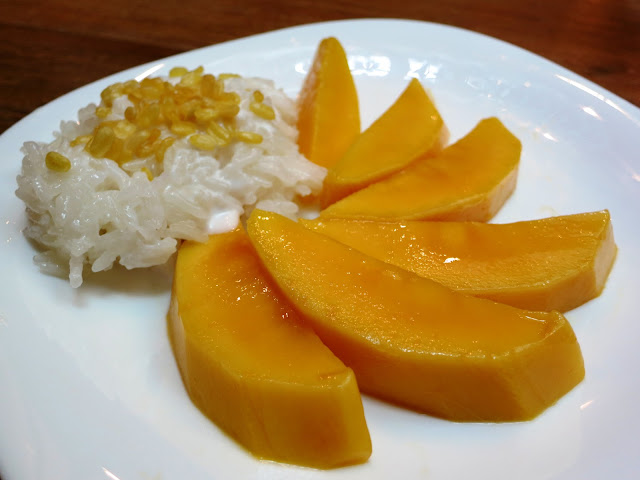 With their appealing kitschy elements and hip quotient on high, Folks Collective is a place which will probably win more lovers than haters. If I do return, it would be more for the ambience rather than anything else, which sure beats all the other commercialized Thai chain restaurants.

Posted by PinkyPiggu at 7:26 AM