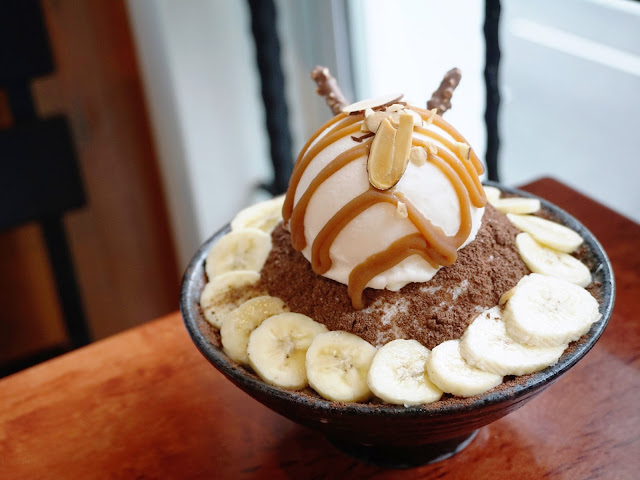 Nunsongyee (meaning "snowflake" in Korean) just opened their latest outlet at Bugis (3rd branch after Burghley and Tanjong Katong) last week, serving up their popular Korean milk ice dessert at all times of the day, whenever we the customers want it.

This is like a dream come true for those who have sweet cravings at unearthly hours, or need an alternate late-night hangout place to drinking joints. 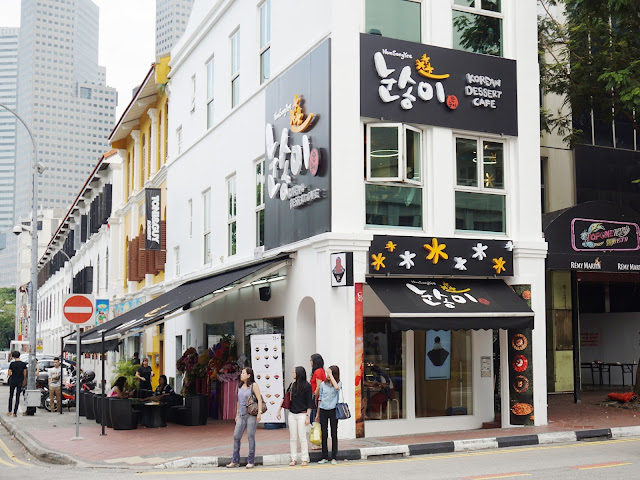 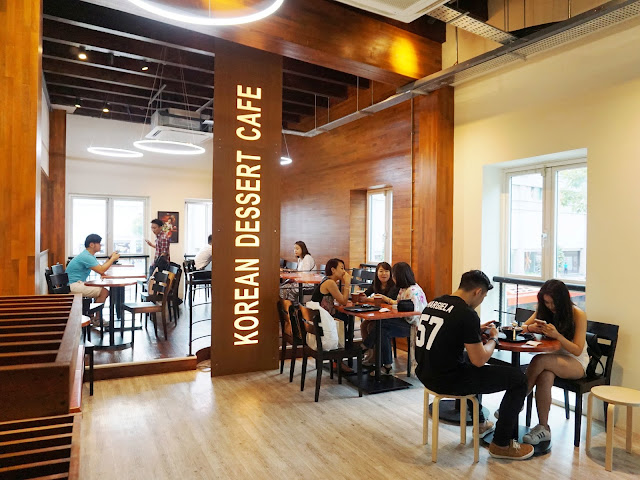 Occupying a 3-story shophouse unit across Bugis Junction where Toast Box is situated, and easily accessible via Bugis mrt station (EW12 / DT14), the location of this outlet does have a comparatively convenience edge over the other two branches. 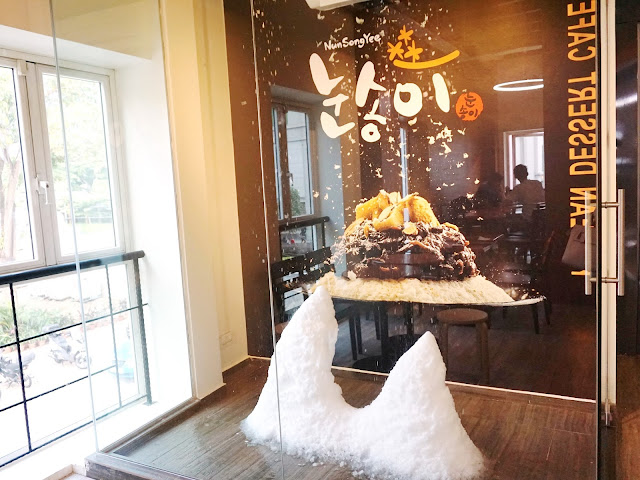 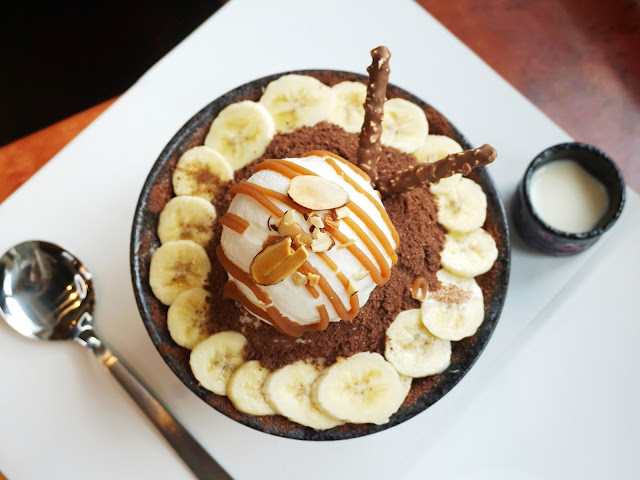 Well, I decided to go for the Choco-Banana Bingsu ($13.90)..... because it looked the most photogenic (haha, don't judge okay :p) with the dusting of chocolate powder topped with vanilla ice cream, caramel sauce, chocolate stick and surrounded by a ring of banana slices!

The combination, especially the milky soft ice, pleased in texture and taste, though it somewhat reminded us a little of Milo dinosaur. 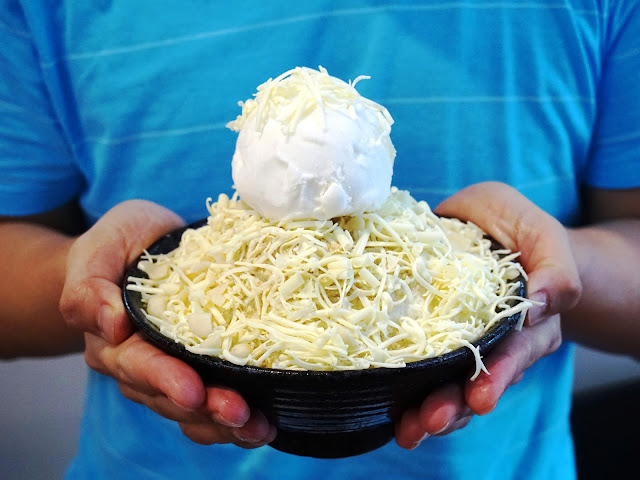 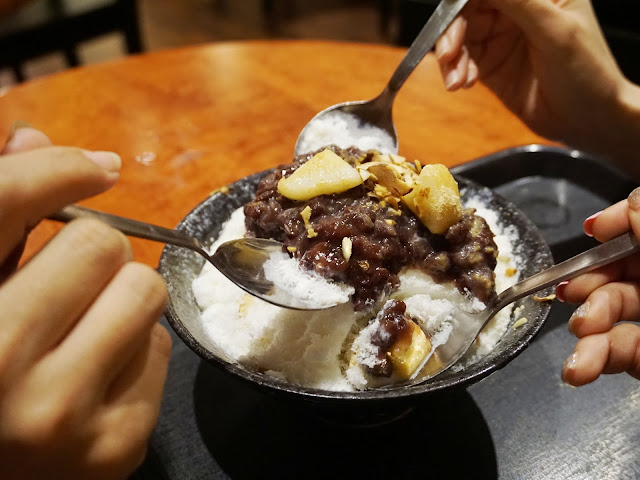 We also shared the Snow White Bingsu ($18.90), a delicate beauty with strips of cheese, white chocolate and macadamia nuts. Quite an interesting pairing of sweet and salty flavors which grew on our palates as we progressed further into every spoonful. 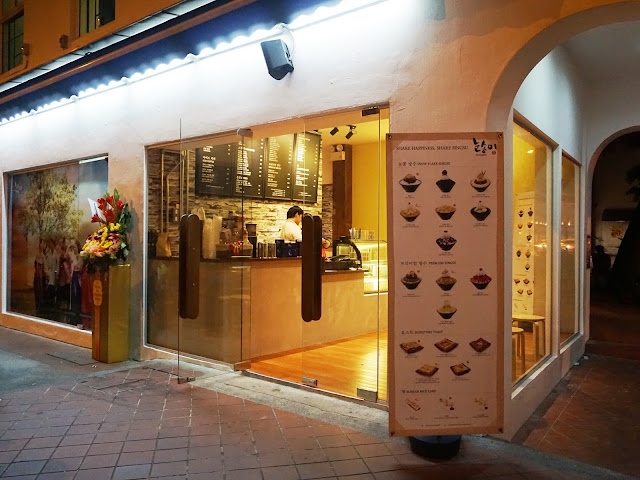