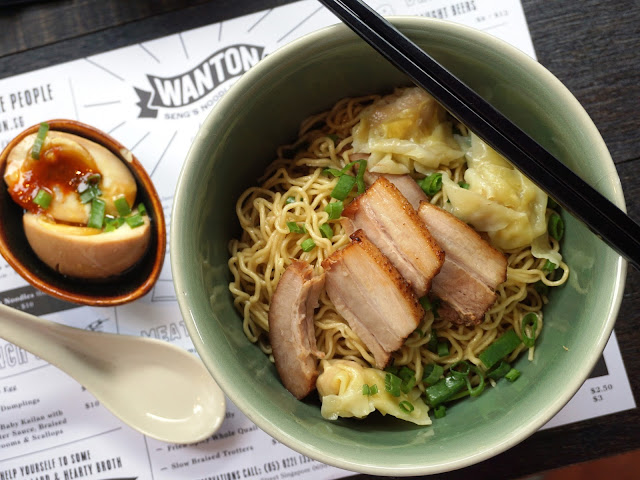 Wanton Mee, one of our favorite everyday hawker dish, has gone hipster! Say hello to WANTON at Amoy Street, a collaboration between between Seng's Wanton Noodles at Dunman Food Centre, and The Establishment Group, which runs Pluck in Club Street.

The concept sounds appealing enough: Wanton mee modernized and served in a cool, minimalist ramen bar-like environment completed with long counter seats. What comes next? Substance for the business to be sustainable, which I believe to be just as important. 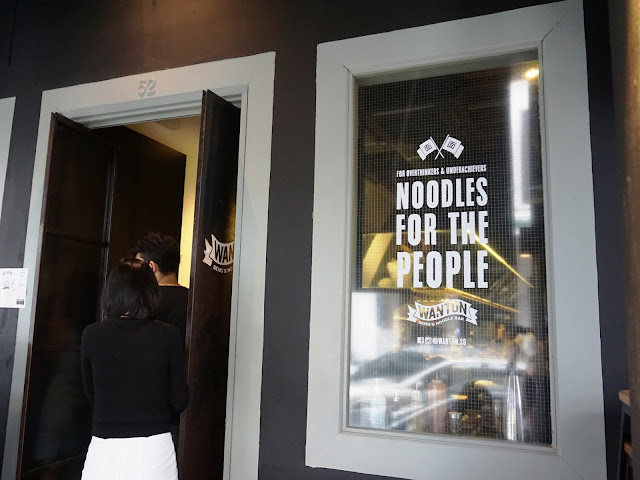 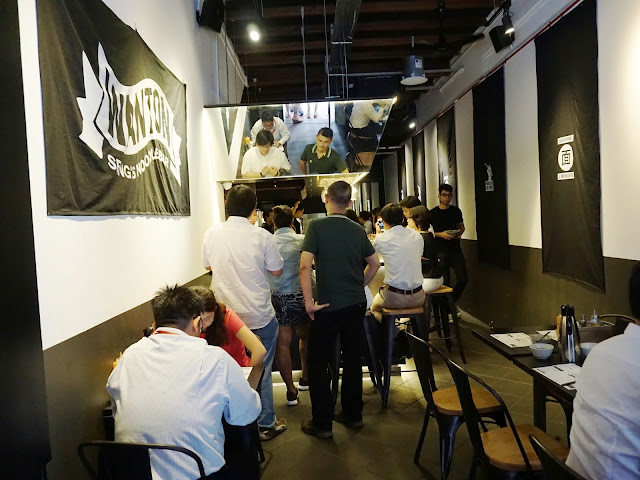 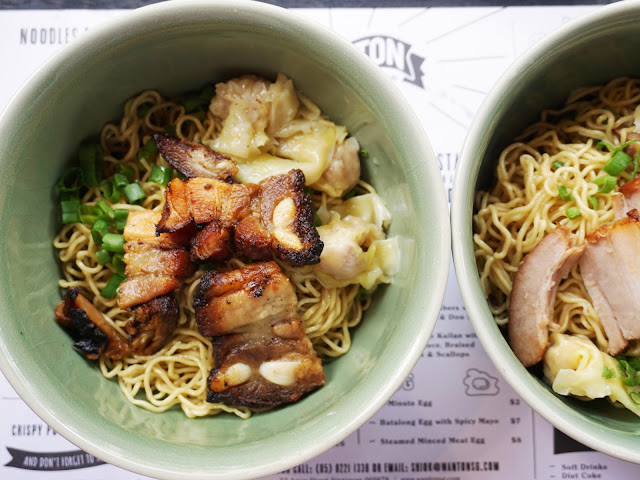 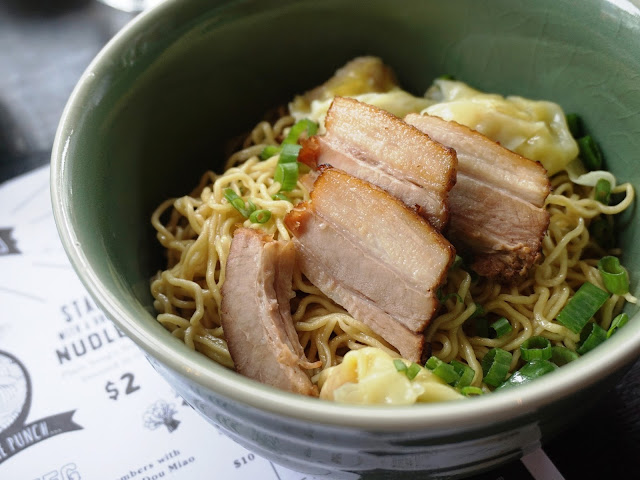 I thought we were being 'kiasu' when Daniel suggested we meet at 11.30am for lunch. "Huh so early?", but then it made sense after realizing that it is necessary to beat the CBD lunch crowd and hearing his story of his previous 3 failed attempts at getting his bowl of noodles.

(Read: Wanton Seng's Noodle Bar - Not Quite Their Day)

So he persisted in revisiting, and we got our wanton mee. But not without waiting for a good 30 minutes after placing our orders. 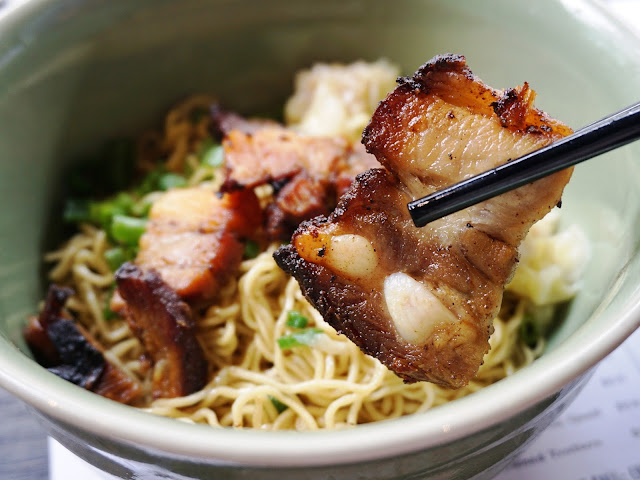 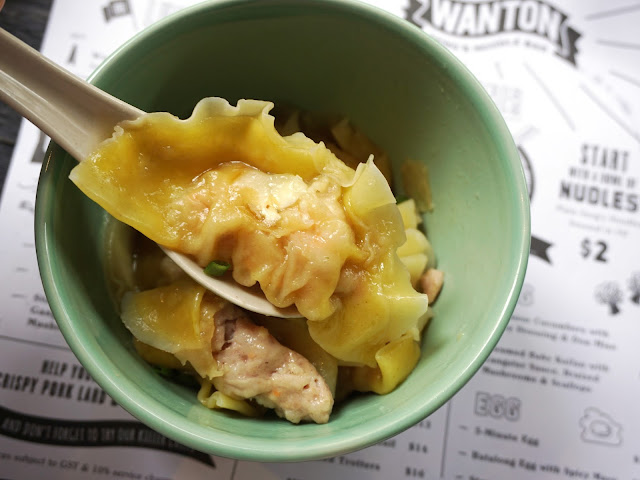 Earlier reviews has been been good so I was rather hopeful about this 'atas' wanton noodles, but the first wave of disappointment hit upon a bite into the char siew. It was dry and not tender enough. Same goes for the roasted pork belly.

It was unbelievable that the shrimp dumplings were 'chao sng', a dialect term which we use to describe food that has gone bad. Sorry but I'm not going to mince my words here: The dumplings were sour and vile tasting. Our group of 4 all spat it out.

Their explanation: They were short-handled as one of kitchen staff was on medical leave. We were then given a refund on the dumplings, but still..... 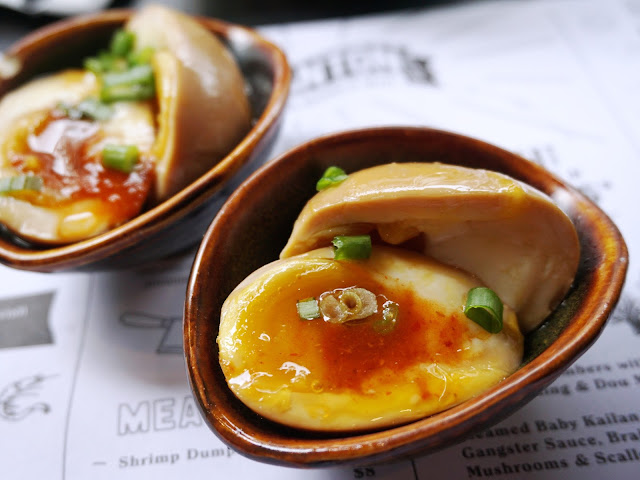 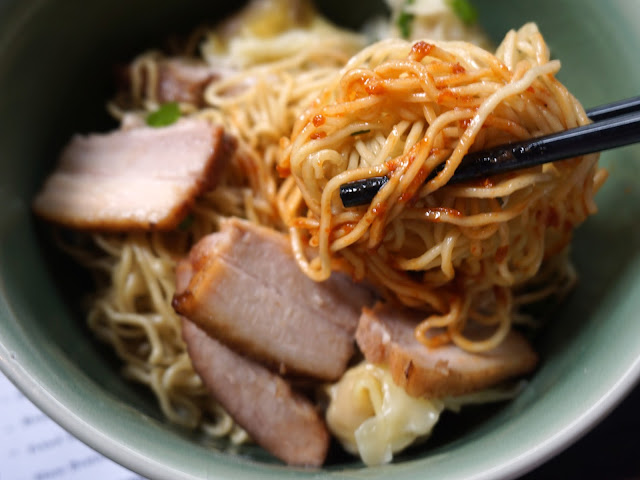 Not all was bad though. The 5-minute Egg ($2) was cooked to a lovely runny yolk center, much like those ramen-style onsen eggs. Noodles were memorable in a positive way too. I love its springy QQ texture, and minimal yet flavorful seasoning. Very much a winner especially when combined with their 'Killer Chilli'.

Our bowls of wanton mee did not satisfy overall, but hopefully with feedback comes improvement. May your experience be better than ours. 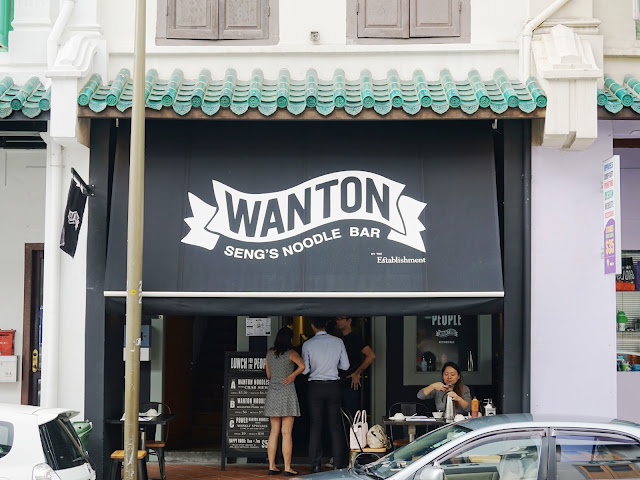