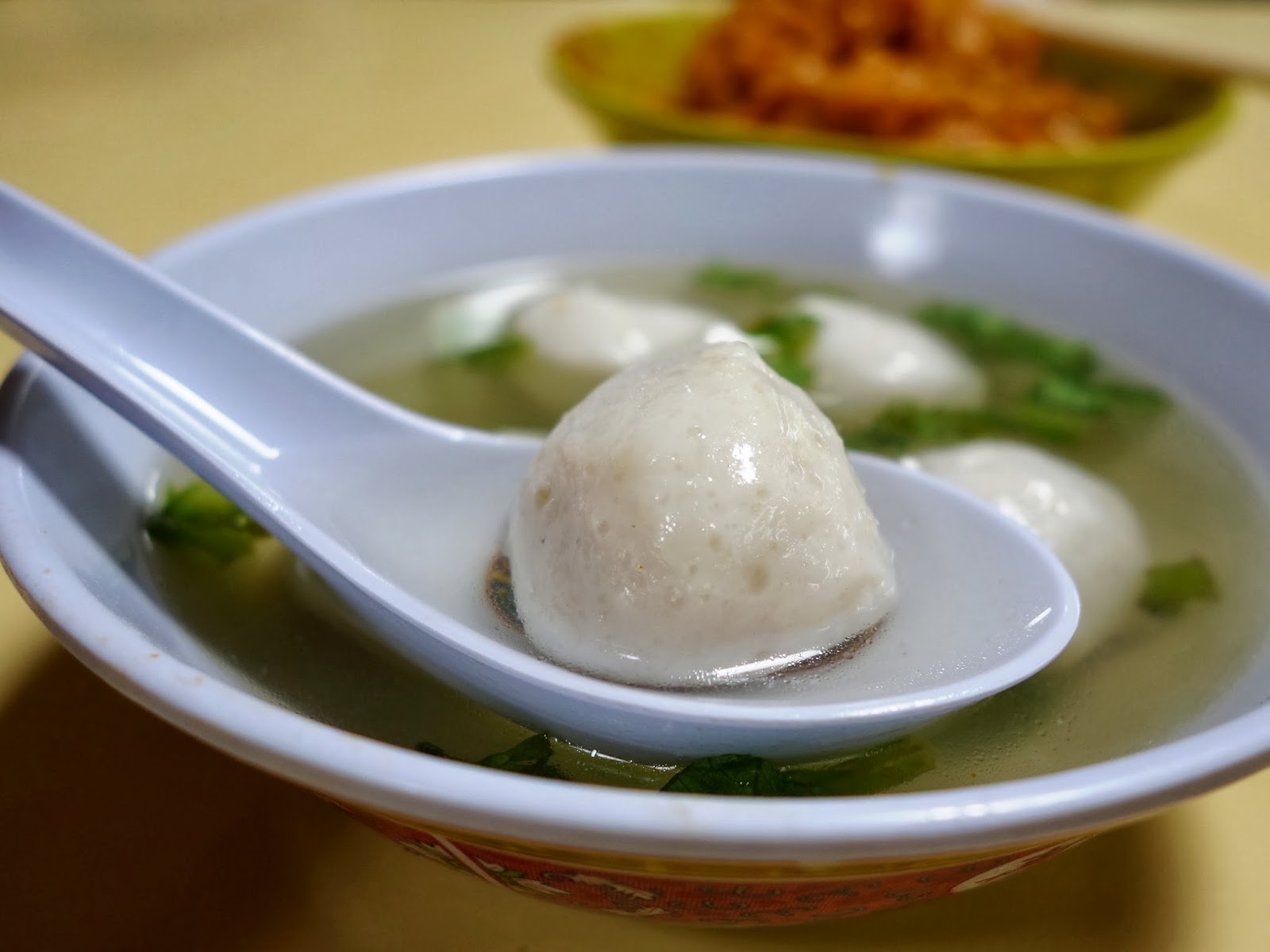 BFF and I were at Bedok South Food Centre to eat Hillstreet Fried Kway Teow but just one plate where got enough? LOL! Our eyes wandered to the nearby snaking queue and decided to check out what hawker delight is the people waiting for. It turned out to be Hock Seng Choon Fish Ball Kway Teow which is actually quite a popular stall and has been around in this food centre for over 20 years! We of course felt the mandatory urge to order a bowl and try! 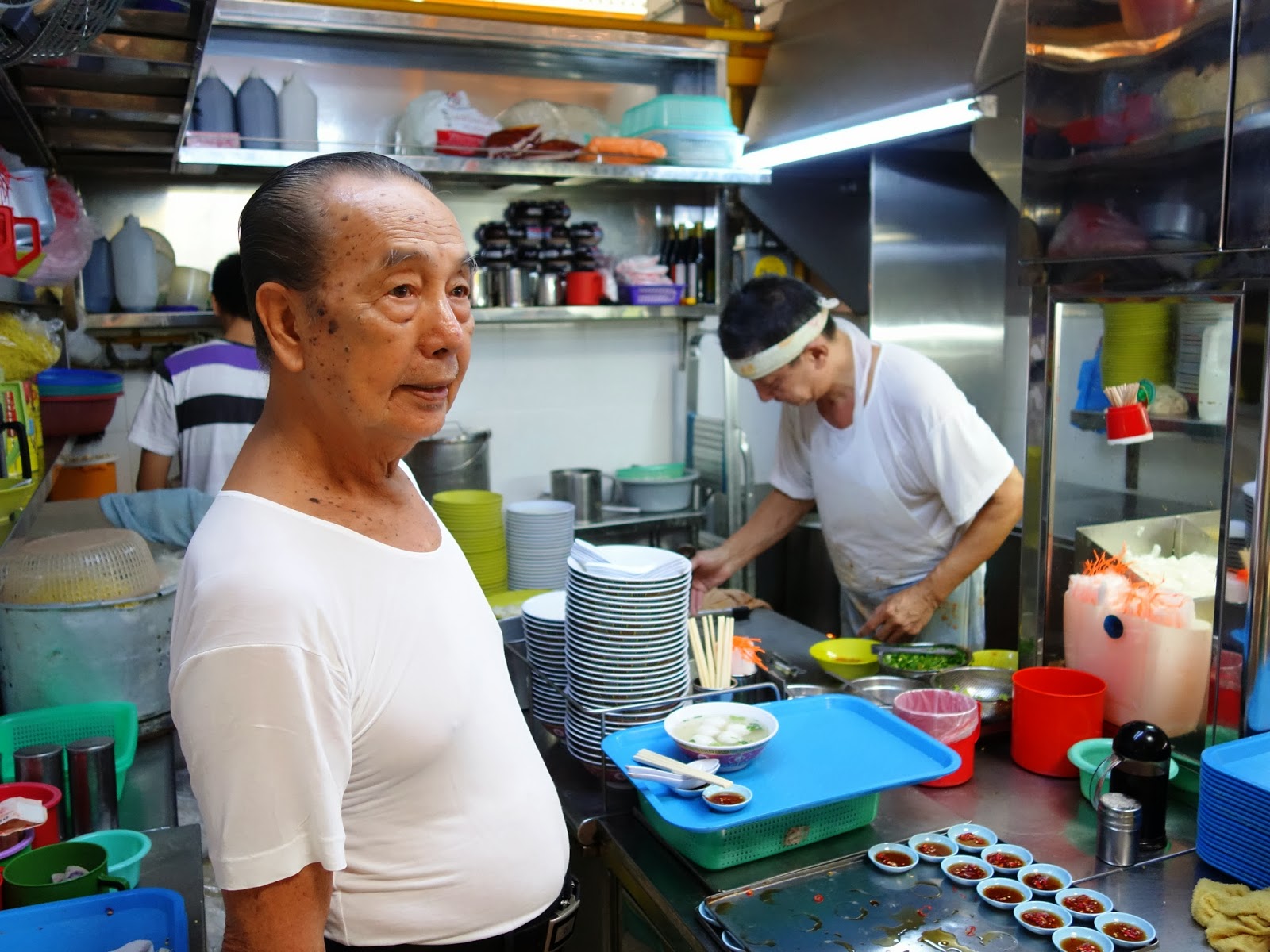 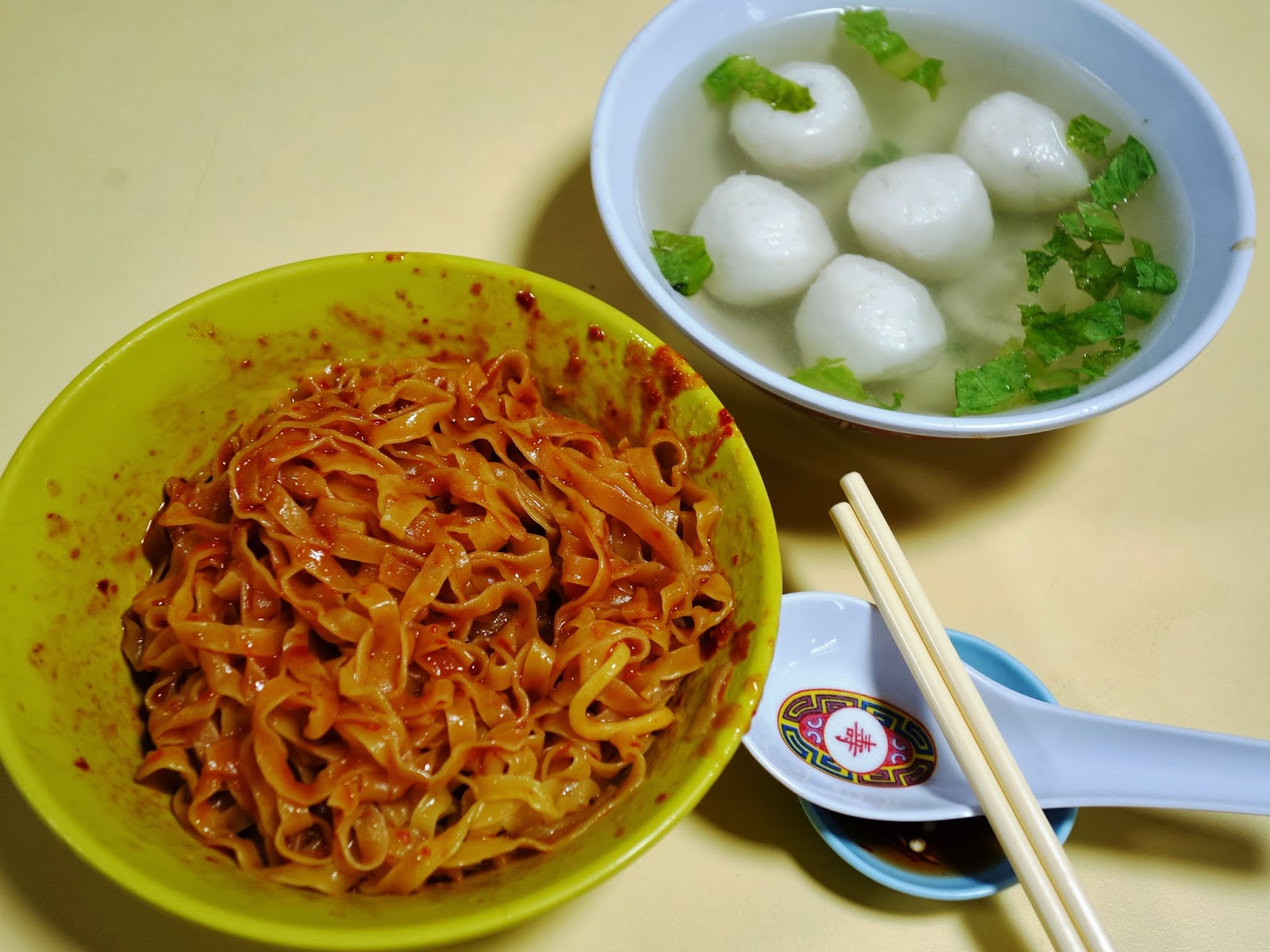 My fondness for mee pok over mee kia had me placing a order for Dry Fish Ball Mee Pok ($3/$4/$5). Irregardless whether it's for fishball noodles, wanton noodles, bak chor mee or whatever type of dry noodles, it's always mee pok by default (haha you get the idea lah :p). I'm disappointed to say the texture of mee pok here didn't catch my fancy, as my preference is for it to be less clumpy and more al-dente. We didn't try the mee kia version and maybe it fares better? The addition of sweet tomato ketchup into the seasoning sauce doesn't suit my palate too, but the chilli really packs a punch and made a redeeming note in every mouthful. 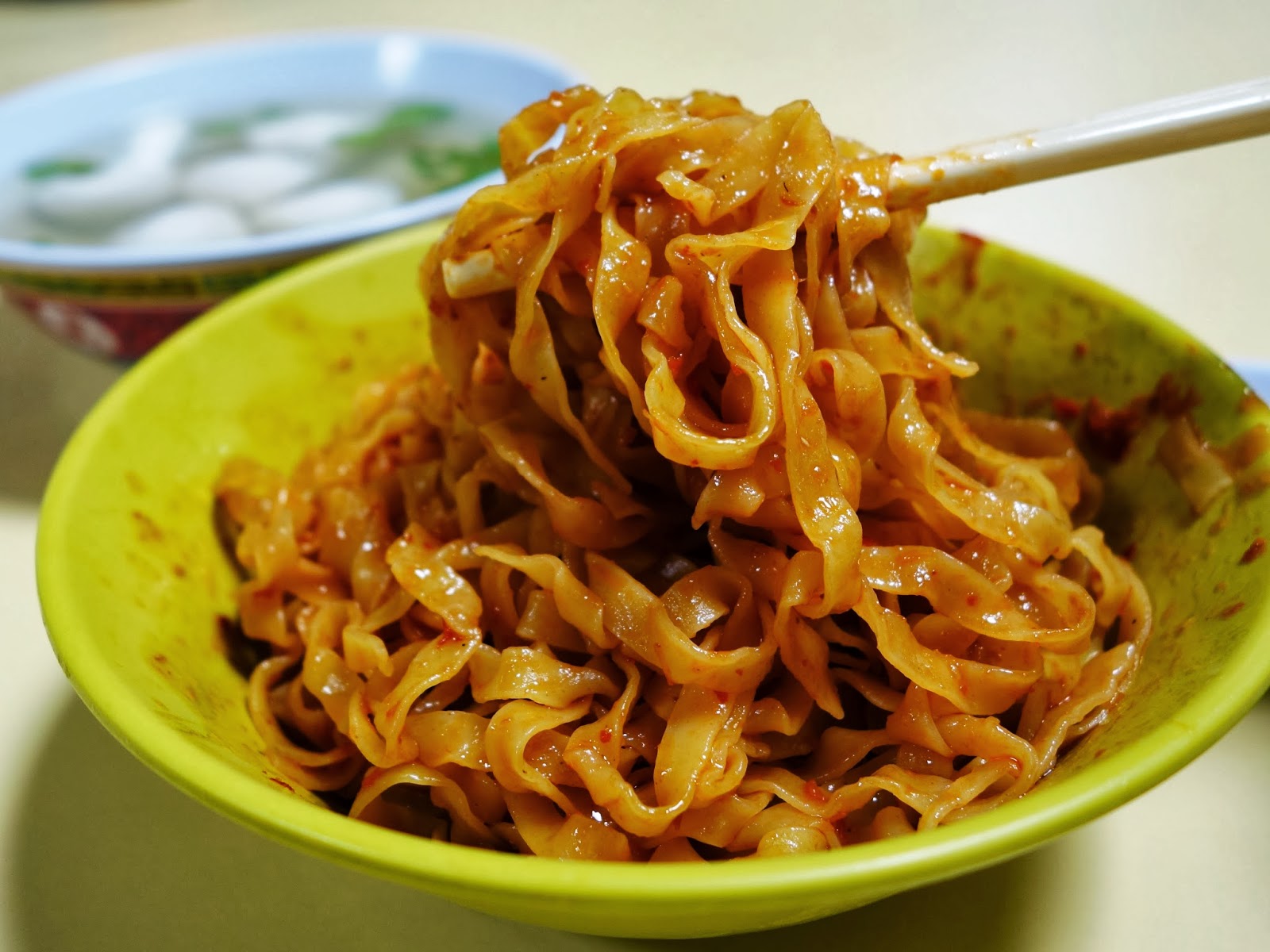 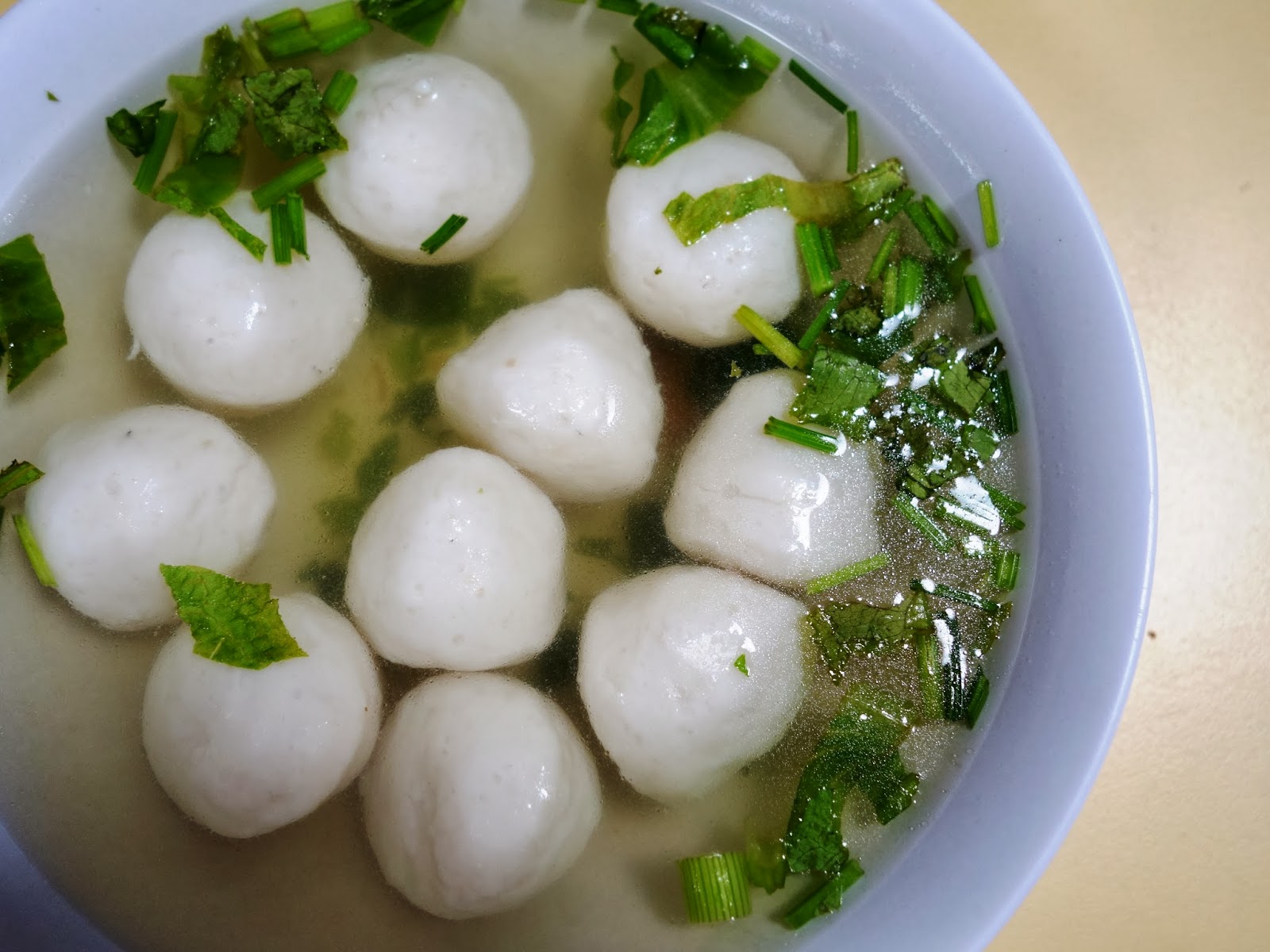 The fish balls were WOW! It was so awesome that I went back to the stall and bought another bowl of Fish Ball Soup ($3) even before we finished our noodles. Its imperfectly round appearance hints of an handmade touch and a bite into the balls confirmed our suspicion. The texture was soft yet bouncy, nothing like the factory-made rubbery ones which we are nowadays choked with. We can even taste the subtle sweetness of the fish. Simple pleasure of everyday food at its very best, this fish ball soup is definitely an epitome of it.

Seldom eat fish balls because I don't really like it, but now I finally found one which I fancy :) 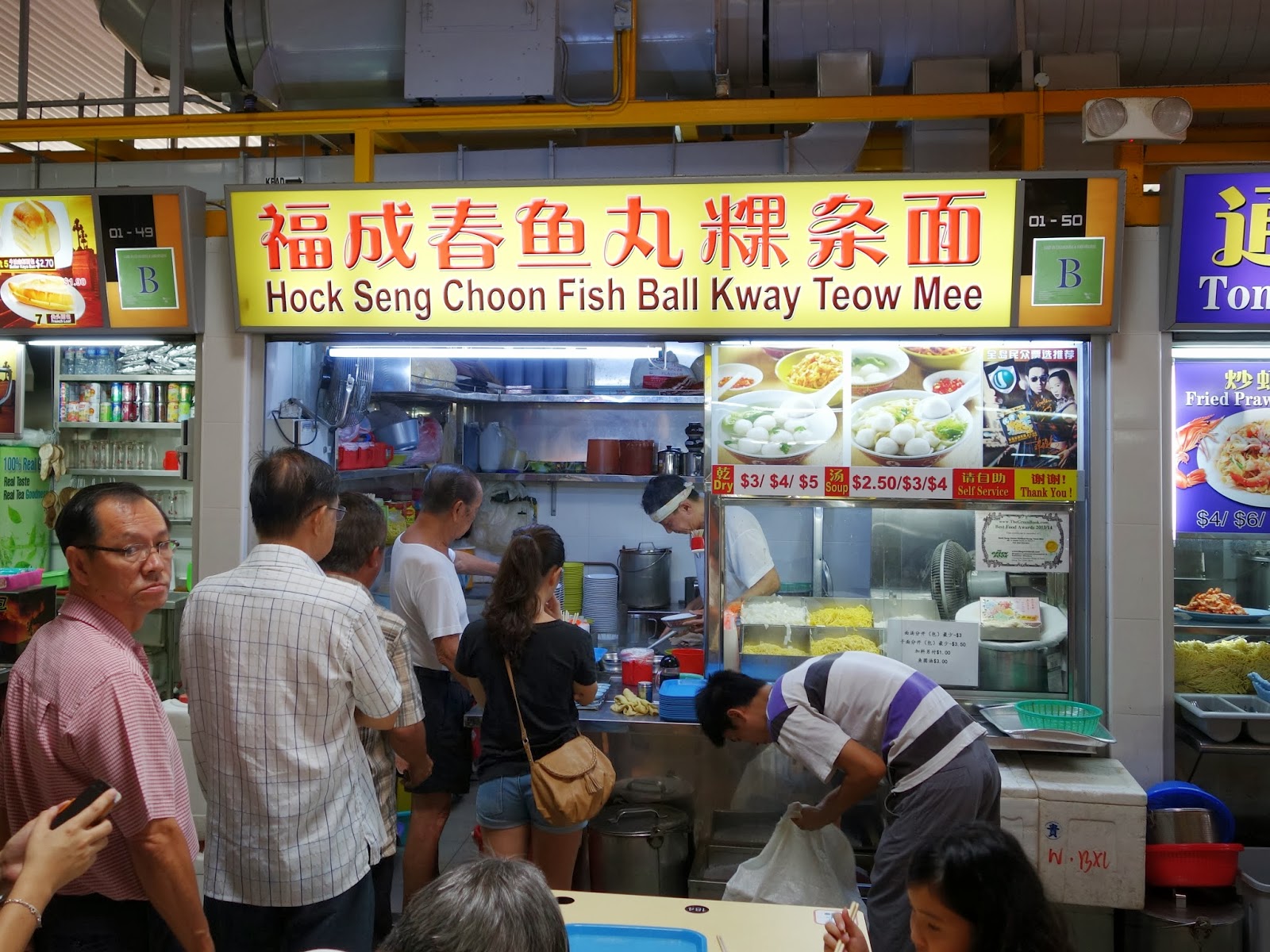 Posted by PinkyPiggu at 4:27 PM