Hillstreet Fried Kway Teow @ Bedok South Food Centre ~ One Of The Best In Singapore! It's LARDelicious! 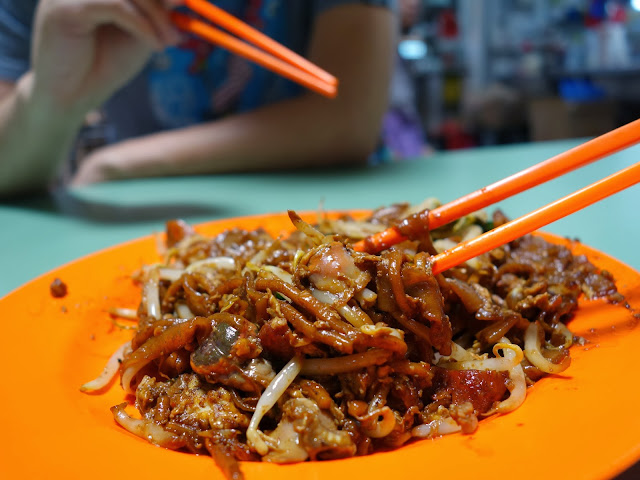 A filming engagement brought me back to Lek Lim Nonya Cake Confectionery in the far far far east land of Bedok which is really a great distance to travel for me considering that I stay in the north. Since I already went all the way there, I took the opportunity to try the famous Hillstreet Fried Kway Teow which I always hear friends talking about. It's considered by many to be one of the best char kway teow (CKT) Singapore! 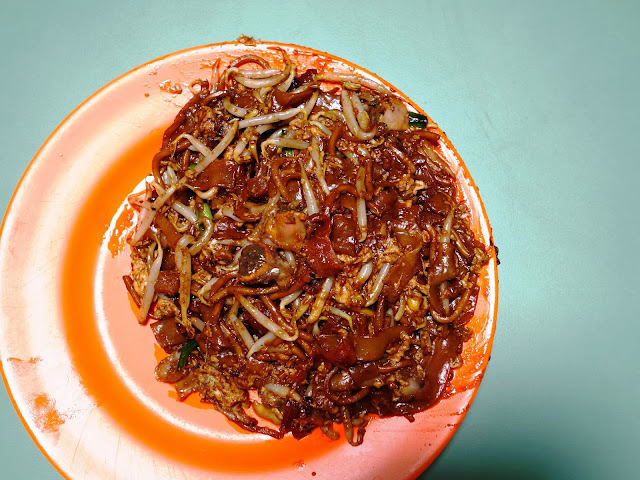 Partner in calories sin is my BFF who stay in the east. Jealous lah, it's so easy for him to hop on a direct bus from his house to Bedok South Food Centre where the Hillstreet Fried Kway Teow stall is located and enjoy the CKT anytime. If you're unfamiliar with the food centre like me, not to worry because it's very easy to find where the stall exactly is. Just spot the queue, spot the stall! 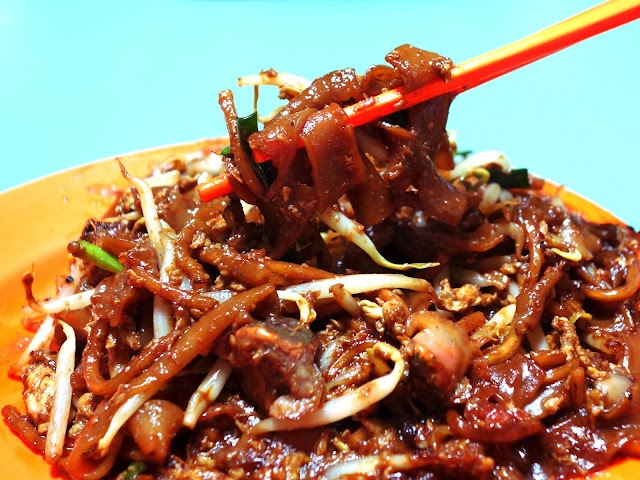 After standing in line for 30 minutes, we finally got our plate of CKT ($3/$4) yay! The mixture of yellow and flat rice noodles were stir-fried in a sweet black sauce over high heat, giving it a wonderful aroma and coat of dark luscious shine. Texture was executed to perfection, soft, moist and not too greasy, simply lovely when combined with egg and crunchiness of beansprouts (even though I do not really like beansprouts). Enhanced with additional flavor of chives and brimming with hum (cockles), this plate of CKT was beautiful.

Ultimately, what made me like this plate of CKT was the generous bits of crunchy pork lard accompanying each mouthful! It was so inexplicably fragrant and heavenly! Definitely a component that is essential and irreplaceable. In my view, that's what made CKT so delicious.

In BFF's words, it's "LARDelicious!" 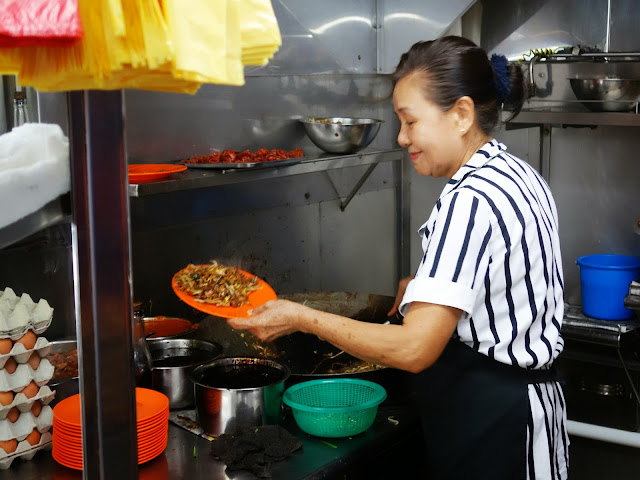 More often than not, I had my fair share of CKT which are either too wet, too dry, noodles too hard, or it having an identity crisis of being a plate of char kway teow or char tow gay. So much calories wasted for giving in to cravings and eating at wherever is convenient.

So, I was very happy that afternoon because it has been awhile since I last had a good plate of CKT. But I was later told that my plate of Hillstreet CKT is only '3rd best' as it was not fried by the stall owner. Apparently, because of the owner's poor health, his son will now do the frying in the morning and the aunt will take over in the afternoon.

Well 'ranking' aside, I still think that Hill Street Fried Kway Teow is definitely one of the best CKT in Singapore! Suddenly have the craving for CKT again as I'm writing this. Guess I will be on a CKT trail very soon :p 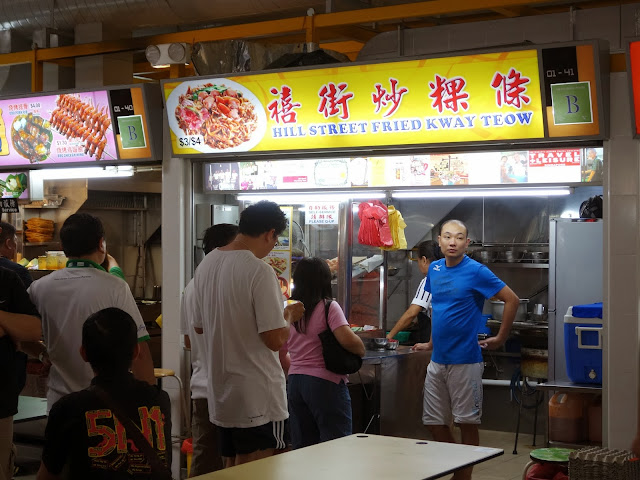 Posted by PinkyPiggu at 2:18 AM