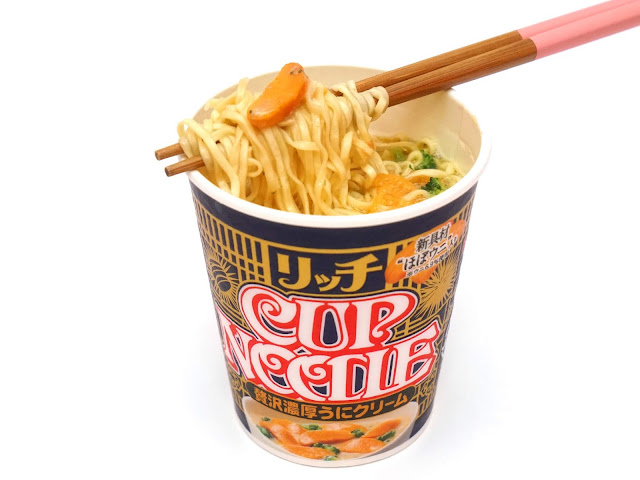 Cup noodles in sea urchin flavor?!! I wonder how long fans of sea urchin have been dreaming of it like me.

Launched on 19th November, it is currently available nationwide in Japan at a suggested retail price of ¥230. 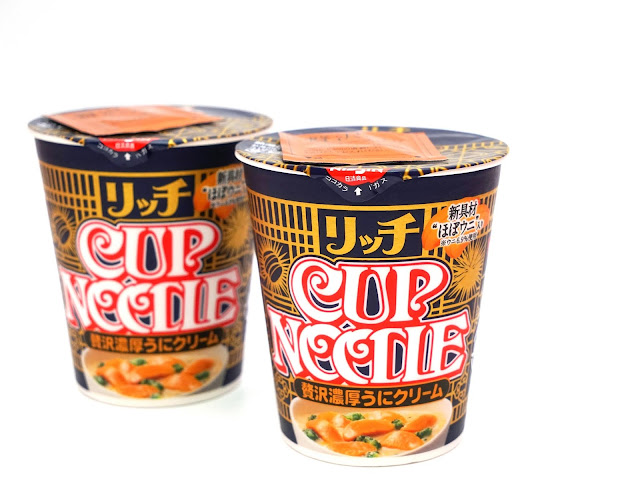 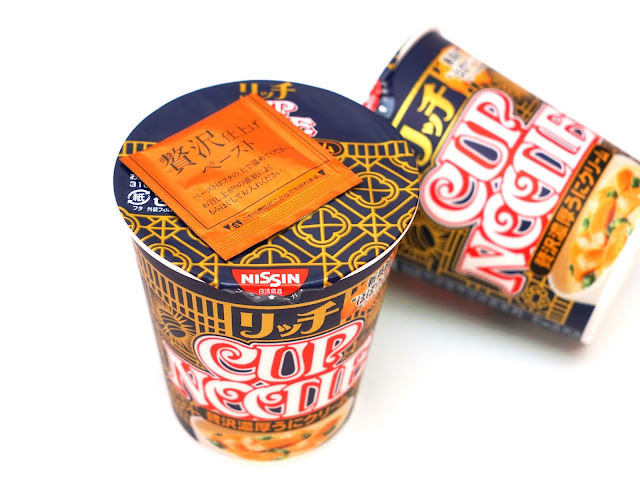 Wow! Doesn't that sound really good? I was excited yet skeptical at the same time.

While the product aims to replicate the luxurious flavour of sea urchin and even contains 6.9% of it, let's not forget that it is still processed food afterall. Expecting it to give us the same gratification as eating fresh sea urchin would be unrealistic.

So with expectations managed..... let's eat! 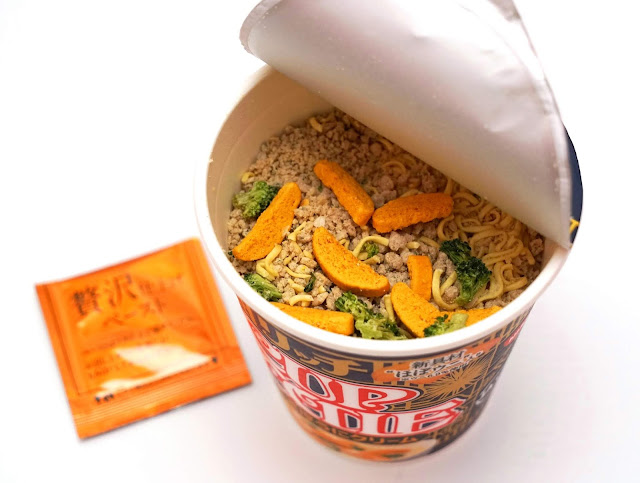 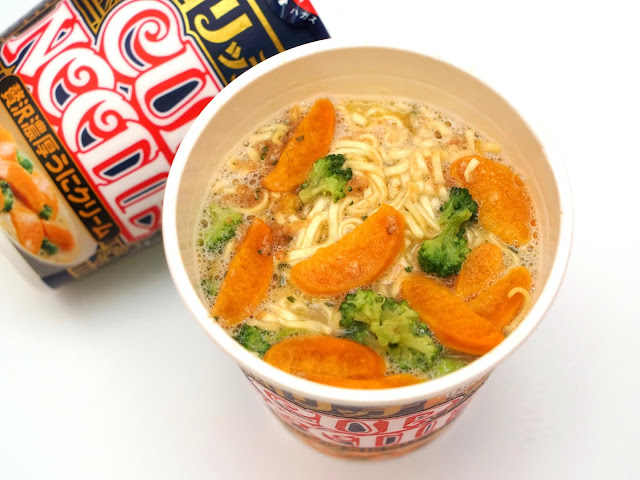 Peeling off the lid, you can see that the dehydrated "sea urchin", broccoli and powdered seasoning are already in the cup together with the noodles.

All we need to do is pour in hot water, wait for 3 minutes, add in the packet of flavour paste, and stir all the contents well for the cup noodle to be ready.

I had a sip of the broth first and was pleased by its creamy texture, and aromatic, buttery flavor. It enveloped the flat, thin noodles just nicely.

Those spongey, orange pieces did quite a clever job of masquerading as sea urchin haha! Its look can even deceive us for a split second but to say it has the umami taste of sea urchin would be too far-fetched.

Keeping in mind that this is an "Almost Sea Urchin" flavor (emphasizing the "almost" part of it), I did enjoyed the cup noodle as a convenient hunger buster. 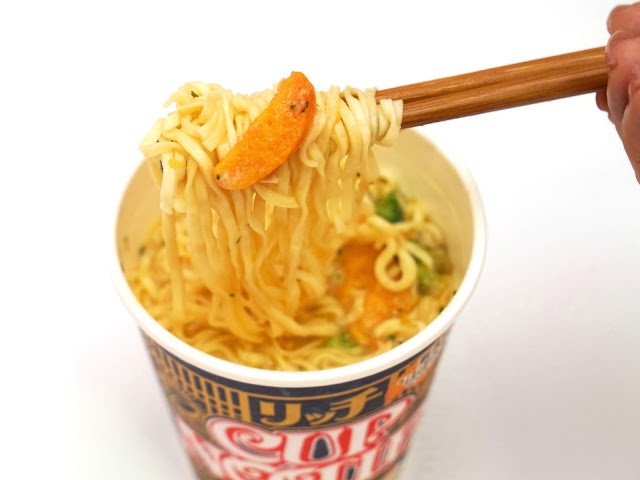 The cup noodle is not readily available in Singapore yet as a check with a number of retailers threw back negative findings.

Not all is lost though as I called up Iroha Mart at Plaza Singapore and was told they've already placed an order for it and is waiting for the shipment to arrive from Japan. It is also possible to get your hands on the cup noodle through online platforms such as Carousell and AirFrov.

Or, get your friends who are in Japan now to buy it for you! Quick! 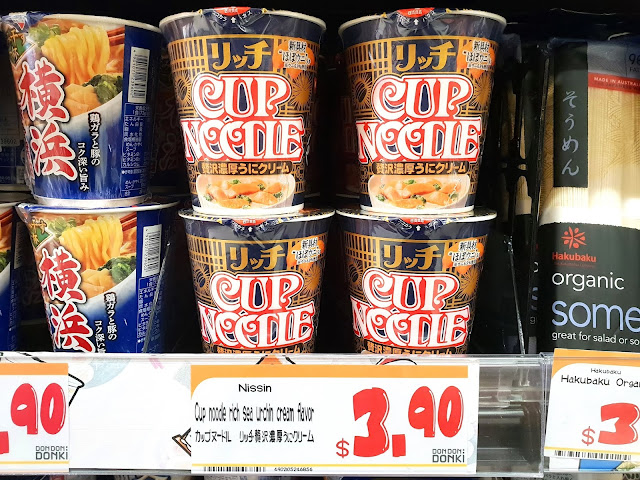 Updated on 25th January 2019: Just spotted the cup noodles at Don Don Donki at lunch time today! Go grab it if you're keen to try :)