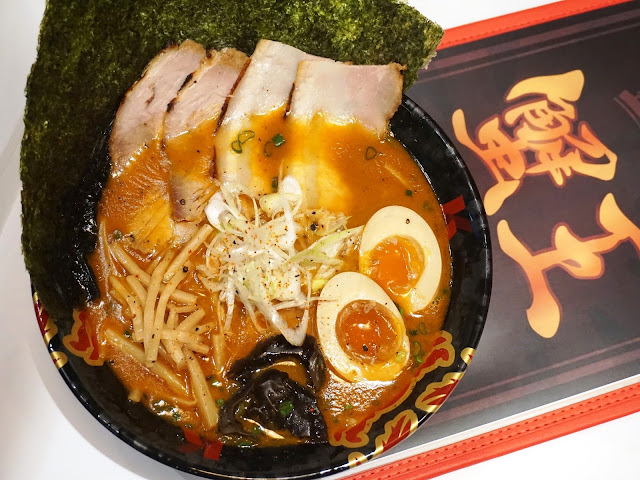 Even before I have time to try Ramen Keisuke Lobster King which opened at Clarke Quay two weeks ago, Chef Keisuke Takeda the ramen king is already launching his 11th restaurant in Singapore, Ramen Keisuke Kani King!

The 40-seater officially opens at Orchard Cineleisure on 3rd March 2016 at 12pm, specializing in Crab Broth Ramen. You'd find traces of crab flavors in the broth, even the bowls used are imprinted with images of the crustacean. 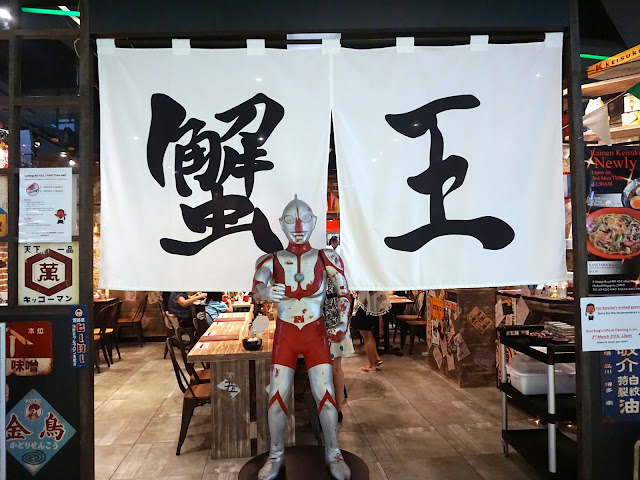 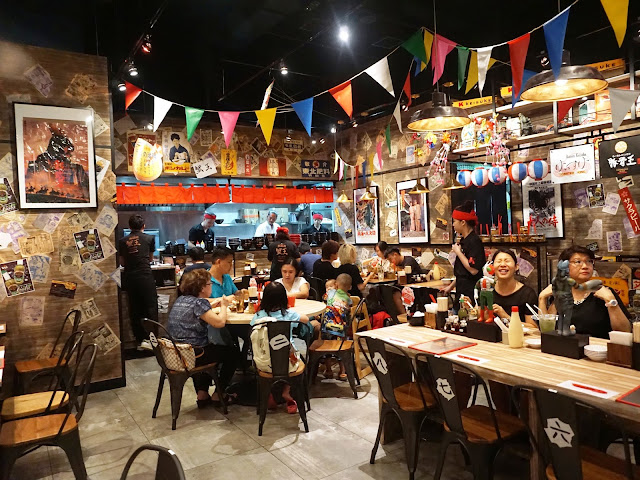 But what greeted me first was not crabs, but Ultraman! Lol! The Japanese pop culture-inspired interior undoubtedly exudes a cheery vibe.

We spotted Chef Keisuke behind the kitchen counter, as the ramen revolutionist continues to inject fresh perspective to the traditional staple. 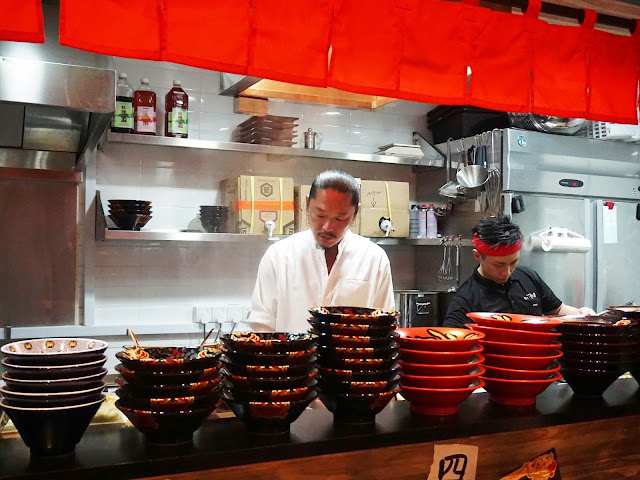 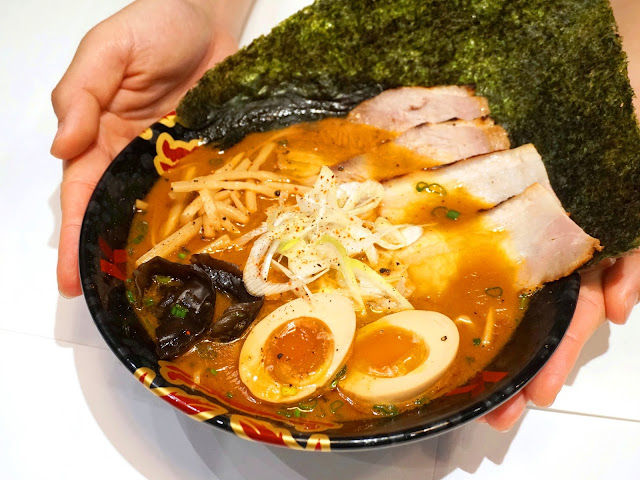 Instead of the typical pork base, a mixture of crabs, chicken bones, blended herbs and vegetables is used to prepare the stock that is simmered for hours.

We were told that more vegetables are intentionally added to bring forth a sweeter "feminine" taste for the crab broth, a play of contrast to the lobster broth's stronger "masculine" flavor. 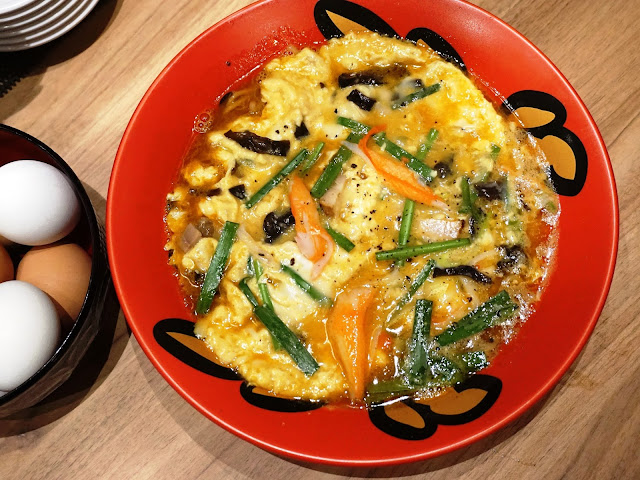 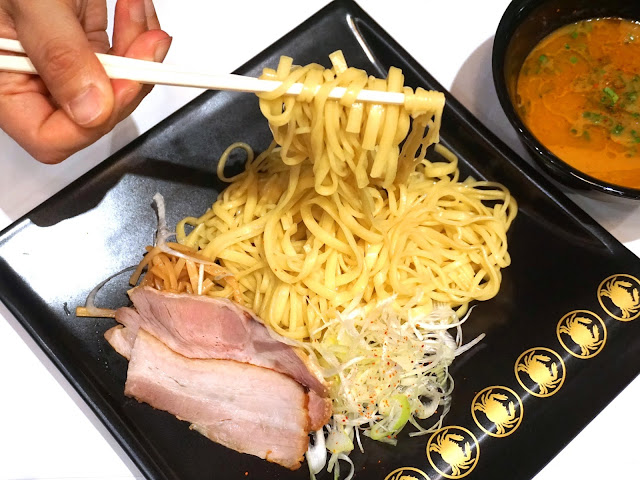 The Crab Broth with Mixed Fried Omelet Ramen ($13.90) came blanketed in a layer of soft, fluffy omelet! It is created after observations that Singaporeans seemed to fancy their eggs in this style.

With tiny pieces of pork belly and slivers of crabstick accompanying each spoonful of noodles in thick stock, this somewhat reminded us of the local Hokkein mee, albeit a wetter version.

The noodles for the Crab Tsukemen ($13.90) are deliberately crafted in different thickness, designed to provide varied enjoyment in texture. While I'm a fan of tsukemen and do like the thicker, flat noodles, its alkaline water-like aftertaste was a tad heavy. Perhaps to increase the intensity or spiciness level of the dipping broth would work better for this noodle dish overall. 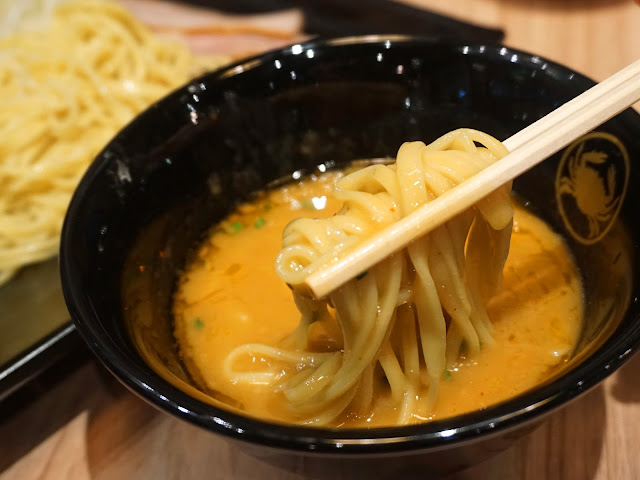 Love the vibrant color of the spicy broth in a beautiful golden bowl which was already aesthetically appetite-inducing and had me salivating over it. Wondrously luscious, the broth's spiciness was perfect in delivering a fiery kick without being too overwhelming. The springiness of the noodles was just about right too.

We also stirred in the topping of spicy minced pork for further gratification. The entire medley of flavors was spot-on! 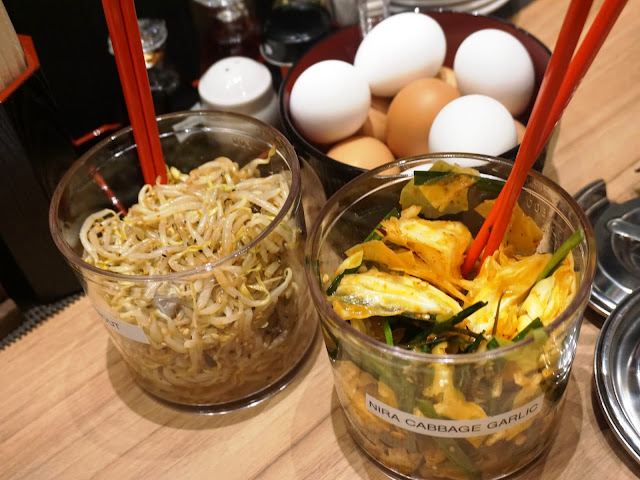 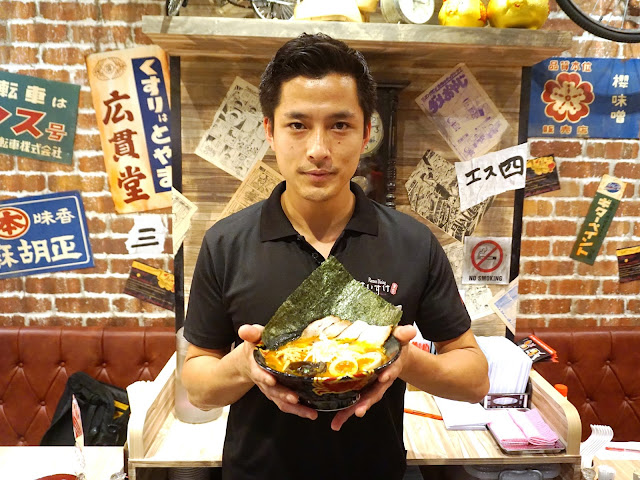 The location of this Keisuke Kani King Ramen house in the heart of Orchard is certainly convenient, and furthermore, it opens till late at 2am on Fridays and Saturdays. This would be a good supper place to indulge in a bowl of ramen after a night of movie or karaoke.

My recommendation would be: Go go go for the spicy crab broth ramen! Hot and slurpilious indeed.

Are you lusting for it already? Would you like some Ra-MEN? :p 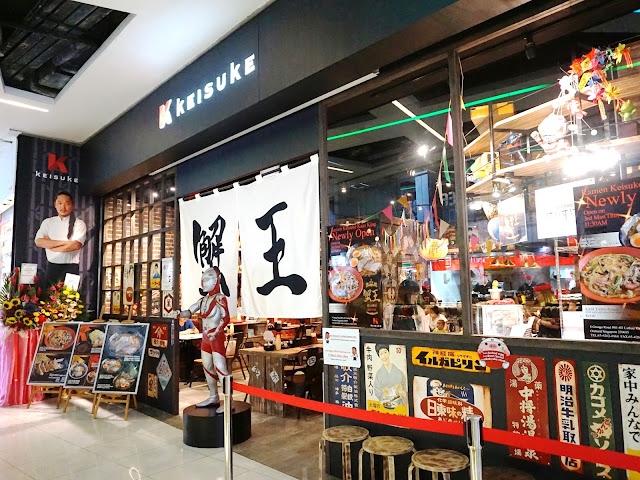