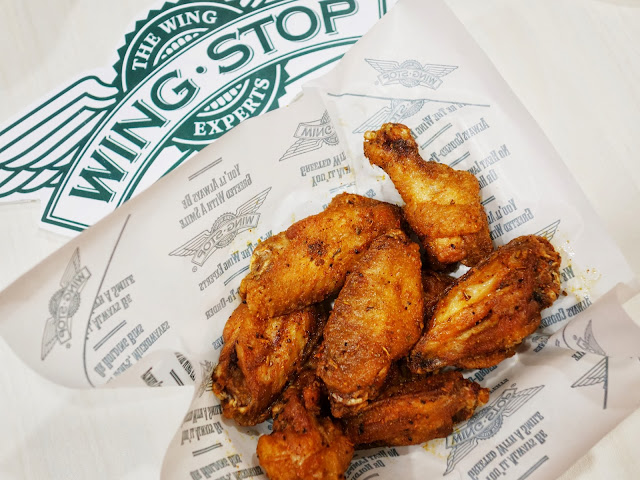 First Wings World, now Wingstop! American-style buffalo wings have began their invasion into Singapore! Woohoo! It's a good thing, because if you don't already know by now, I will declare unabashedly that I love chicken wings! Lol! With the opening of Wingstop at Bedok Mall, we are now pampered with more choices than ever! Birthed in 1994 and headquartered in Texas, Wingstop boast of 580 outlets across United States and Mexico. Up to 20 outlets are being planned to open in our tiny island alone - Very ambitious I would say! But it also goes to show the level of confidence Wingstop has in their products. 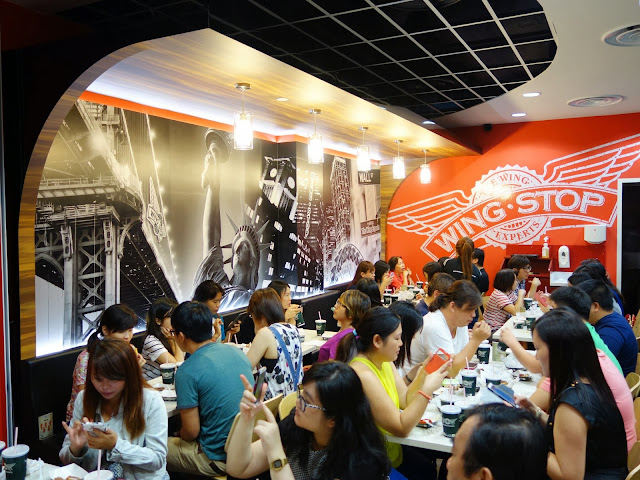 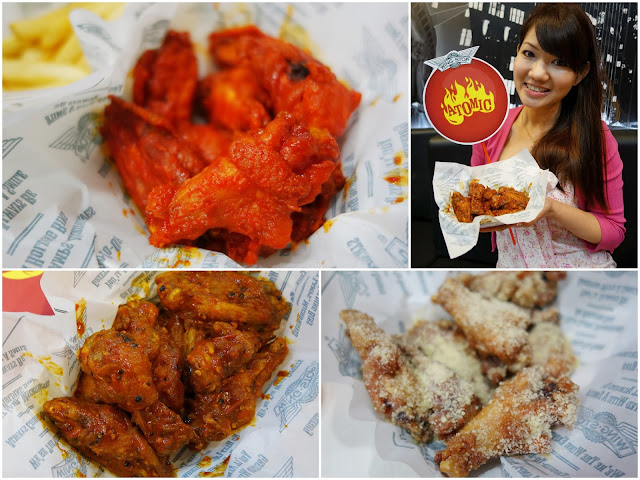 We tried most of the flavours during the tasting session and were impressed that the tastes were distinctly different and generally agreeable to our palates. It's redundant to identify the best flavour of all because each are delicious in their unique ways. There were some favourites though. 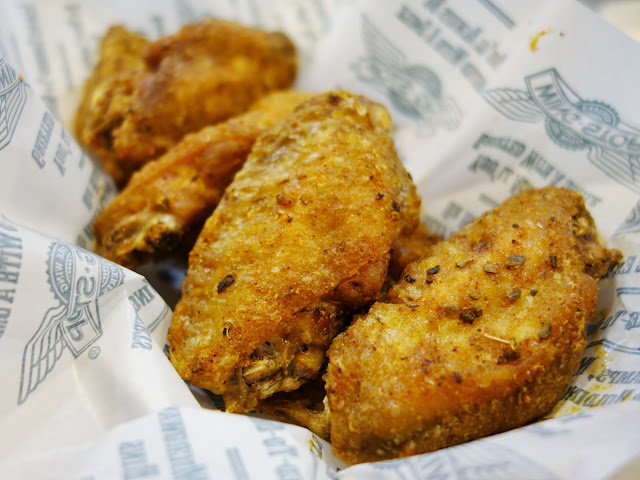 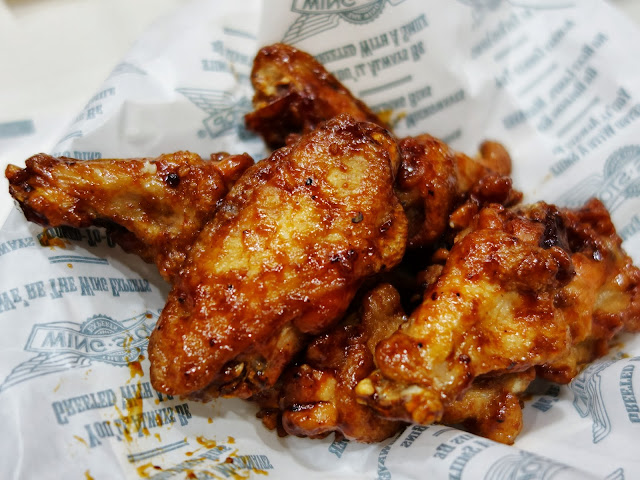 Teriyaki wings was well-coated in a nice, sweet and thick sauce and Oriental Soy Pepper was equally luscious with a taste which reminded us of plum-based hoisin sauce. There was a squeal of delight around our table as the basket of Garlic Parmesan wings arrived covered in a blanket of finely-grated parmesan cheese as pretty as snow, with a beautiful piquant taste to match. Lemon Pepper pleased us with its zest but the addictive factor of hot and spicy Louisiana Rub is hard to beat. No wonder it's a best seller and the favourite of many of us too.

Applause goes to the contestants who took up the challenge of downing the most number of Atomic wings during the "Daniel's Food Diary & Friends" event. You can see tears welling up in their eyes and struggled look on their faces as they try to gobble down as many wings as possible in 3 minutes. I thought I'm a brave chilli padi kind of girl and can take the heat of the wings, until I tried one for myself. Yes, the fieriness can get to you especially when you bite into the crushed peppercorns and feel the burn on the tongue. Still, it's darn shiok! 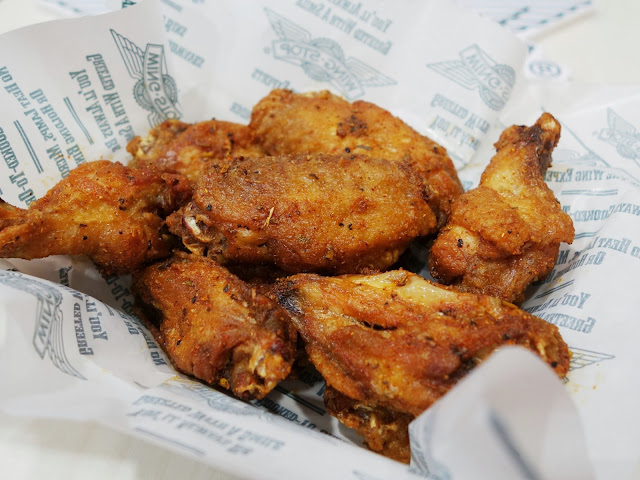 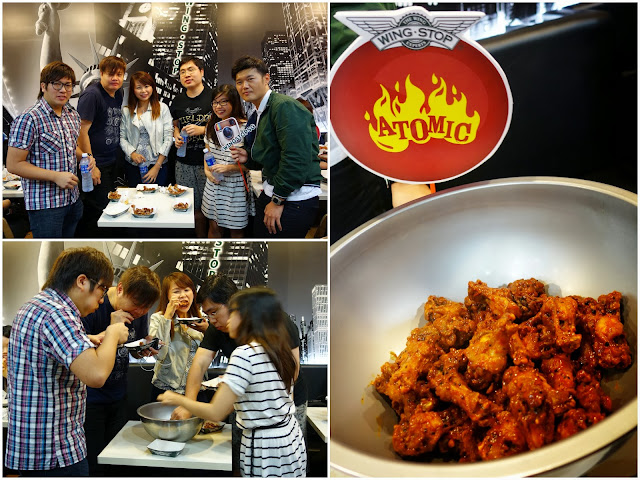 The delicious chicken wings can be enjoyed in form of Classic, Boneless, Boneless Strips and even Wing Burger! My choice anytime would be the Classic Chicken Wings. There's no greater gratification in biting the deep fried crispy skin off and enjoying the succulent flesh, before sucking every last bit off the bones, though I think some of you might prefer the boneless versions for ease of consumption. One of the girls at my table actually requested for a fork.

There were also suggestions from the table to provide diners with plastic gloves, but I think part of the joy of eating chicken wings comes from licking the sauce or seasoning off the fingers. Just get it dirty lah lol! But I wouldn't mind some wet tissues though, it would be a nice touch. 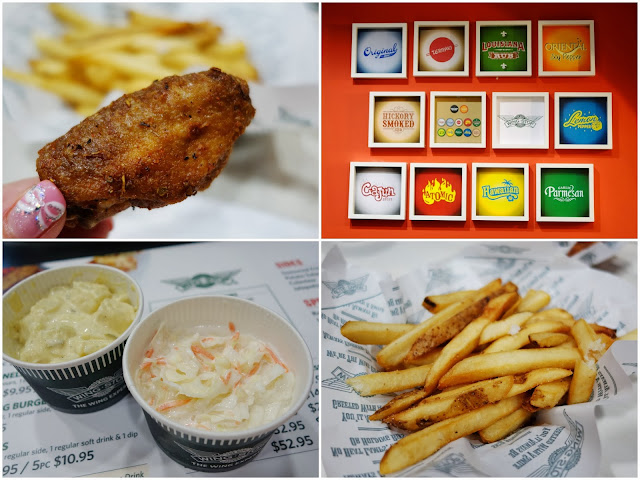 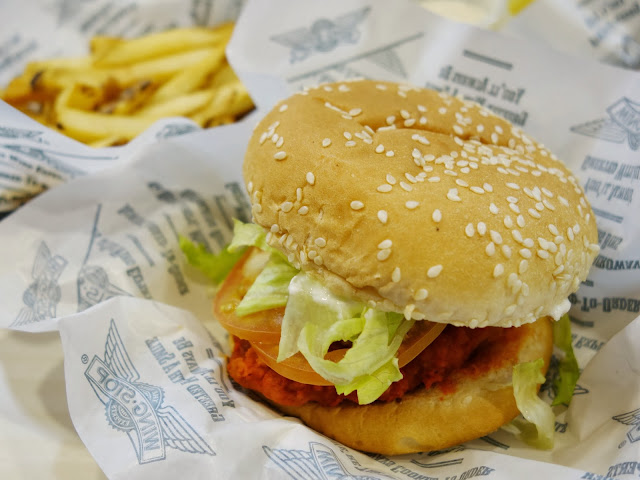 Price point is reasonable, with Classic and Boneless Wings available in combos sets which allows a mix of 2 flavours, regular side, soft drink and dip at S$9.95 for 6 pieces, S$11.95 for 8 pieces.

The bright youthful tone of the restaurant's interior radiates much vibrancy and suggest it to be another fast food establishment, but it's not really so. The chicken wings are fried, sauced and tossed ala minute and served piping hot, so do expect a waiting time of around 10 to 15 minutes. I greatly enjoyed the accompanying sides too, with the homemade, well-seasoned freshly cut fries deserving a worthy mention.

One last thing: Wingstop, please spread your wings faster and land in more parts of Singapore soon. Bedok is way too far for me to fly over often for your yummy wings :) 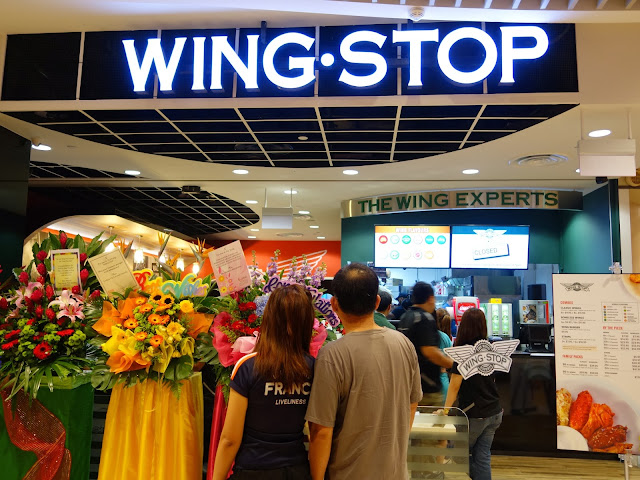 Thanks Daniel for the invitation!

Posted by PinkyPiggu at 1:30 AM