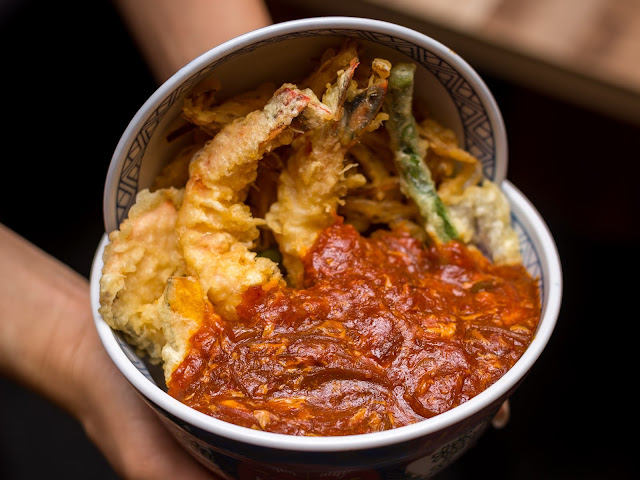 Not ramen, but tendon? A new contender has arrived at Ramen Champion Bugis+!

Instead of the usual ramen, Don Meijin stands out as the donburi specialist that offers a wide variety of Japanese rice bowl options ranging from Tendon, Soft Shell Crab Don, Jumbo Chicken Katsu Don to Roast Beef Don. All are priced affordably from $12.80 to $18.80.

Zooming in quickly to their Signature Tendon ($13.80) which offers an assortment of fried ingredients including prawn, salmon, pumpkin, eggplant, asparagus and veggie fritter. It was a tough choice to decide on which tempura to dig in first as all of them looked equally attractive with their golden crisp exterior.

However, looks may be deceiving as not every ingredient turned out as good as they looked. The batter for some pieces was too soft for my liking. What impressed most would be their veggie fritter that ingeniously fused carrot, onion and edamame together before frying it to a lovely crunch. 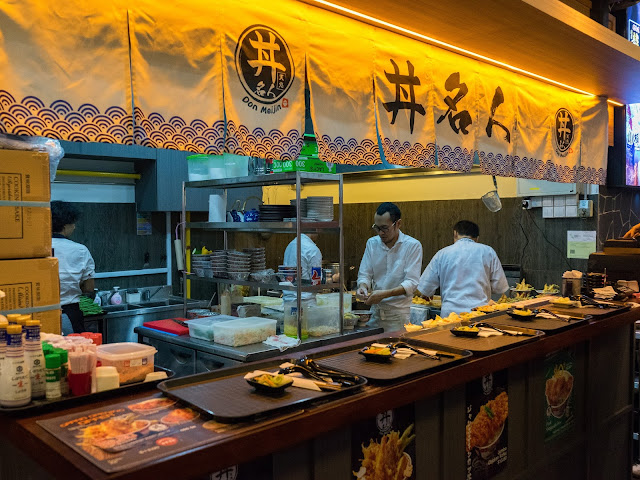 Kudos to Don Meijin for introducing an alternative way to enjoy the signature tendon! With a top-up of just $2 for the ochazuke set, customers can add rice crisps and wasabi (you might want to add this in moderation) to the remaining rice before pouring in the light and flavorful dashi broth.

Personally, I like the add-on as I prefer a soupy base to complement the fried sinfulness so that you won't be overwhelmed by the greasiness.

In view of Singaporeans' love for chili crabs, the Spicy Chili Crab Tendon ($14.80) is launched. Sole difference between this and the signature tendon dish is the homemade spicy chili crab sauce.

The starchy sauce did have a manageable fiery kick to it which will appeal to customers who favor some spice. While there were shreds of snow crab meat added, the sauce could do with a stronger crustacean flavor. 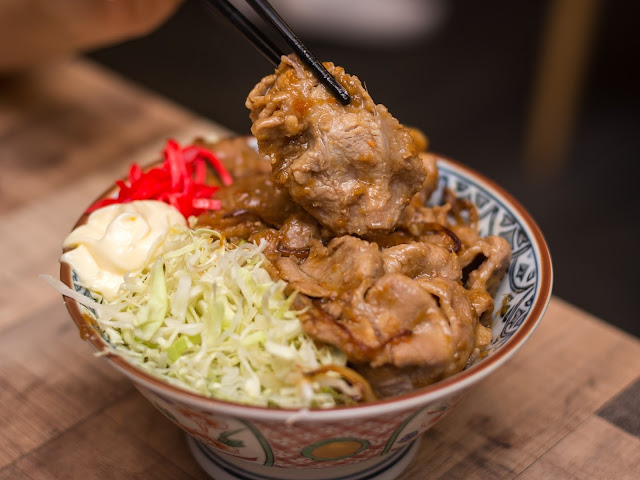 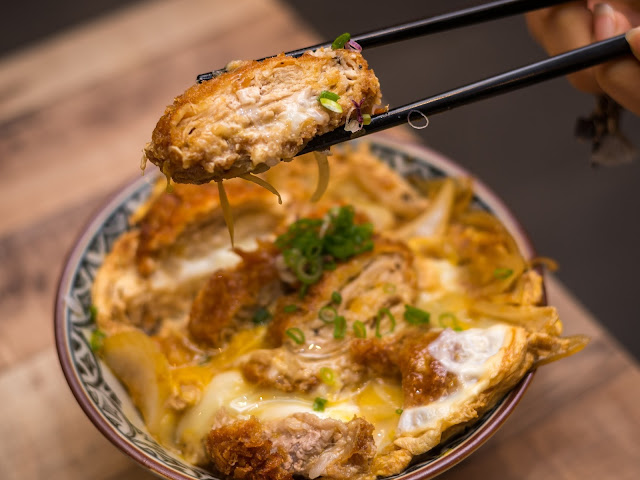 For the ginger lovers out there, the Pork Shogayaki Don ($12.80) is worth a shot. The tender pork slices are marinated with spicy ginger, soy sauce, and sweet mirin, and pairs ideally with the short-grain Japanese rice imported from Hokkaido. In fact, the seasoning was so on point that I didn't even need to touch the mayo sauce provided on the side.

Highlight of the night was the Mille Feuille Katsu Don ($12.80) where 14 layers of thinly-sliced and marinated pork loin are being compressed, coated with breadcrumbs, and deep-fried to golden brown perfection. Unlike the usual tonkatsu that requires a fair bit of work while chewing, my teeth sank into the stack of mille feuille pork with little effort. The egg and onions complemented it well. What a delectable bowl of katsu don! 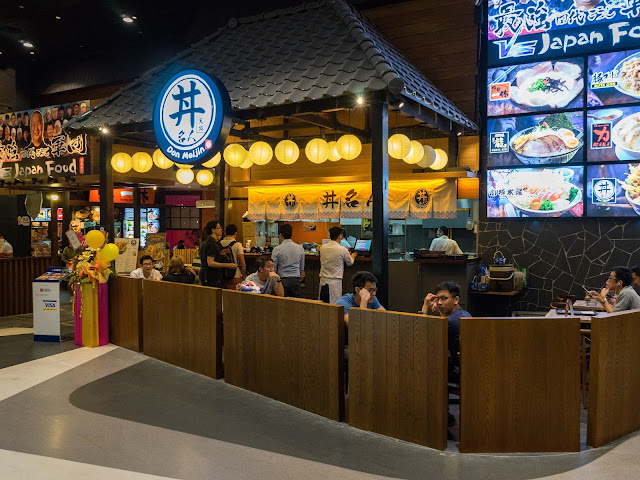 Prices are (1) Stated in Singapore dollars (2) Subject to 7% GST (3) Correct at point of published date.

* Written by Sam @sgfoodsteps, a guy who wants to take you on a food adventure.
* Edited with additional inputs by PinkyPiggu
* Photos by @sgfoodsteps