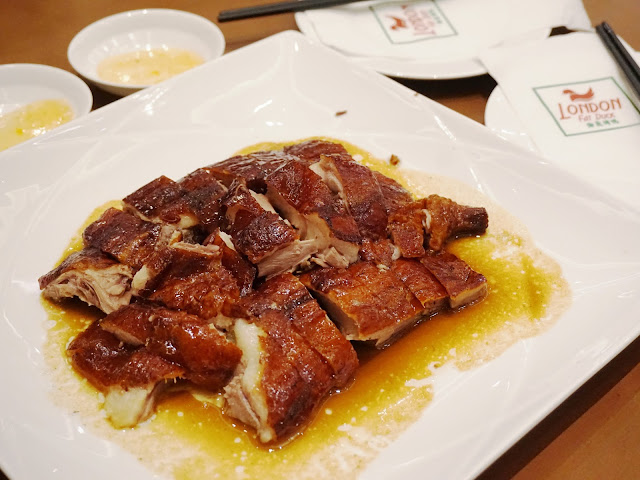 December may be the month for turkeys, but for something which we can enjoy in all seasons, ducks would be the choice of poultry. No, make it... Roasted Ducks!

London Fat Duck is a Hong Kong-style restaurant nestled in the basement of Scotts Square along Orchard Road. Besides the signature London Roast Duck, their menu also offers other barbeque delights such as char siew, crackling pork belly, as well as wanton noodles, congee, and dim sum. Very much the kind of Hong Kong comfort food not unlike what we can find at Crystal Jade or Imperial Treasure. 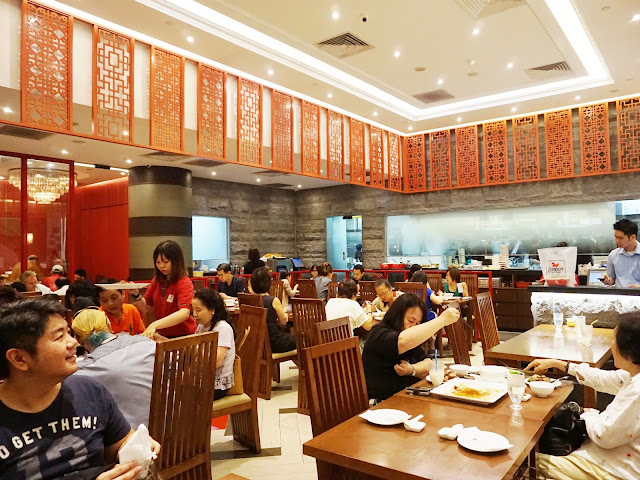 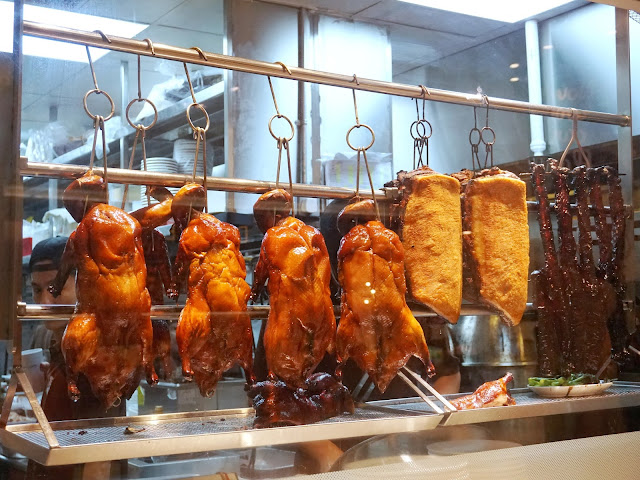 Our focus was quite clear as we went straight to order what drew us here: The Signature London Roast Duck (half $26 / whole $48.80).

Named after the city London where people flock to in search of some restaurants which are reputed to serve the "best duck in the world", London Fat Duck prides itself on using premium Irish ducks from Silver Hill farm in Ireland. Apparently, the ducks are so famous for its quality that it is even dubbed "Wagyu of Duck".

London, Irish, Wagyu? My dining companion Nat joked that the duck is suffering from some form of identity confusion lol. 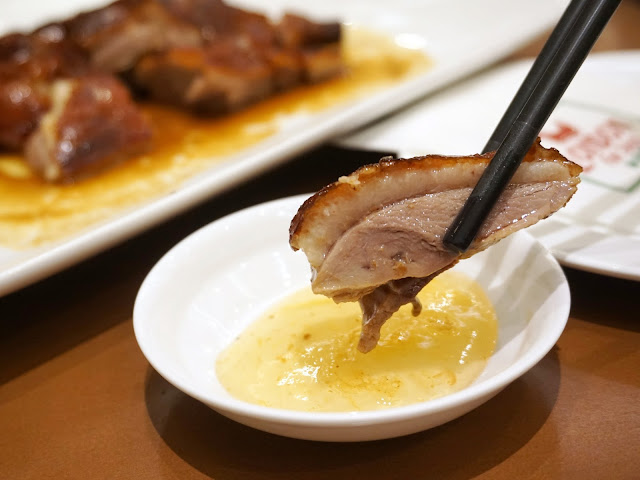 Fortunately, when it comes to taste, our plate of duck was right on spot.

It was everything we expect of a good roast duck. Meat was tender and flavorful, its skin glistened with a lovely shade of brown and was adequately crisp. That layer of luscious fat could be evidence of a duck well-fed. So lip-smacking delicious with a splash of subtle soy seasoning to lift the aromatics a little further.

The other signature item on the menu, Black Pepper London Duck Bun (3pcs $4.80) did not impress me as much. Though the baked bun's crusty exterior was easy to like, its filling was way too overwhelmingly fiery on the palate. At first I thought it was a bias view due to my personal disdain for anything in black pepper sauce, but another friend also concurred that a lighter handling could have given it a better balance of flavors. 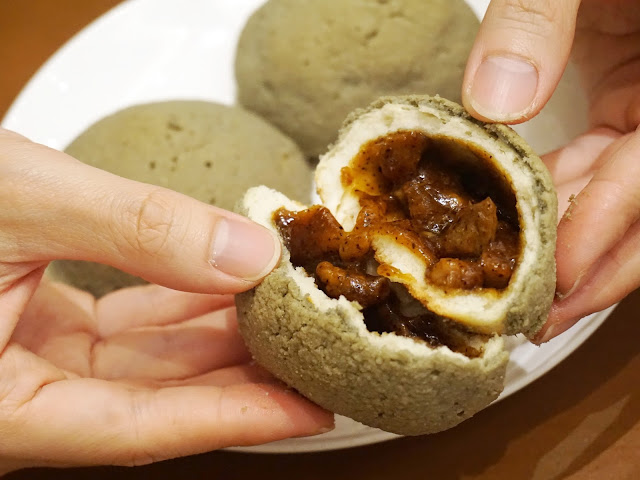 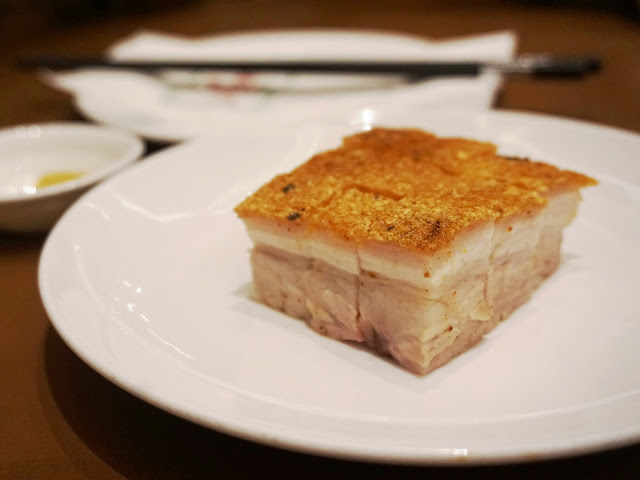 We also wished that there is an option of ordering the perennial favorite trio of Roast Duck (half $26 / whole $48.80), Honey Barbeque Pork "Char Siew" ($14.80) and Pork Belly "Siew Yoke" ($13.80) on a single platter as per usual practice in most Chinese restaurants.

To have it all as separate, albeit small servings could still prove to be too much for an individual or dining couple.

"Just order it with noodles! Then you can have your meat and noodles too!" quipped Nat. Unfortunately, I'm not fond of the noodles due to the alkaline water taste though there's nothing to fault of its thin and springy texture. 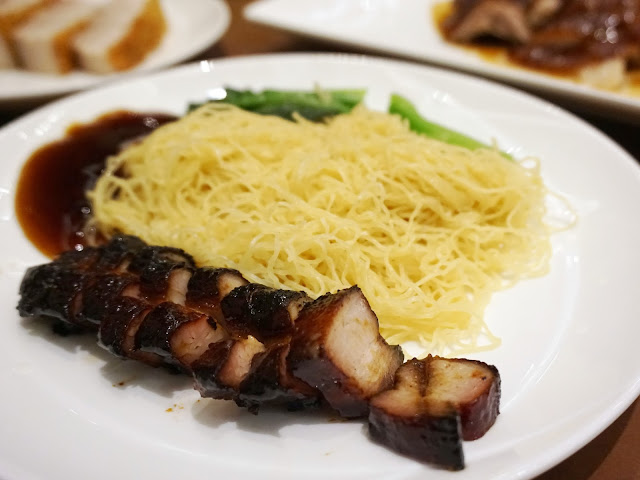 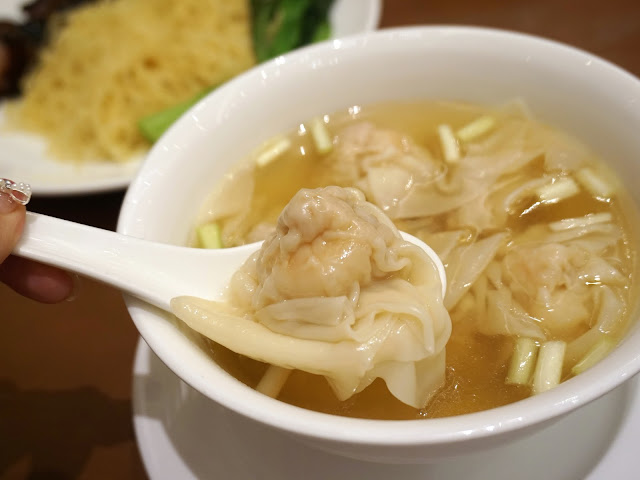 Meat wise, our char siew was a tad burnt at the edges resulting in slight bitter taste. It can do with a softer bite too. Siew yoke was competently executed but I had better versions elsewhere.

Not all the dishes that we've tried are superb, but for a quick, affordable and relatively enjoyable meal in town, London Fat Duck fits the bill. I wouldn't mind making a return visit.

Other than the delicious London Roast Duck, the other dish that I would order again would be the Hong Kong Wanton Soup ($8) for those morsels of plump, bouncy freshness. The Congee ($2.50 to $7.50) and Egg Tarts (3pcs $4.30) seems worth a try too, going by some positive reviews I've read. Prices stated are subject to 10% service charge and 7% GST.