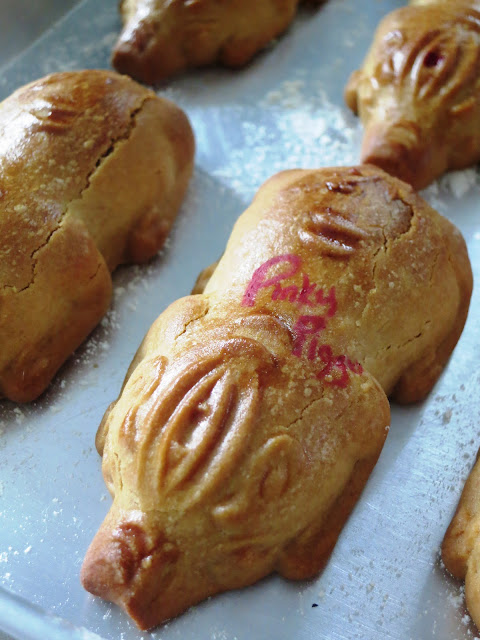 Of all the Chinese festivals, mid-autumn festival (中秋节) is the one which is seldom celebrated in my family because none of my family members are a fan of mooncakes... except me! I love this snack which is traditionally served during the festival. The combination of sweet silky lotus paste and savory salted egg yolk baked to a wonderful fragrance is just so irresistible. It makes me forget about my expanding waistline, reaching out for piece after piece. I always tell myself, hey it's only a once in a year indulgence. I can always mitigate the damage with a pot of chinese tea!

Mooncakes are now readily available as early as a month before the actual day of the festival, which falls on 30th September this year. Other than the traditional baked flavor, there are now numerous contemporary take on it.

But nothing beats traditional, and to make it better, homemade traditional.

So, when my friend, Alena, invited me over to her place to learn how to make mooncakes from her mother, I jumped at the chance! 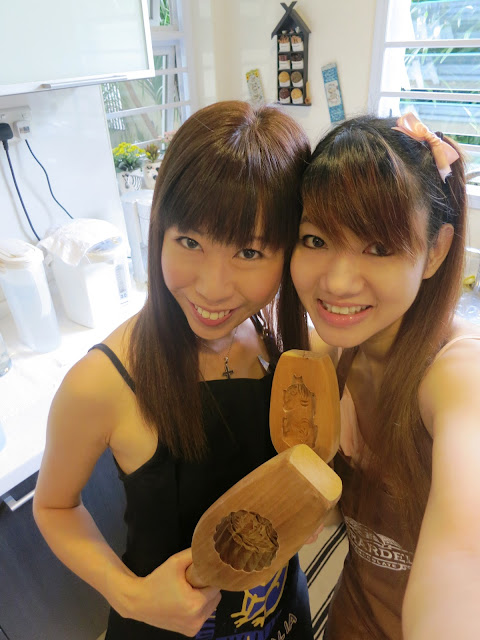 Anyone remembers the piglet shaped pastry packaged in small brightly colored plastic baskets which is usually sold in bakeries? It's actually made from the same dough as mooncakes, but kosong without any fillings. 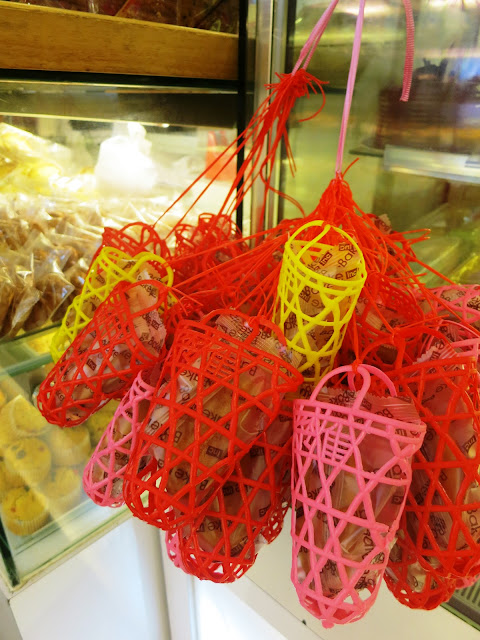 I'm gonna learn how to make this piglet which will be filled with lotus paste and melon seeds ~ Piglet Mooncakes! 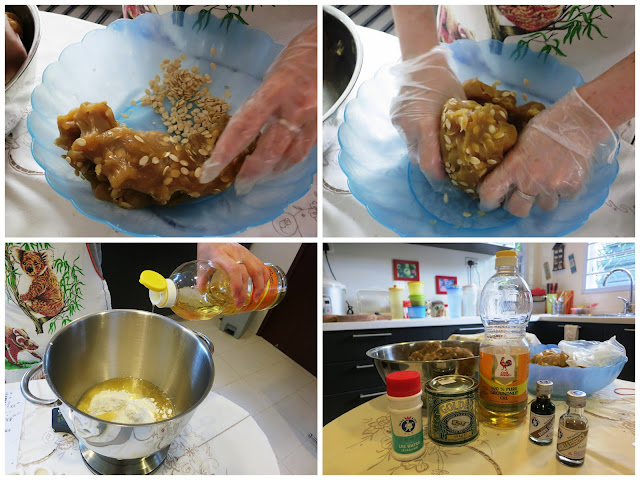 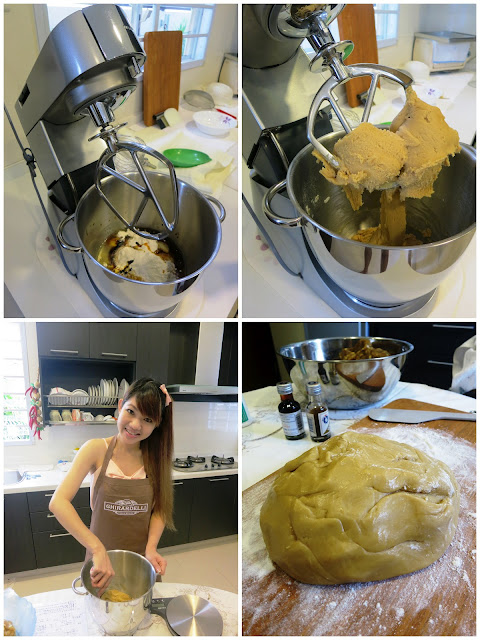 The steps are really easy! Even for a noob baker like myself. 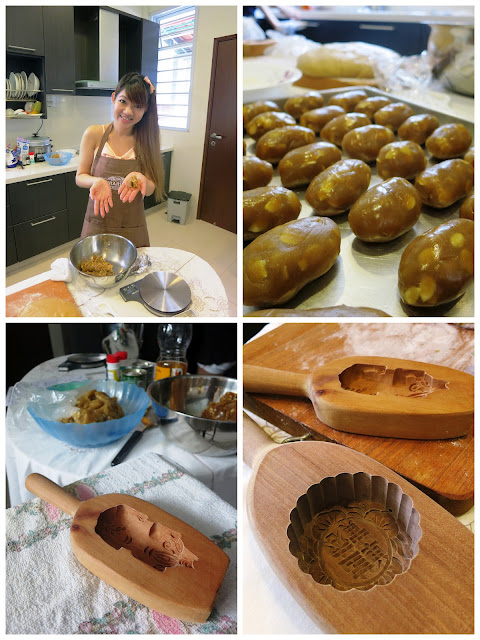 We're using the piglet mould, but you can use any other mooncake mould you fancy. 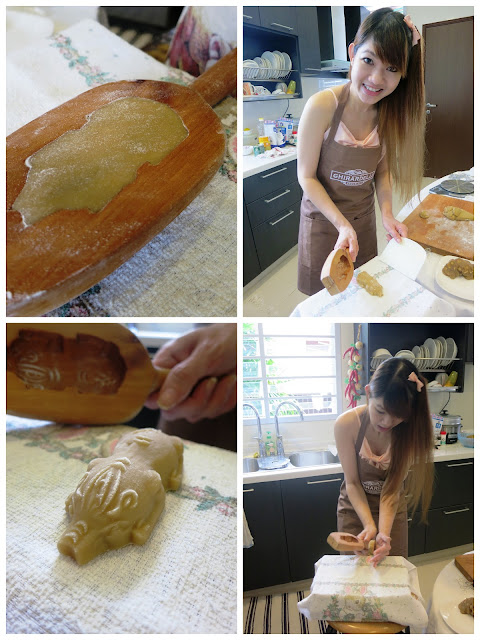 The most memorable part is knocking the piglets out of the mould. It's best to get it out within 3 knocks else the dough will go out of shape. The first few times was hilarious! We were knocking it too softly, too many knocks, knocked until disfigured, knocked too hard that my piglet flew! and hit the wooden board! Yes.. that explains the heading ~ Piglets Can Fly! LOL!! It took us a while to get the hang of it. 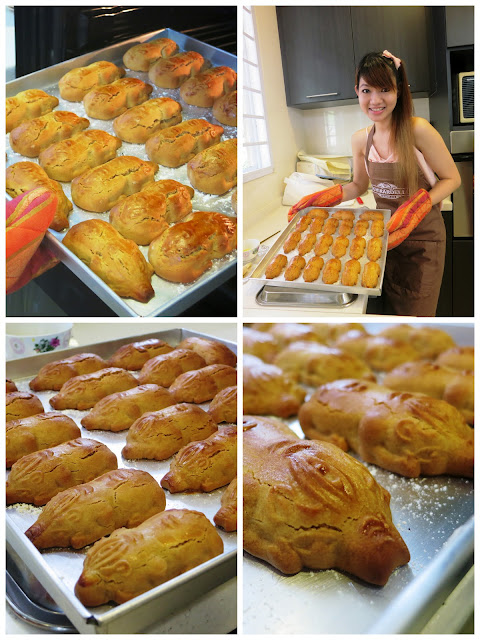 All the effort and knocking is worth it when the aroma of freshly baked mooncakes starts filing up the kitchen. 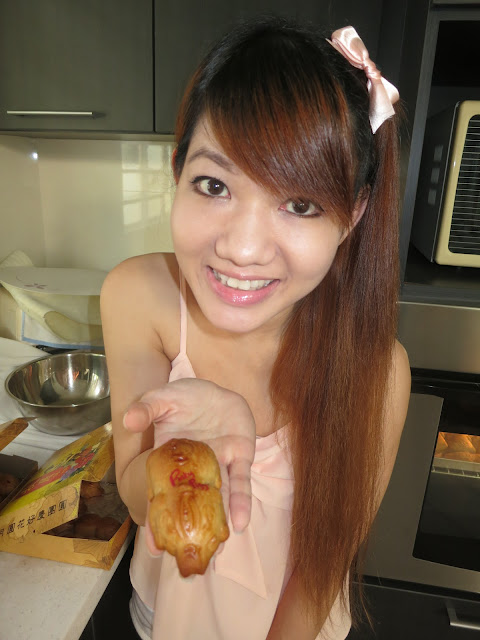 So, here I am, survived my maiden attempt, proudly presenting to you my piglet mooncake!

Why not try baking your own mooncake this mid-autumn? It would make a wonderful gift with a personal touch!

Posted by PinkyPiggu at 8:24 AM