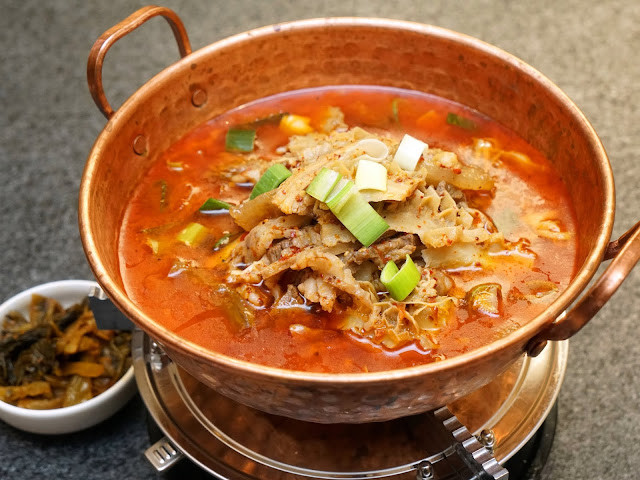 Having never been to China before, my limited connection to the culturally-rich nation is mostly through their cuisine. Okay, C-dramas like Yanxi Palace as well lol!!!

Now we can get an experience of "gao yuan liao li" or Highland cuisine right here in Singapore. Yun Nans (known in China as 云海肴 "Yun Hai Yao"), the world's largest Yunnan F&B chain with over 150 outlets, has opened its first store in 10 years and the first out of China at Jewel Changi Airport.

Our meal at Yun Nans did not miraculously teleport us to China, but gave us a valuable inkling of what food from the highlands is like. 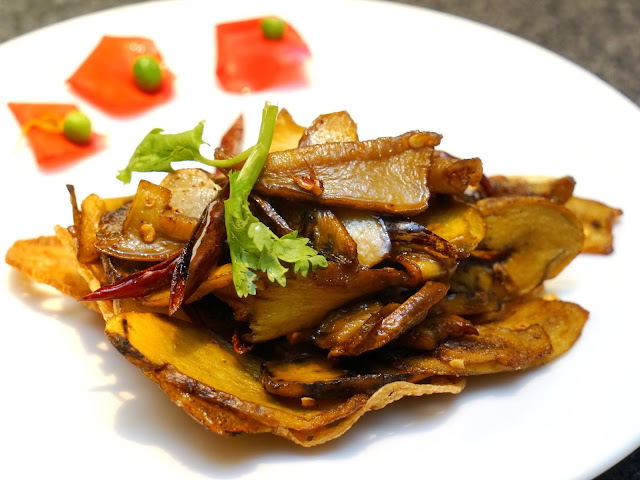 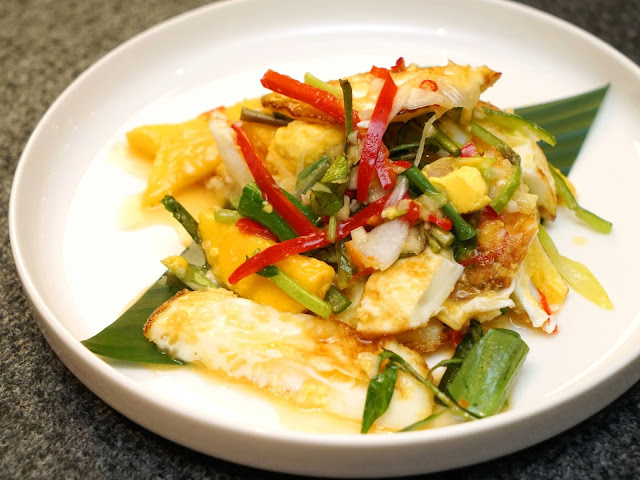 There are seven tropical belts in Yunnan, and the highest measures 6,000 metres above sea level. Free from pollution, the natural terrain teems with wild porcini, wild black truffle, wheat pumpkin, and edible flowers such as jasmine, rose and chrysanthemum.

Yun Hai Yao works closely with local farmers in Yunnan to harvest the wild mushrooms and ingredients to use in the restaurant dishes.

One of it is the Stir-fried Wild Porcini Mushroom with Dried Chillies ($24.90). Using wild porcini and special Yunnan chillies and solo garlic, the ingredients are quickly fried to retain the mushroom's slightly crunchy texture. The dish was very appetizing and not too spicy at all. Our chopsticks kept reaching for those delightful morsels. 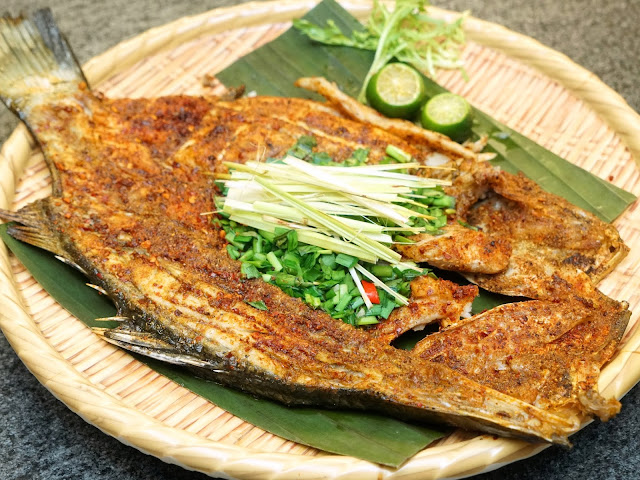 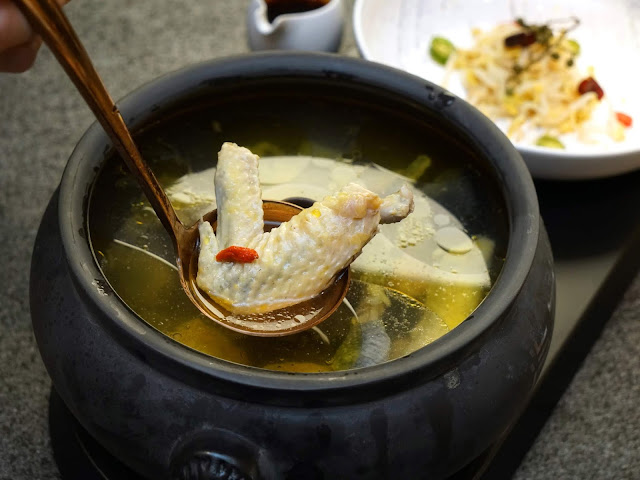 Other menu highlights includes Charcoal-Grilled Seabass with Lemongrass ($22.90), Beef Stew in Copper Pot ($24.90), and Spicy & Sour Egg Salad ($9.90) with Yunnan wild coriander, mango, laksa leaf and chilli which is a traditional dish of the Dai minority (one of Yunnan province's dominant ethnic groups).

We were told that Yun Nans' signature dish, Steam Pot Chicken Soup ($23.90), is a must-try! Only a special breed of black feet chicken is used, and pressured-steamed for three hours without adding a single drop of water in a handmade Jianshui claypot.

The resultant soup is clear and tasty with concentrated nourishing goodness of chicken essence. It would be incorrect to say the soup is without any hint of greasiness as we can see a visible layer of oil on top, but chicken fat is what made the soup even more flavourful. 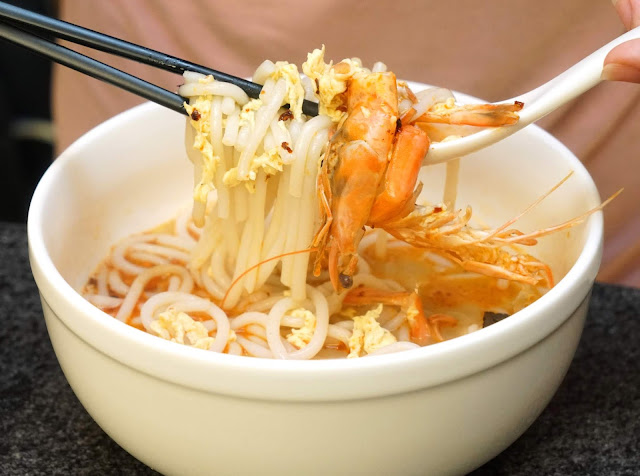 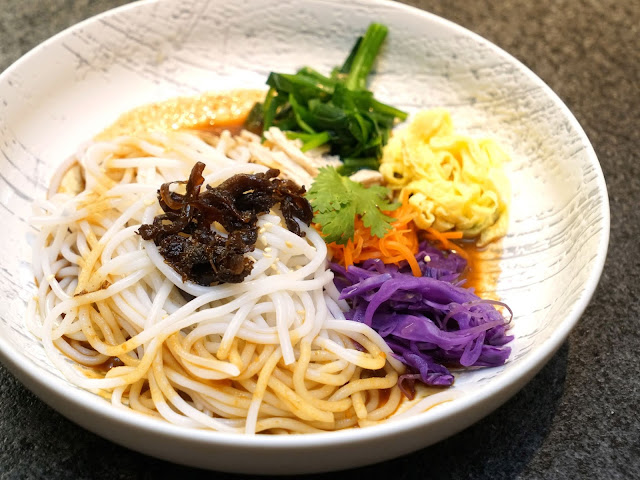 The Yunnan rice noodles deserves a special mention. It is made using only spring water and rice, and manufactured in Yunnan using an unique 18-step technique.

We can enjoy it in various noodles dishes including the Tossed Rice Noodles with Shredded Chicken ($12.90) in tangy peanut and sesame sauce, as well as the Singapore-exclusive Truffle Rice Noodles in Prawn Broth ($13.90). You can only get this at Jewel!

Inspired by our local prawn noodle, fresh tiger prawns are simmered for at least 1.5hours to make the delicate prawn stock. I didn't realised there's shaved black truffle in the dish as its flavour was non-existent, but the fresh crunchy Vannamei prawns and slurplicious rice noodles more than made up for it. 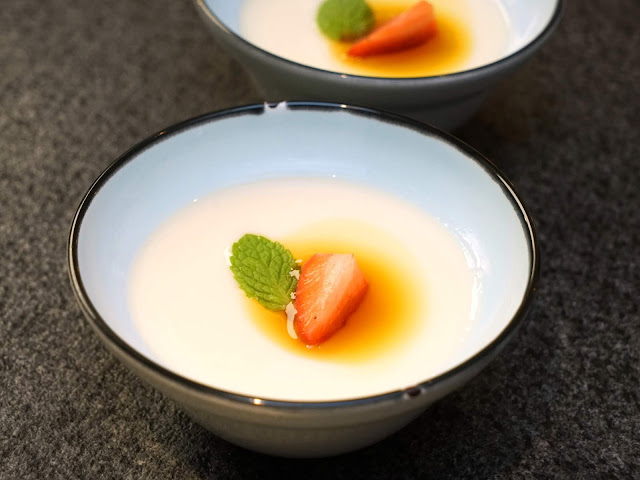 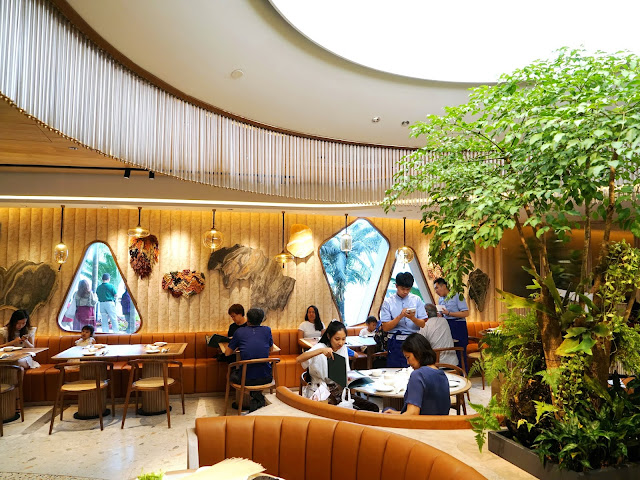 To cap off the meal, Yun Nans signature Beancurd Pudding with Brown Sugar ($4.90) is an excellent dessert choice. I would also recommend the Raspberry Juice with Tamarind ($4.90), Yun Hai Xi's popular signature drink in China with over 300 glasses sold per day at each restaurant!

It is not very common to find Yunnan specialty restaurants in Singapore so this new casual dining restaurant at Jewel serving delectable food will have no issues finding many fans soon. Go before the queue gets too long :) 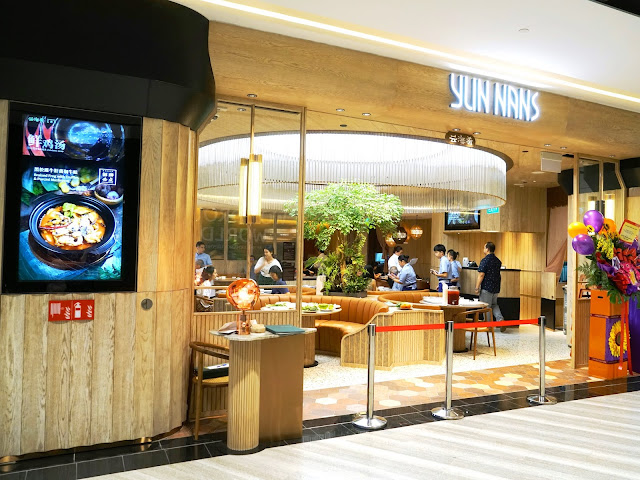 Prices are stated in Singapore dollars and subject to 10% service charge & 7% GST. Information is correct at point of published date.