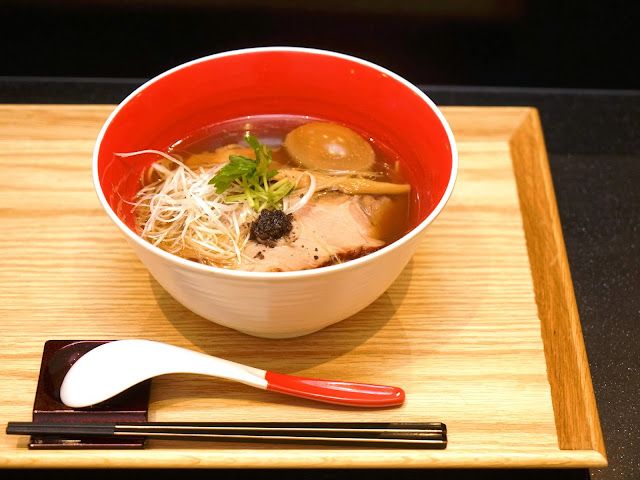 The ramen with the star. It's called Tsuta.

It all began when owner-chef Yuki Onishi opened Japanese Soba Noodles Tsuta in Tokyo in 2012. The nine-seater establishment serves only 150 bowls of ramen a day, and hundreds of hopeful patrons are said to start queuing at 6am for a dining ticket which typically run out as early as 8am, though the store doesn't open its doors until 11am.

Michelin Guide inspectors must be among those who queued and ate, before deciding the well-received ramen worthy enough to be accorded a prestigious one-star Michelin in 2015.

Now, the world's only Michelin-starred ramen eatery has opened its first-ever overseas branch in Singapore! We can savor the award-winning taste of Tsuta right here at Pacific Plaza in Orchard Road! 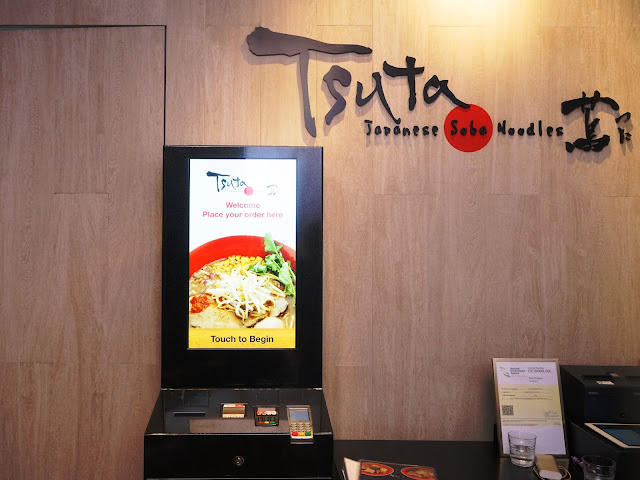 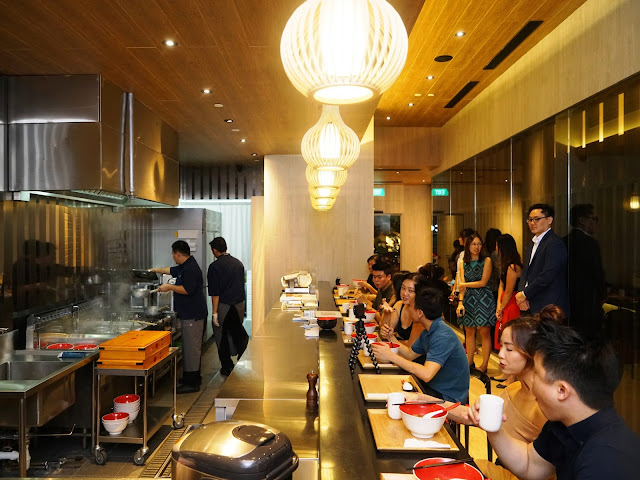 The questions buzzing in our heads are: How would Michelin-starred ramen taste like? Will the offerings be the same as Japan?

We were told that under the careful supervision of Chef Onishi, the Singapore kitchen will maintain the same high standards as the flagship outlet in Japan. Using the same signature soy sauce and high quality ingredients as its Japanese counterpart, Tsuta Singapore is committed to bringing the same exquisite taste and careful presentation to diners in Singapore.

Well, I guess for a start, the system of self-ordering through a ticketing machine is pretty similar. From here, we can select from the two choices of soup bases: Shoyu Soba and Shio Soba. Miso Soba will be introduced at a later phase.

Prices start at $15 for a basic bowl with noodles, char siu and bamboo shoot, and goes up to $22.80 for the full works with ajitama egg and more slices of char siu. 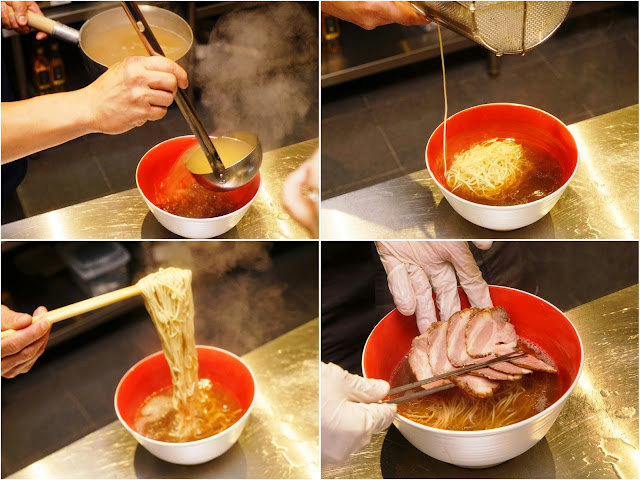 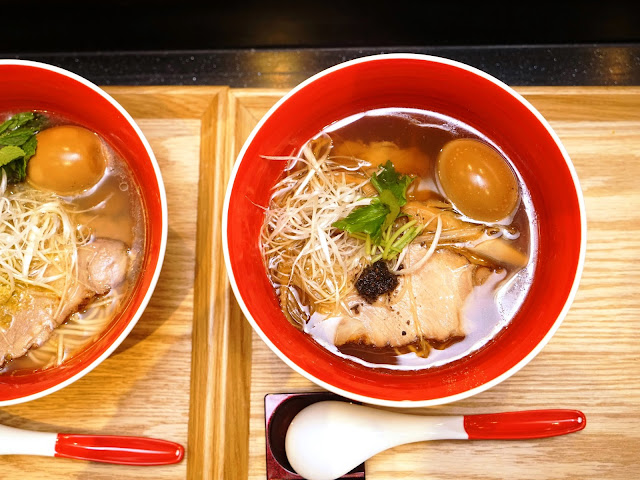 In case you're wondering, soba and ramen mean the same thing here, referring to Tsuta's handmade noodles that is specially crafted using several types of whole wheat and whole grains flour to achieve the desired texture.

I took a bite of the straight, thin noodles, and took an immediate liking to its gentle al-denteness.

But it was the Shoyu broth that arrested my attention. Created from an unique blend of shoyu that includes Chef Onishi's shoyu which is formulated in-house and a custom-brewed shoyu made in Wakayama prefecture, it perfectly complements the dashi stock made with chicken, vegetables, clams and other seafood ingredients.

What made it even better? That leek and truffle pureed in truffle oil! It added a piquant depth to the broth which was immensely engaging on the palate. The truffle aroma was distinct without being overpowering. Any stronger, it would have throw the flavors' balance off. What we had was just ideal. 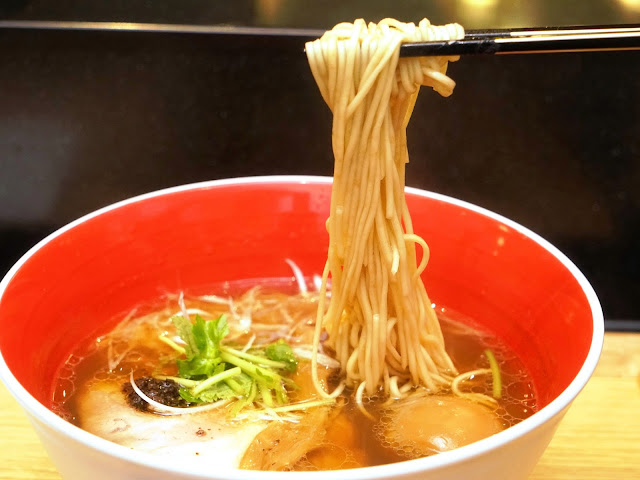 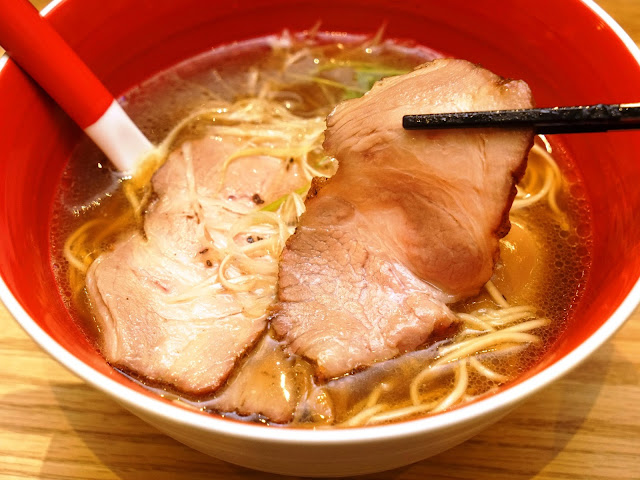 The shoyu truffle broth is clear and light yet complex at the same time. Comparatively, the Shio broth created by adding Okinawa sea salt and Mongolian rock salt to the chicken-seafood blend was a tad flat-tasting.

Both soup bases are very different from the typical thick and creamy tonkotsu, so traditionalists might take some time getting used to.

Capping each bowl of ramen are slices of Char Siu made from chilled (not frozen) Canadian pork collar instead of the usual pork belly. The meat was not tough, but there was no melt-in-the mouth tenderness. Instead we got a succulent crunch which was nonetheless pleasing.

Ohh that Ajitama Egg! My favorite! Its molten center was executed just about right, still creamy yet not overly-runny. One of the most perfect ramen eggs I've tried.

It is recommended for the noodles to be enjoyed within 10 minutes of serving, as the eatery's air-conditioning will bring the dish's temperature down rather quickly. Moreover, the soup is not served piping hot as it's purposely kept beneath boiling point to better retain the flavors. 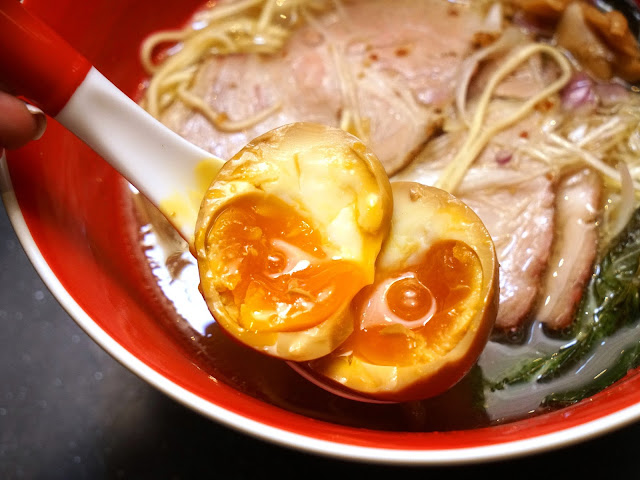 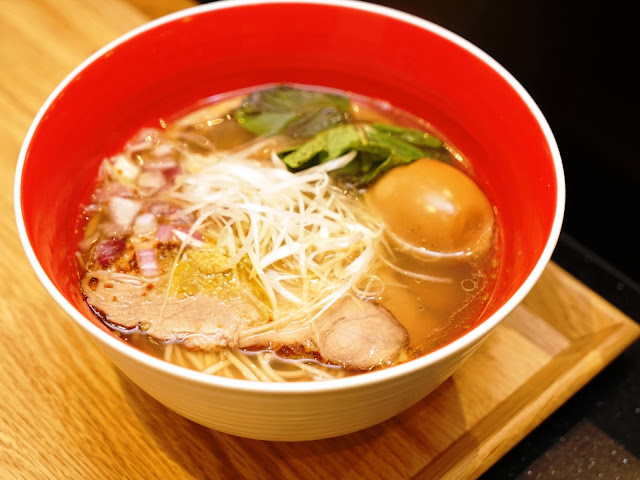 Did the Michelin-starred ramen meet our expectations? Though it might not be the personal best for some, I do have others who like every component of the Shoyu Truffle Soba too. Myself included.

Perhaps we should all just go and try it with an open heart, and a lot of patience too as the queues will probably come. Tsuta Singapore sits only 18 pax on a first come first serve basis.

Next, let's wait and see if Tsuta Singapore will get that coveted Michelin star(s) too. 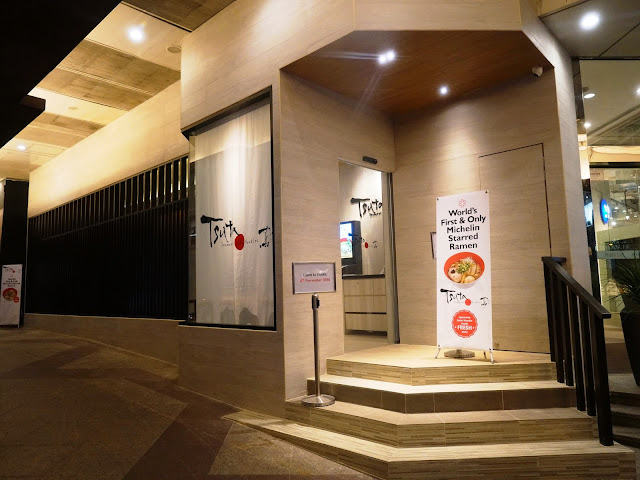 Prices are (1) Stated in Singapore dollars (2) No service charge, no GST (3) Correct at point of published date.