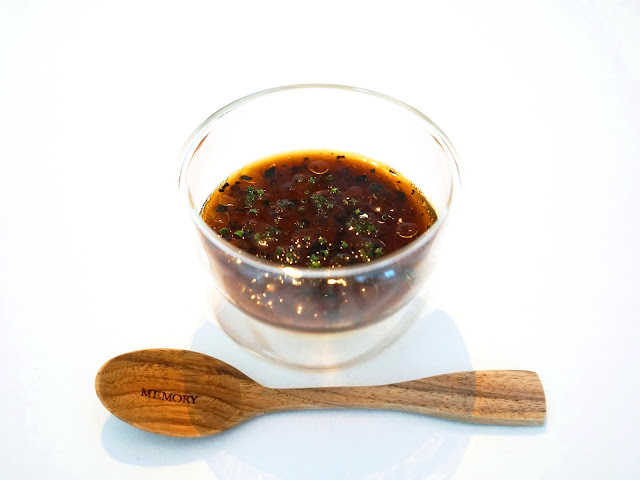 After a reservation wait of 2 months, we're finally at the best restaurant in Singapore, Restaurant André!

Since Chef André Chiang opened his eponymous restaurant 2010, the fine-dining establishment has collected a string of awards, the most recent being San Pellegrino Asia’s 50 Best Restaurants 2016 – Restaurant ANDRE #3, Best Restaurant in Singapore.

We are placing our bets that Restaurant André will undoubtedly be getting those Michelin stars (I must emphasize the "s") very soon. 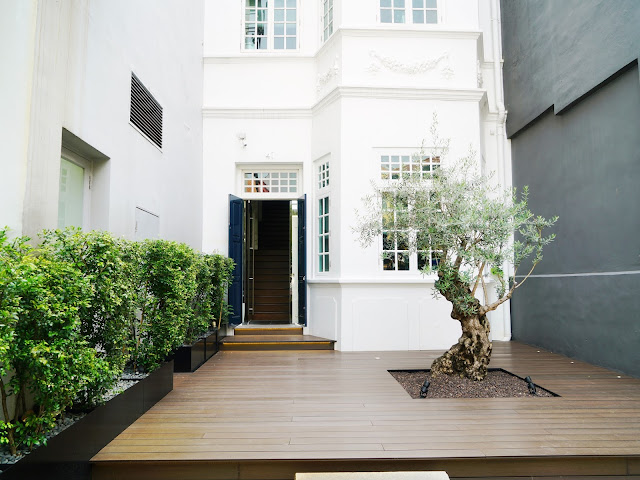 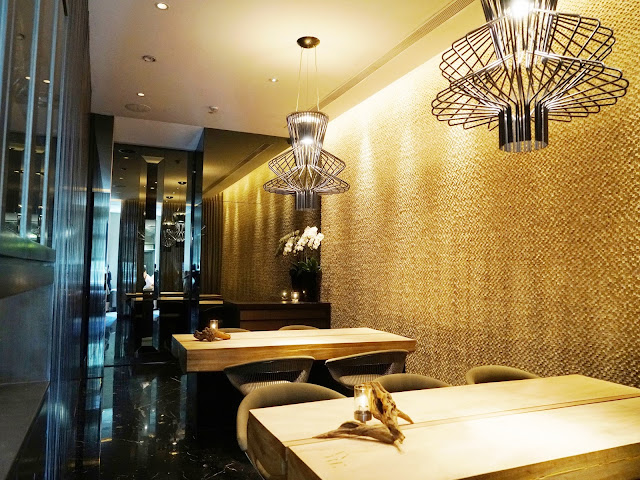 The man himself is quite an inspiration for any aspiring chef. Born in Taiwan, Chef André spent his early life in Japan, before moving to France where he spent 15 years honing his craft in several restaurants including Michelin-starred Le Jardin des Sens.

He then took position at Maia Luxury Resort in the Seychelles, and finally returning to Asia to start Jaan par André at the Swissôtel The Stamford in Singapore in 2008, followed by Restaurant André in 2010.

One can only imagine the trials encountered along the way, and determination to achieve what the culinary talent has currently achieved. It is no mean feat. 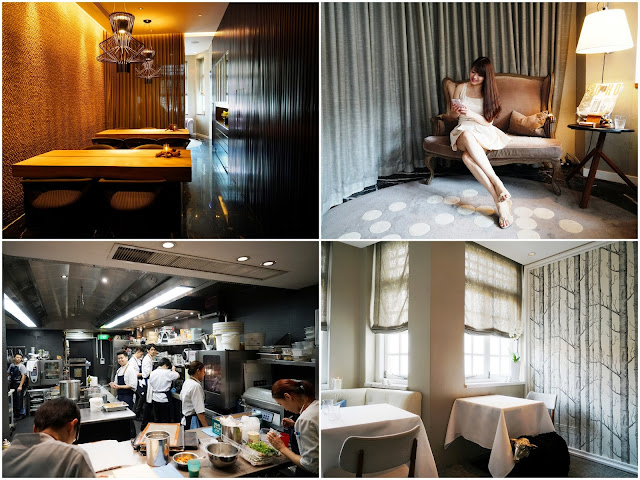 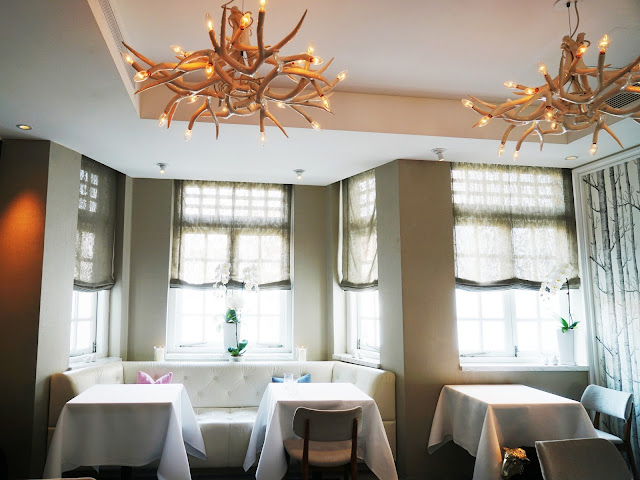 Impressive accolades aside, netizens' reviews on Restaurant André has been mixed.

Most say "good", some say "no good", I say "very good!". My dining companions are with me on this.

Our sublime experience began the moment a hostess welcomed us cheerily at the door, and led us into the charming white 3-storey building at Bukit Pasoh Road (next to Majestic Hotel). 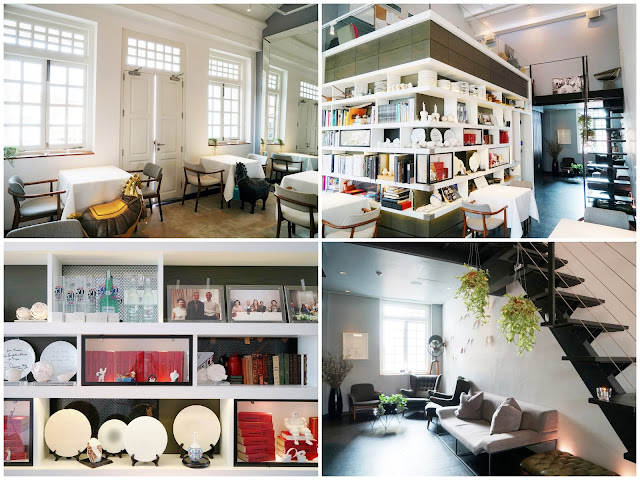 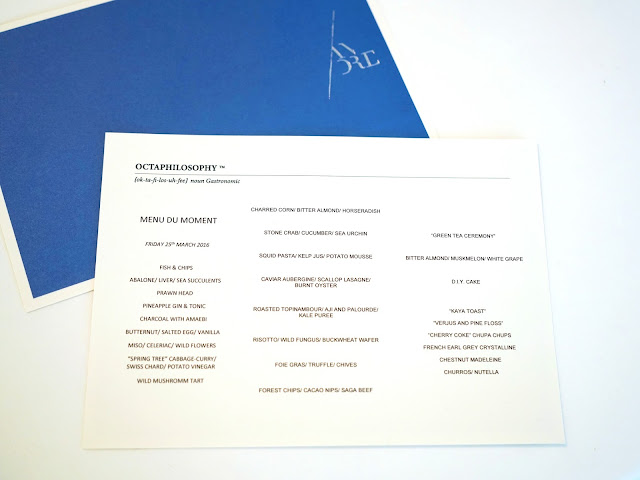 With a seating capacity for just 30 pax, the intimate premises is reflective of what Chef André has dreamed of:

"A small place like a little house, with a small kitchen that feeds only a handful of people. A place that sees me pushing the boundaries of my creative mind reaching out to all who are curious of my creations". (source: Restaurant André Facebook page)

Expect to dine on plates designed by Chef André, and sit on chairs selected by the man himself. We were told that even if we sit on those chairs for 3 hours, we will still feel comfortable.

3 hours? Seriously? Our meal ended up stretching beyond 3 hours, yet I was still comfortably relishing in every moment. Wow.


Singapore is not without its stable of fine restaurants. More often than not, we get excellent food, with service competently delivered, yet something is somewhat lacking.

Restaurant André has stood out among those I've visited so far. It is exceptional.

Not only is it well-rounded on all levels, there is a sense of genuine warmness that encompassed the cozy and elegantly-decorated space.

I would credit it mostly to Chef André who makes an effort to go round the tables for personalized interaction, his wife who declared with a resigned note of humor, "You don't know how it feels to be married to a chef....." and the service team (made up of various nationalities) which radiates an indubitable pride and eagerness to present the best of Restaurant André to visiting guests.

It does seem daunting for most wallets (mine included), but get pass that initial hesitation, it is a meal experience to live for.

The one we had was a full-blown affair of 9 starters, 8 mains, 3 desserts and a host of Petite Fours. Could be a tad overwhelming for smaller appetites, but not for this PinkyPiggu haha!


Let's quickly get to the highlight! The food!

There is no signature dish per se, but each main dish represents Chef André signature style featuring one of the elements.

For instance, we can expect a "Pure" dish that use zero electricity or seasoning, something "Unique" with unfamiliar flavor pairing, and "Terroir" which recreates the feeling and flavors of a place.


Guests may be offered different dishes for the same theme, but one thing that remains constant is "Memory", a dish that Chef André created during his earlier apron days.

Appearing to be deceptively simple, the cup of warm Foie Gras Gelée with truffle coulis and chives turned out to be amazing! The wondrous sensation as the luscious concoction melted in the mouth and glided down the throat was indescribably enjoyable. All accompanied by an alluring truffle scent. Memorable indeed.

There are many other unforgettable moments too. The "Spring Tree" with cabbage curry, Swiss chard and potato vinegar thin crisps which marked the very first taste of deliciousness and more that soon followed, the minute Mushroom Tart that pleased big-time with earthly flavors, and the edible black "Charcoal" fritters.

These were just part of the repertoire of starters served to us in quick succession before mains made their appearance. It is also interesting to note that no cutlery is provided with the starters. We picked up the items with our fingers. How cool is that?


I was particularly intrigued by the intricacies that went into each exquisitely-plated dish.

Pasta that is not made of your usual dough but..... squid? Yes!

Before naysayers brushed these off as gimmicky, please allow me to quickly assert my view that the superb taste and textures triumphed it all.


The quality of ingredients used and technicality of skill applied to preparing it are not to be questioned too. "Since when has Jerusalem Artichoke tasted this good?"

And that well-marbled, impeccably-prepared cube of Saga Beef had me screaming in my head for more, more, more.

One of our unanimous favorite was the Risotto with mushroom and freshly-shaved "white truffles" that repleted with much umaminess. The runny egg yolk hidden underneath was a pleasant surprise, rendering a lovely creaminess to the dish and providing another layer of textural contrast to the al-dente bite of well-cooked orzo, powdery snow-like cheese, and crispy buckwheat wafer.

Overall, I would describe the dishes as generally delicate in flavors. It's subtle yet complex and hit me hard on the senses. I like it!


Desserts were just as fascinating, with one of us even proclaiming that the D.I.Y Cake was "life-changing".

Mix the "flour", "egg", "butter", "sugar" and chocolate (only the chocolate is real) together and "bake" it in your stomach. There you go, your spectacular self-made "cake" like no other!

The selection of petite fours including Churros with Nutella Dip, Chestnut Madeleine, French Earl Grey Crystalline, Kaya Toast and Verjus & Pine Floss were less of a tease, but no less delightful. 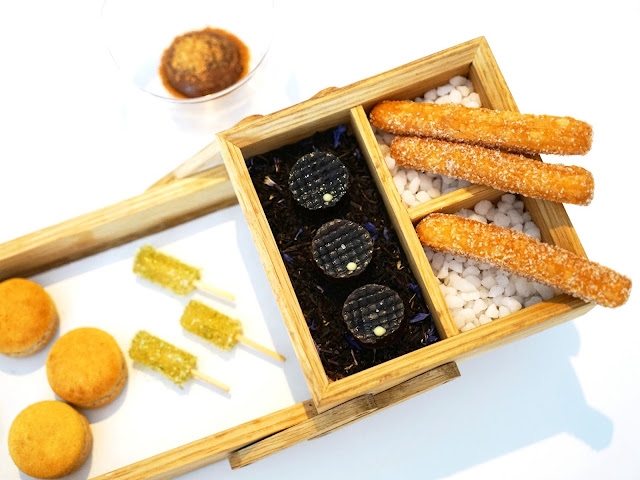 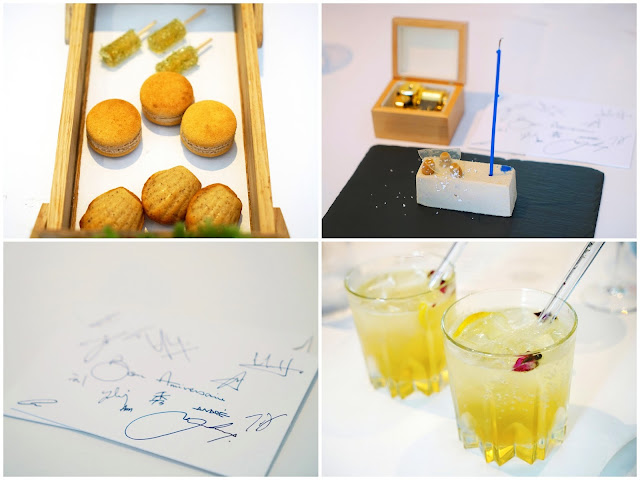 My friend celebrated his birthday not once, but twice at Restaurant André. It already says a lot about how he feels about the food, service and place.

"I can believe this is Singapore's best restaurant", he told me this was what he wrote in his blog back then.

Having experienced it myself, I can totally understand why. 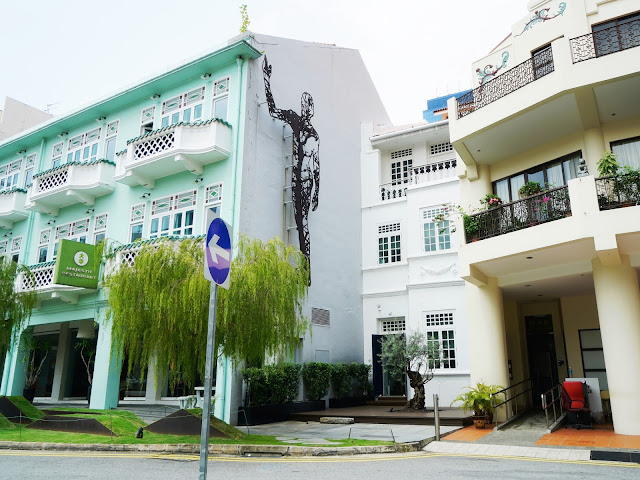 Prices stated are in Singapore dollars and subject to 10% service charge and 7% GST.