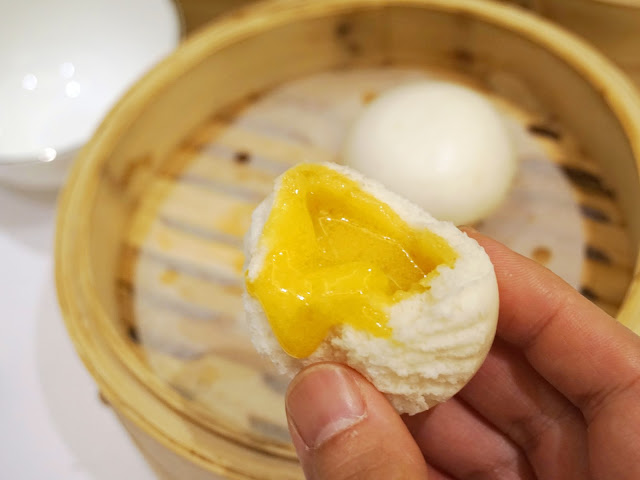 The archaic facade of Avenue Joffre 霞飞路 looks right out of a movie set or theme park, feeling every inch the tourist trap that threatens mediocre food at exorbitant prices. Didn't helped that a staff was walking up and down near the entrance enthusiastically beckoning passer-bys to visit the Chinese restaurant.

*Gasp* If we were not aware that this is helmed by some top masterchefs offering comfort food from various cities of China that include Zhejiang, Szechuan, Beijing, and Guangdong, and our friend has already gotten a table there waiting for us to arrive, I probably wouldn't think of stepping into this dining establishment. 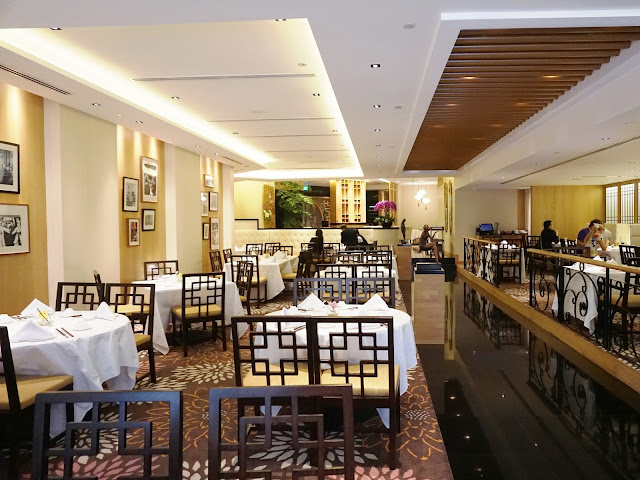 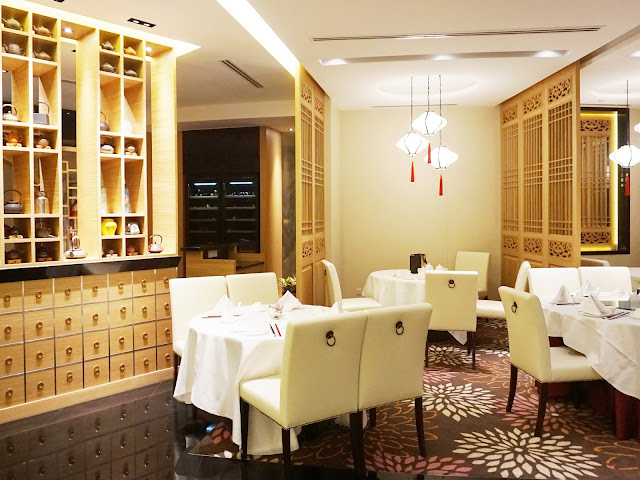 Avenue Joffre is named after a renowned destination in the Shanghai French Concession area in the 1930s and 1940, where the legendary house of a filmmaker has hosted numerous social gatherings for local people who exchanged and showcased cuisines from all over China.

Inspired by this filmmaker's house, the restaurant's interior is filled with photographs and memorabilia from the Chinese movie industry of that decade. Comparatively done in much better taste than its exterior.

We couldn't fathom where the strange musty smell was emitted from, but our noses got used to it after a while. 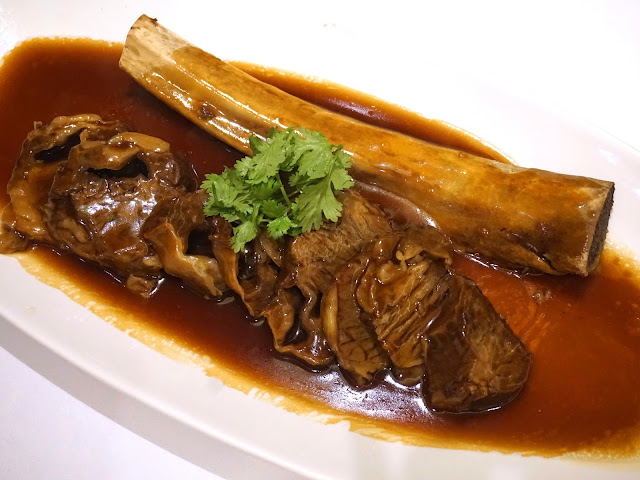 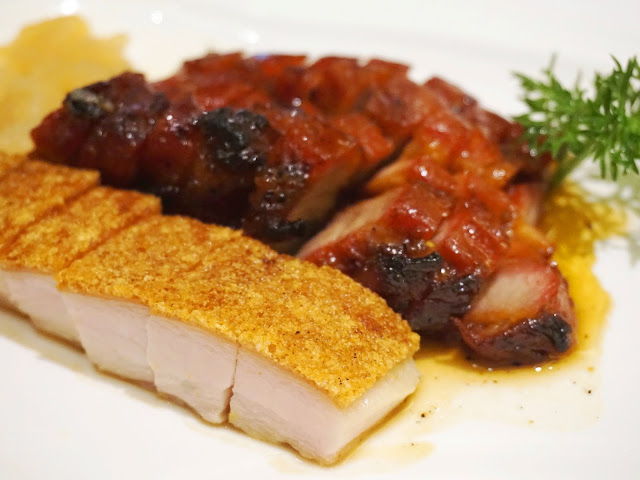 Thankfully, the dim sum fare we had turned out to be better than average, and prices fall within a comfortable range of $5 to $7 per steamed basket.

The braised short ribs failed to impress, though its meat was sufficiently tender and tasted okay overall. Perhaps it has to do with the sauce which was a notch too sweet for my personal liking. A costly yet so-so dish which probably would not see us ordering again. 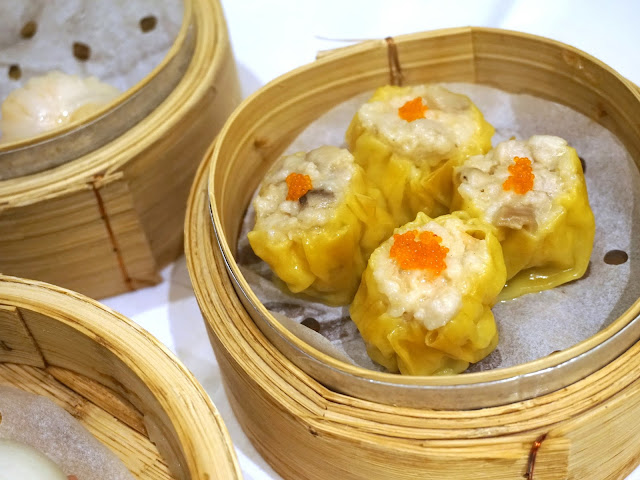 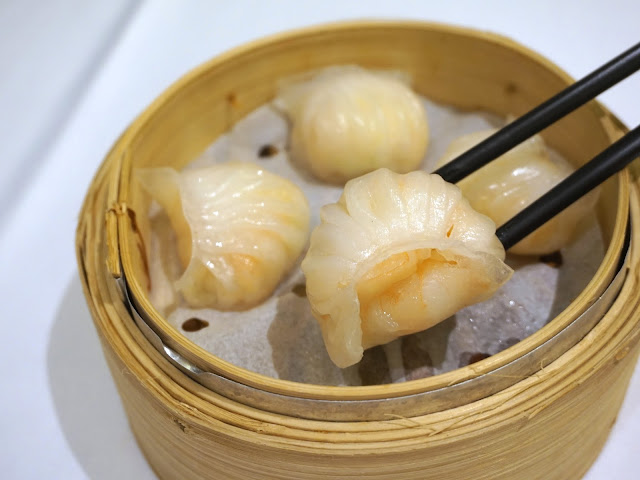 Being a fan of roasted meat, I requested to have a 2-Meat Platter (2-choices $25/$38/$50; 3-choices $28/$42/$56), but ended up disappointed by the Honey-Glazed Barbecued Pork which was too tough to bite. It also lacked the smokey aroma of what a well-charred roast should have.

The Roasted Crispy Pork Belly satisfied us much better. Its skin was executed to a nice crackling, coupled with succulent meat intertwined with melting fats.

Steamed dim sum staples such as Crystal Prawn Dumpling ($6), Minced Pork & Mushroom Siew Mai ($5) and Shanghai Pork Dumpling aka 'xiao long bao' ($7) were all enjoyable with skilfully-made thin skin and fresh-tasting ingredients. Oops, I broke the har gow's delicate skin as I tried to pick it up, you can see I'm not that competent with chopsticks. 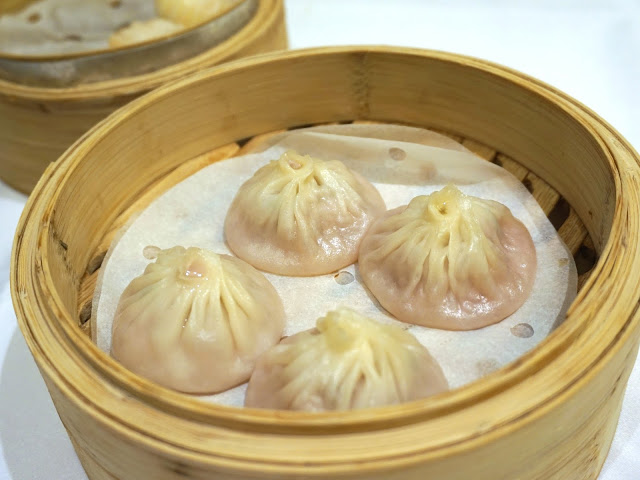 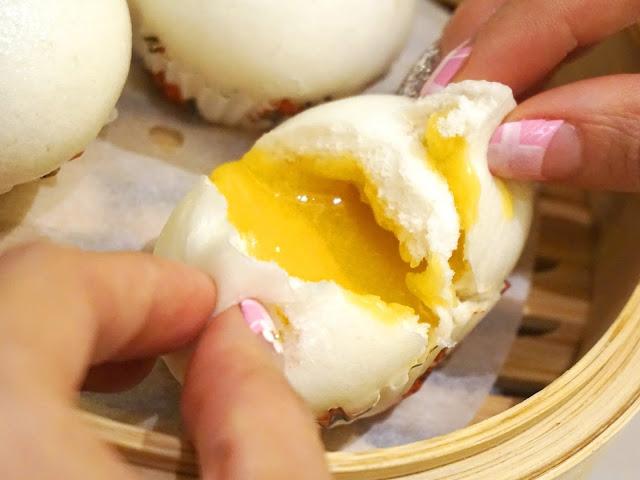 I was particularly enamored of the Steamed Egg Yolk Bun ($5)! The bun was incredibly soft and fluffy, filled with savory, smooth egg custard that flowed with just the right consistency.

Undoubtedly one of the better liu sha baos we can find in Singapore.

Service rendered was efficient and polite. This pretty much summed up the hits and misses of our dining experience at Avenue Joffre. Not a place I would think of rushing back to, but if I happened to be in Resort World Sentosa and craving for some light bites, the liu sha bao and xiao long bao would be the items that will lure me in again. 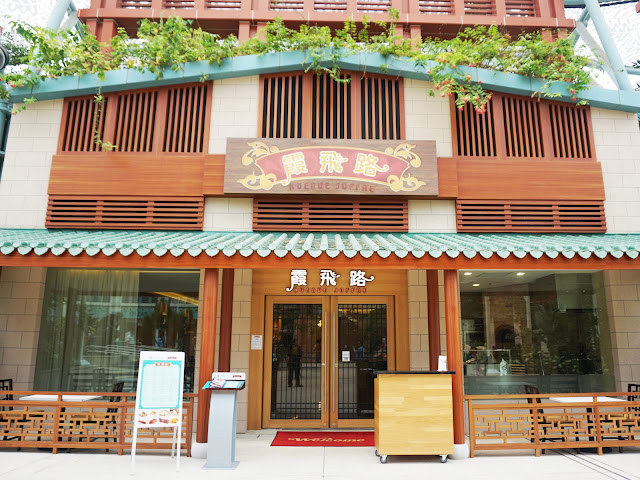 Prices stated are in Singapore dollars, and subject to 10% service charge + 7% GST.