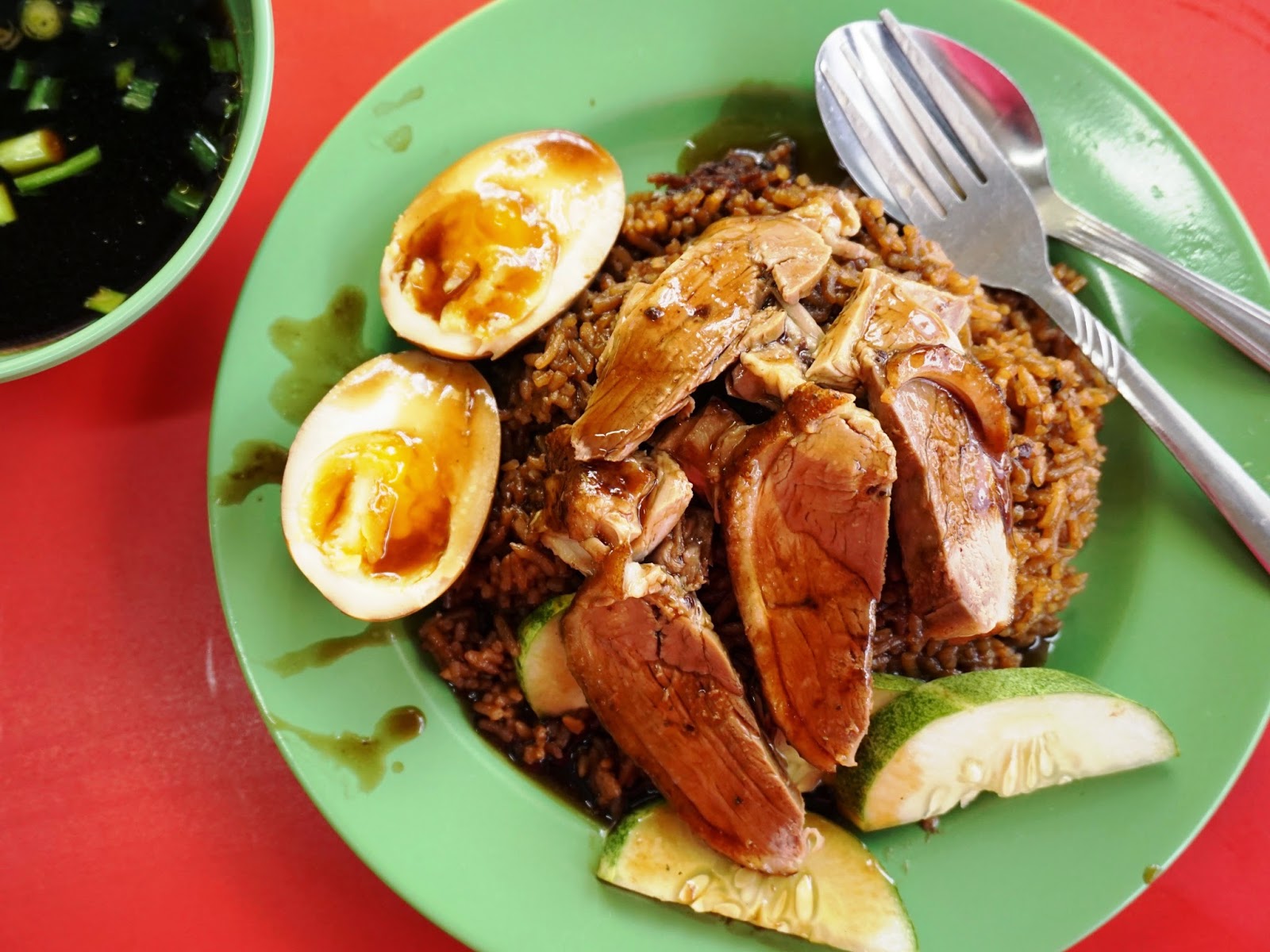 I wonder if my friend was surprised when I proposed to make a trip down Chinatown Complex Food Centre and eat duck rice for lunch. Especially for that? No air-con! So hot! So not me! But but but, ever since I saw pictures of those Japanese-style lava eggs (the kind which comes with ramen) served at Jin Ji Teochew Braised Duck & Kway Chap (金记潮洲卤鸭) on various social media channels, I've been wanting to visit the stall. 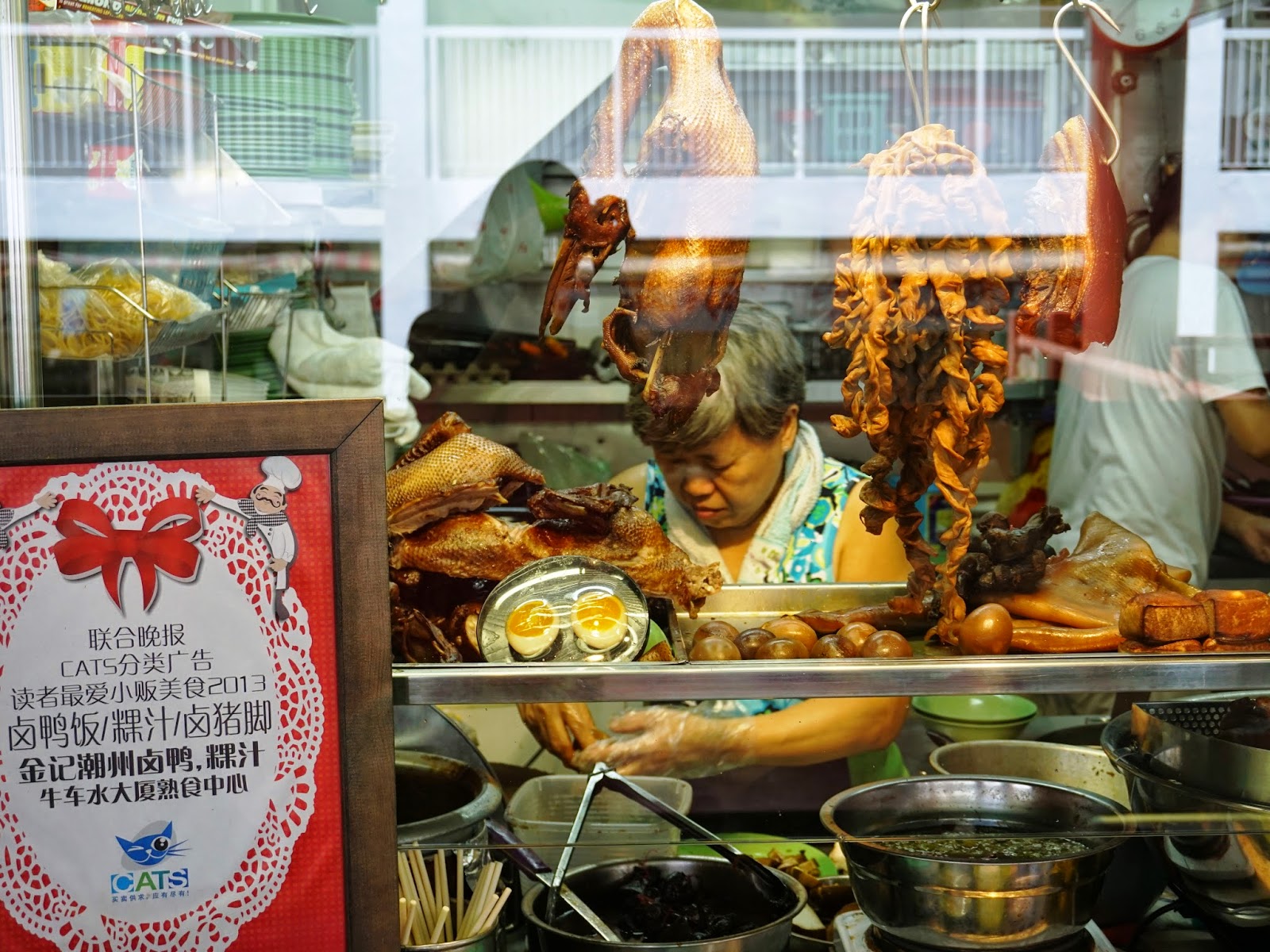 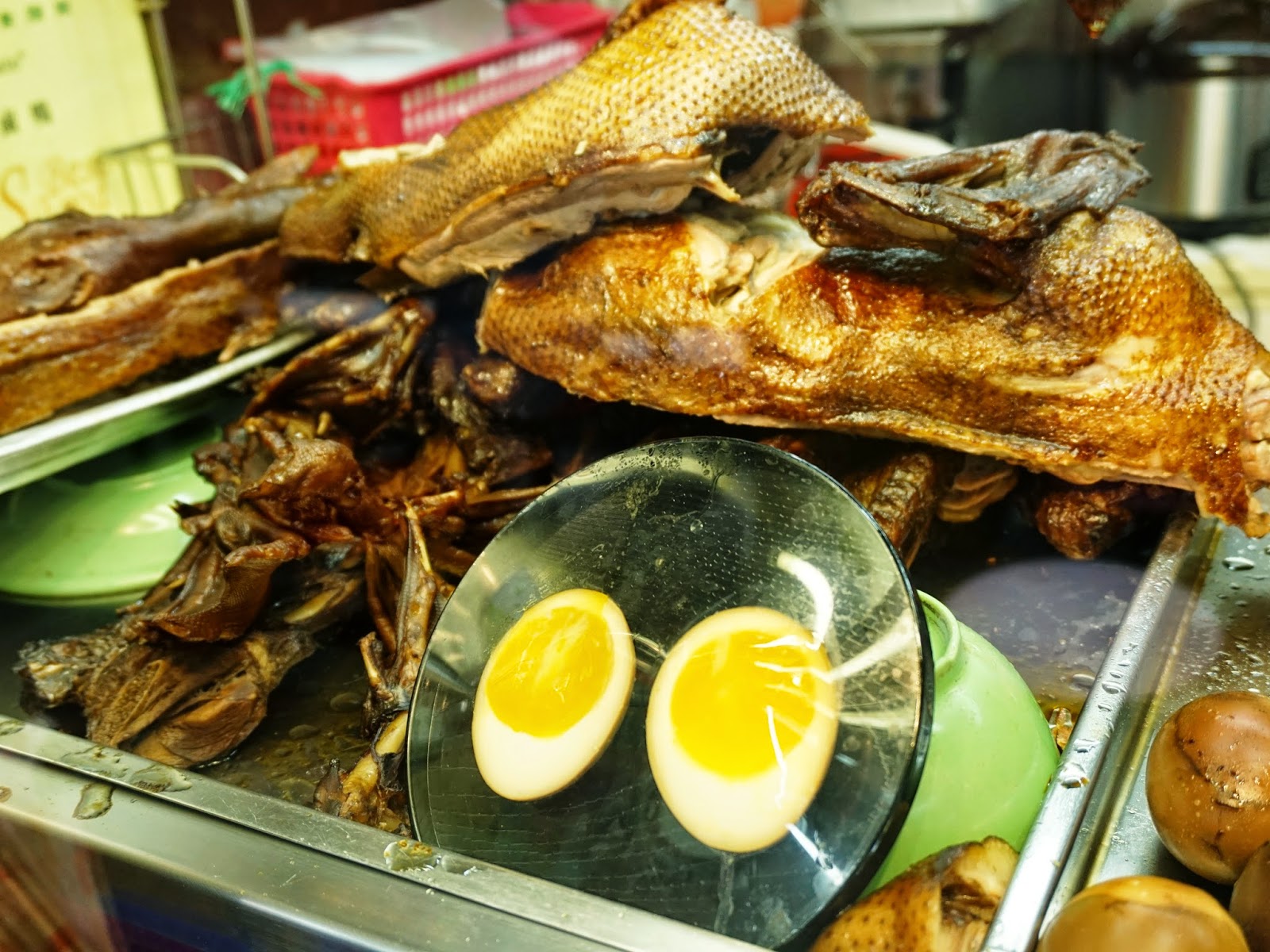 Jin Ji has been in business for more than 30 years, and it was only recently that the founder's son, Melvin Chew, took over the reins. He adopted the suggestion by a foodie blogger friend, merged the Japanese-style egg with his Teochew duck braising sauce, and many experiments later, tadah, Jin Ji's version of Lava Egg is born.

This is one fine example of how food evolves over time as influences from other cultures inevitably seeps in. I applaud Melvin for his openness to suggestions and feedback, stemmed from his earnest heart in not just wanting to preserve his family legacy, but to make it even better. 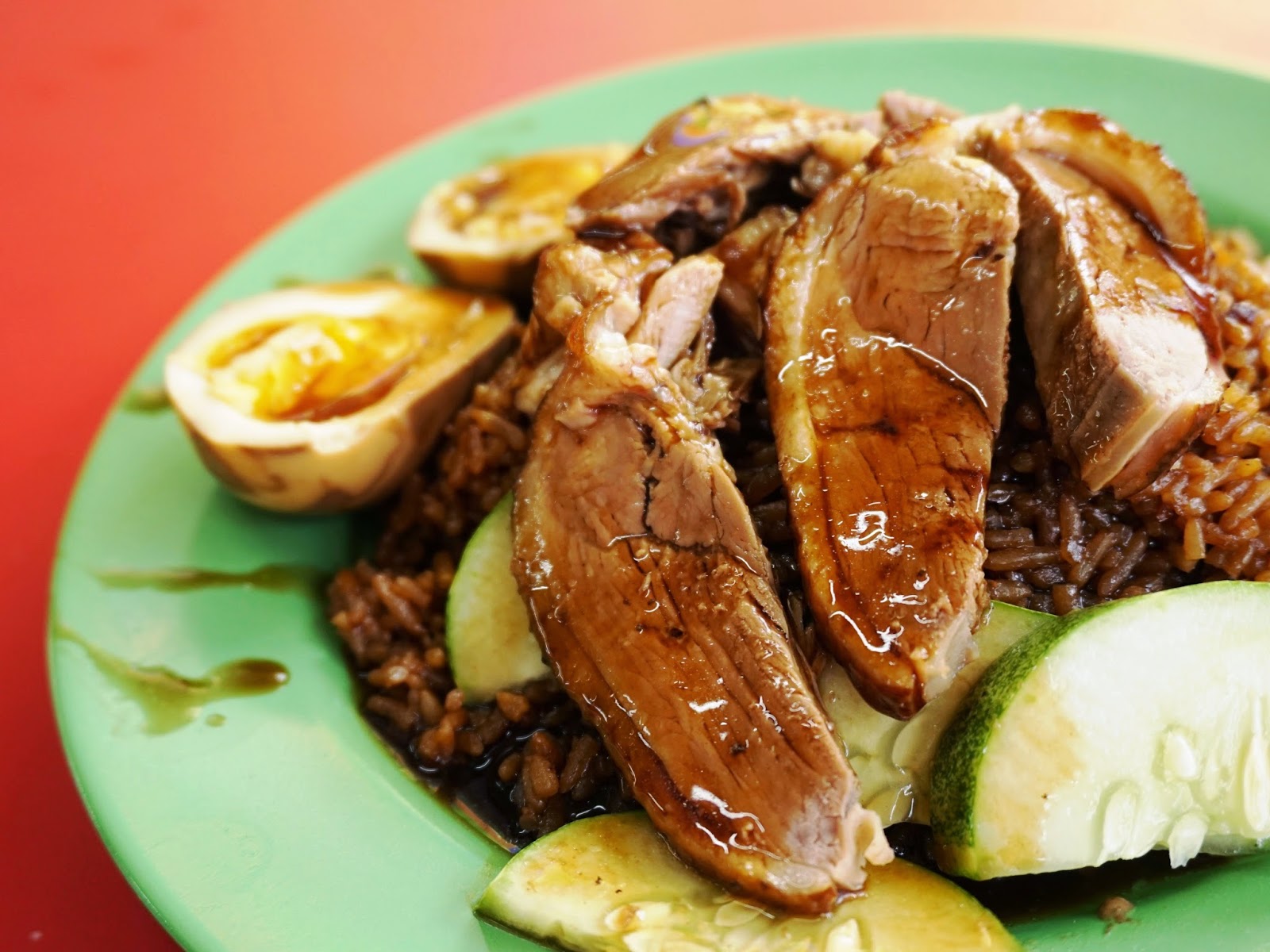 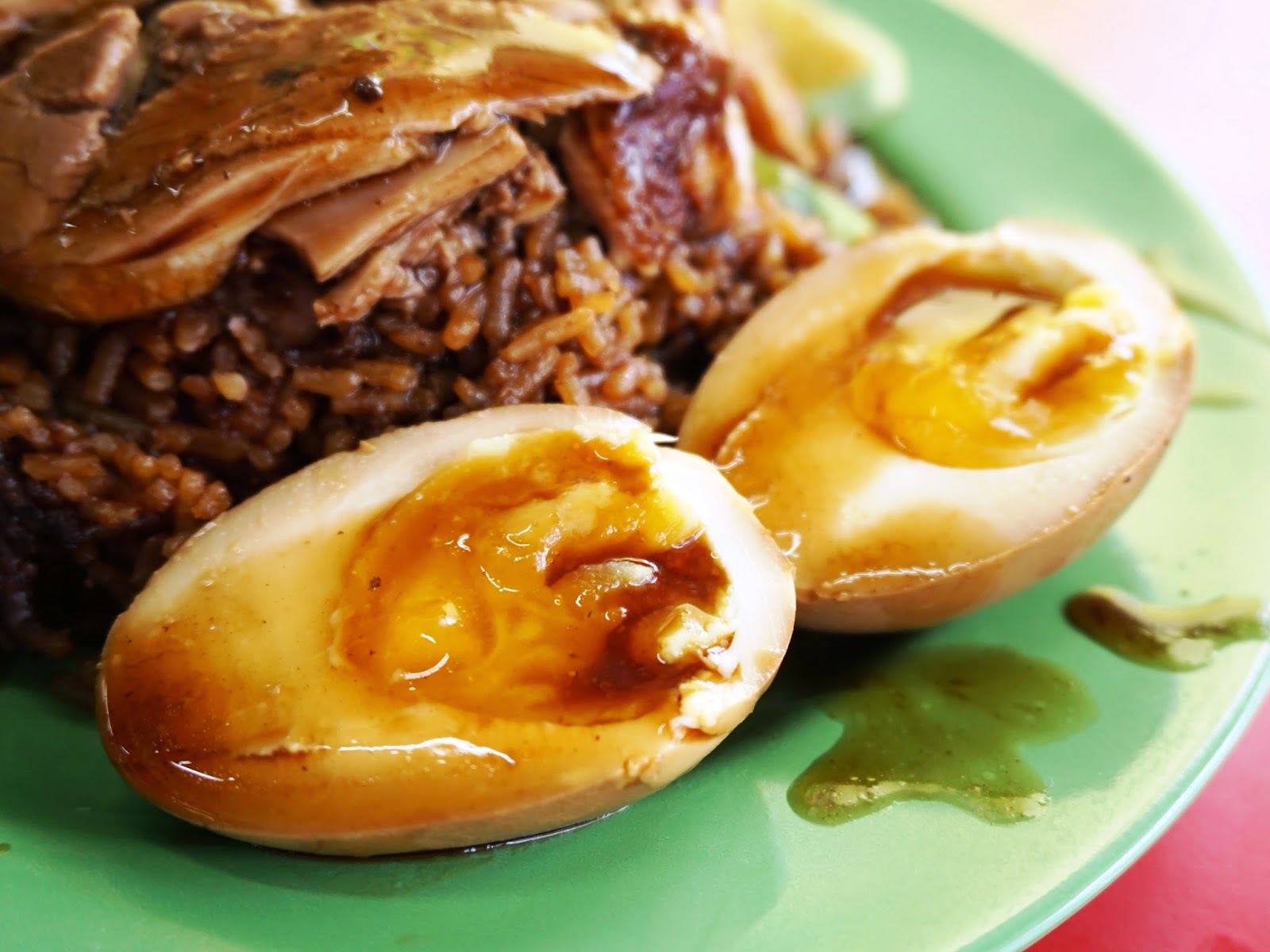 Grantedly, the lava egg yolk with its custard-like consistency, was not as runny as I desired, but it's tons better than those typical overcooked ones. Slices of Braised Duck meat were succulent, still retaining a bite but adequately tender.

Though the Yam Rice fell a tad short in flavors which one would expect from the yam, and addition of fried shallots and dried shrimps, I still enjoyed it mostly for its softer than usual texture, bits of yam that laced each spoonful and savoriness that came from the drizzles of braising sauce.

Overall, it was a great combination. Simple comfort on a plate. 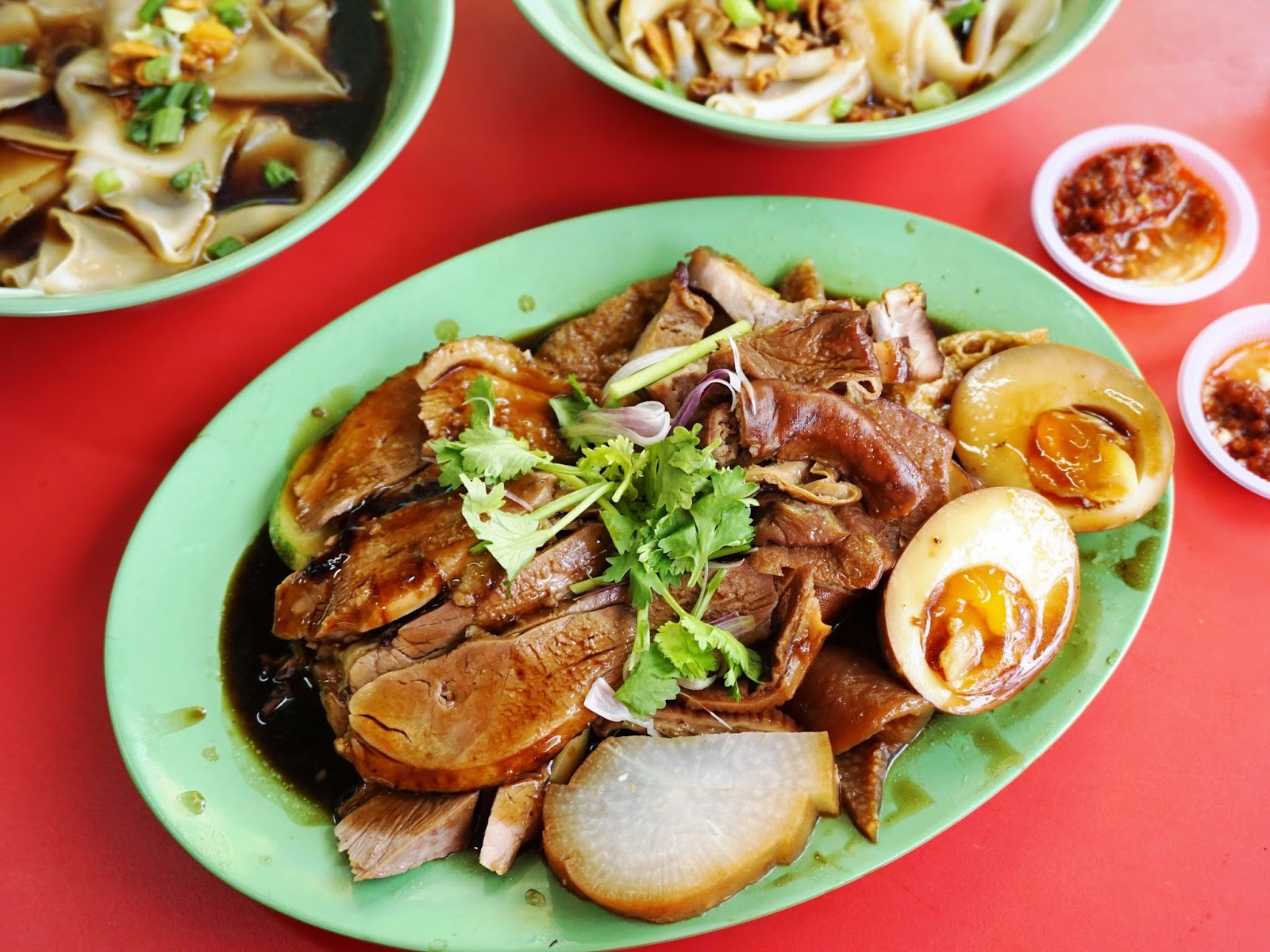 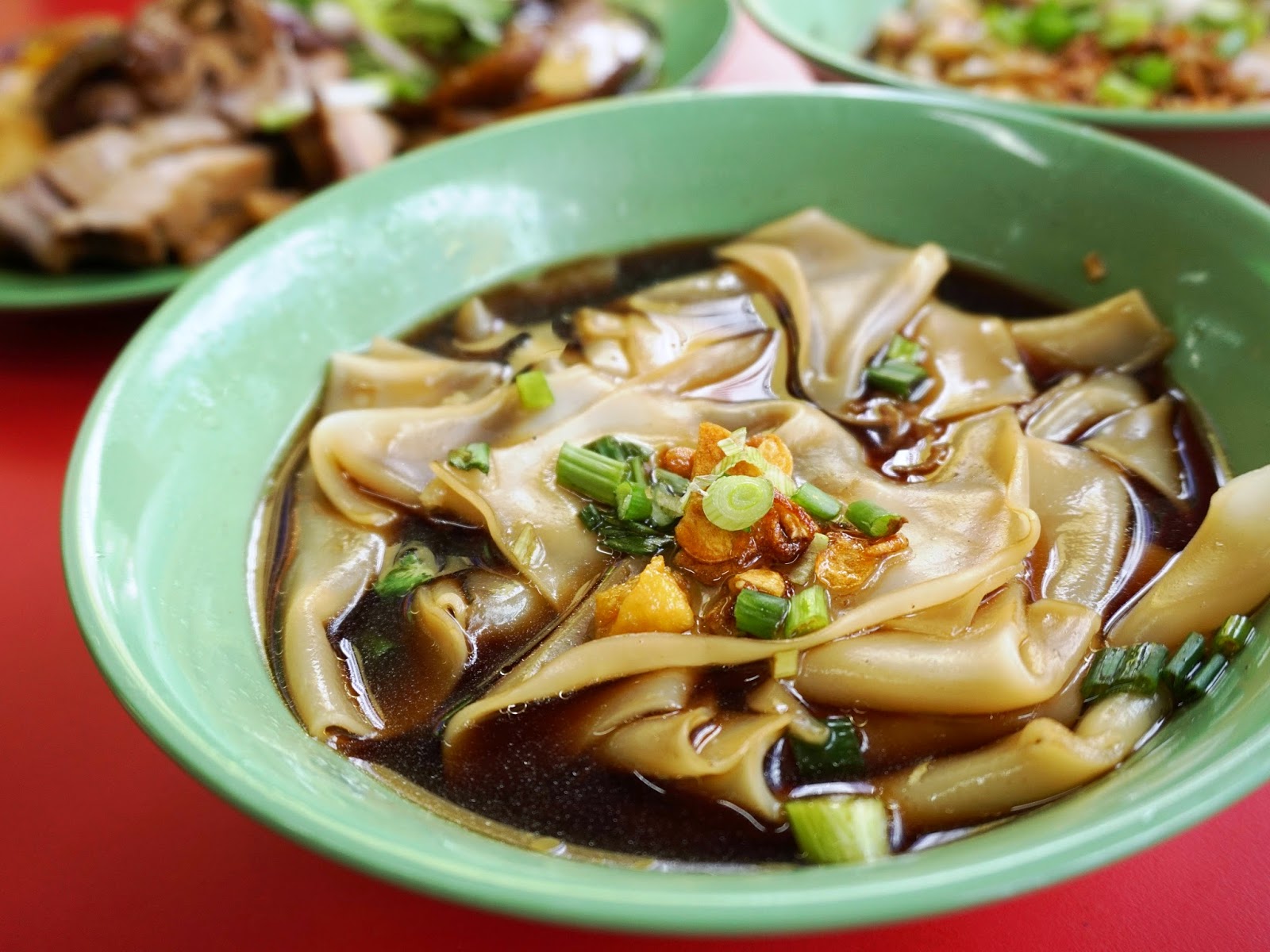 One of the key elements in getting Teochew braised duck to excellence is the braising sauce, and I dare say Jin Ji got theirs nailed down really well. Not at all unnecessarily starchy or thick, but light yet packing a loadful of flavors from the soya sauce and various herbs used.

Besides the duck and lava egg, the ambrosial braising sauce also worked its magic on other stewed items such as Pork Belly, Firm Beancurd, Tau Pok, Radish, Pig Intestine and Pig Skin. We ordered a platter with a bit of everything. Though my personal preference is for the pork belly to be a little more tender, there is really nothing much to nitpick about the other items. It all went brilliantly with my soupy Kway (broad rice sheets). I like the dry version too which came topped with fried garlic slices. Their vinegar garlic chilli is pretty awesome as well.

Melvin is in the midst of revamping his stall, perhaps that explains why prices for the individual kway chap items are not clearly stated yet. A bowl of Duck Noodles starts at $2.50, and Braised Duck Rice at $3.

Affordability with quality. I can see myself coming back for more. 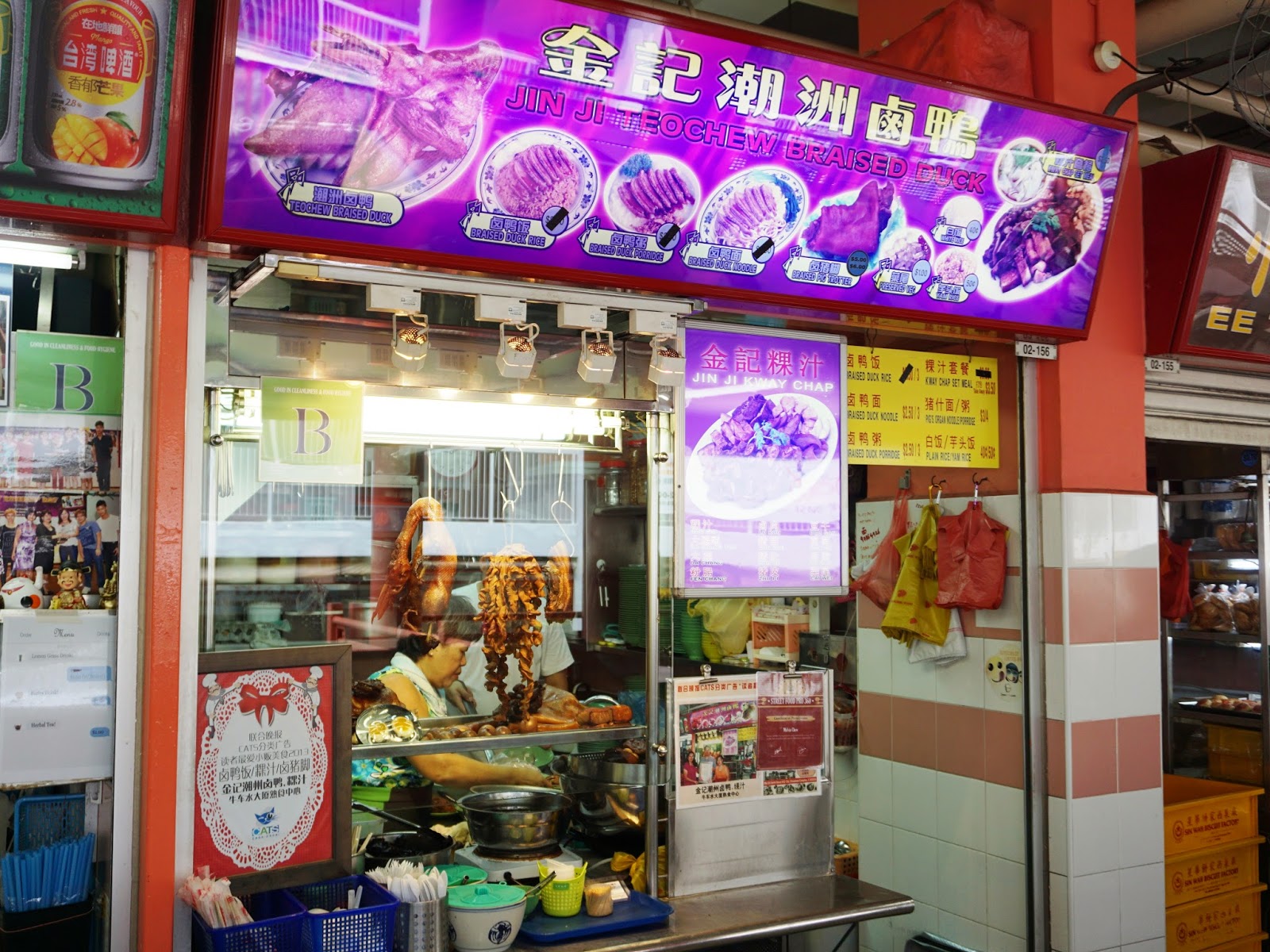