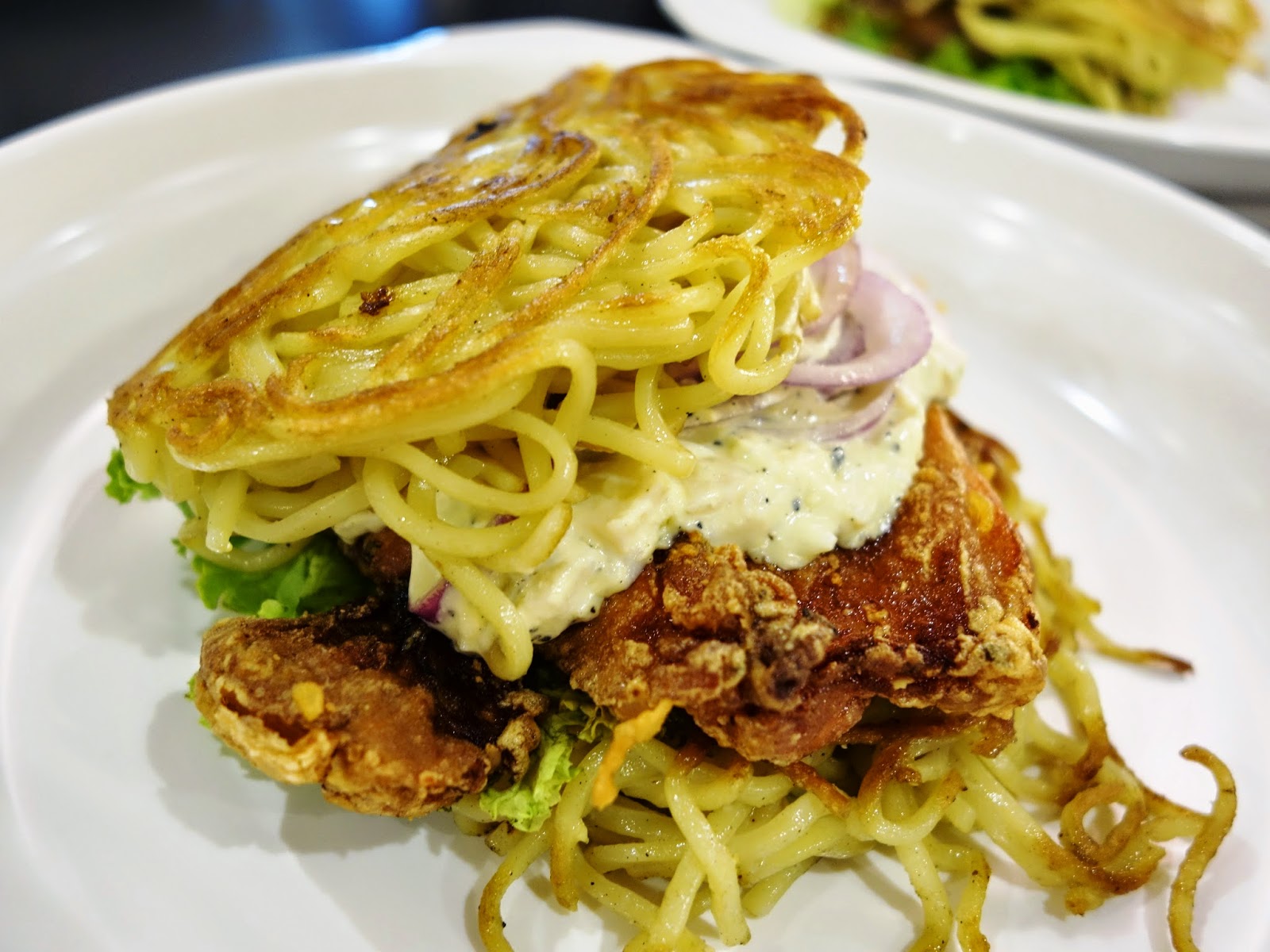 Aloha! What was known before as Burger Shack is now revamped as Little Hiro, serving up an East meets West cuisine of Hawaiian-Japanese BBQ & Grill selections featuring exotic flavors such as their signature Sanzoku Black Pepper sauce and fiery Habanero Volcano sauce.

A trip to Hawaii inspired the owner to make this change while keeping the prices remaining affordable, probably to retain the largely student clientele which Burger Shack used to attract. Its location at King's Arcade along Bukit Timah Road is favorably within proximity of a few educational institutes. With the fairly new Botanic Gardens mrt station situated just 5 minutes walk away, the casual eatery has become more accessible than ever. What drew me to make this trip to Little Hiro is their unique offering of Shio Ramen Burger! 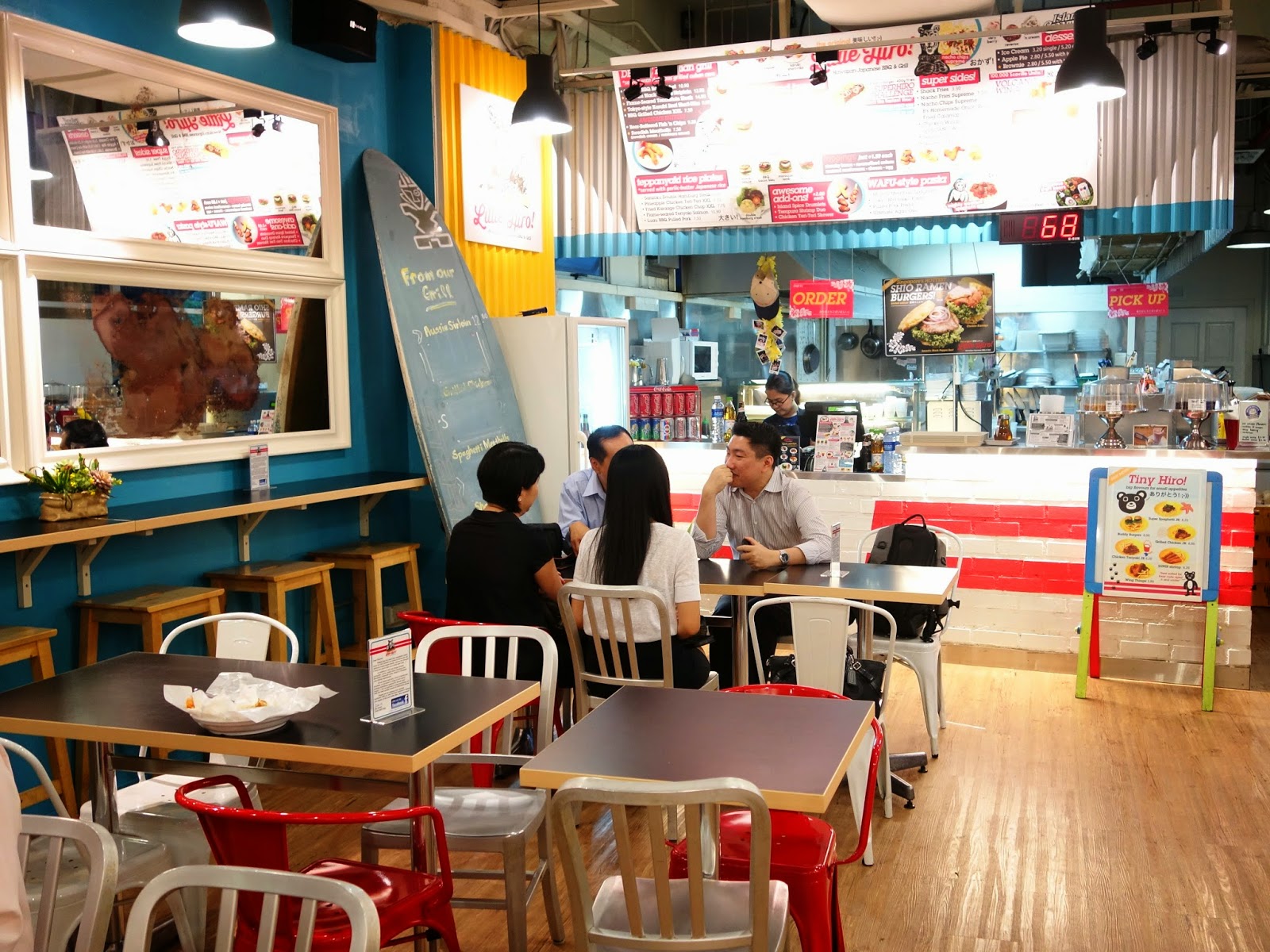 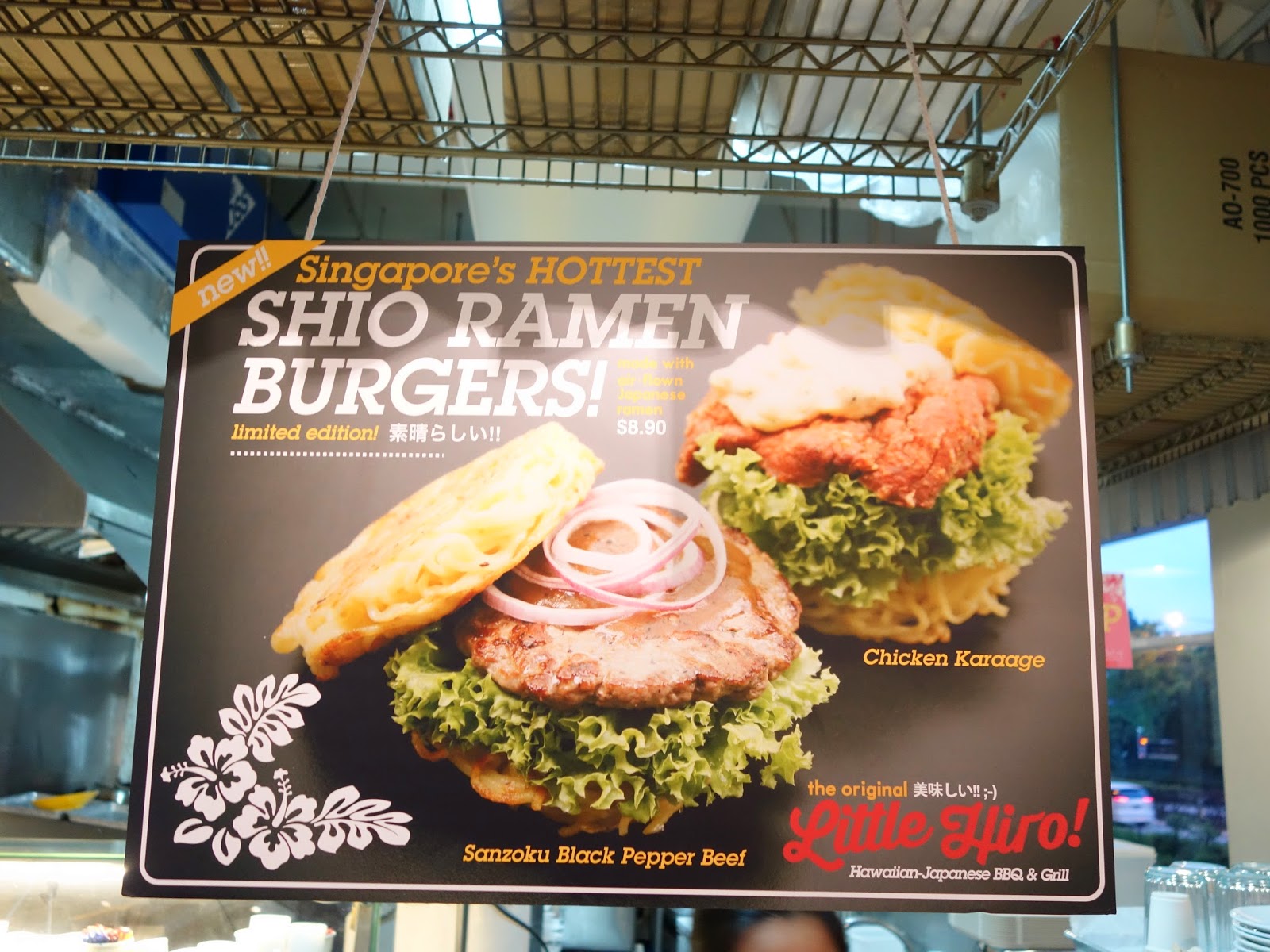 The original ramen burger created quite a buzz when it debuted in a New York food fair last year, attracting long queues of eager people clamouring for a taste of this refreshing twist on the American burger, with the use of Japanese cooked noodles replacing the classic bun. Well, what can I say of this blending of two food culture... novelty sells? 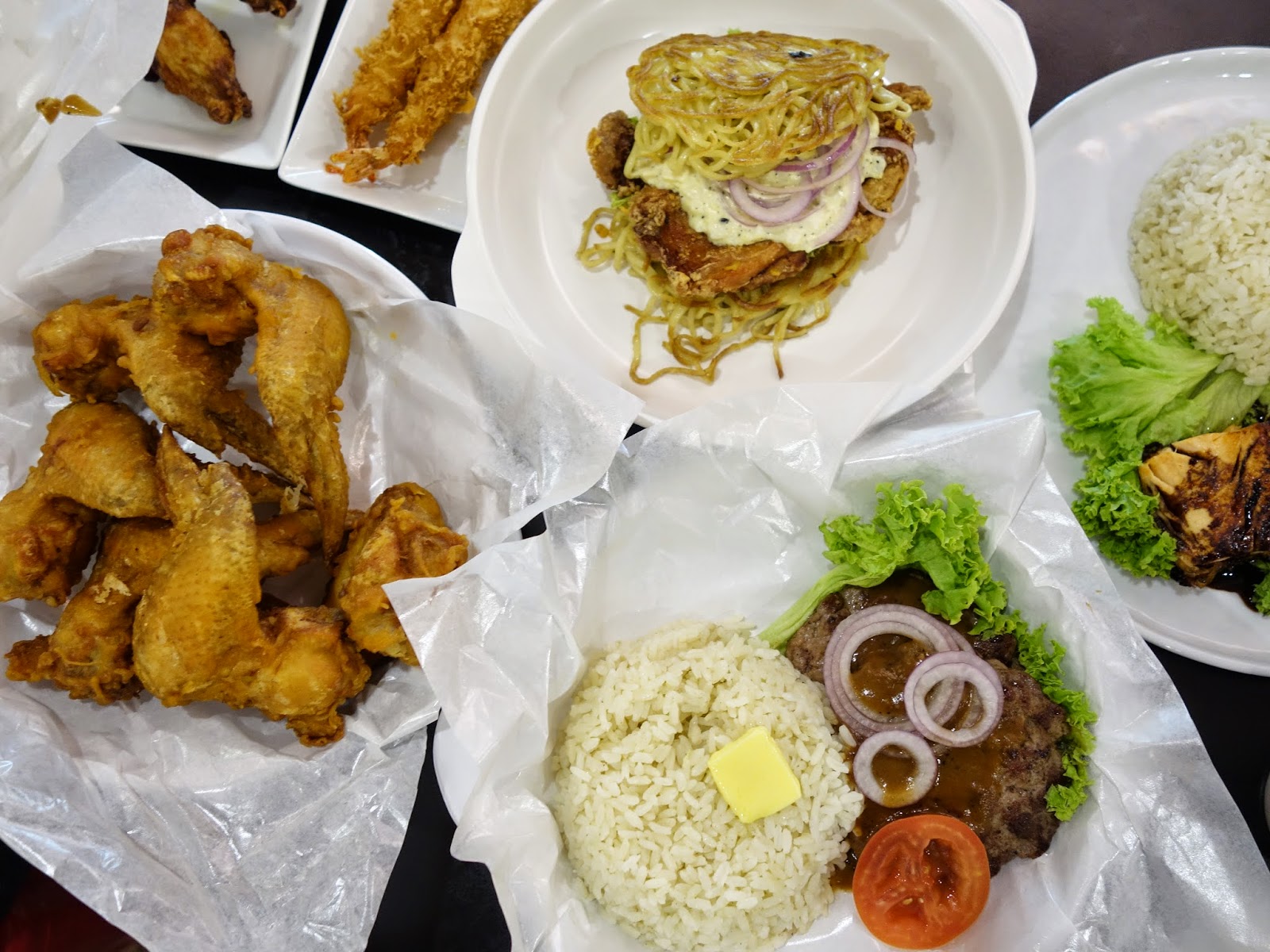 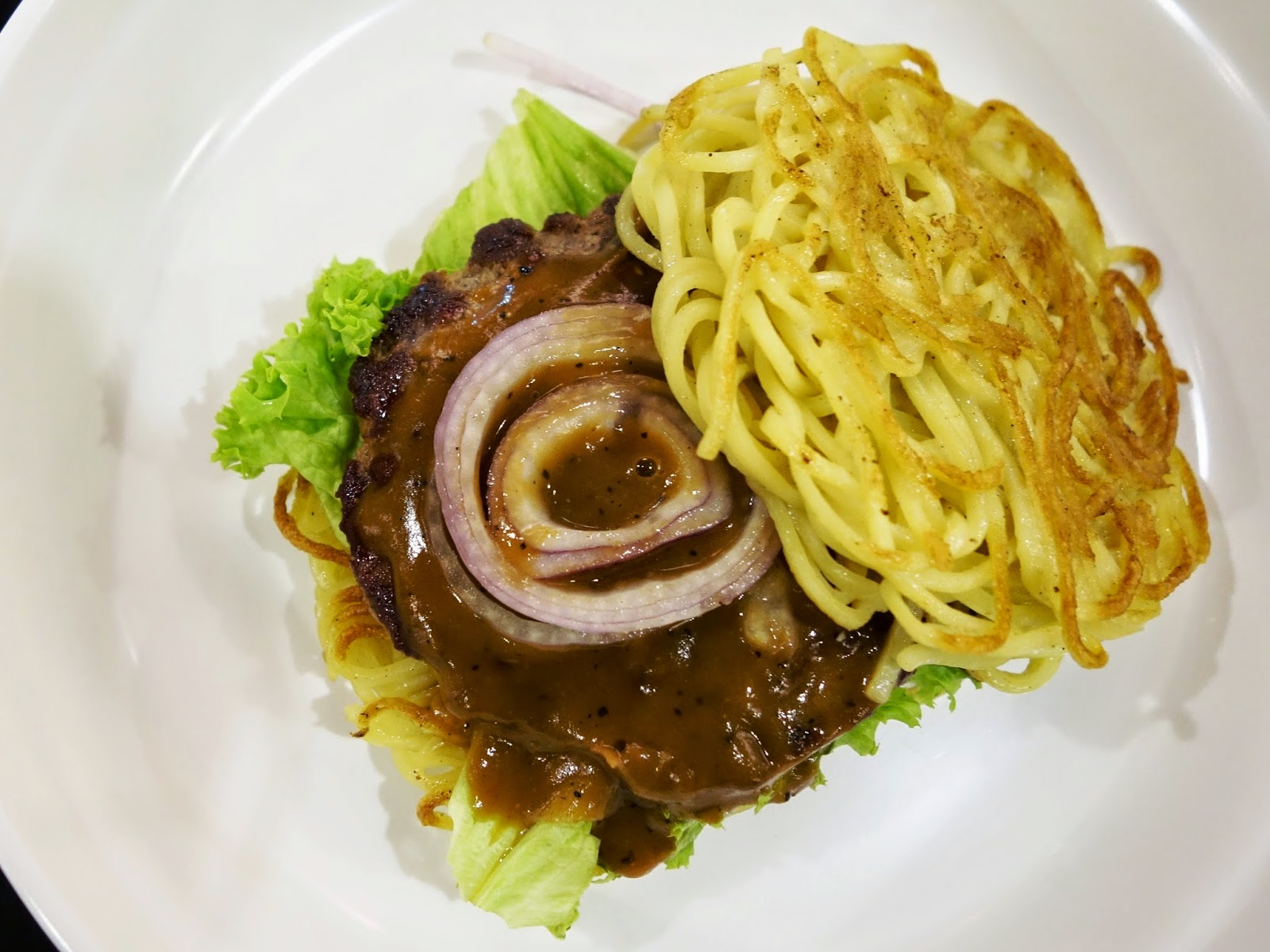 I thought it's quite apt that Little Hiro offers up their own rendition - Shio Ramen Burger, having adopted a Hawaiian-Japanese food concept. The two flavors currently available are Sanzoku Black Pepper Beef ($8.90) and Chicken Karaage ($8.90).

The ramen used is specially sourced from Japan and air-flown into Singapore. Sounds promising in terms of quality, but did not impress us much with its flat taste. It would perhaps be better if the salt-seasoned noodles can have more complexity in flavor to better complement the crispy battered chicken chunk. But all is not lost, as the pairing with creamy egg mayonnaise gave it a redeeming bite. I much preferred the chicken over the beef, as the latter's patty was a tad tough. 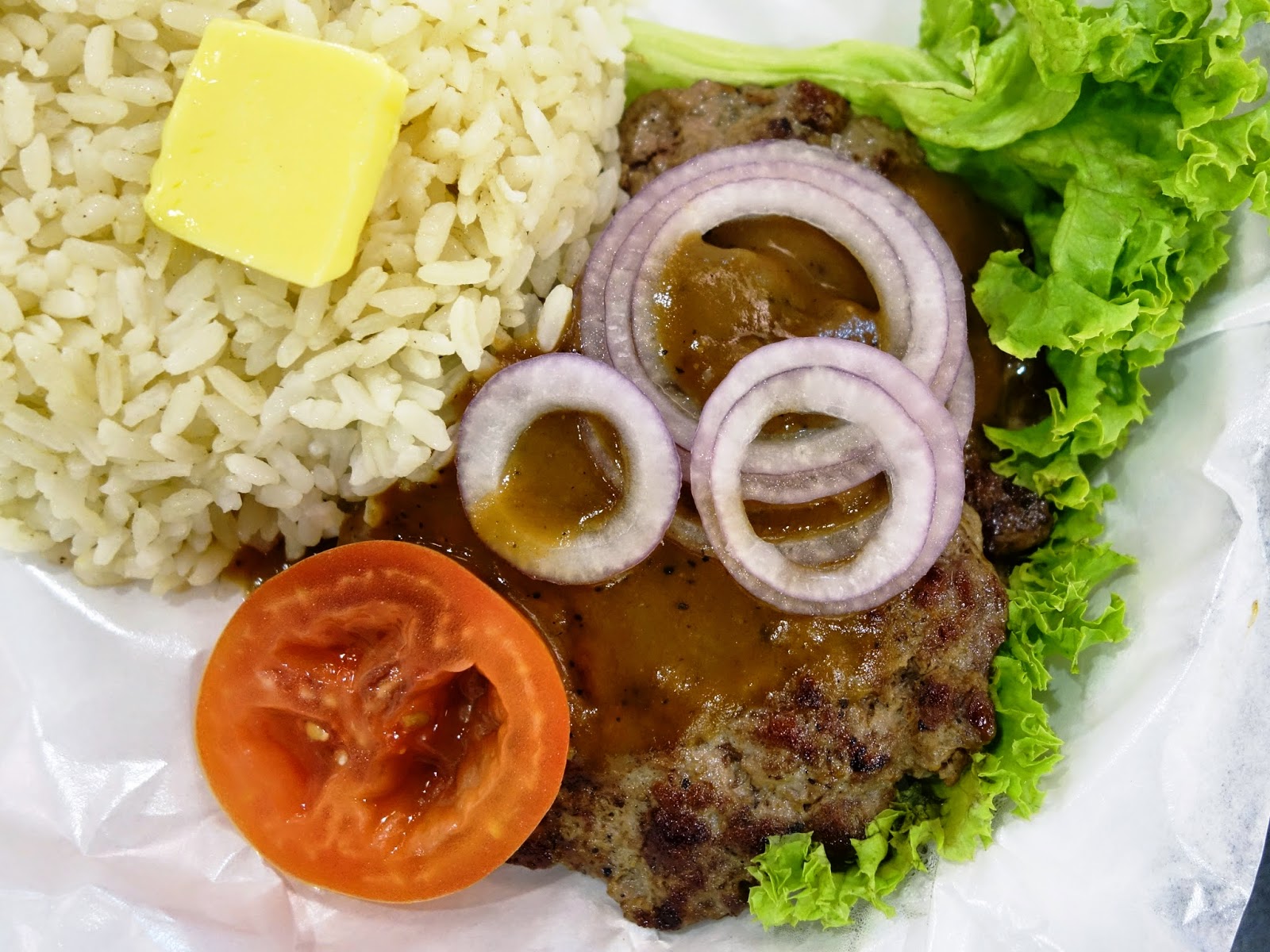 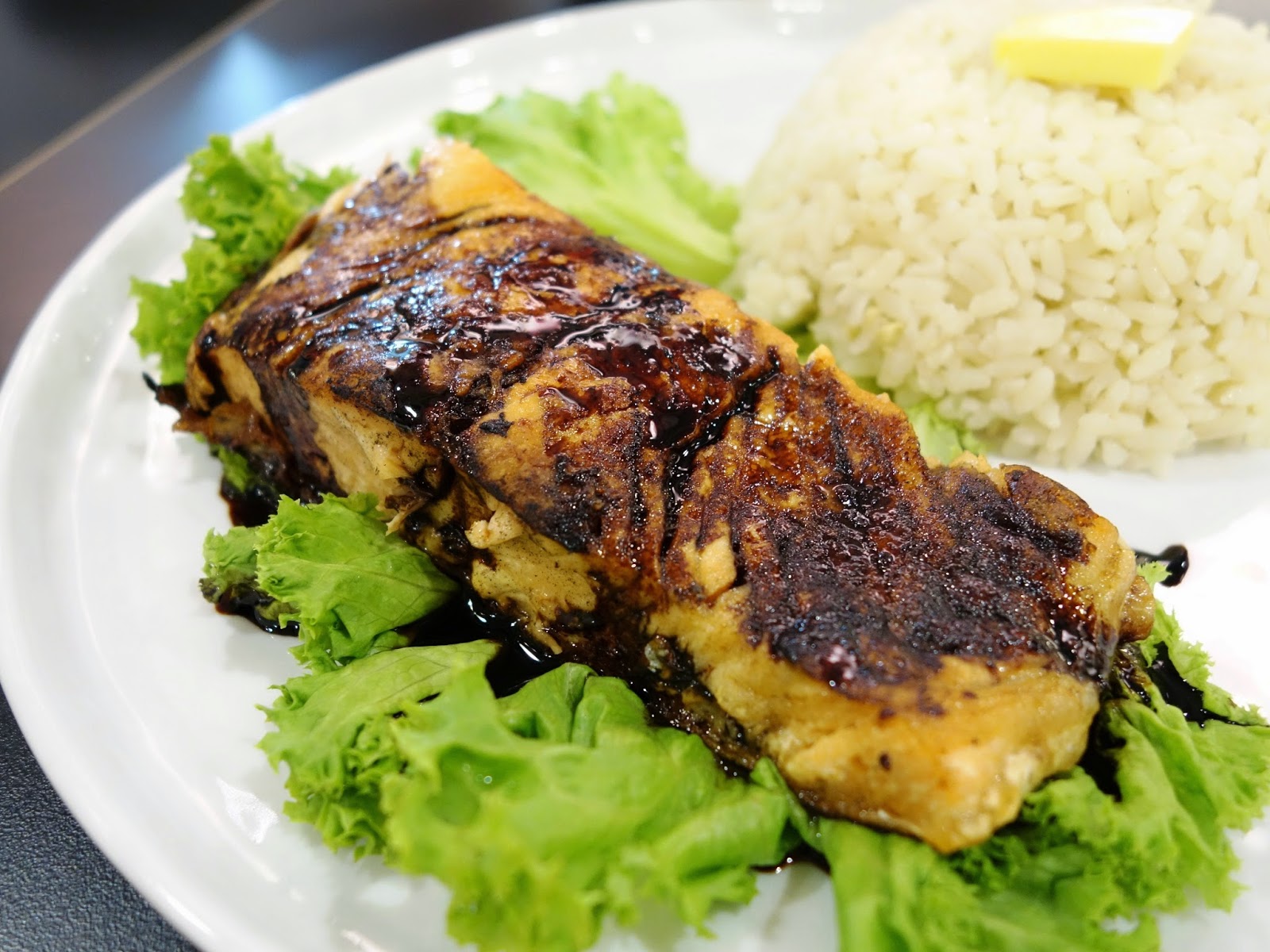 Looking at the portions of Teppanyaki Rice Plates which we also ordered, it's considered value-for-money as each serving of main with Garlic-Butter Japanese Rice are rather substantial. The cut for Flame-seared Teriyaki Salmon ($10.90) was especially generous, but the overdone meat lacked the moisture and buttery taste of a perfectly cooked salmon. It seemed that Sanzoku Double Hamburg Steak ($8.20) used the same beef patty and sauce as the ramen beef burger, again did not win our favor.

To have the add-ons of Island Spice Drumlets and Tempura Shrimps Duo at only $2 each was too tempting to refuse and they did make decent sides to munch on. The basket of Chicken Wings ($3.50-2pcs / $6.50-4pcs) was surprisingly enjoyable. Though it can do with a little more marination, the wings were sufficiently plump and deep-fried to an golden crispy outer without much greasiness. 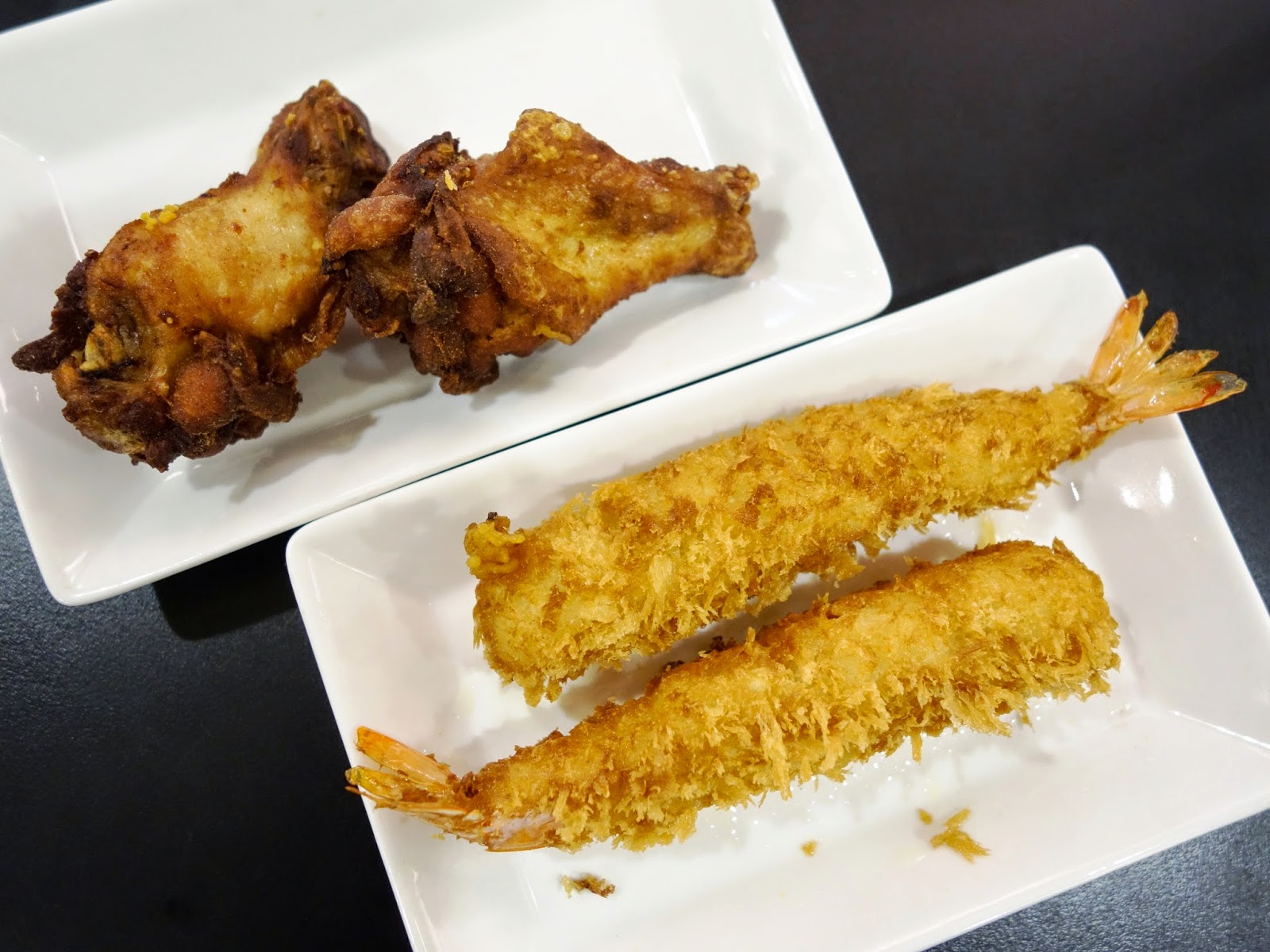 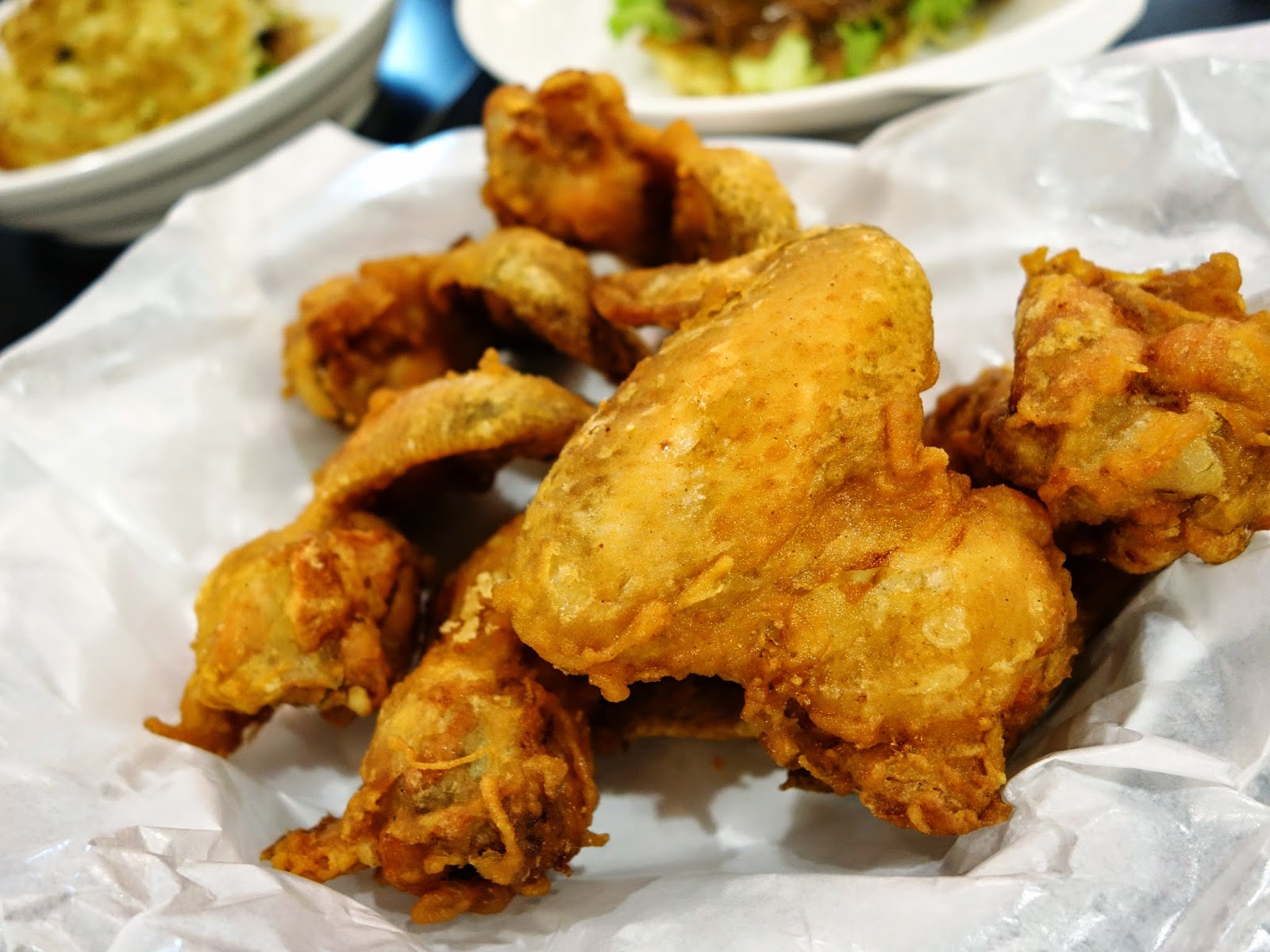 As I had left the food ordering to my dining companions, I only realized halfway through our meal that we did not try any of Little Hiro's popular burgers. By then, I did not have much confidence of how the burgers will turn out and decided to give it a miss. Anyway, my objective of being here to have a taste of the ramen burger was already achieved.

Though the food we tried at Little Hiro fell short of expectations, it's easy to understand the appeal of the place - Bright, colorful setting with a cutesy vibrant vibe and value for money menu offerings. Overall it's still a nice hangout joint for the young and young-at-hearts :) 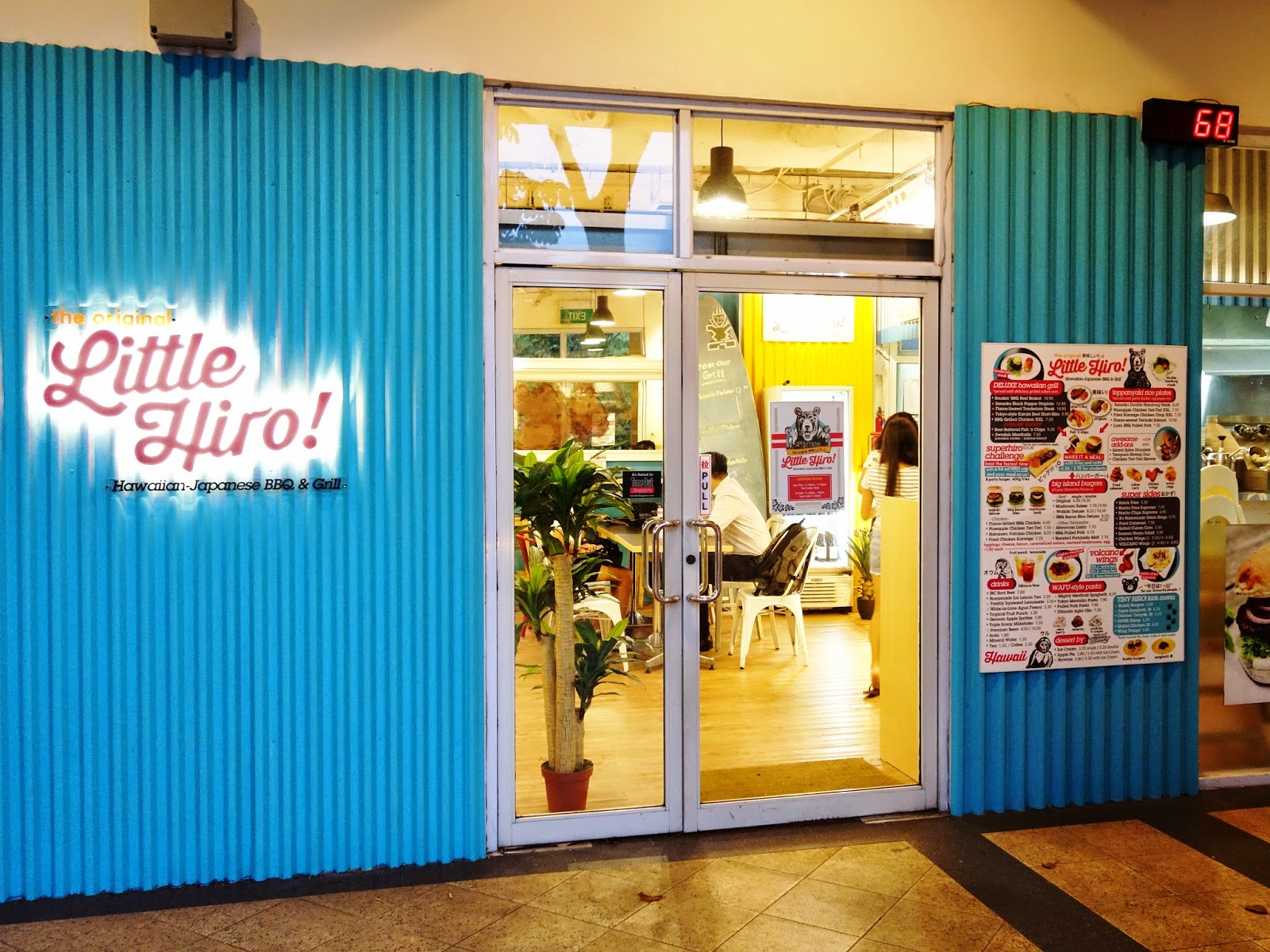