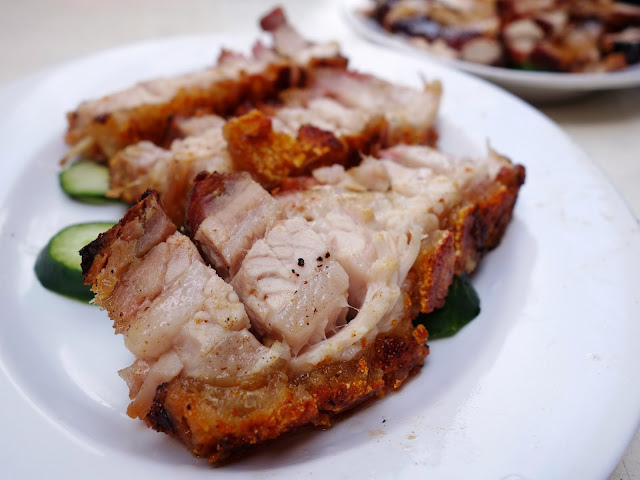 By the time I'm writing this, I have already specially visited a stall called Cross Way Bay Hong Kong Roasted Meat (尖沙嘴港式烧臘) three times within a short period of one month, all because of its Roasted Pork Belly. Be it called Sio Bak in Hokkein, or Siew Yoke in Cantonese, ooh... the allure of this boneless cut from the belly of a pig with its interweaving layers of fat and meat, and skin roasted to a crackling crisp is undeniably irresistible! Nestled deep within the labyrinth of Tampines street 44 shops cluster, the coffeeshop stall might be a little difficult to locate, but with a little patience (and maybe lots of walking for the directional challenged), it would ultimately be worth it. My friend calls this place a hidden gem. And it really is. Literally. 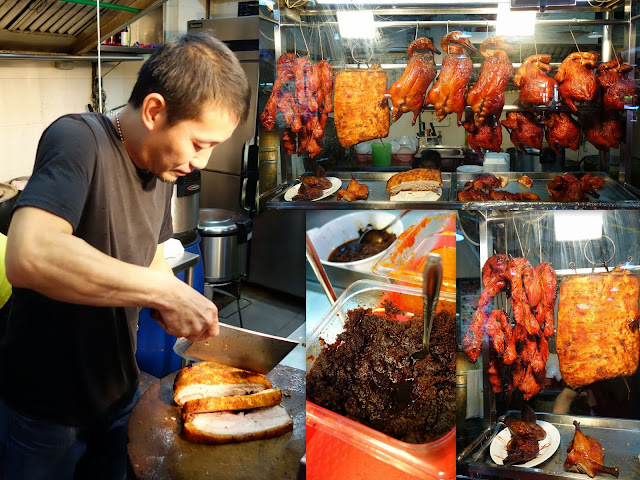 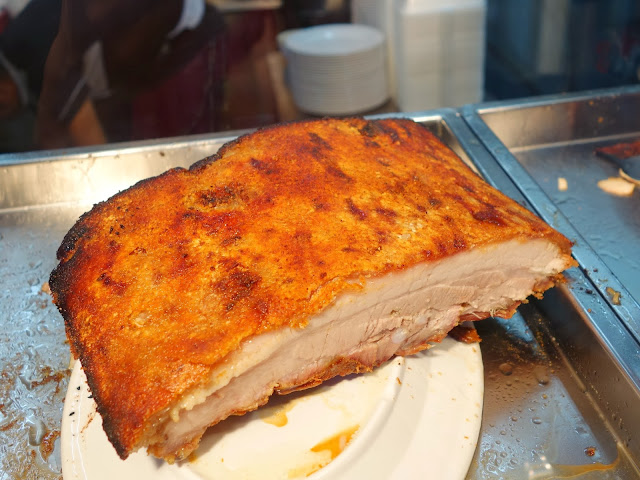 I shouldn't say much about how perfectly the Roasted Pork Belly was done, lest some of you might say my command of English is inadequate to fully describe all its merits. Can the beauty of its golden skin even be manifested in words? Light, airy, crumbling with a shattering crisp, its gorgeous crunchiness rendered me at a loss for words at first bite, quietly setting a benchmark of how a well-executed piece of roasted pork belly should be.

I couldn't eloquently express how succulent and flavorful the meat was, how gently the fats melted in my mouth, how I thought the pig had died a worthy death and is now glorified posthumously under the mastery skills of this roasted meat stall owner, Martin. Oops, maybe I've already said too much, but nothing beats you coming here and tasting this roasted pork belly yourself. If you happened to be there at the right hour, be ready to savor it at its peak when it's still slightly warm. 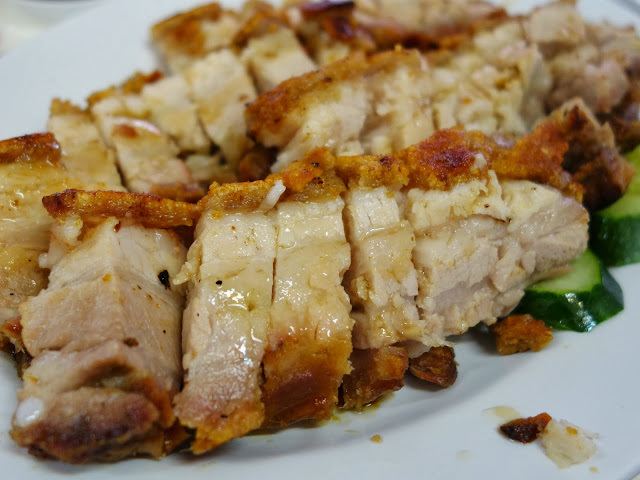 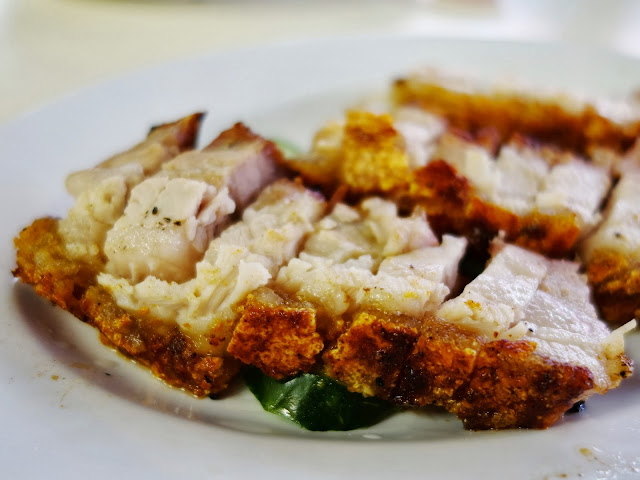 The roasted pork belly had not one, not two but more than a few foodies and blogger friends going "wow!", "wow!", "wow!". Not too surprisingly, KF Seetoh ordered a takeaway after finishing two plates with us, foodie friend Alice already placed a one-kg advanced order for her upcoming Lunar New Year meal, while the rest of us are perpetually in a state of constant clamoring for more.

Though the roasted pork belly is the outstanding star here, other meat items such as Roasted Char Siew, Roasted Duck and Roasted Chicken are good too, especially the char siew which was coated in a superb caramelized sauce. While it was not as fatty as I prefer it to be, each slice of meat was still sufficiently tender and utterly enjoyable. Served with rice and free stewed soup, every plate of humble yet satisfying deliciousness starts from only $3 onwards. The price doesn't include a bandung drink nor any packet of tissue, but it will be worth every cent and calories. Enjoy. 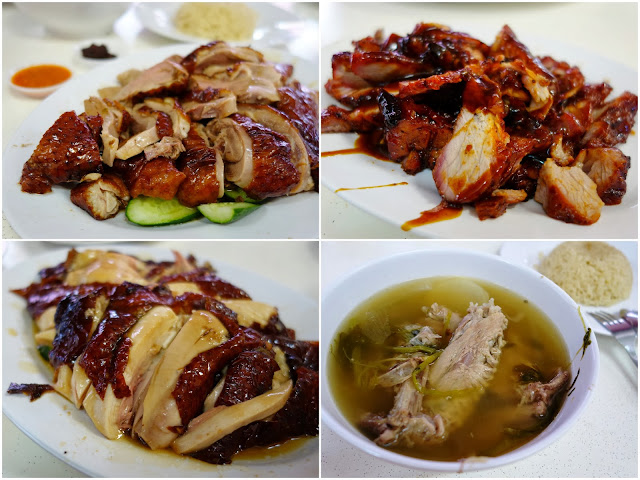 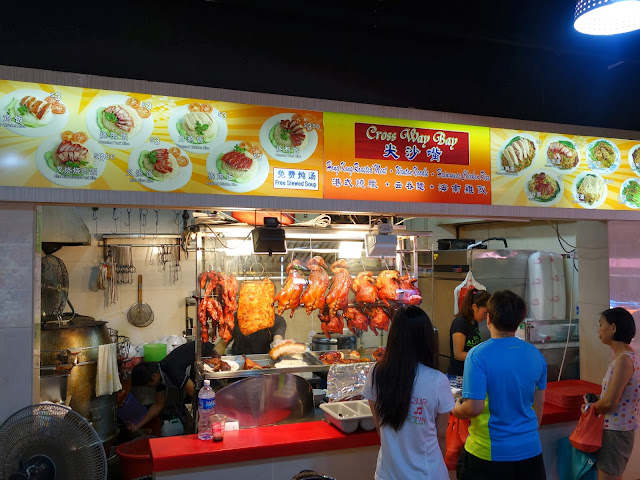 Thanks to Uncle Smart for unearthing and sharing this treasure.

Posted by PinkyPiggu at 2:00 AM