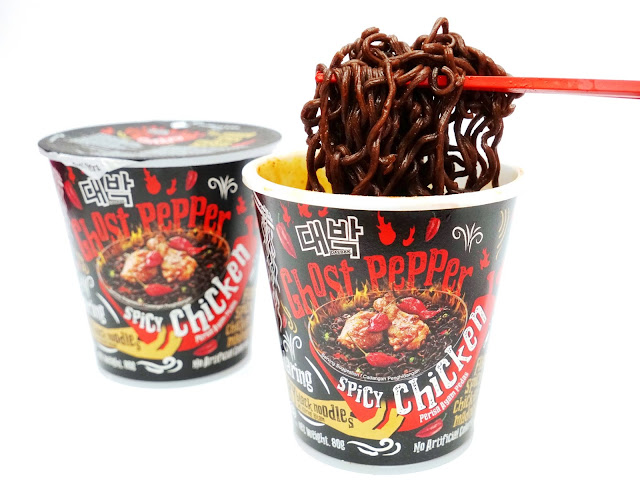 Daebak Ghost Pepper Spicy Chicken Noodles has been dubbed the spiciest instant noodles in Malaysia. What's the fuss all about?

That's exactly where the thrill is, so we readily accepted the #canornotchallenge! 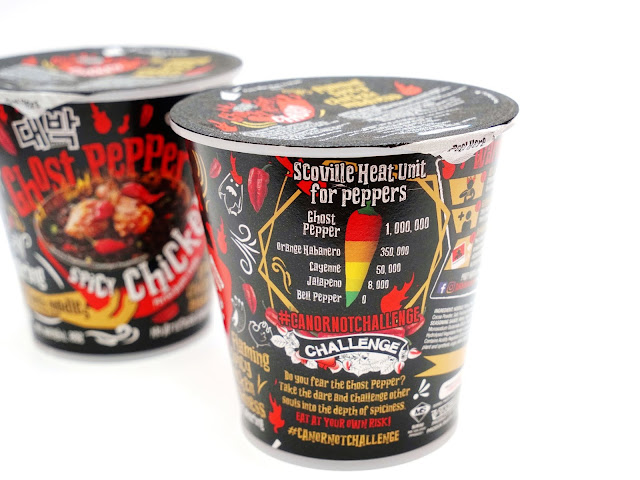 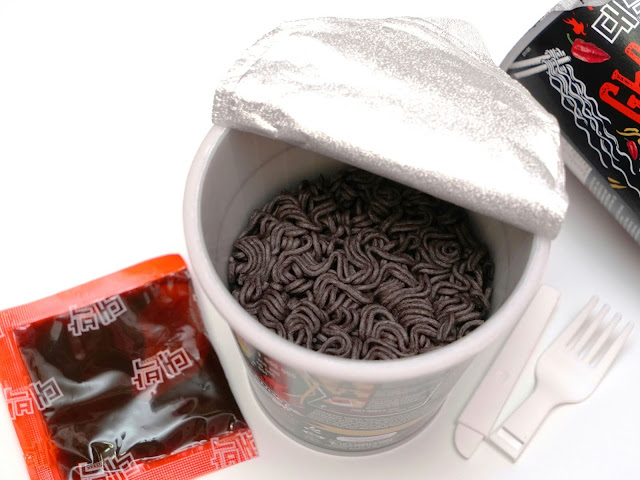 The Daebak noodles is visibly different from the usual with its brownish-black tone, and looked as though it's covered in gushes of sticky blood after the deep-red ghost pepper seasoning sauce is added.

As an avid fan of spicy food, I eagerly took a brave generous mouthful and like it! The noodles had a QQ chewy texture, and contain a tinge of sweetness amid its spiciness. Though more fiery than the typical spicy noodles, it was rather tasty in a way. 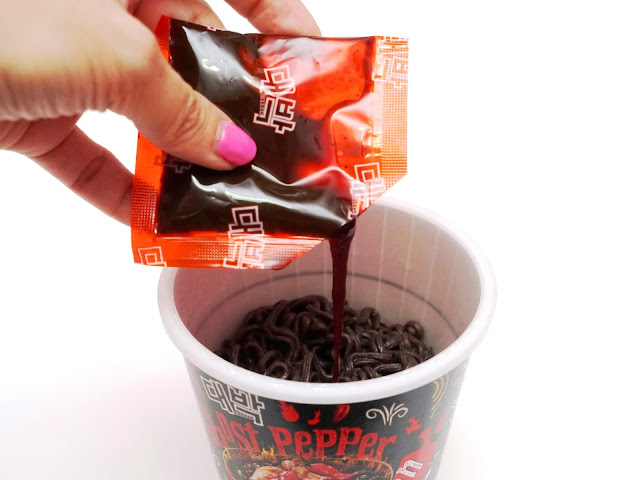 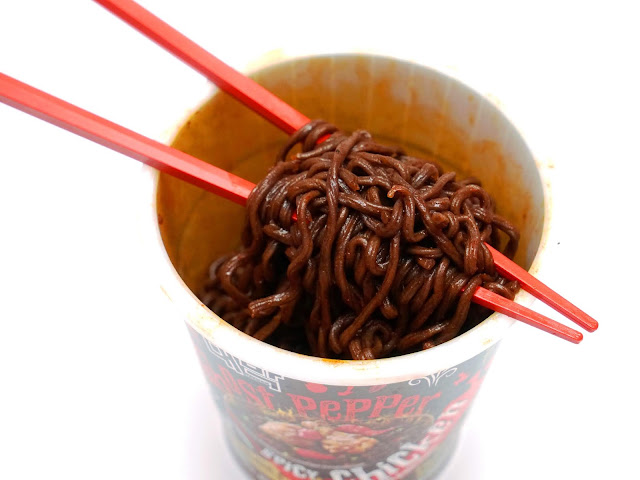 The noodles' hot, stinging sensation did not set in all at once immediately, but soon exploded on the tongue. It got spicer and spicer. Worse, the spiciness refuses to go away!!!

I can seriously feel the heat rising up to my whole head, and eyes getting watery. My mouth started swelling up too. It got unbearable by the third bite, so I gave up. #toochallengingliao #savethecalories

Some noodles are spicy-shiok, but this belongs to the spicy-torture category!!! Try at your own risk. 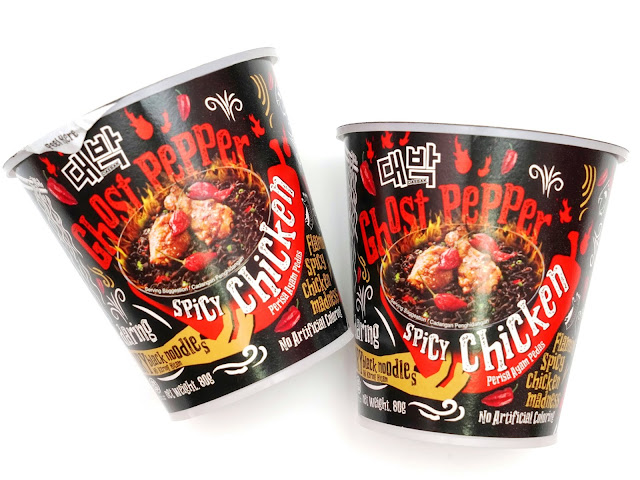 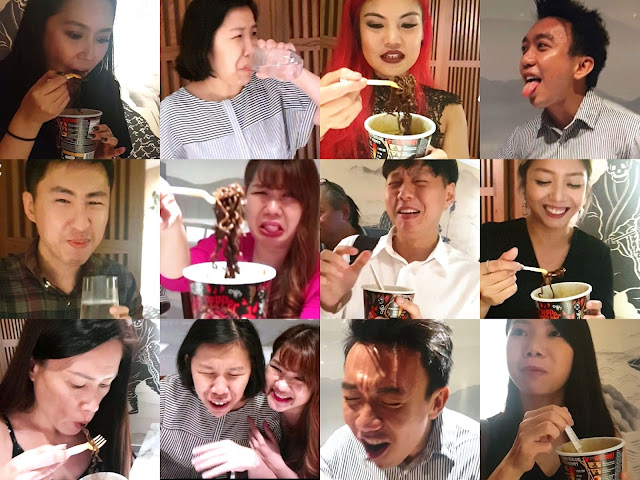 Daebak is a joint venture between Malaysia's Mamee and South Korea's Shinsegae Food.

The Daebak Ghost Pepper Spicy Noodles are available from March till May 2019 in Malaysia's 7-Eleven stores at a recommended retail price of RM5.80 while stocks last.

If you're unable to view the embedded version, please follow this link:
https://www.youtube.com/watch?v=dkTu2y-FErE