Ramen Keisuke Tonkotsu King - MATSURI Opens At Parkway Parade! One Of The Best Ramen In Singapore That Is Worth Travelling The Distance For 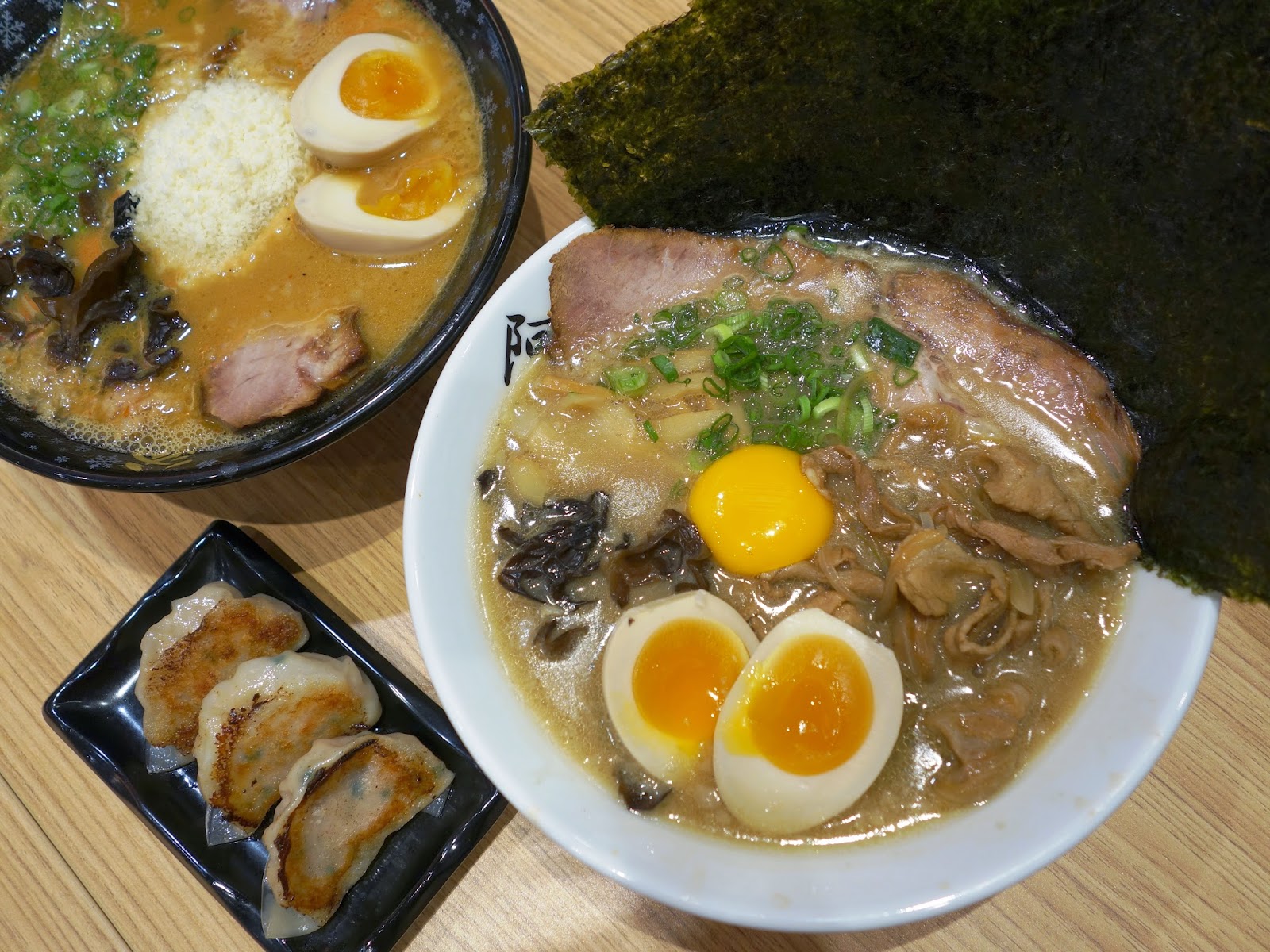 Ramen lovers, rejoice! Ramen Keisuke Tonkotsu King has just opened its 6th ramen house in Singapore - MATSURI! The culinary creativeness of Chef Keisuke Takeda is seen once again in this latest concept after the success of his earlier outlets - Tonkotsu King (Orchid Hotel), Tori King (100AM), Four Seasons (Bugis Village), Gyoza King (Orchid Hotel) & Keisuke Dining (Suntec City). Those residing in the eastern part of our island would probably be the happiest because Matsuri is situated very near them in Parkway Parade shopping mall. Very far for me, but but but, I will travel anywhere (except climb mountain) for delicious food! 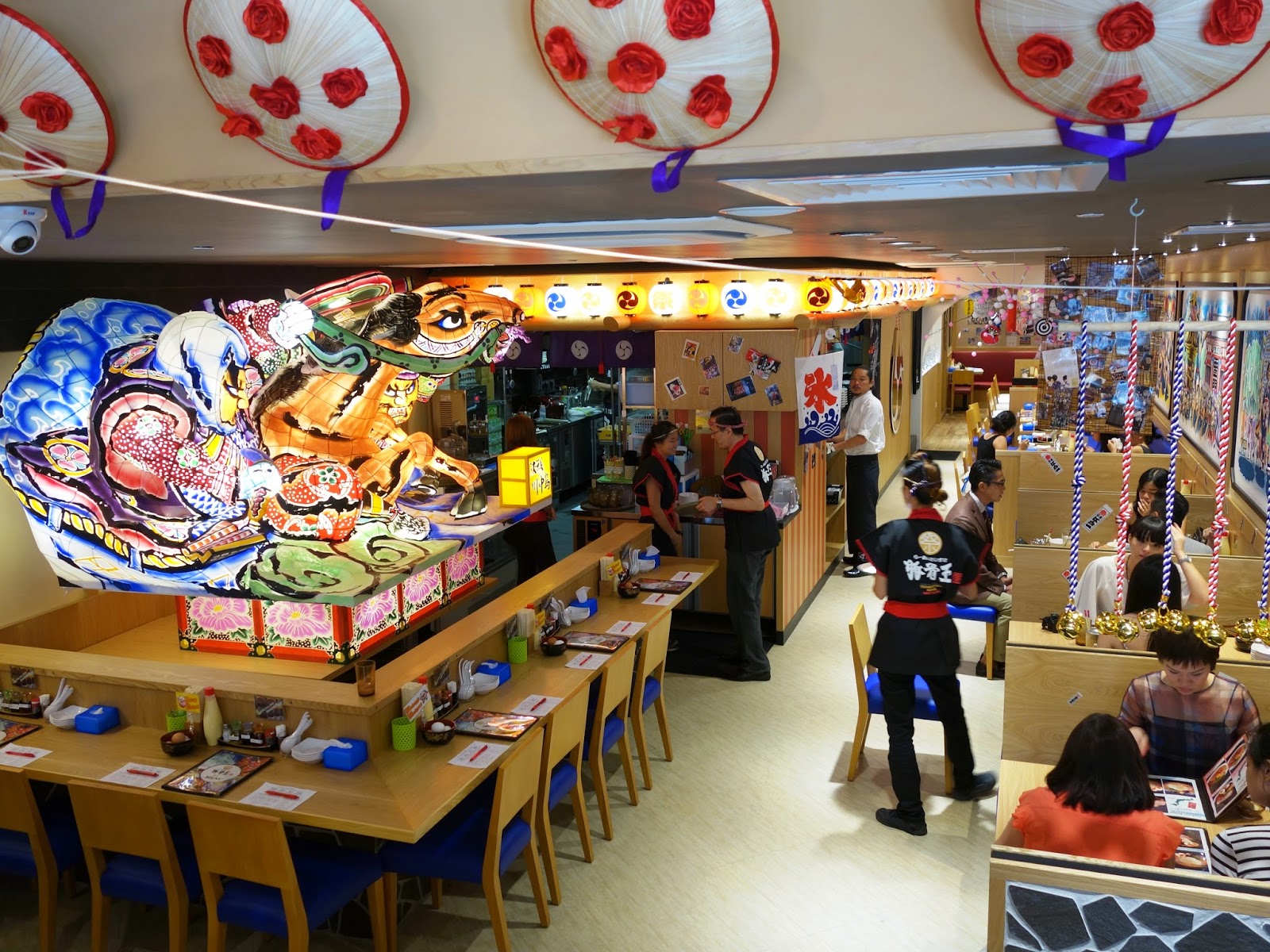 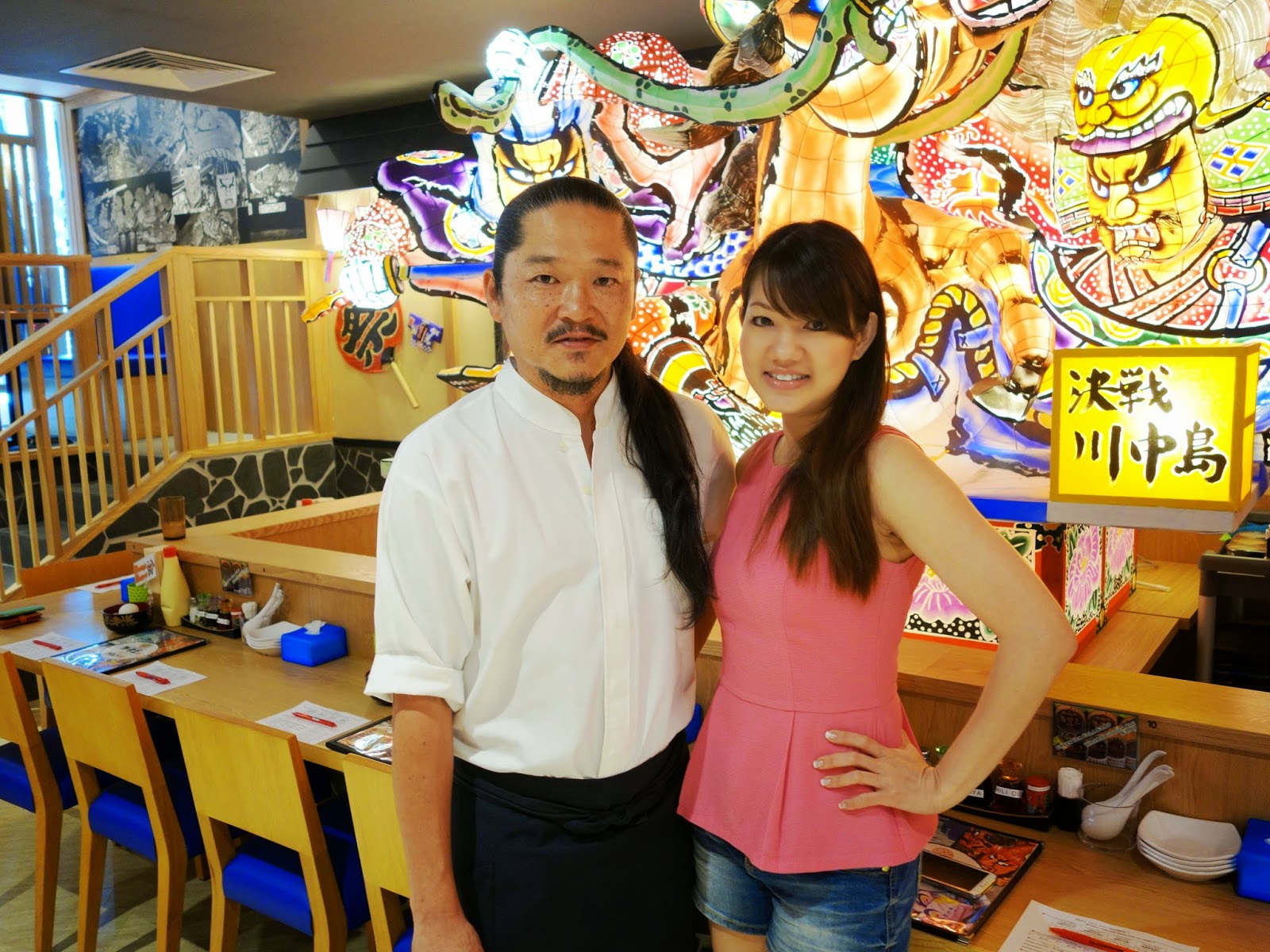 It's amazing how Chef Keisuke can be continuously churning out ingenious twists to what is considered to be a staple noodle dish in Japan. This time, he is inspired by the Matsuri, which are festival celebrations in Japan. I would say this talented man has captured its atmospheric elements successfully both in the restaurant decoration, as well as his 4 new ramen creations which strives to condense the 4 most visited and renowned festivals in Japan into corresponding gastronomic delights in a bowl. 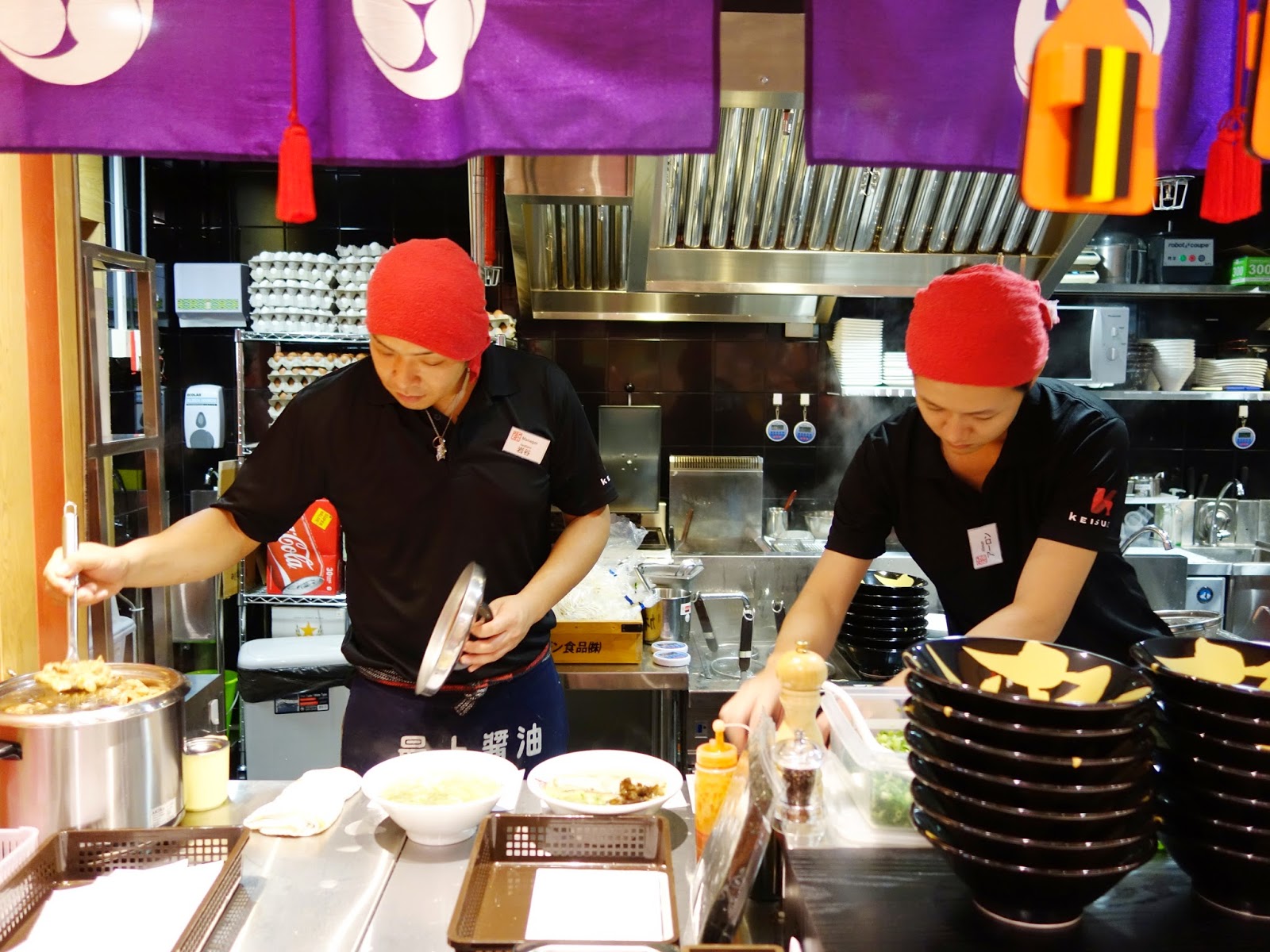 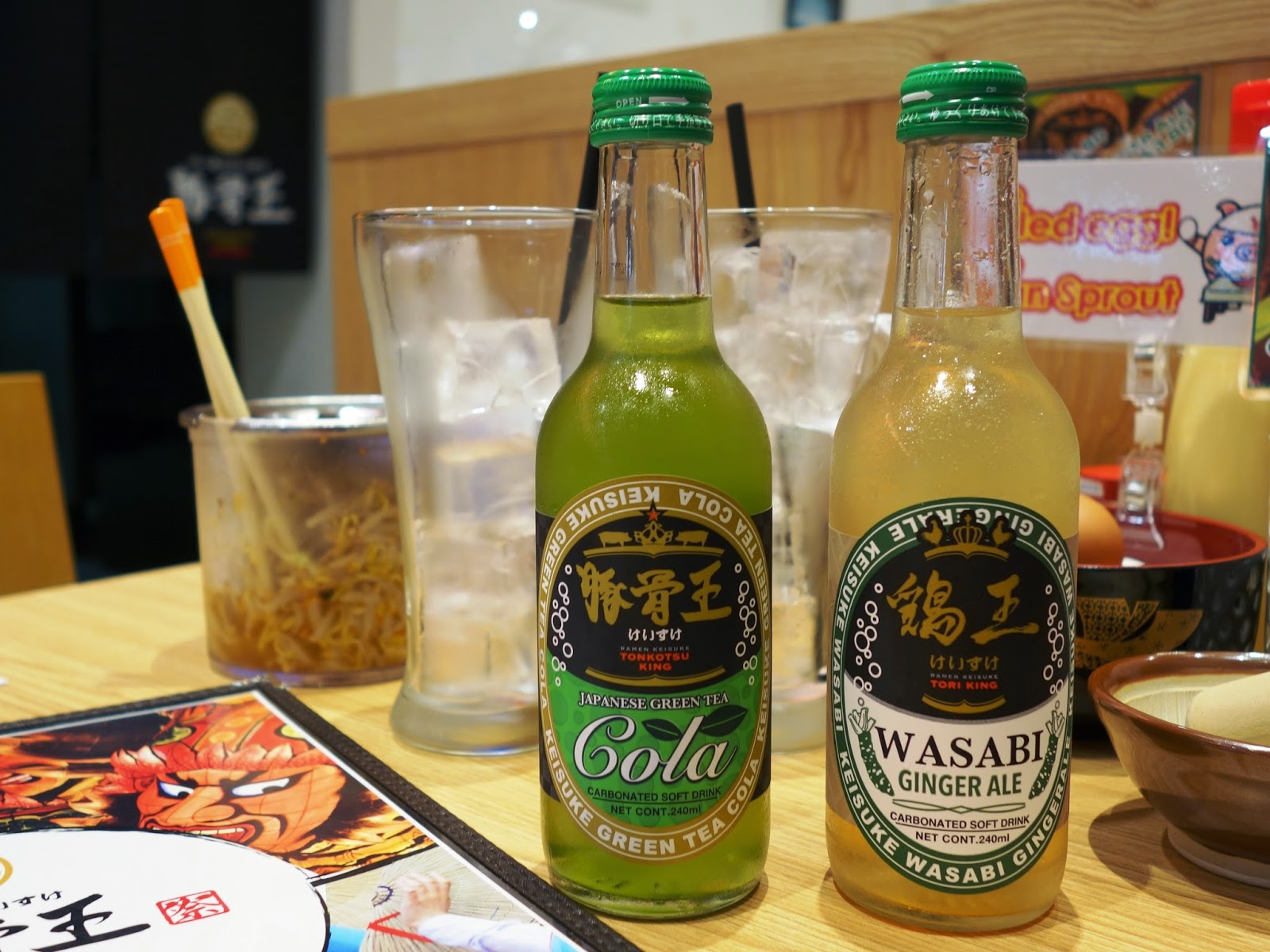 We were greeted by welcoming shouts of "irasshaimase" and a vibrantly colored oversized Nebuta ornament which depicts historical and cultural figures in large-scale paper lanterns as we enter the 60-seater restaurant, and the Matsuri festive mood continues throughout the entire spacious dining space.

The open kitchen allowed us a glimpse into the preparation of our noodle bowl, and served to intensify our anticipation of the thematic ramen that will soon be served. It is not without good reason that I was really looking forward to it, especially when the tonkotsu (pork broth) is laboriously boiled for 10 hours to extract its maximum flavors and creamy goodness, and the noodles are designed to a specific texture and thickness to complement this broth.


As I mixed the trio of black, red and green colored spices well into the bowl of Tonkotsu Ramen SANJYA, I thought to myself, "this is gonna be spicy!". Indeed it was, but skewed more towards the peppery hot kind of spicy, rather than the usual fiery or numbing kind. The potency of this concoction will no doubt satisfy ramen enthusiasts who crave a peppery kick. Not so much for me, though I thought to have this idea arisen from the Sanjya Matsuri in Asakusa (which pays homage to the 3 founders of sensoji temple in Asasuka) was nothing short of brilliancy.

Inspired by the Yuki Matsuri in Hokkaido where magnificent snow and ice sculptures are constructed along the streets in the city, the Tonkotsu Ramen YUKI MATSURI is a blend of Sappaoro's tonkotsu miso broth with a flourish of cheese powder which reminds us of the fluffy Hokkaido winter snow. The combined flavors was uniquely rich upon first tasting, but soon proved to be a tad overwhelming and salty for my palate.


What I thought to be an ordinary-looking bowl of Tonkotsu Ramen NEBUTA turned out to be the best flavor among all I've tried. Inspiration for this ramen came from the Nebuta Matsuri in Aomori, which stages a parade of giant Nebuta lantern floats through the city's main streets. The layering of flavors from the initial savoriness of Tonkotsu pork bone broth to the ending notes of seafood sweetness from the Niboshi Iwashi (Japanese sardines which Aomori is known for) broth gave it a clean-tasting complexity that was simply astounding and downright enjoyable. I would personally recommend this because it's utterly slurpilicious!

Another favorite among our table was the Tonkotsu Ramen AWAODORI. The Awaodori festival in Tokushima is famous for being the largest dance festival in Japan and Tokushima-style ramen with its topping of pork sukiyaki already has a big following of supporters. Chef Keisuke added his own touches by topping his signature tonkotsu ramen with his secret recipe pork sukiyaki and a raw egg yolk, resulting in an addictive bowl that was lusciously full-bodied with an intense eggy aroma. 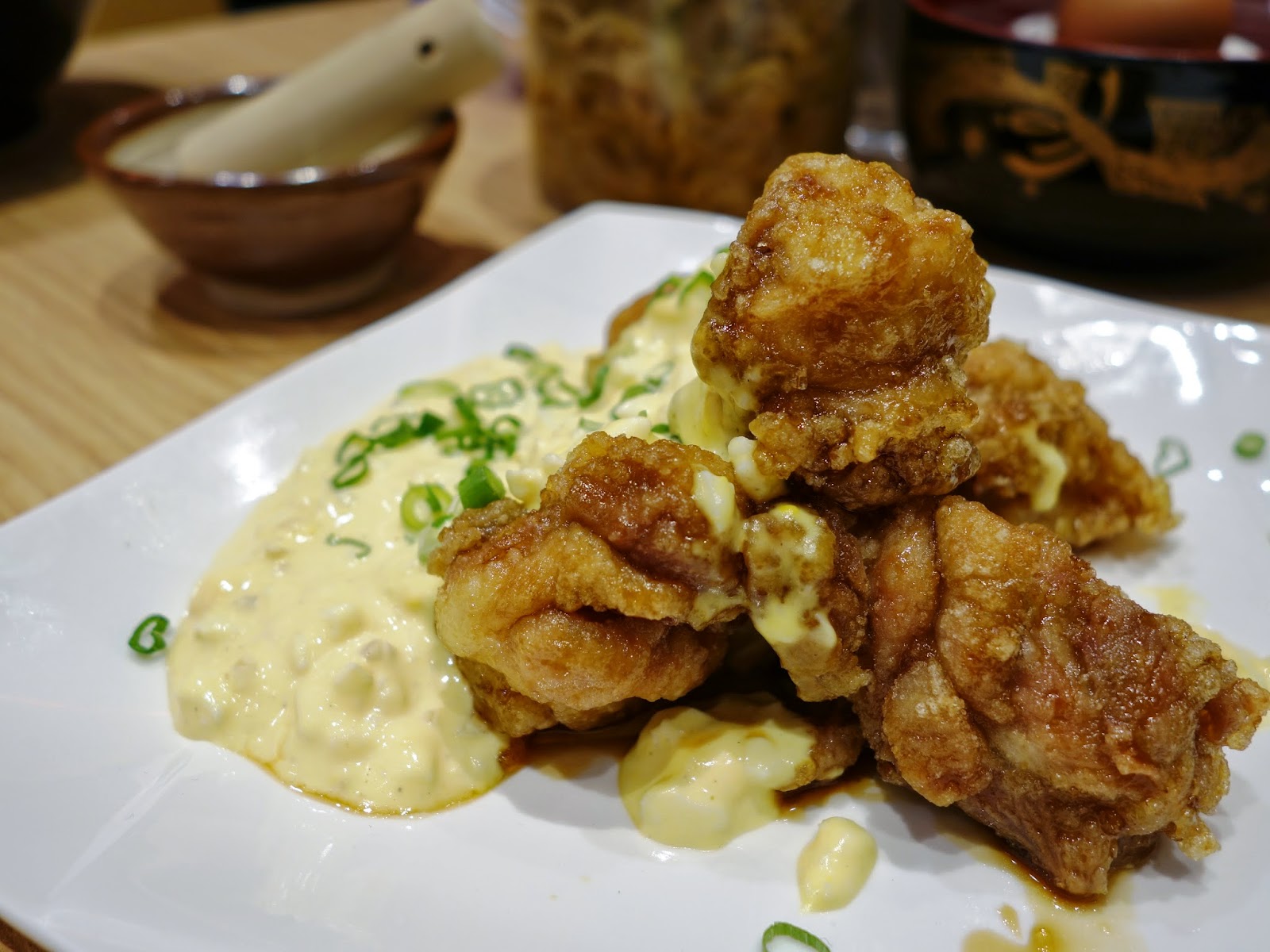 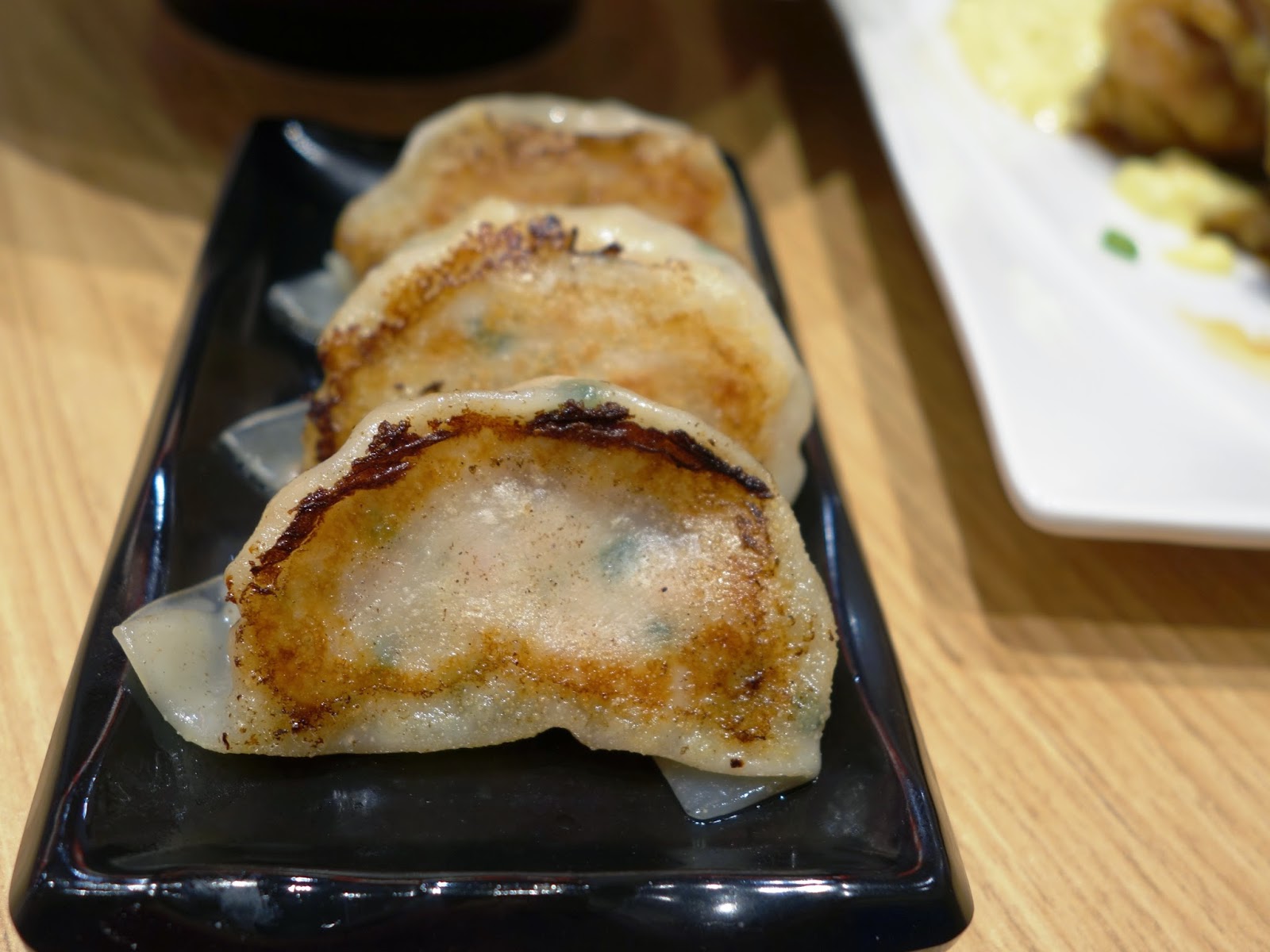 Nothing to be faulted of the noodles which were of a perfect springy doneness, but the accompanying pork charshu was rather lean and purposely cooked to retain a bit of bite. I would prefer it to have a more melt-in-the-mouth texture. The eggs which were beautifully executed with a runny yolk center got our thumbs-up and love.

The side dishes are also not to be missed, especially the crispy fried Chicken Nanban ($9) served with egg tartar sauce and the highly delectable Gyoza ($3 for 3pcs / $6 for 6pcs) that bursts with juiciness as I sank my teeth into them. Yummy! 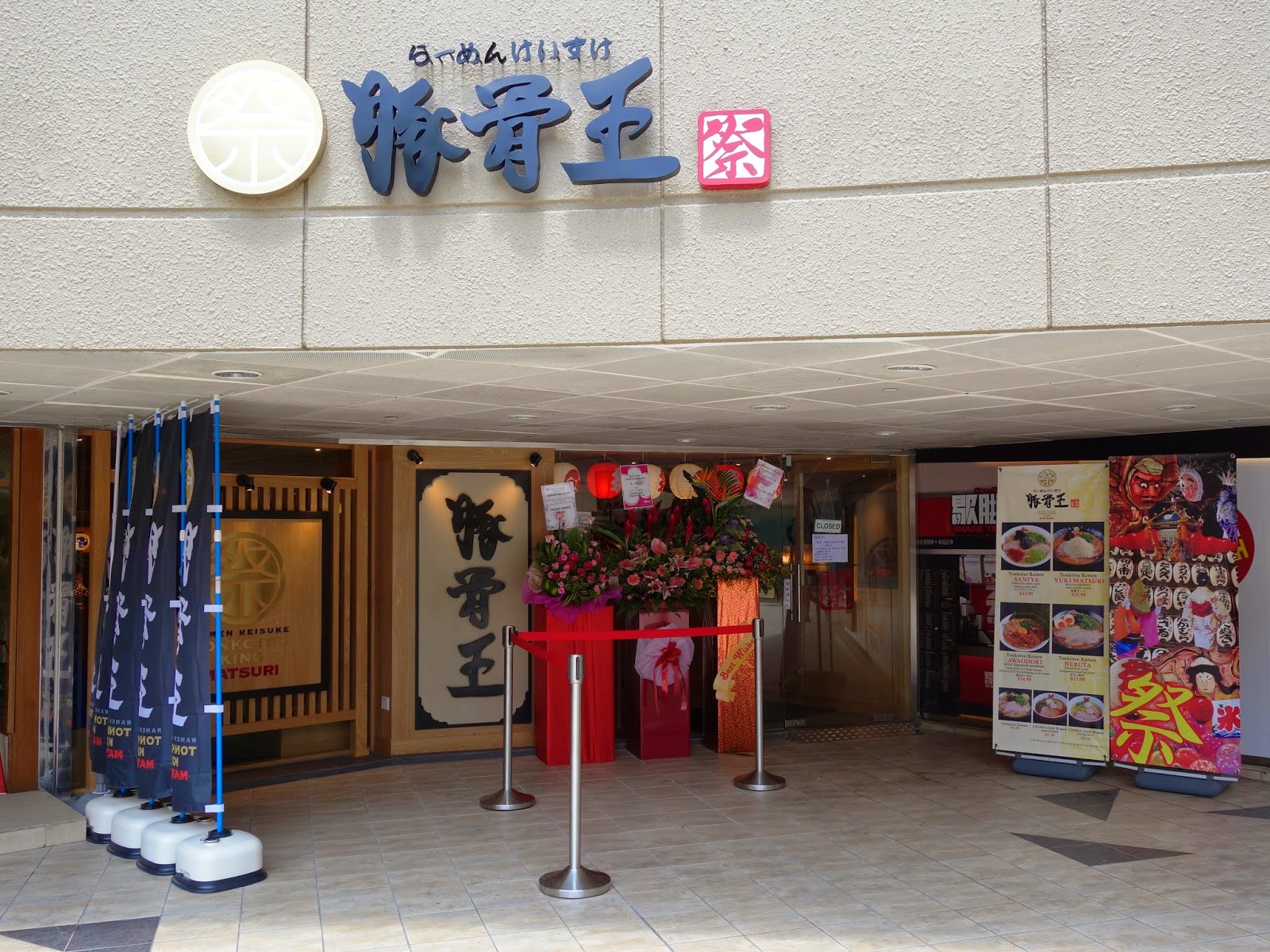 Chef Keisuke is undoubtedly innovative and the distinct characteristics he gave to each of his creative ramen certainly left an indelible impression. Little wonderment that we are drawn back again and again to his various outlets across Singapore for his delicious ramen. Now adding another one to our list ~ MATSURI!

Posted by PinkyPiggu at 3:02 AM