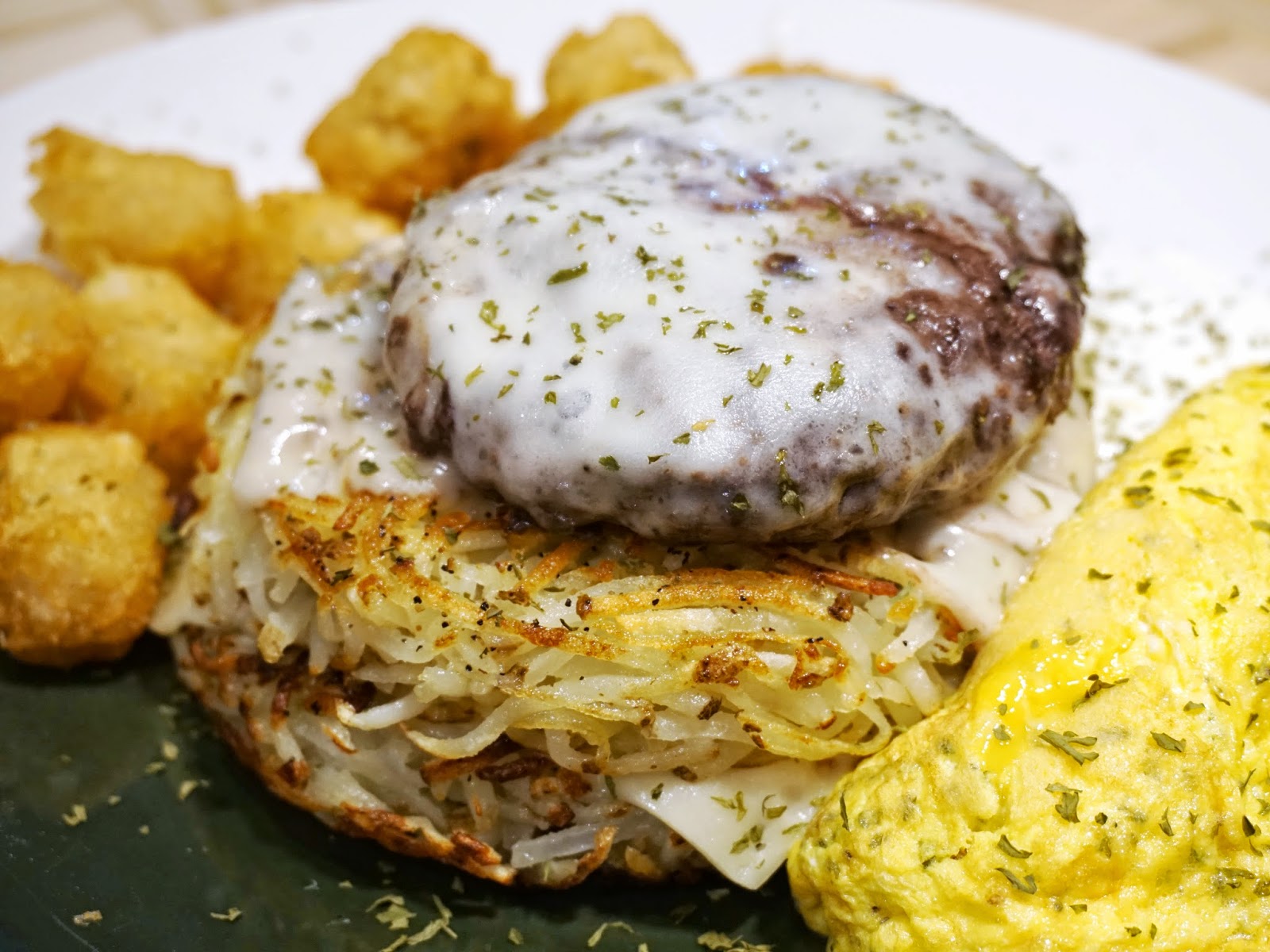 The potato lover in us had we both seeking out Rösti Farm, which specializes in what else but... rosti!

However, it was quite a "merry-go-round" walk within the newly-renovated Capitol Piazza. We passed by the prominent shopfront of Teuscher Chocolate (located beside Four Seasons Chinese Restaurant) 2 or 3 times, before realizing that Rösti Farm is actually sharing premises with the "#1 Best Chocolatier of the World" (as ranked by National Geographic) and Once Upon a Milkshake. 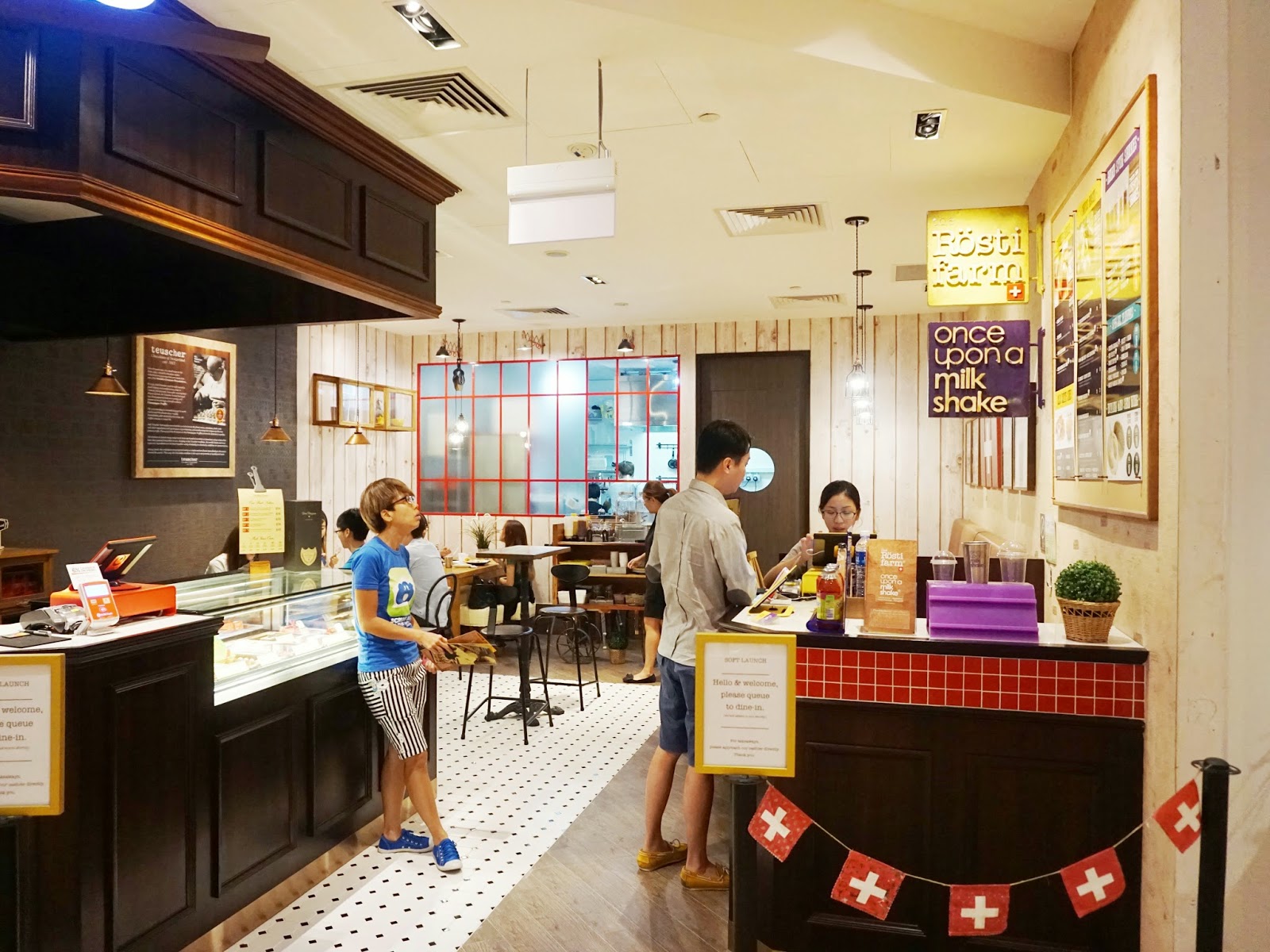 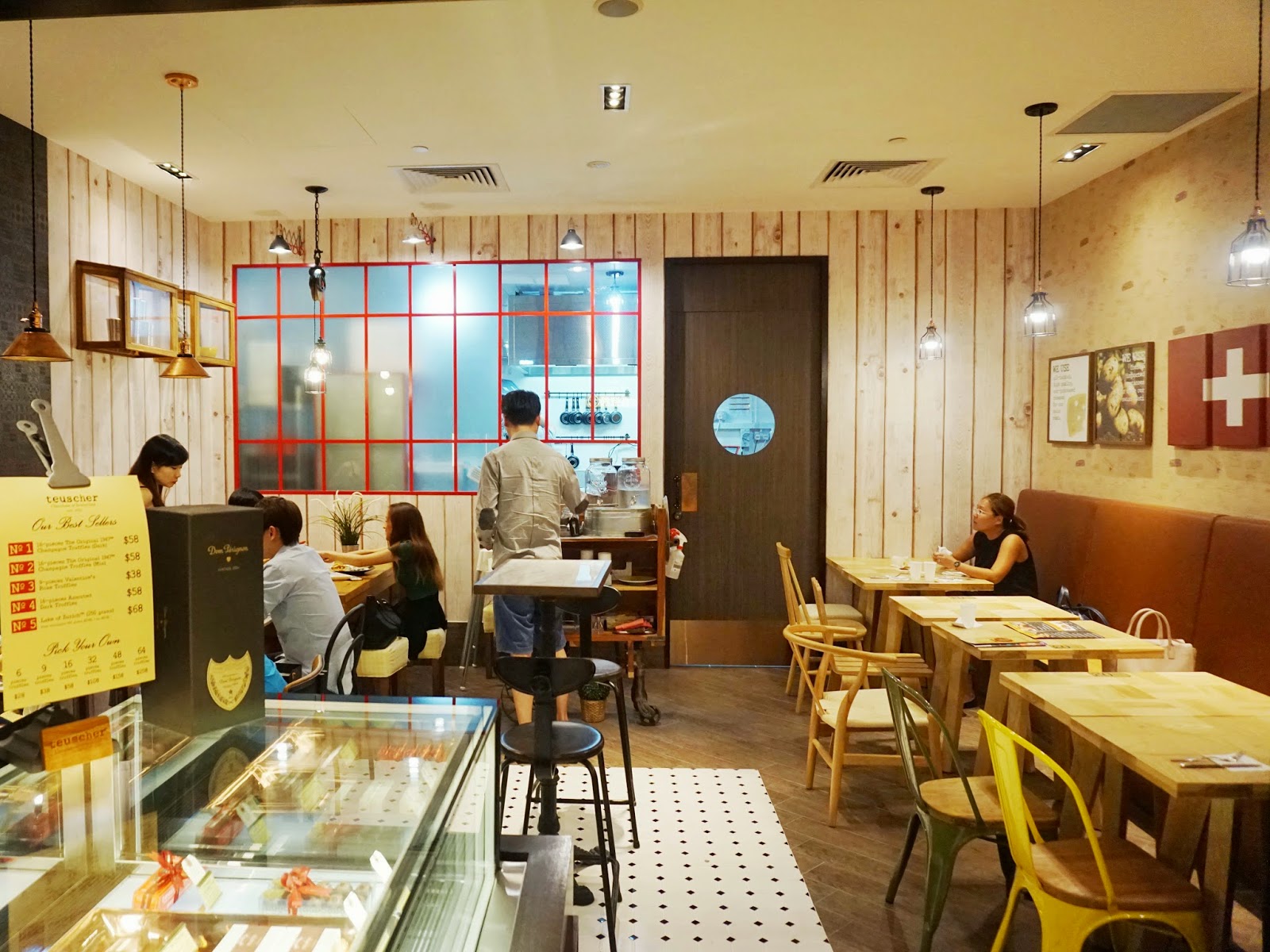 So if you are looking for a 3-in-1 dining experience of rosti + chocolate + milkshake, this would be the place to visit. We were not so ambitious to conquer it all. We were only here for the potato. Jiak kan tang :p 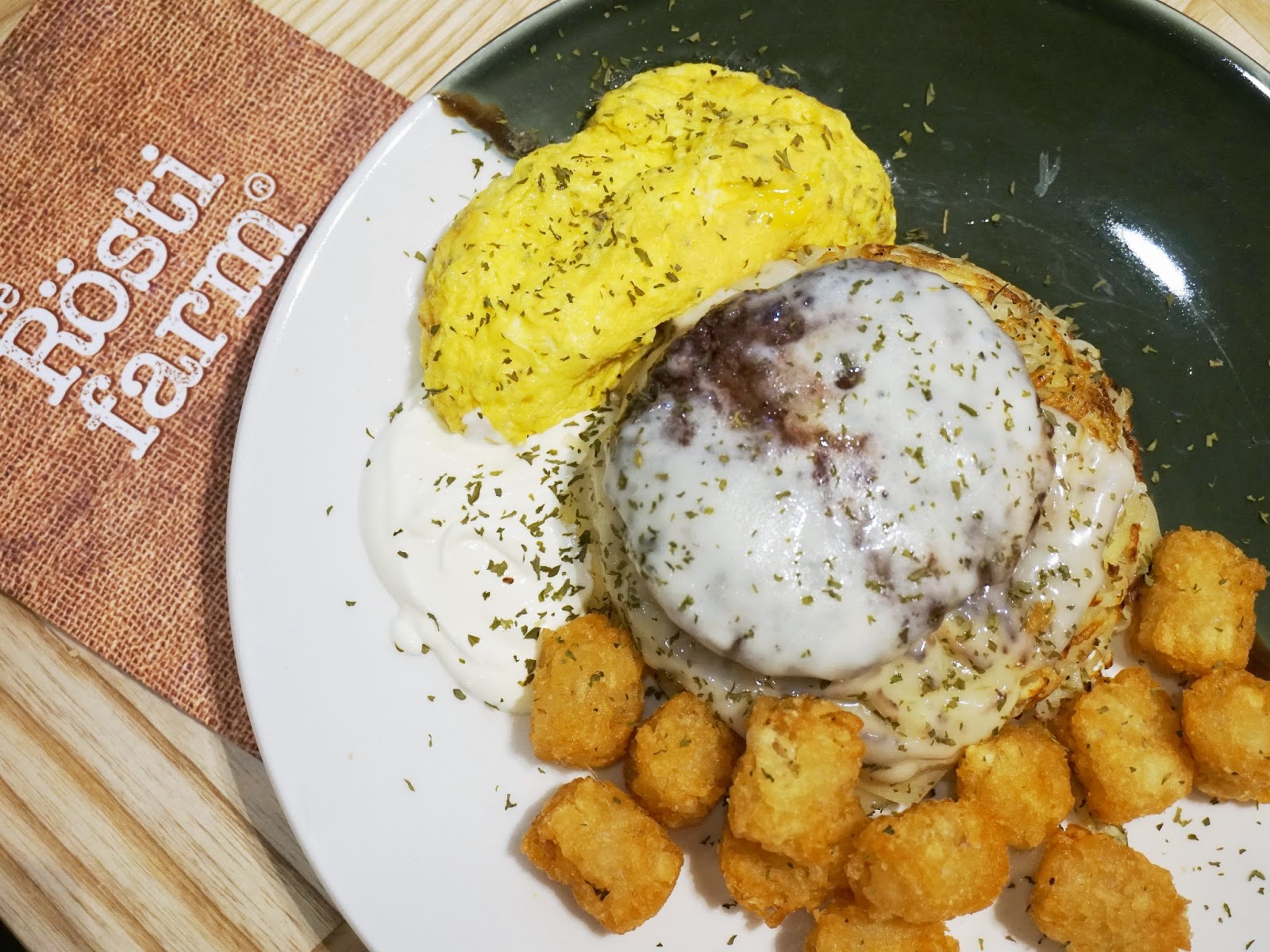 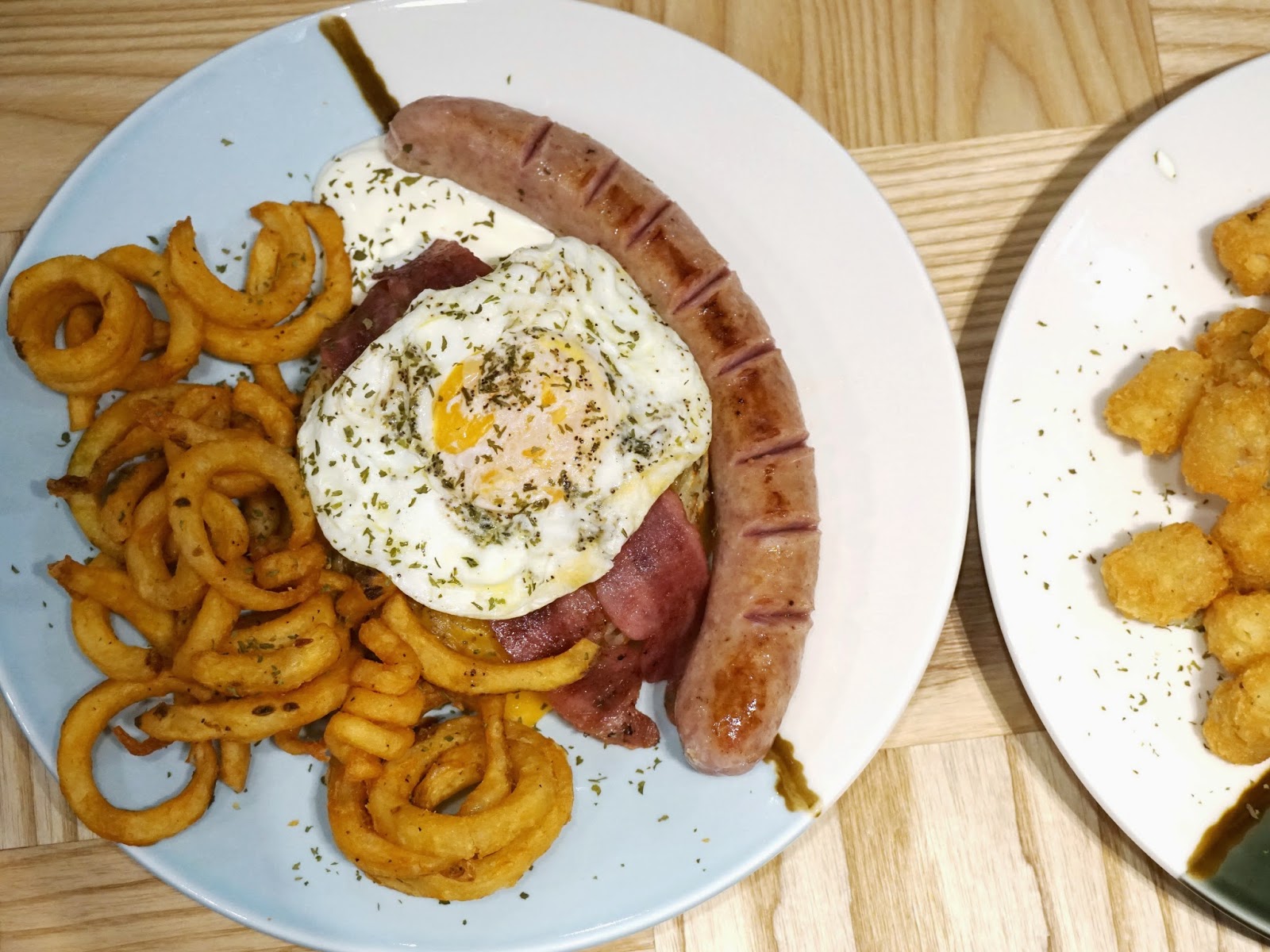 Fancy toppings aside, how did the quintessential rosti fare? Said to be made from fresh and imported potatoes, the patty of pan-fried grated carb was tasty on its own, but could do with more golden brown crispiness on its outer layer.

The rosti soon proved to be a tad heavy with the layer of cheese over it, and the entire combination, being on the greasy side, rested uncomfortably on the tummy after awhile. Not that it tasted bad, but too much of an overkill.

What I liked was the sausage which was firm and delightful to bite. If only there is a serving of salad by the side for some refreshing respite too. 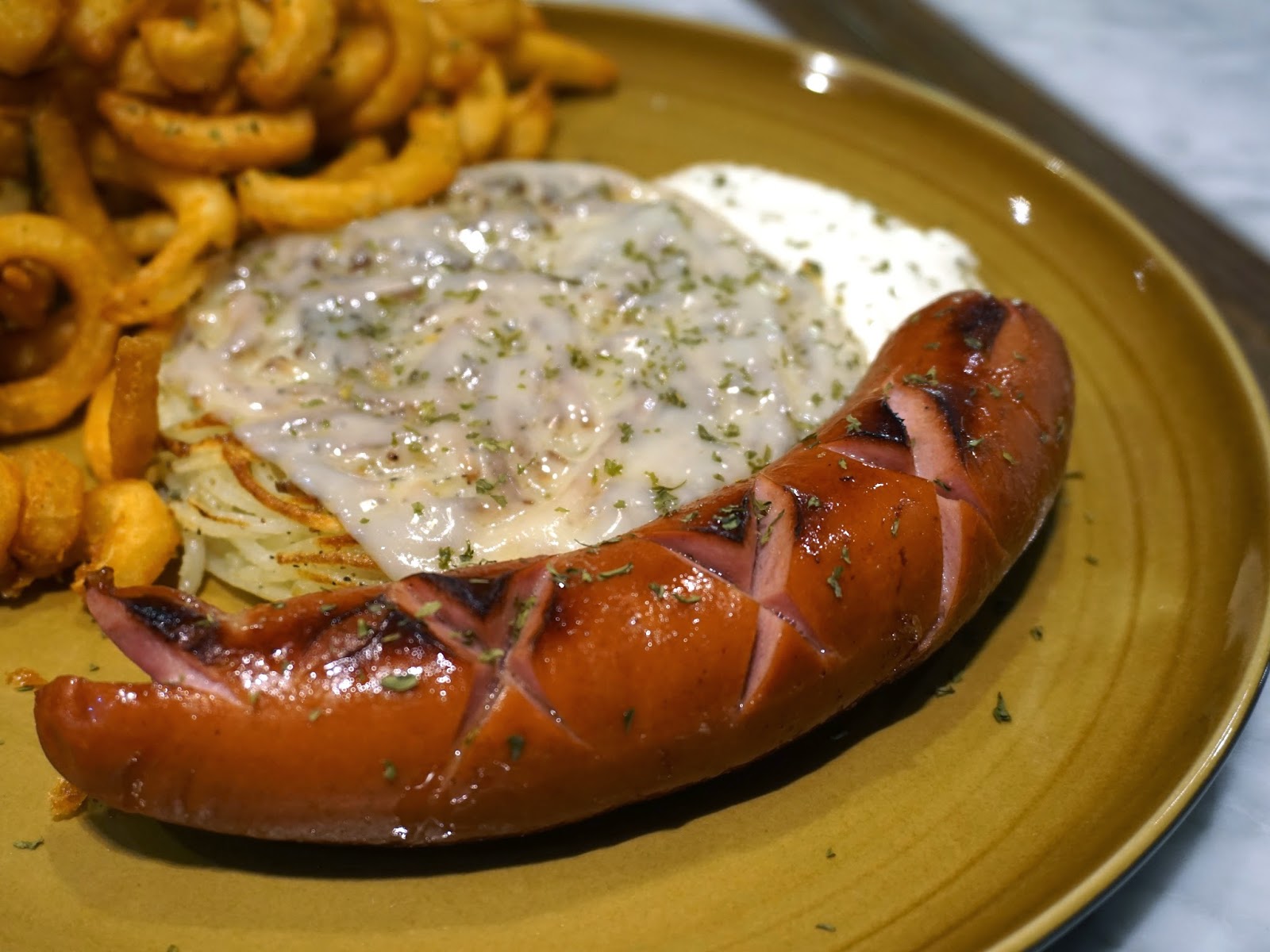 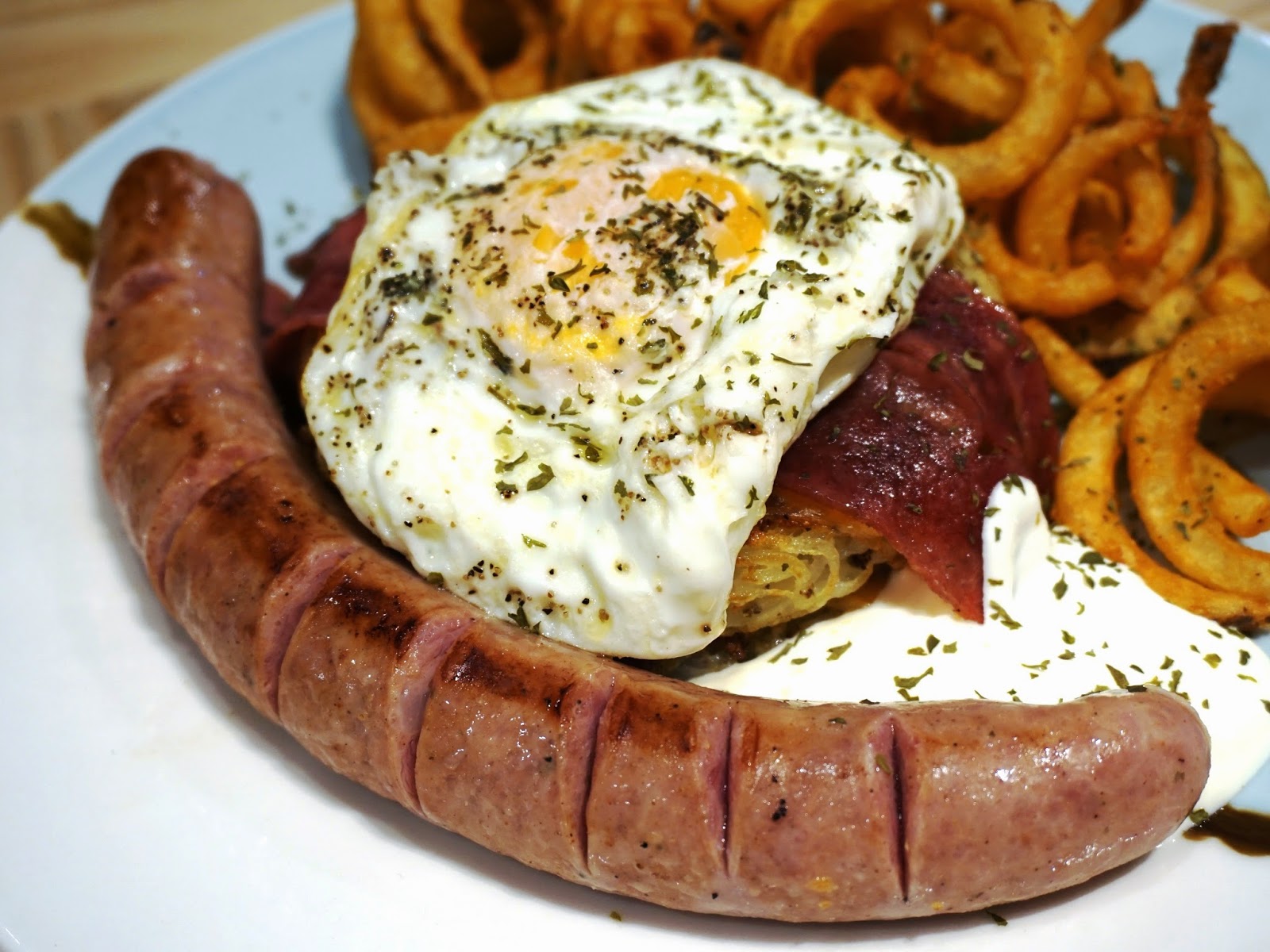 We made a subsequent visit (while on a 40 minutes wait for our queue number at Dazzling Café to be called), and the single rosti with Cervelat Swiss Beef & Pork Sausage ($11 w/single rosti, $14 w/double rosti) which we shared was much more manageable.

Rösti Farm might appeal greater to the younger crowd who still possess higher metabolism rate to burn off the calories damage. I shuddered to think about the sodium and fats present on each plate, but is willing to indulge when craving for rosti strikes again :) 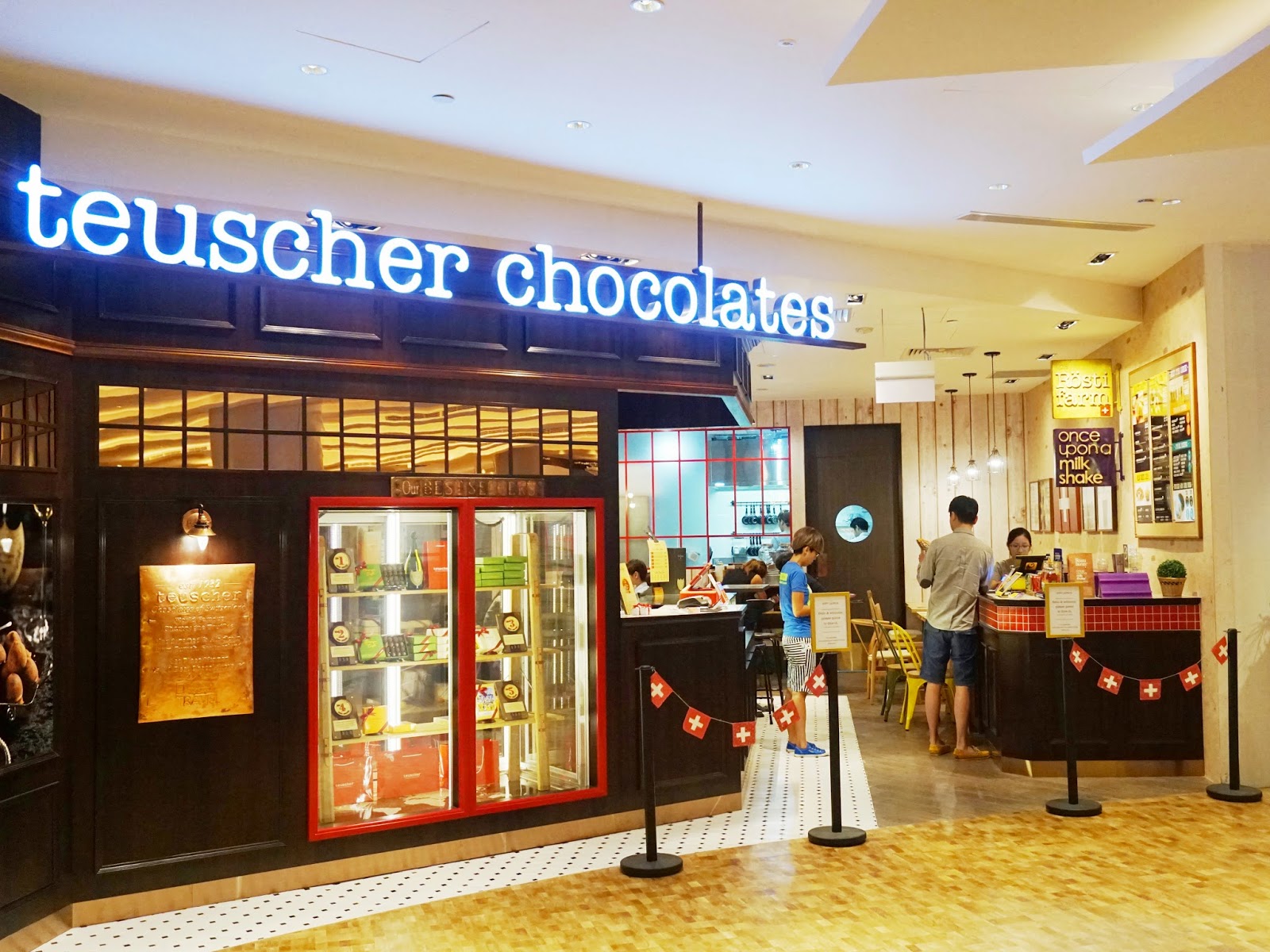