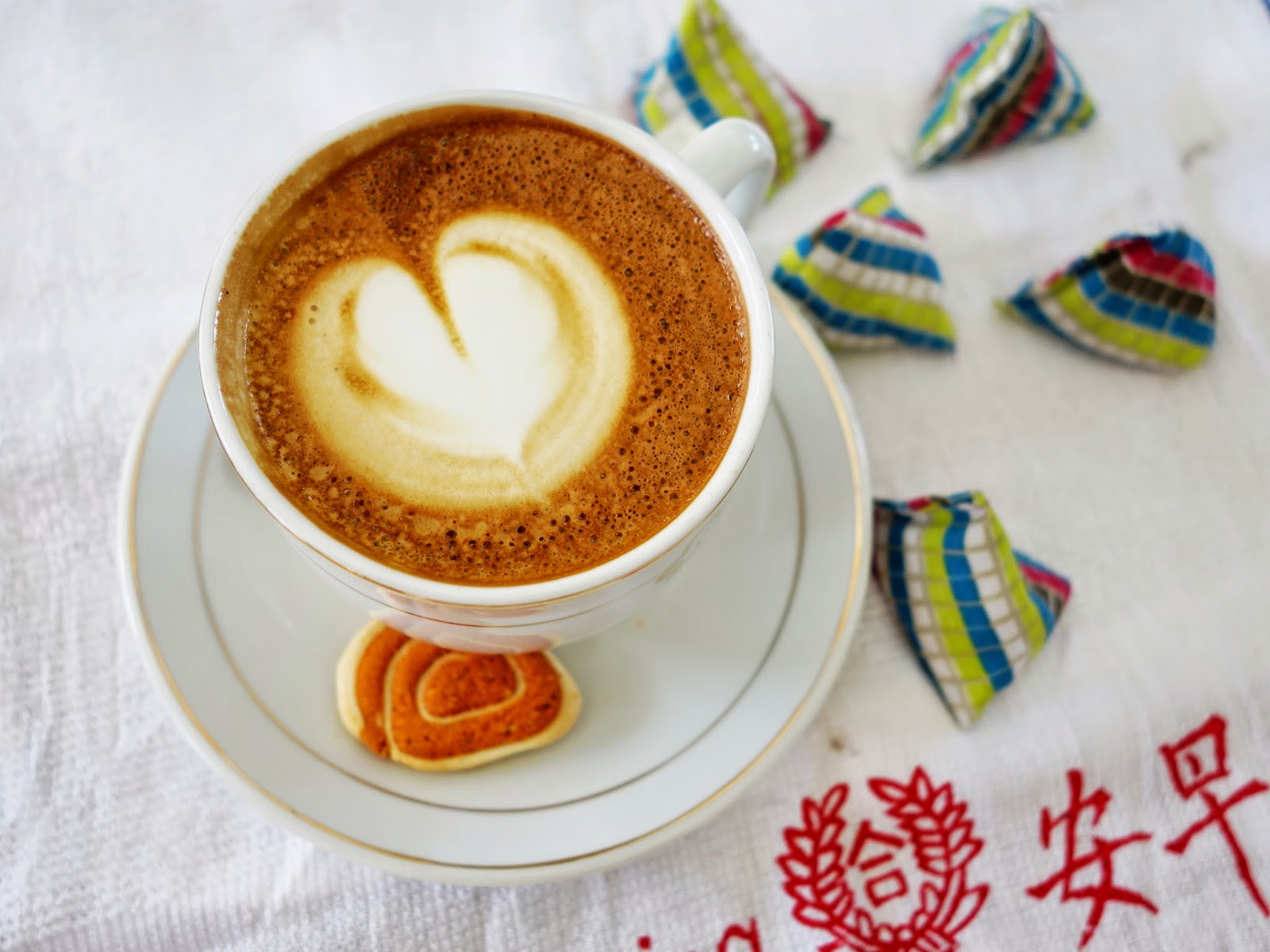 The shutters may have gone down for Tian Kee & Co, a 54 years old provision shop nestled in one of Singapore's oldest estate Dakota Crescent, but in its place now is a café with an amazing old-school touch. Retaining much of the elements left by its predecessor, the converted space is certainly reminiscent of days gone by, and presents a whole new realm of idyllic charm which stands out among the many hipster cafés we have been hopping to recently. 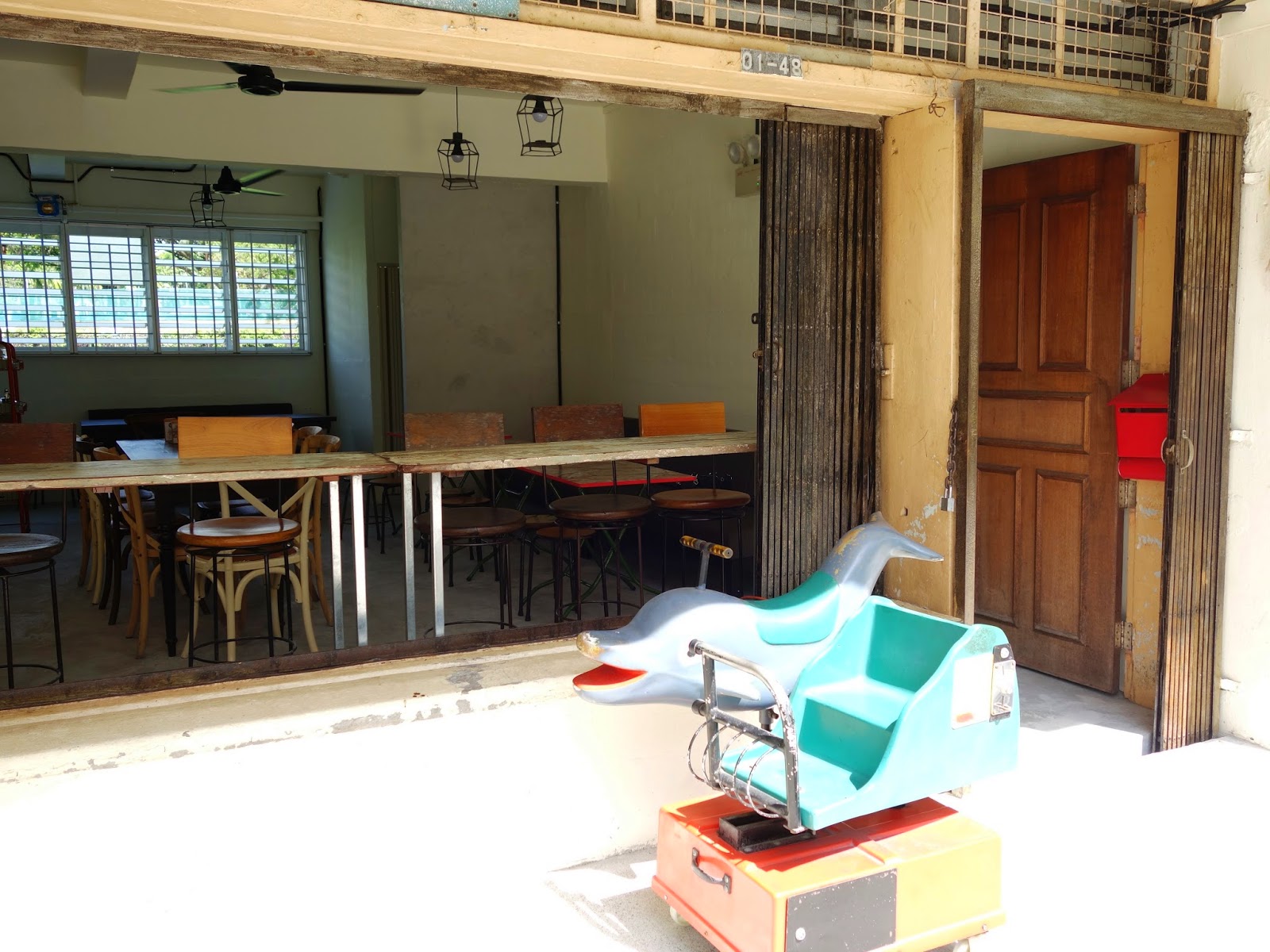 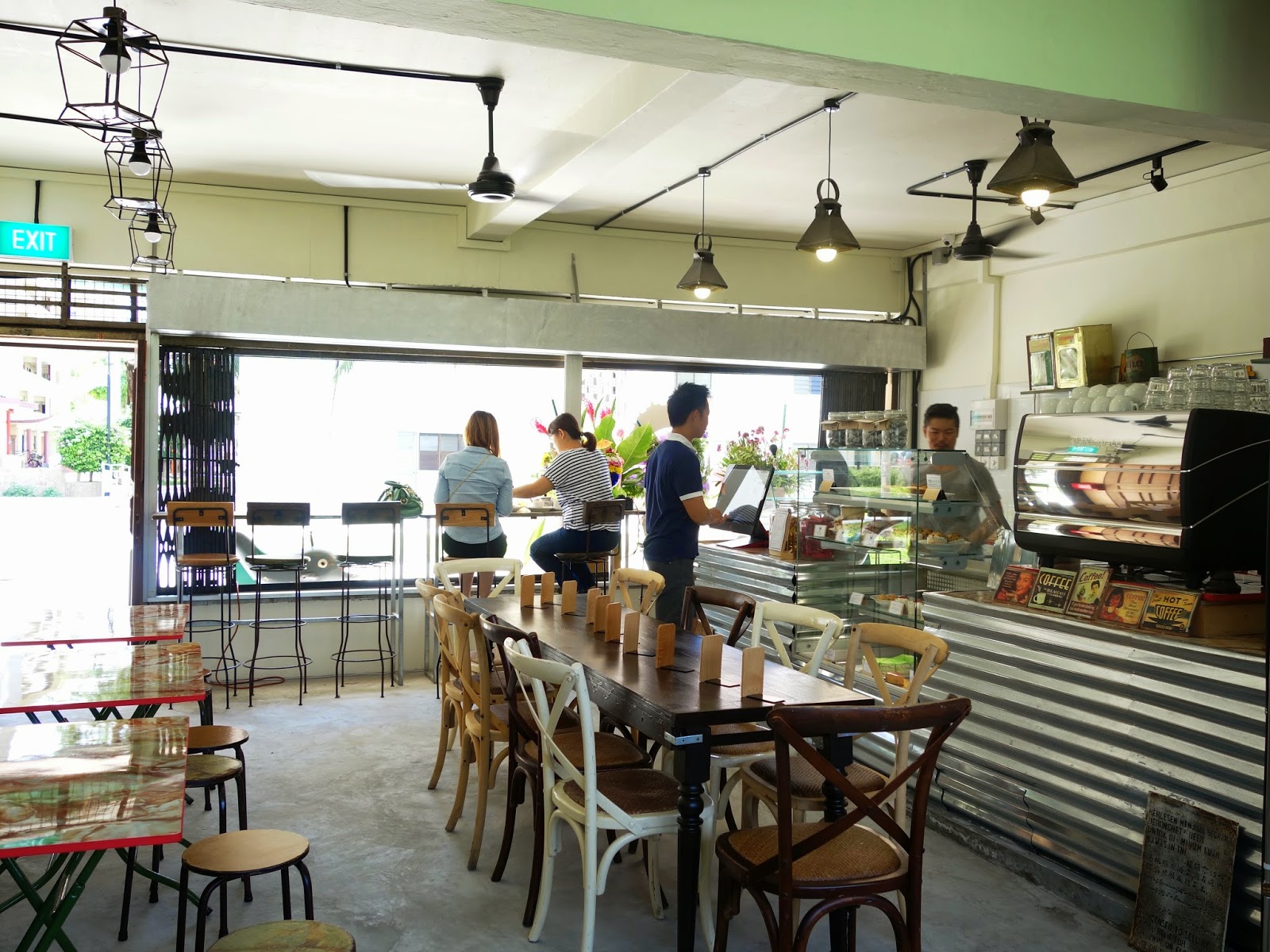 Current owner Vincent (aka CK) and his wife resides in the neighborhood, and have often jogged passed the provision shop ran by previous owner Uncle Lim. Upon hearing that Uncle Lim decided to give up the shop and retire, Vincent wasted no time in making known his intentions of taking over.

His plan was to realize his wife's dream of opening a café called "Black Rose", but they decided to retain the shop's original name to preserve part of its rich heritage. Other than the iconic blue signboard which Uncle Lim left for them, many remnants of a bygone era can still be seen at Tian Kee. 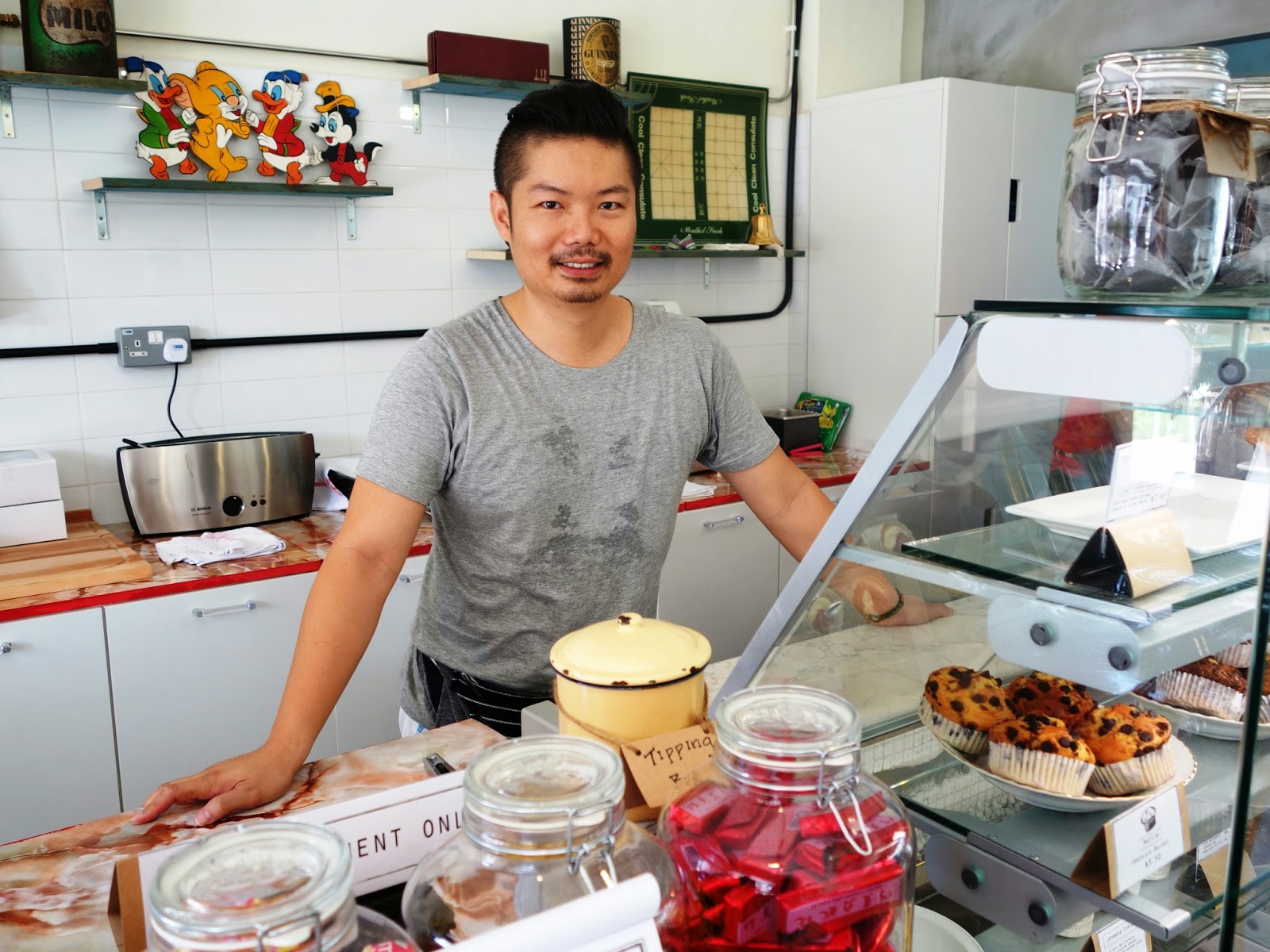 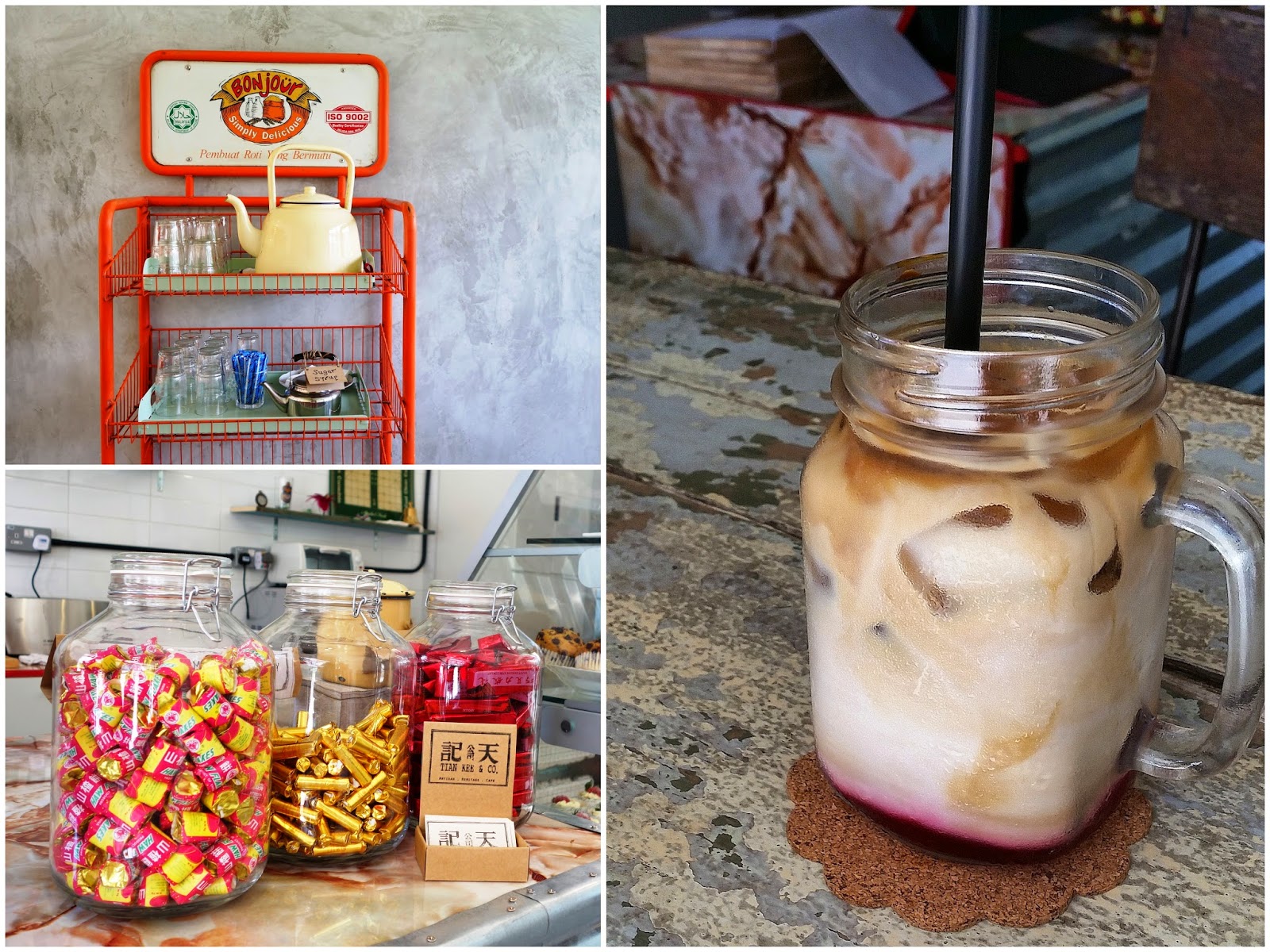 I was almost tempted to hop onto the 20-cent dolphin kiddy ride (just kidding! lol) which is still operational. Rusty old spring-loaded metal gates fronted the entrance, and those foldable formica-top tables further added to the nostalgic feel. Behind the counter lies an old Milo tin which was used to stash away the money collected. Any one still remember these haw flake candies and Apollo chocolate wafers?

The classic 'kopitiam-style' cups are specially sourced, but the Latte ($5) which it contains brought us back to modern times. Coffee beans are from Dutch Colony.

For a cuppa with a difference, try the SNAG ($5.50), a lovely combination of espresso and steamed fresh milk sweetened with a dash of rose syrup. The iced version was particularly refreshing in this sweltering heat. 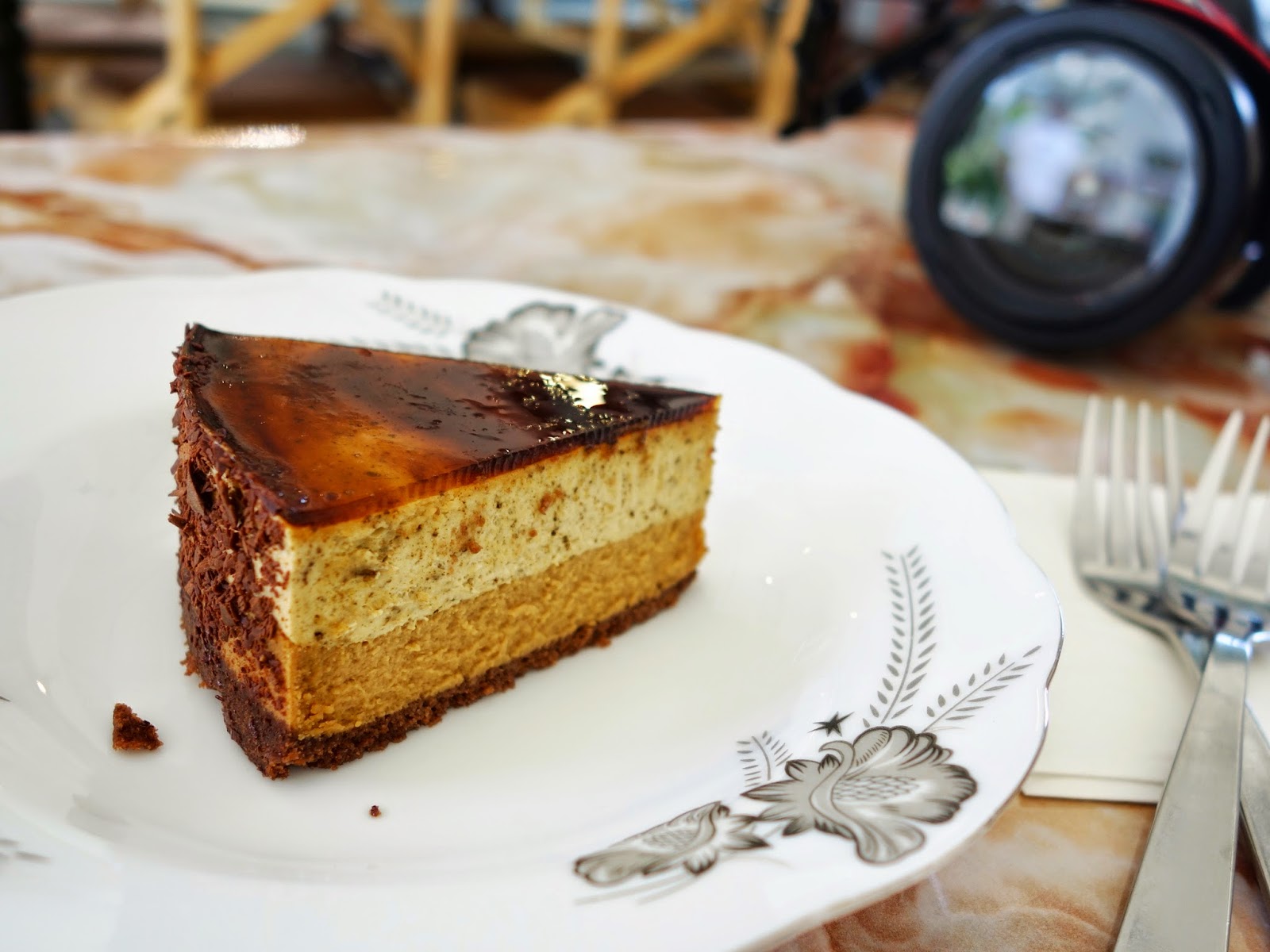 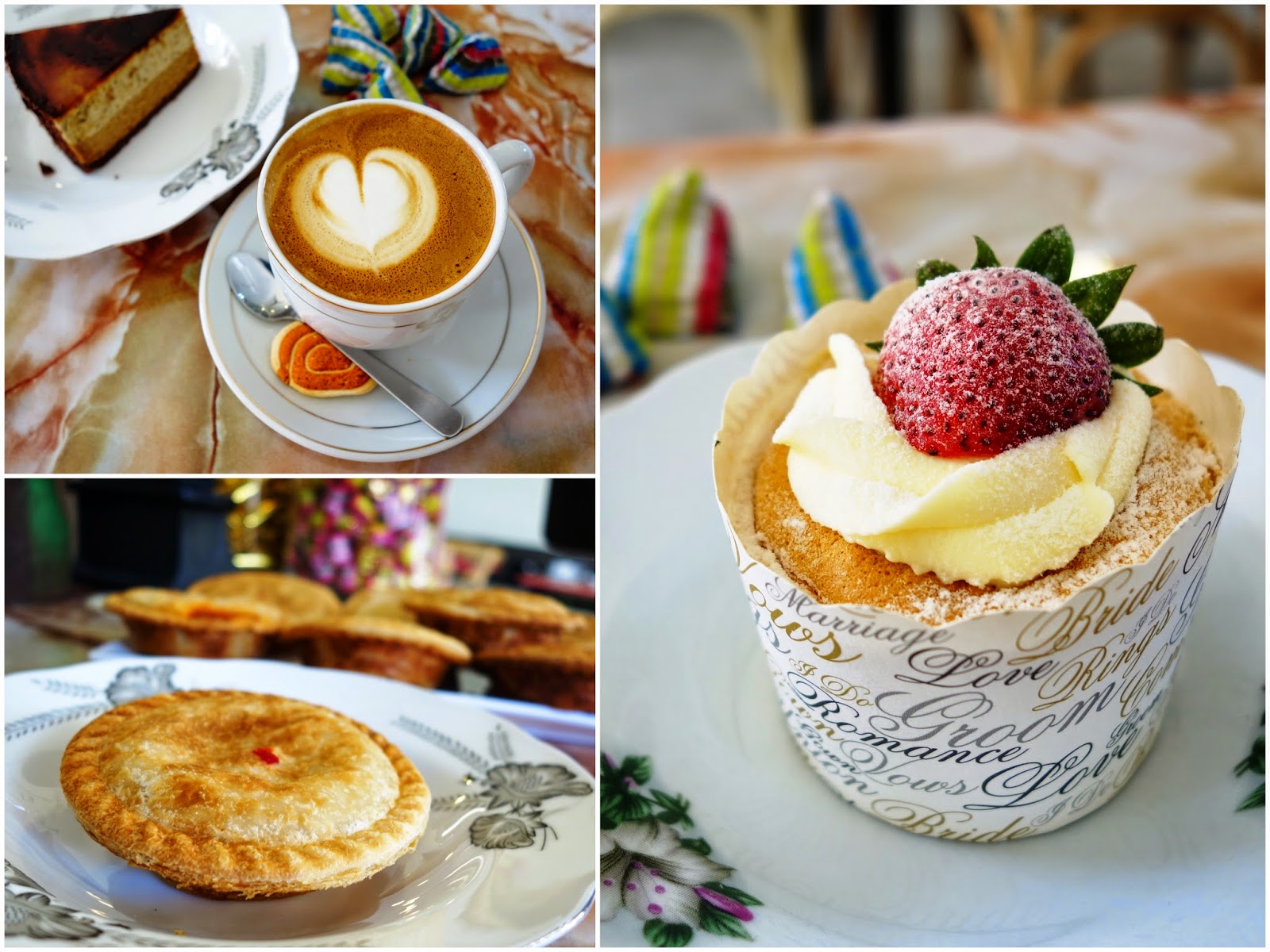 Muffins ($3.50), Cream Puffs ($1.50), as well as a good variety of cakes from Cat and the Fiddle are also available. We quite like the Yuan Yang Cheesecake ($6.50), a pastry interpretation of the traditional Hong Kong-style drink of espresso and milk tea. The soft and fluffy Japanese Cupcake ($3.50) makes another wonderful coffee time delight.

For a savory bite, Tian Kee serves up their Homemade Pies ($7.90) of tender chicken encased in flaky pastry with either Korean pepper paste or black pepper sauce. While my personal preference always welcome spicy food, I thought it would be good to include some non-spicy options for those who can't take the heat. 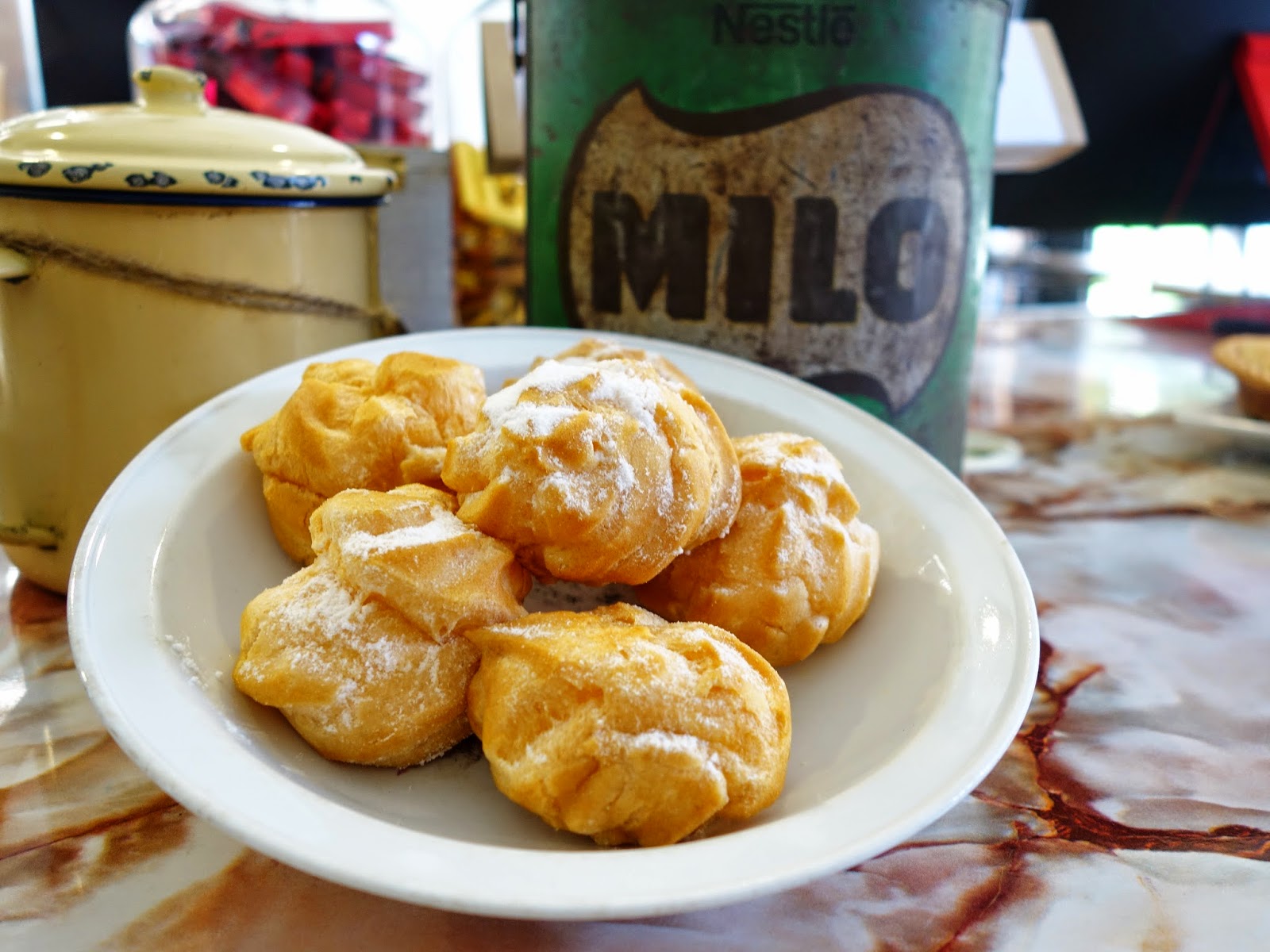 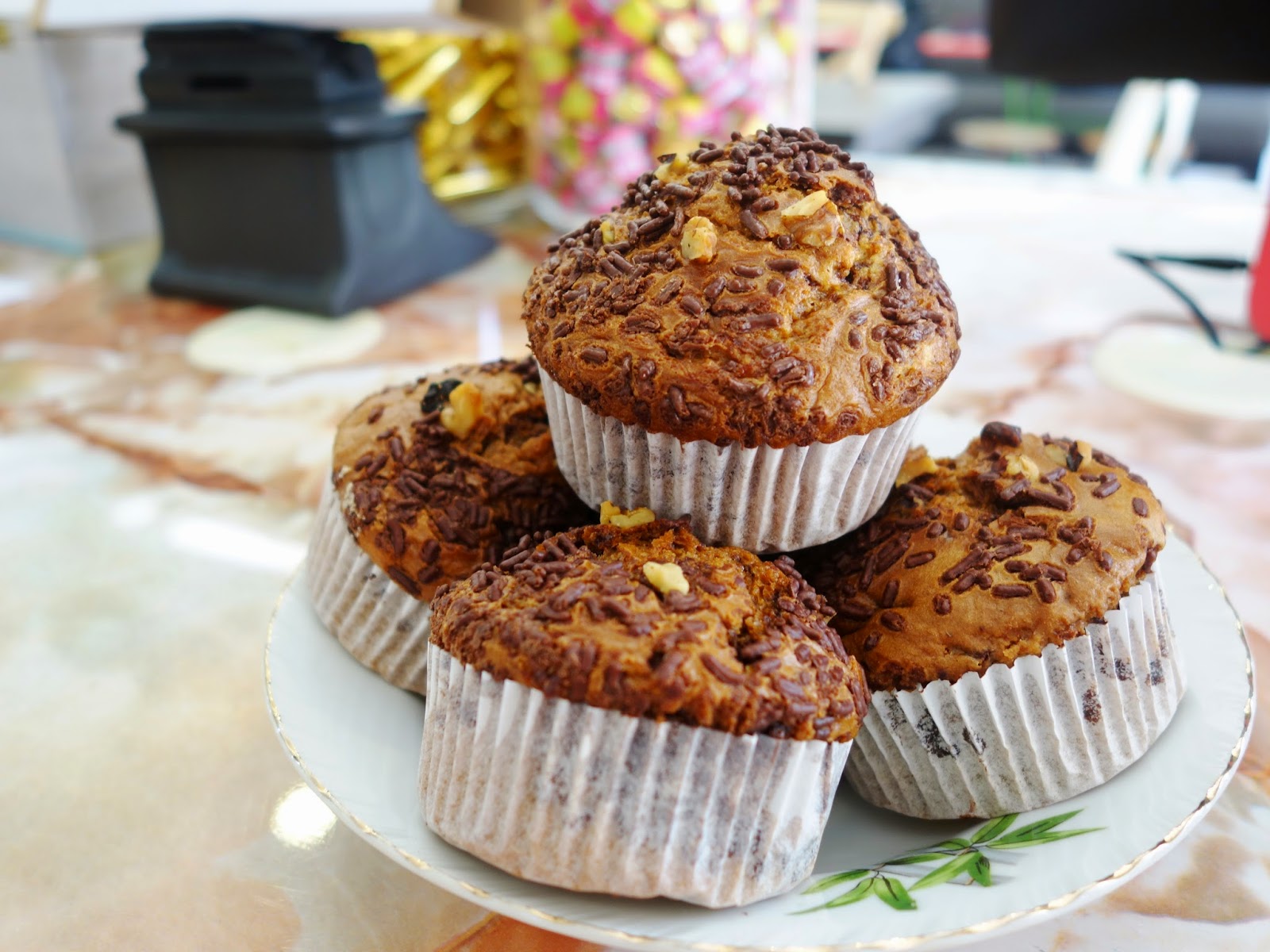 The current menu also includes rich roasted Pumpkin Soup ($7.90) and simple Mushroom Soup ($8.90) filled with hearty chopped mushrooms. More items are set to be introduced soon, what we can expect are All-Day-Breakfast selections, as well as Homemade Gelatos. It may sound crazy, but the setting of the café actually made me craved for a plate of fried bee hoon with luncheon meat haha.

It was quite breezy during the afternoon we were there, though there was no air-conditioning which made it felt like we've traveled back in time. Couldn't get any more old-school than this. Come and enjoy the relaxed, nostalgic vibes of Tian Kee before it gets too crowded. 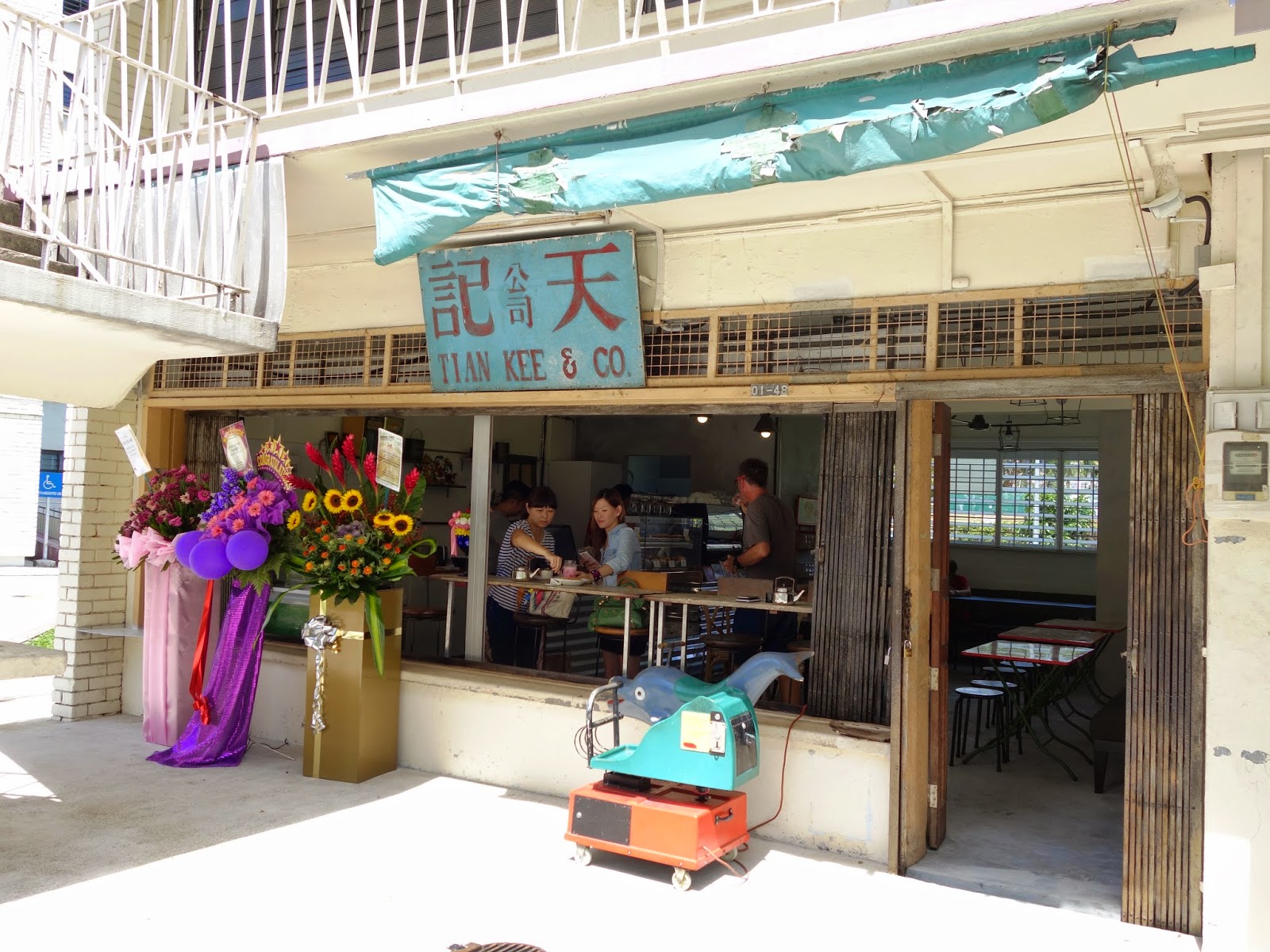