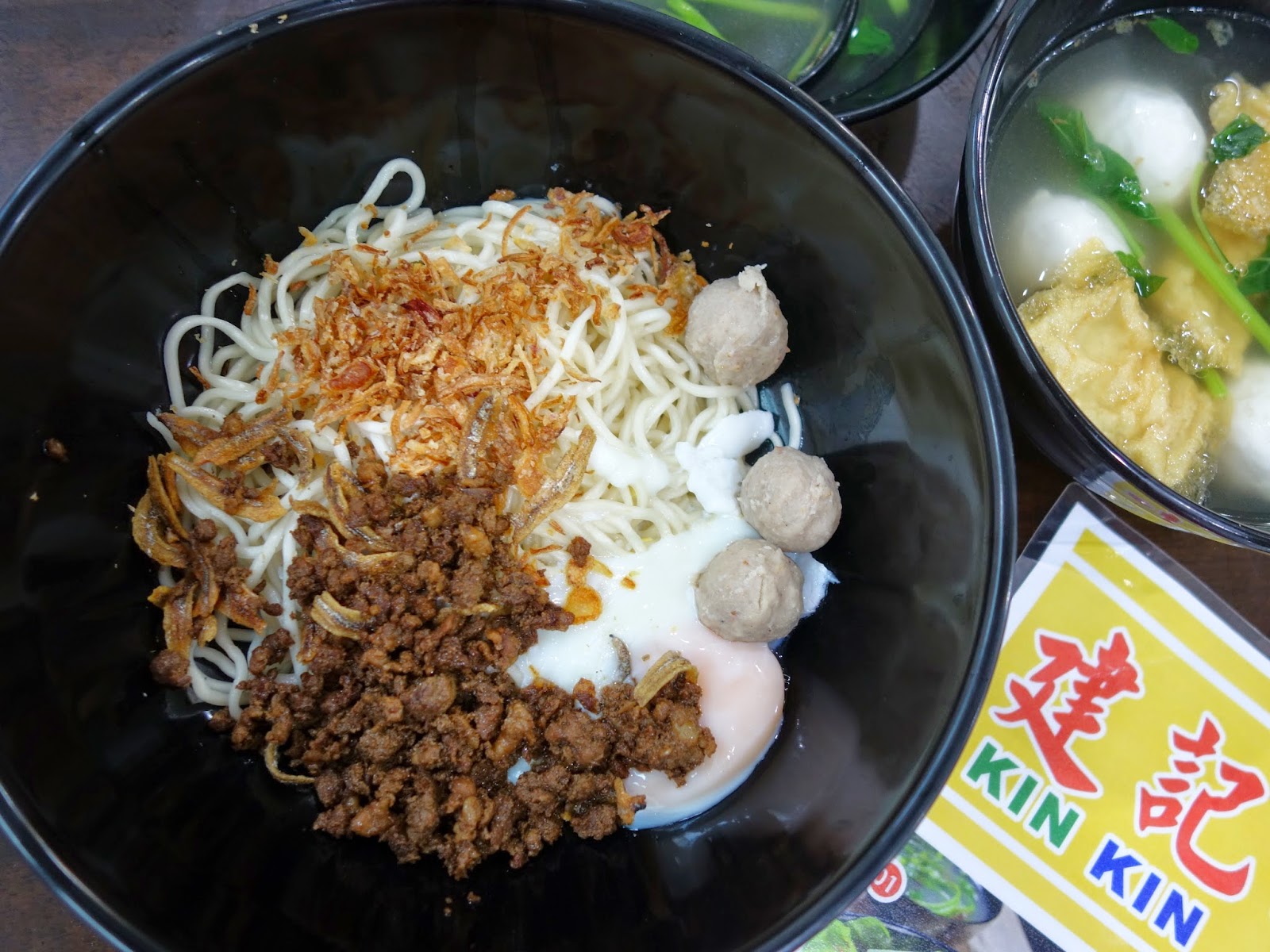 I hereby profess my ignorance of Kin Kin Chilli Pan Mee (建记辣椒板面), until the famous noodles from Kuala Lumpur (Malaysia) became infamous in Singapore for attracting an insanely long 2-3 hour queue when the local outlet first opened its doors at Macpherson Road barely a month ago. Can't deny my interest was piqued, but no way I'm gonna spend a few hours standing in line for a table because time is more precious than a bowl of noodles, no matter how "legendary" or "delicious" or "yummy" it has been described to be. So I waited..... 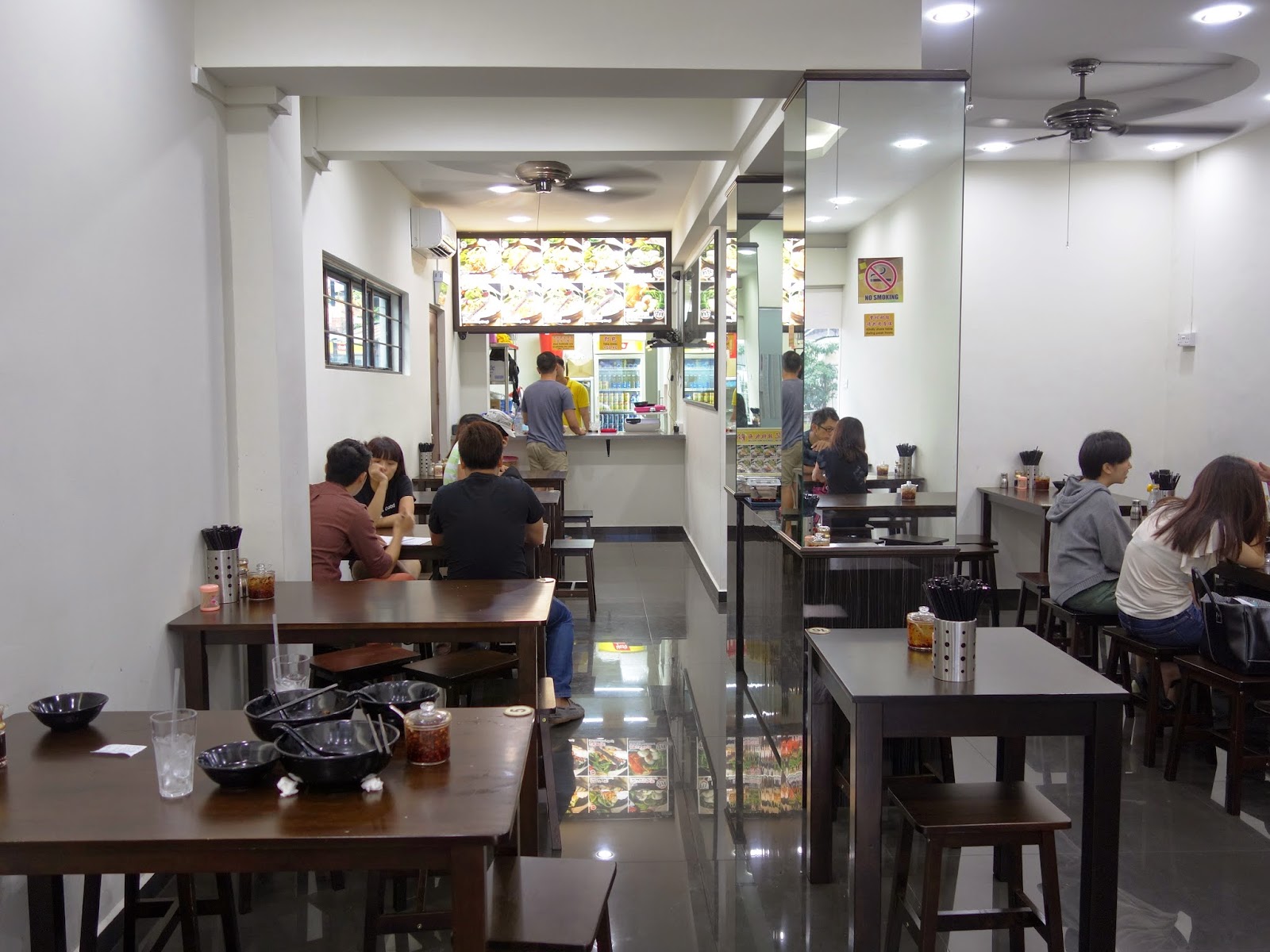 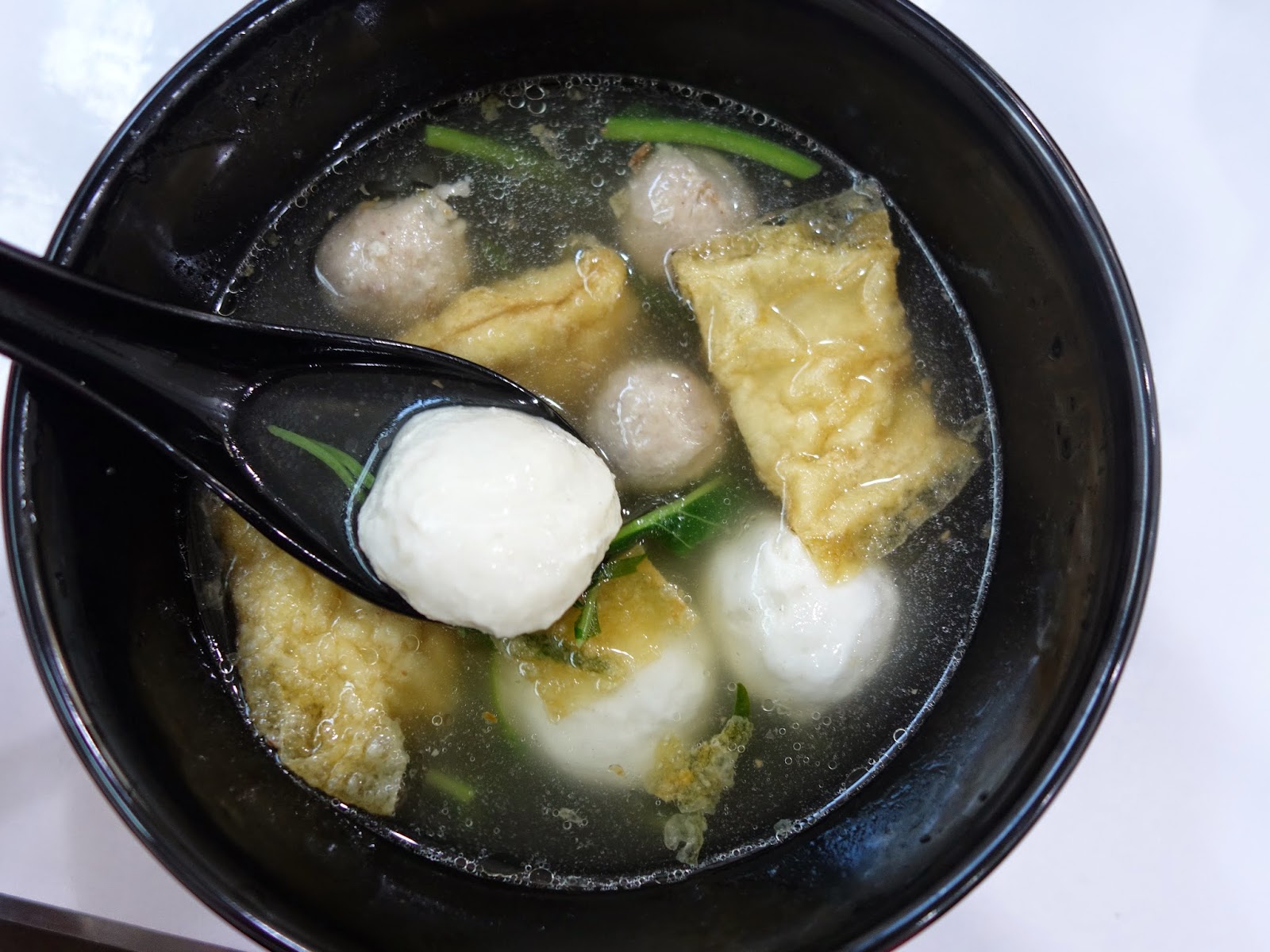 ..... until yesterday when the queue is rumored to have already died down. Reality is, there was no queue at all when we walked in at 6pm! Yay! We were pleasantly surprised that the place is air-conditioned (I was half expecting a coffeeshop style set-up), clean, bright and evidently new with the white walls still being pristine white in color lol.

There are only a few items on the menu and almost half the selection were not available during our visit. Doesn't really matter actually, because whoever comes here would most probably aim straight for their Signature Dry Chilli Pan Mee ($5), just like what we did. The side order of Fish Ball with Bean Sheet & Meatball Soup ($4) was not too bad. Broth was sweet and the handmade fish balls yielded a soft and springy texture, but there was a hint of fishy stench which I'm quite sensitive to. My dining companion liked the fish balls though. 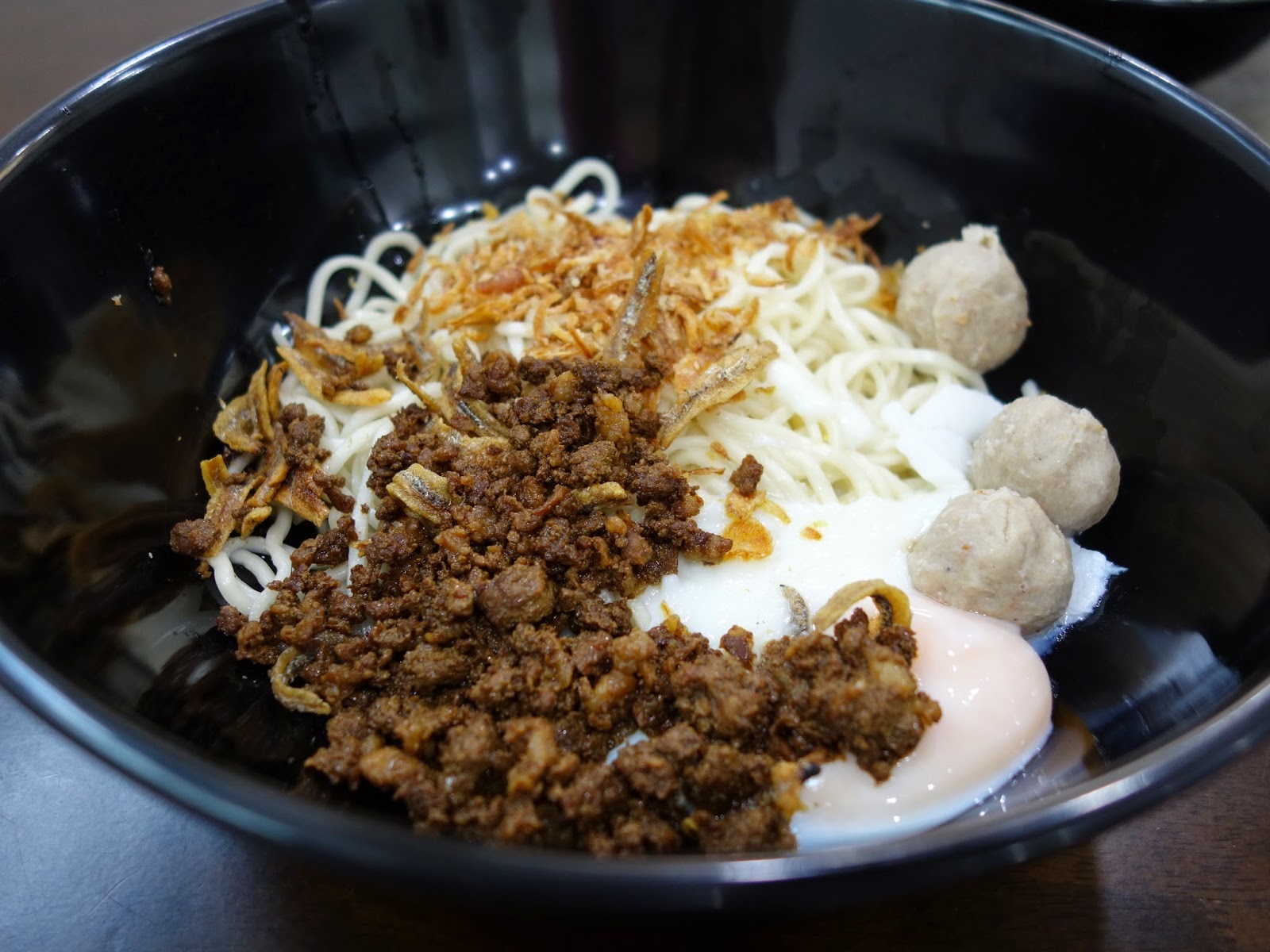 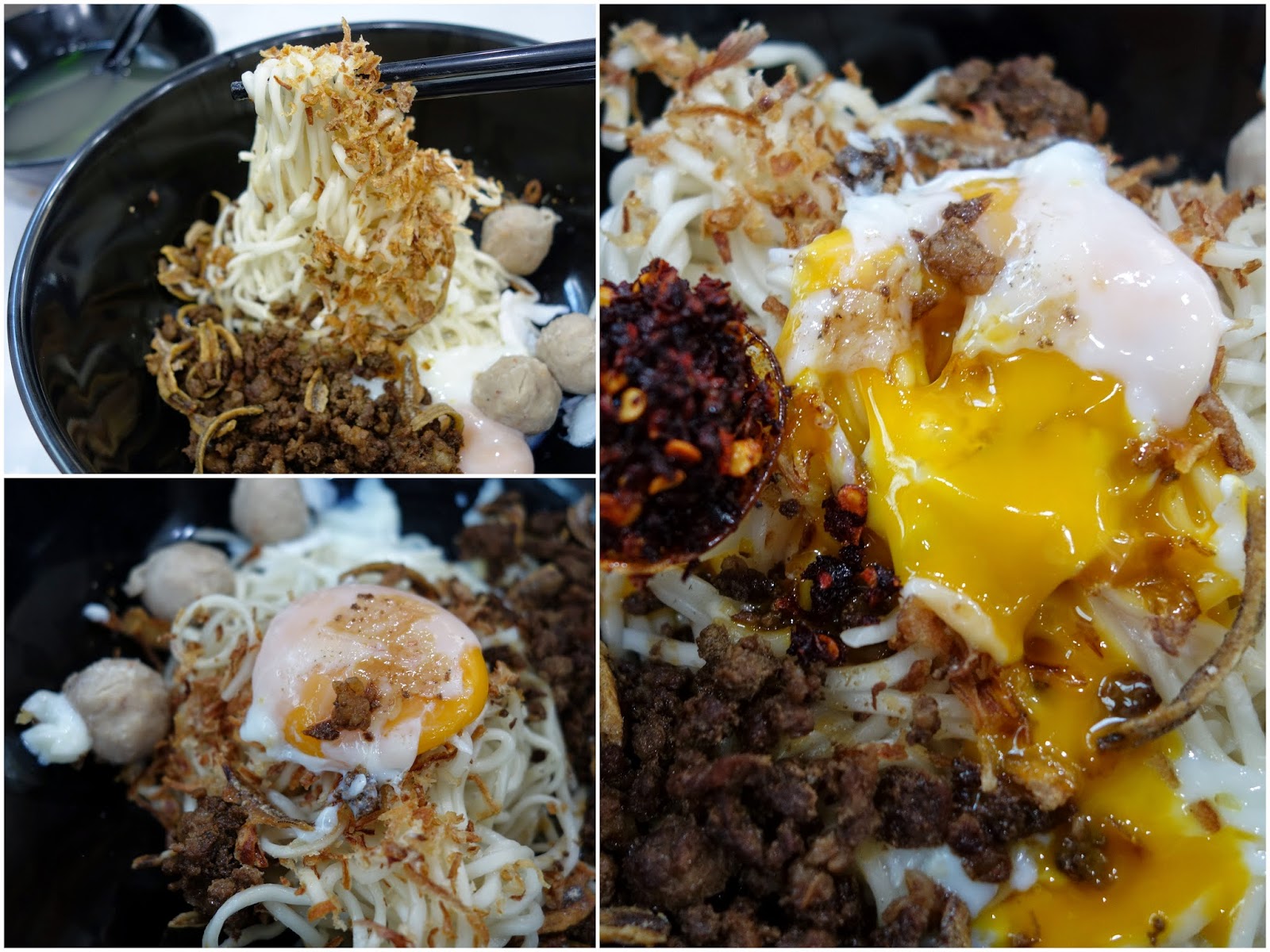 I've learned not to judge food by their deceptively boring appearance, for indeed when the poached egg is broken to reveal a runny yolk and everything is tossed together with a copious amount of chilli thrown in, its combined taste was delightfully enjoyable.

The very essence that tied the dish together beautifully is the roasted Dry Chilli Flakes. Its intense aroma was wonderful and did not taste as fiery as it looks. I would verdict the noodles and rest of ingredients to be rather ordinary but a few scoops of this chilli magically elevated the overall flavor by more than a few notches. The chilli is the star! 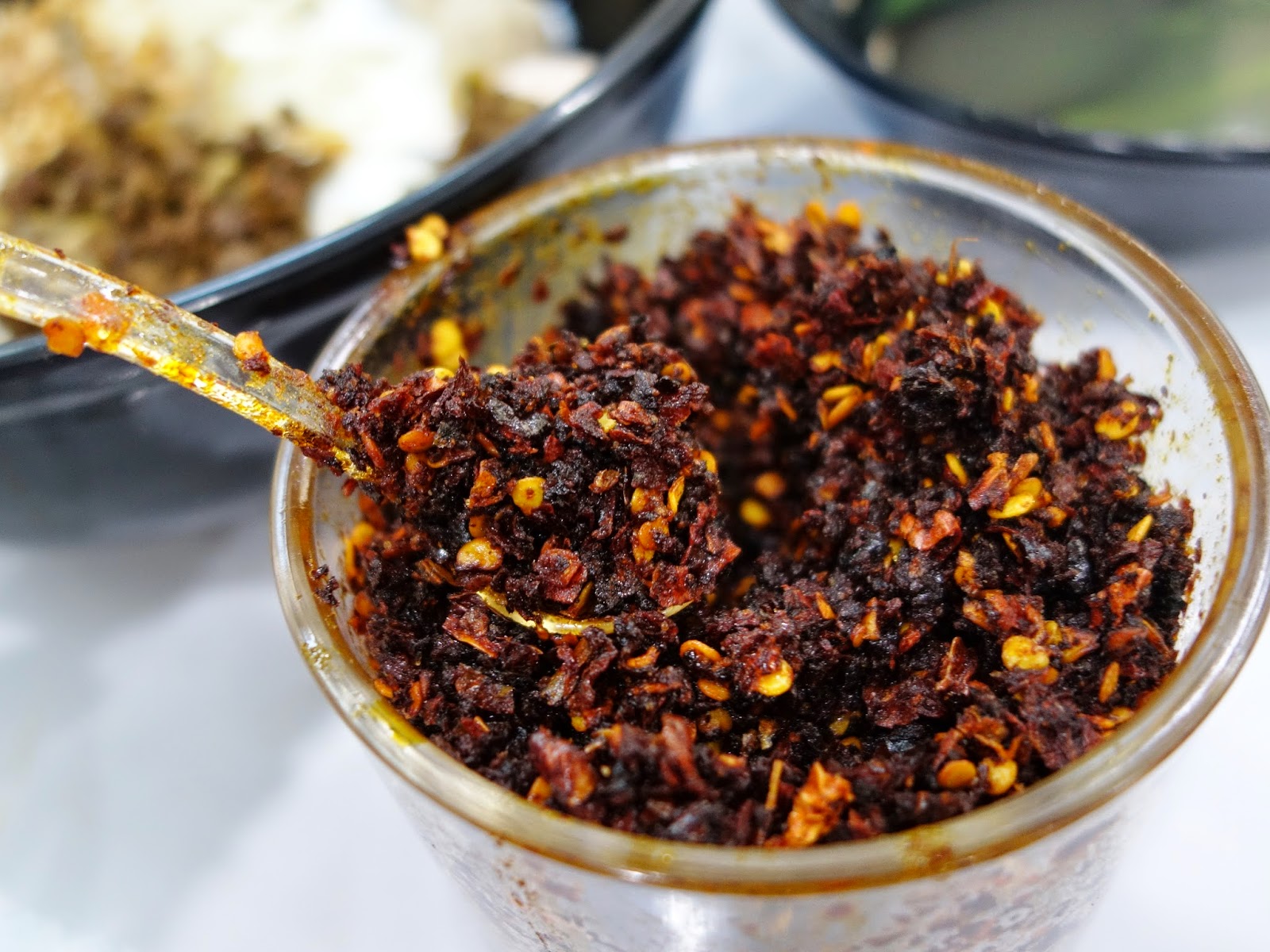 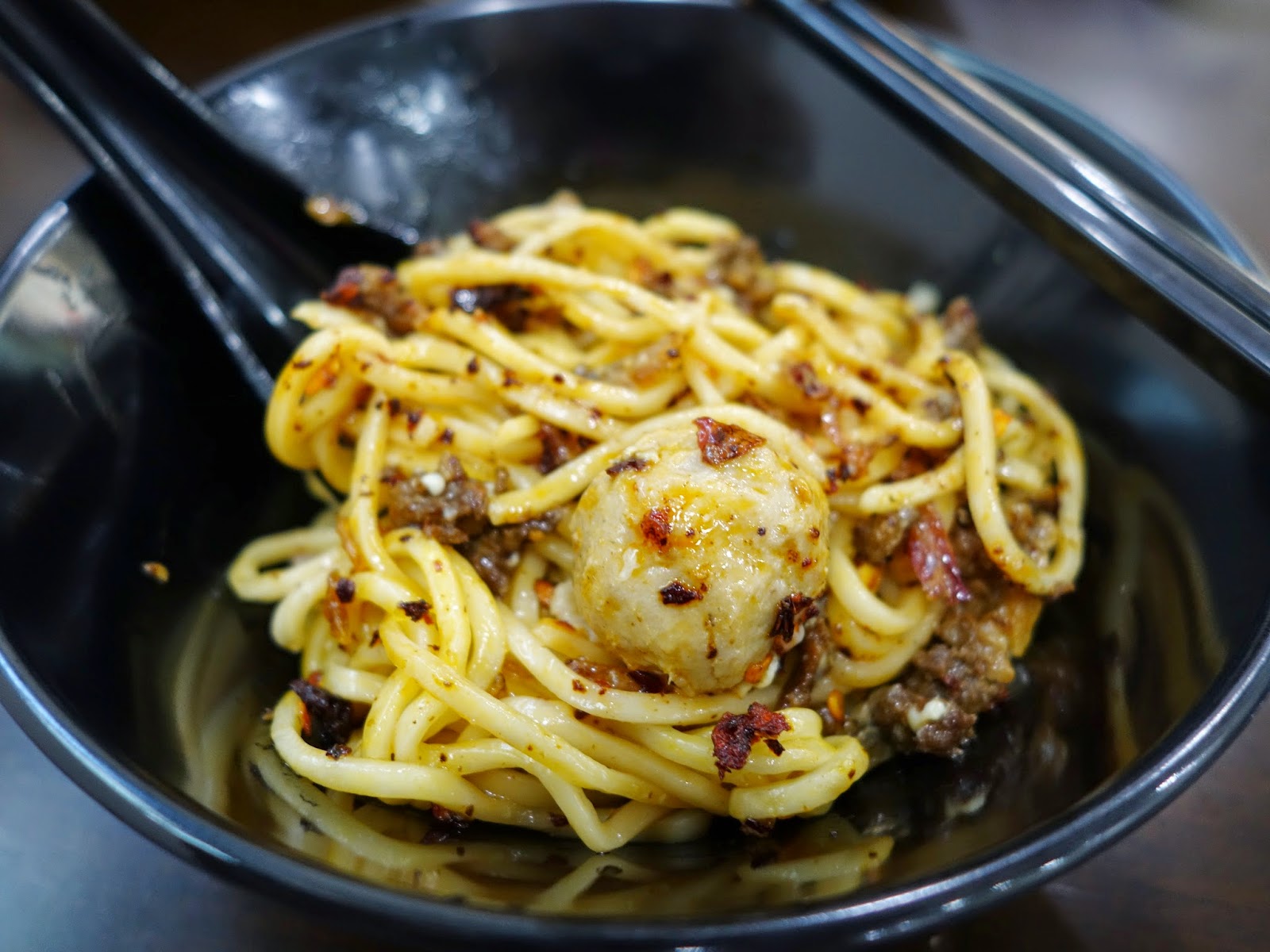 I will come to Kin Kin again if my friends want to, provided that is no long queue. Waiting for a while is fine as long as it's no more than 15 minutes. Take away all the hype, the chilli pan mee is overall a satisfying bowl of noodles. Delicious indeed. 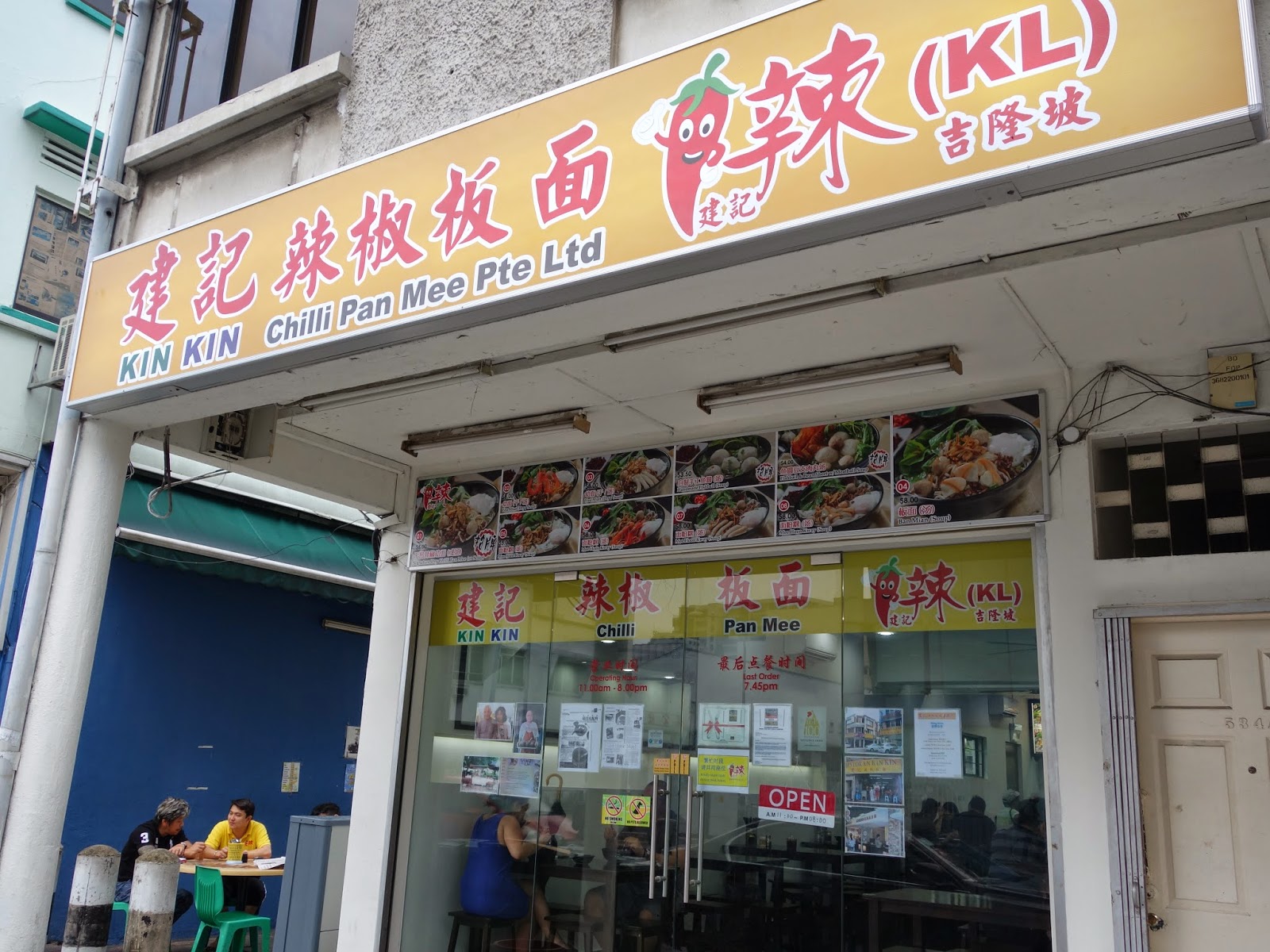