Alfero Artisan Gelato @ Lorong Kilat ~ Even The Godfather Loves It! 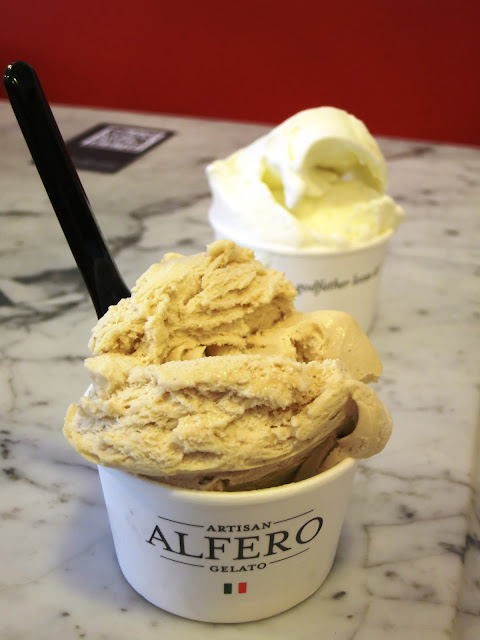 The opening of Alfero Artisan Gelato's newest outlet at Lorong Kilat (after MacPherson Lane and Marina Square) makes another good reason to visit this quiet part of our sunny island! Though quiet, it is anything but less than exciting with the popular Carpenter & Cook, Nook House of Pancakes and Woori-nara situated along the same street. With the addition of Alfero Artisan Gelato, it’s the perfect place to spend my off-work afternoon. 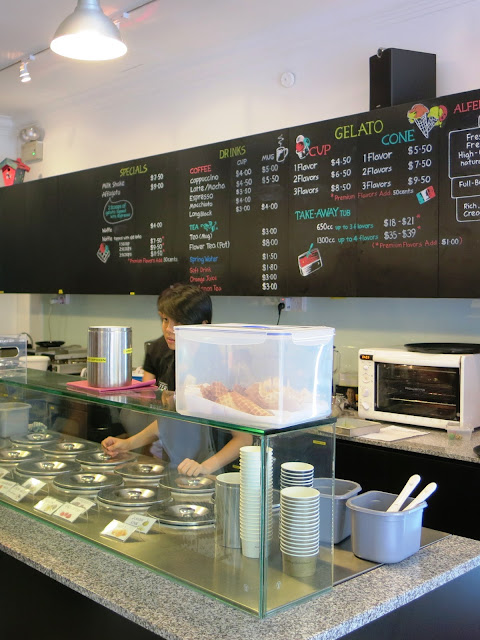 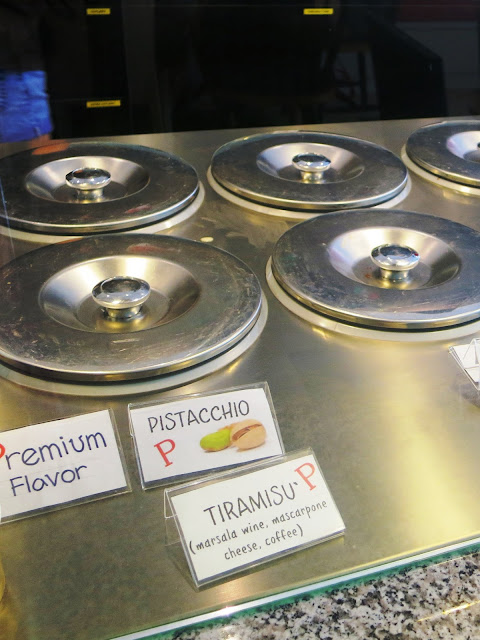 As I approached the counter expecting a visual treat of available flavors, the gelato are however covered under the lid of metal containers, instead of being on display like other ice cream cafes. I came to know that the metal containers are actually special pozzetto cabinets! The gelato are kept in these pozzetto cabinets, which are only open upon serving, so that its quality is not affected by any constant exposure to air and light. Alfero Gelato adopts this century-old method of storing gelato to ensure that the product remains smooth and best tasting. 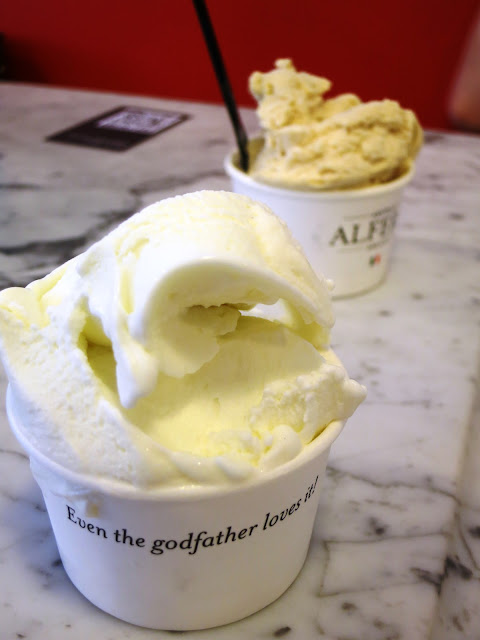 Owner Marco Alfero, who came from Turin, Italy, uses only the finest quality ingredients for his gelato, most of which are imported from Italy and other parts of Europe. He brings to us classics flavors such as the best-selling Pistachio, Hazelnut, Chocolate, as well as local favorites like Durian and Green Tea. I was eager to taste the various flavours! 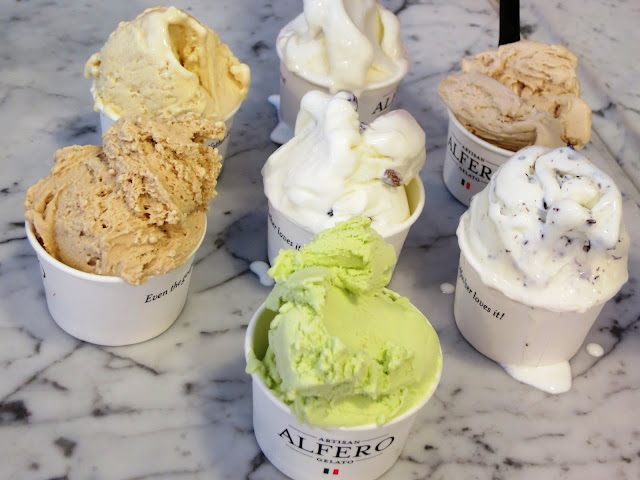 When Alfero's tagline goes, "Even The Godfather Loves It", you can sense the confidence Marco has behind his gelato. And it is not without reason. Each of the gelato flavour I tried has a consistently rich, creamy and velvety smooth texture which is so easy to love. It's difficult to decide on a favourite, but Nuts About You captured me with its intense nutty fragrance. A mini sensation comprising of hazelnut, nougat and almonds, the yummilicious of it made me a most willing captive. 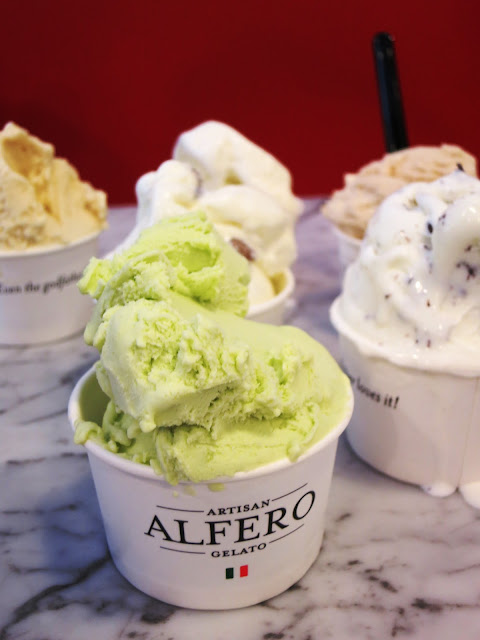 I also tried some new flavours such as Gula Melaka, Chocolate Mint and Avocado. The Avocado stands out strongly for its very pure avocado taste. The amount of real fruit used here is evidently obvious, a genuine taste which is impossible to replicate with artificial flavouring. It's the next best thing to eating the fresh fruit. Highly enjoyable! 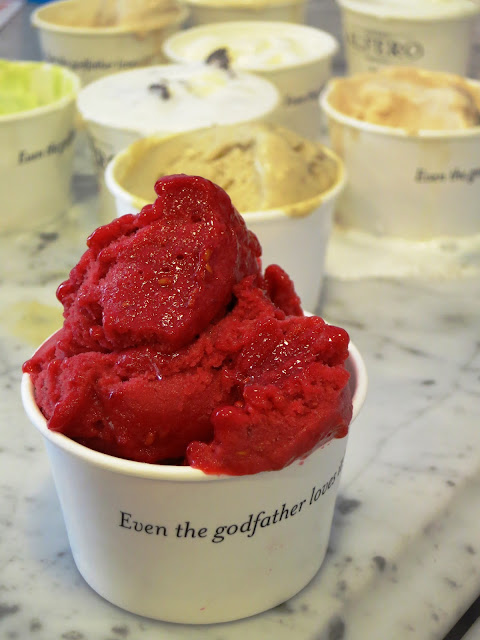 My adoration for the Raspberry was pretty obvious when it was noticed that I kept reaching for spoonful after spoonful of it. Bursting with sharp, tangy flavour, it simply melts in my mouth to a super refreshing fruity deliciousness which is utterly irresistible. 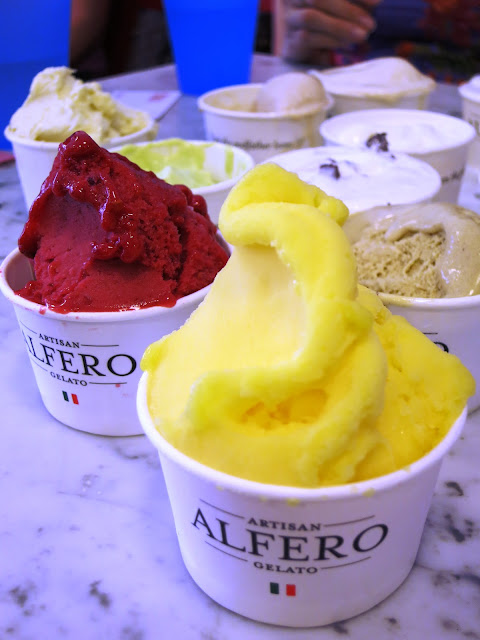 It's pure bliss as I indulge in the gelatos without any worries about the calories as I know that gelato generally has a lower fat content than ice cream. Alfero's first shop was established since September 2011 and I can't believe I'm only tasting the awesome gelato now. What have I been missing all this time? To you out there, wait no longer! You should try it too! :D 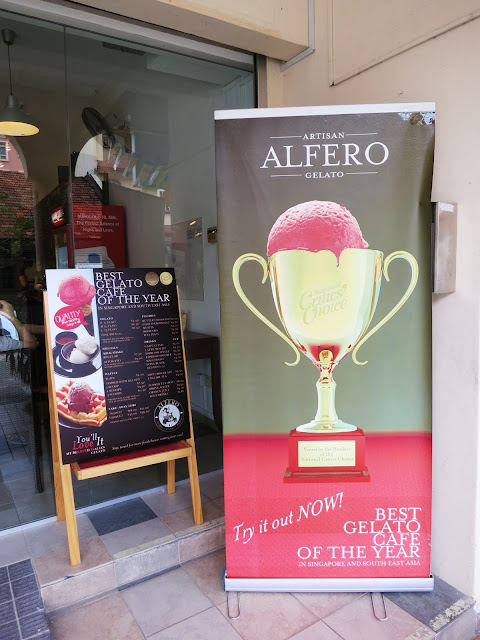 Thanks to Daniel, Christina and Marco for the invite and tasty treats.

Posted by PinkyPiggu at 9:20 PM