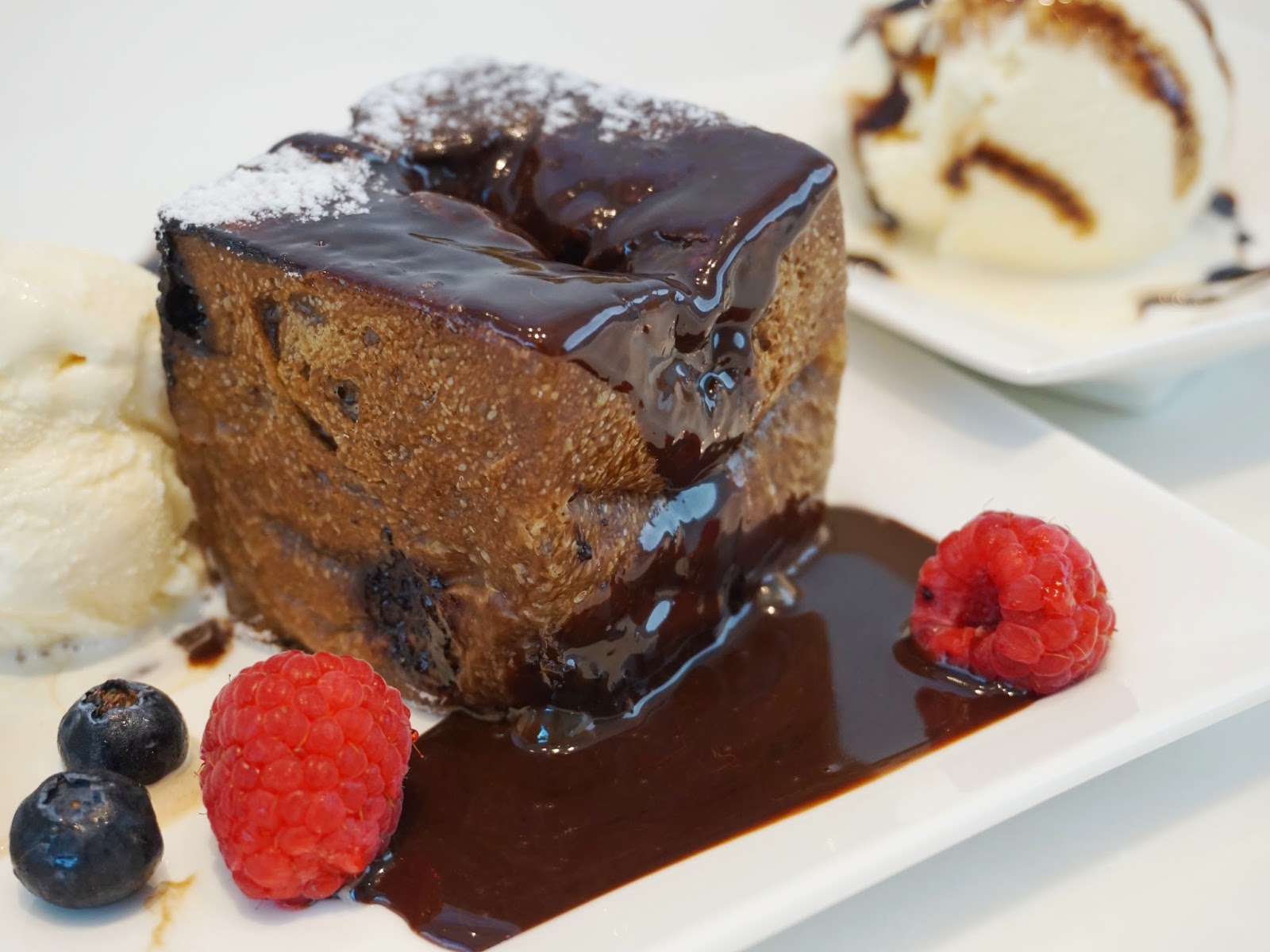 Yet another renowned Japanese brand ventured its way into Singapore recently ~ Asanoya Bakery! The collaboration with Tan Chong Motors (yes, you read it right, it's the same company which sells Nissan vehicles) marked the popular bakery-chain's first-ever outlet outside of Japan since its establishment in 1933.

While Henri Charpentier is the place to go for chi-chi afternoon tea sessions with lovely cakes and desserts, Asanoya Bakery is where you should be at for some serious gourmet breads and pastries. 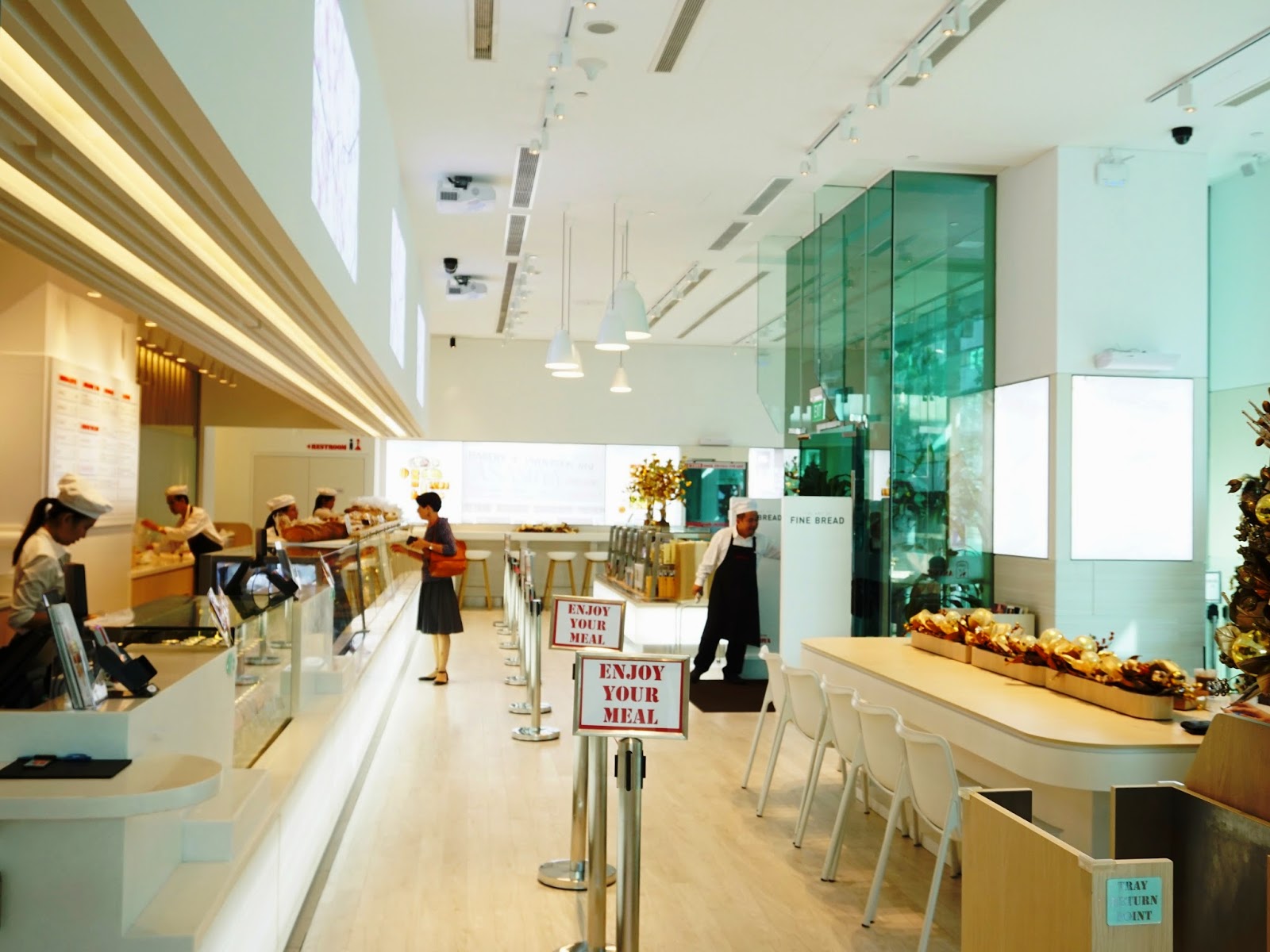 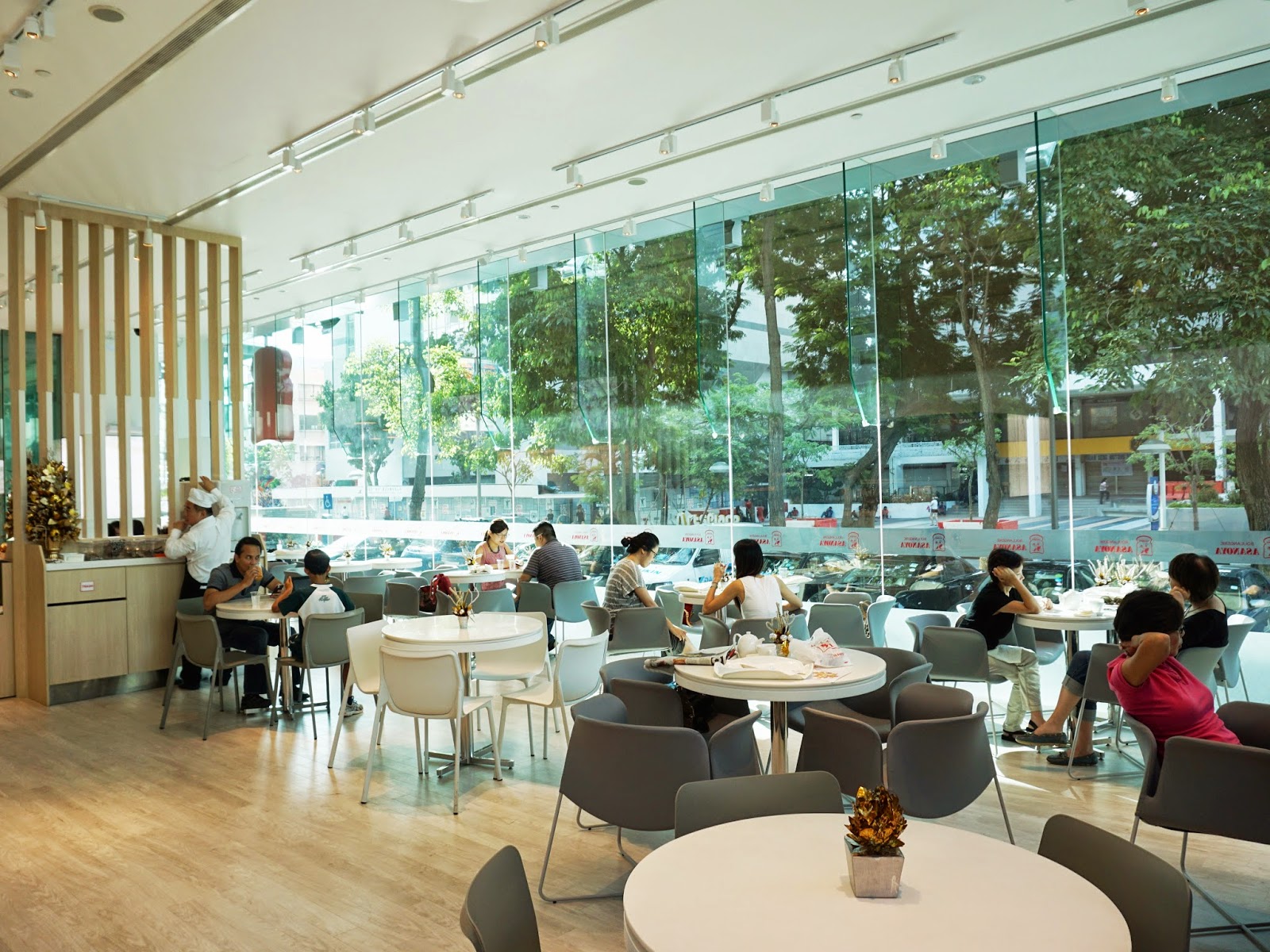 I was a bit taken aback as I stepped into Asanoya's premises situated on the ground level of Wilby Central Building at Queen Street. It's unexpectedly spacious for a bakery, housing a long counter of enticing baked treats, a retail section where we can pick up some exclusive spreads and dips, as well as a commodious dine-in area. 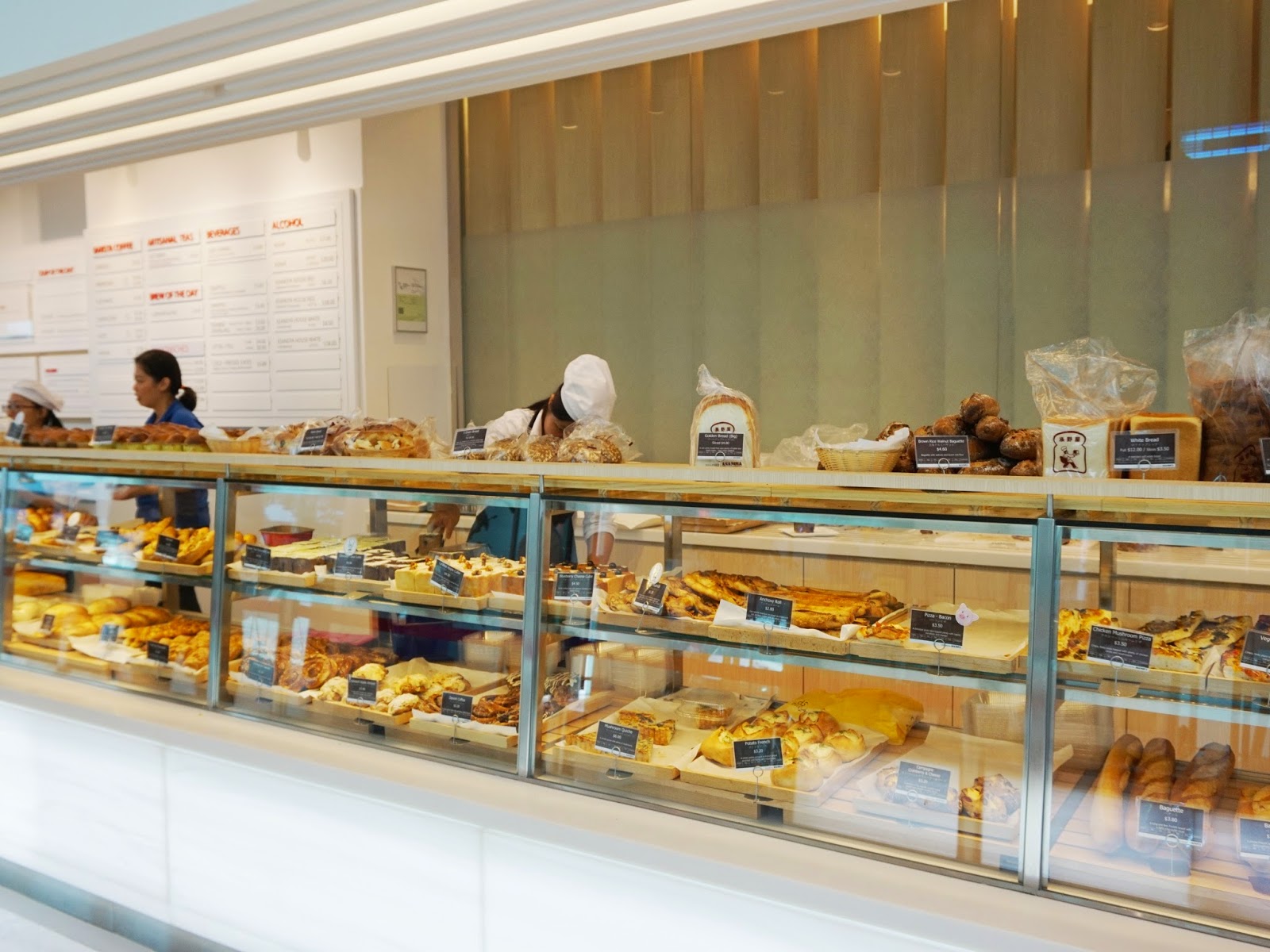 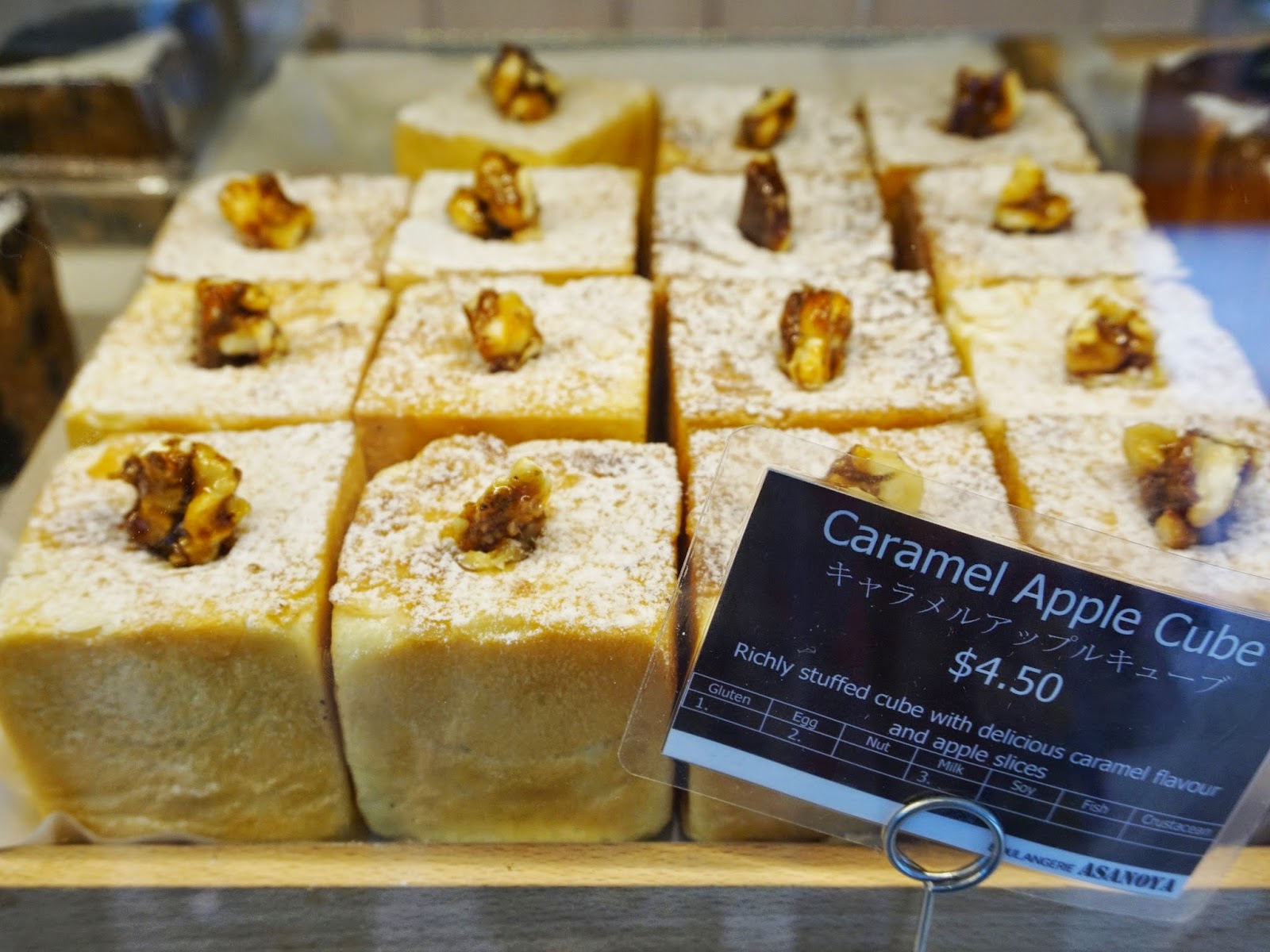 The choice of location might not be the most conventional, but I guess one of the pros would be the luxury of space. Cons? Well, the full height glass panels are kind of wasted on the less than desirous concrete buildings views. Which brought us to really focus on what what Asanoya specialized in: Freshly-made breads using quality ingredients from Japan, with no added preservatives. 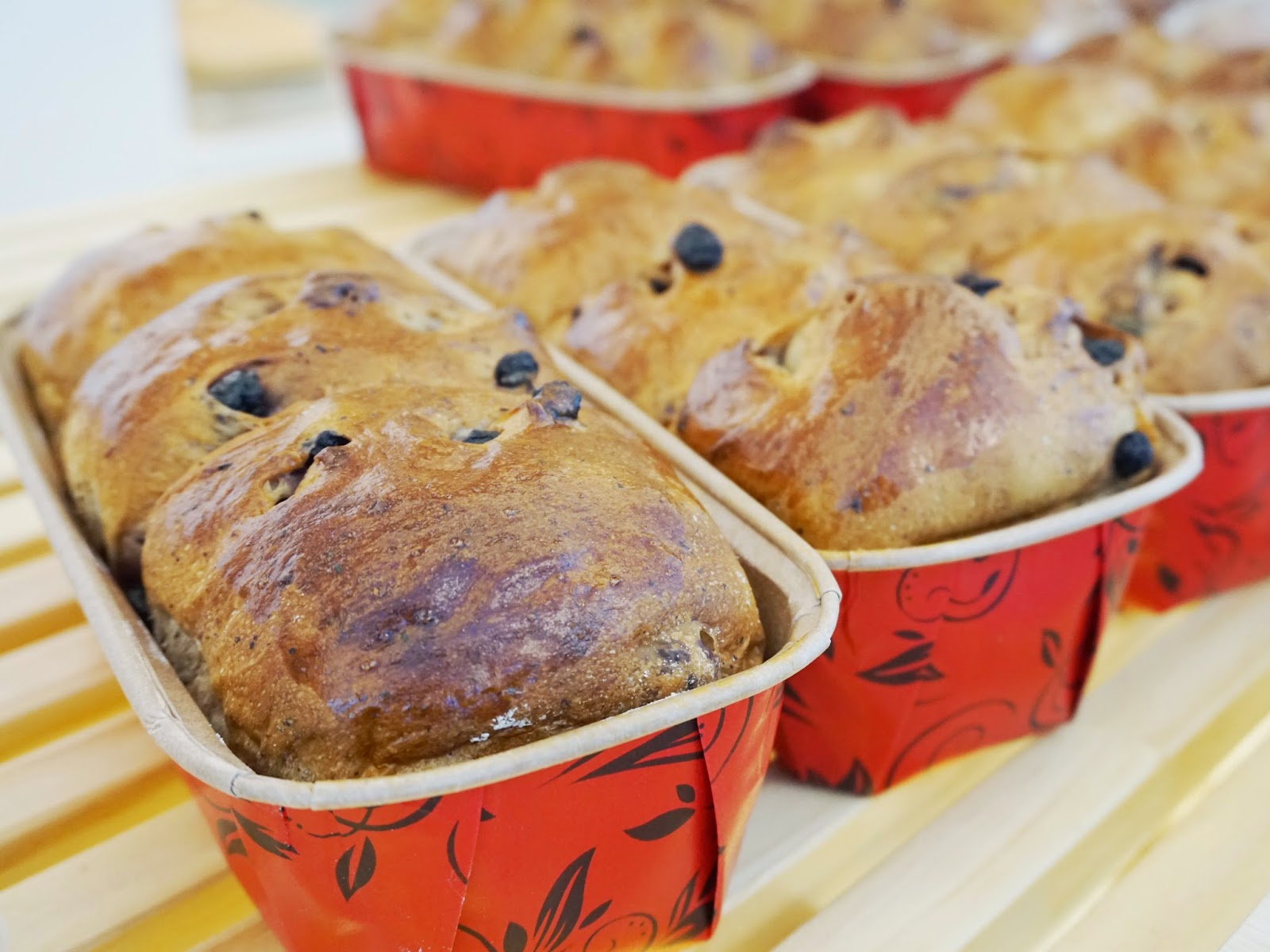 The variety of bread available can be a tad over-whelming for the indecisive ones, so perhaps it's a good idea to start with Fruit Rye, Asanoya's flagship product for over 20 years, and other signature items such as the Karuizawa Blueberry Bread ($2.60/100g), a crusty loaf with fluffy inner swirling with blueberry bits and fragrance, and Tea Bread ($4.20) which is highly raved for its soft, chewy sweetened milk dough infused with alluring scent of earl grey tea.

I've chosen the Blueberry Danish ($3.20) simply because it looked visually appealing haha. Thankfully, the pastry with its crisp, flaky base topped with fresh blueberries and sour cream, was just as delicious to match. 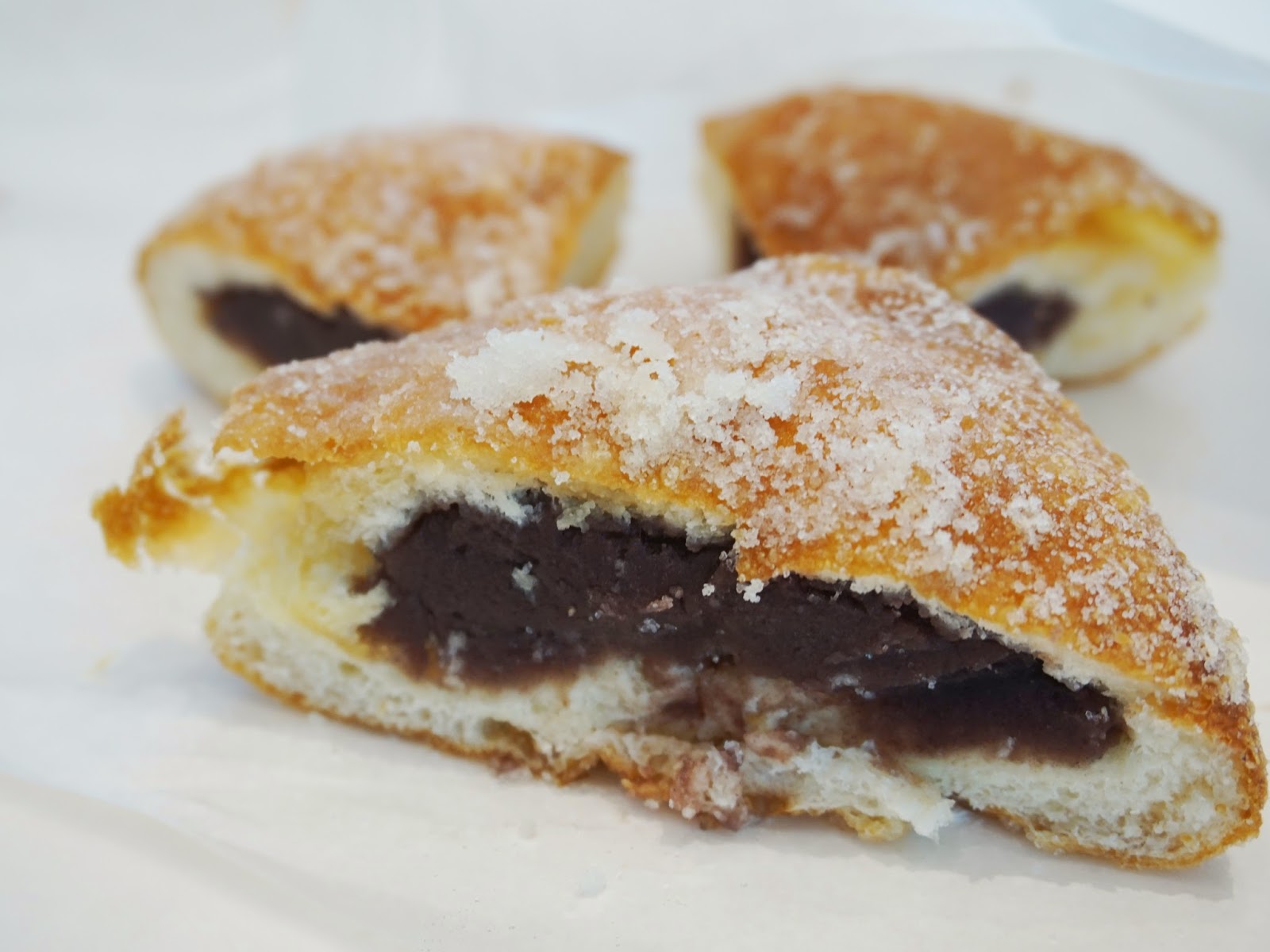 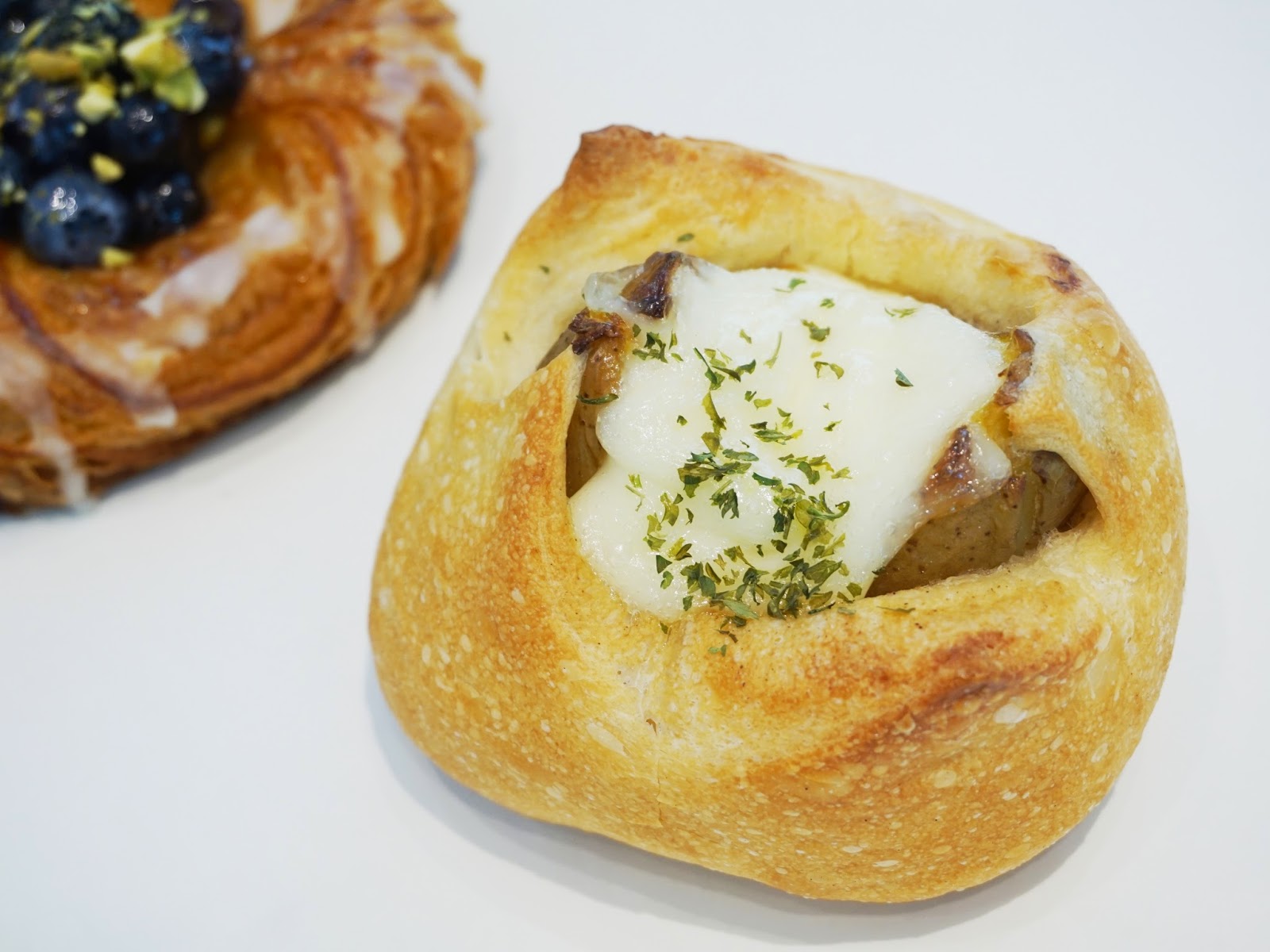 The carb-on-carb Potato French ($3.20) featuring a whole potato encased in French Bread with butter and mayonnaise did not impress as much with its overall flat taste and texture.

My personal favourite was undoubtedly the Sweet Red Bean Donut ($2.80). Looking deceptively unassuming, but a cut into the sugar-coated dough revealed an inner generously filled with paste made from Hokkaido red beans. Not too sweet and ooh so yummy! It was immediately likable from the first till the very last bite. 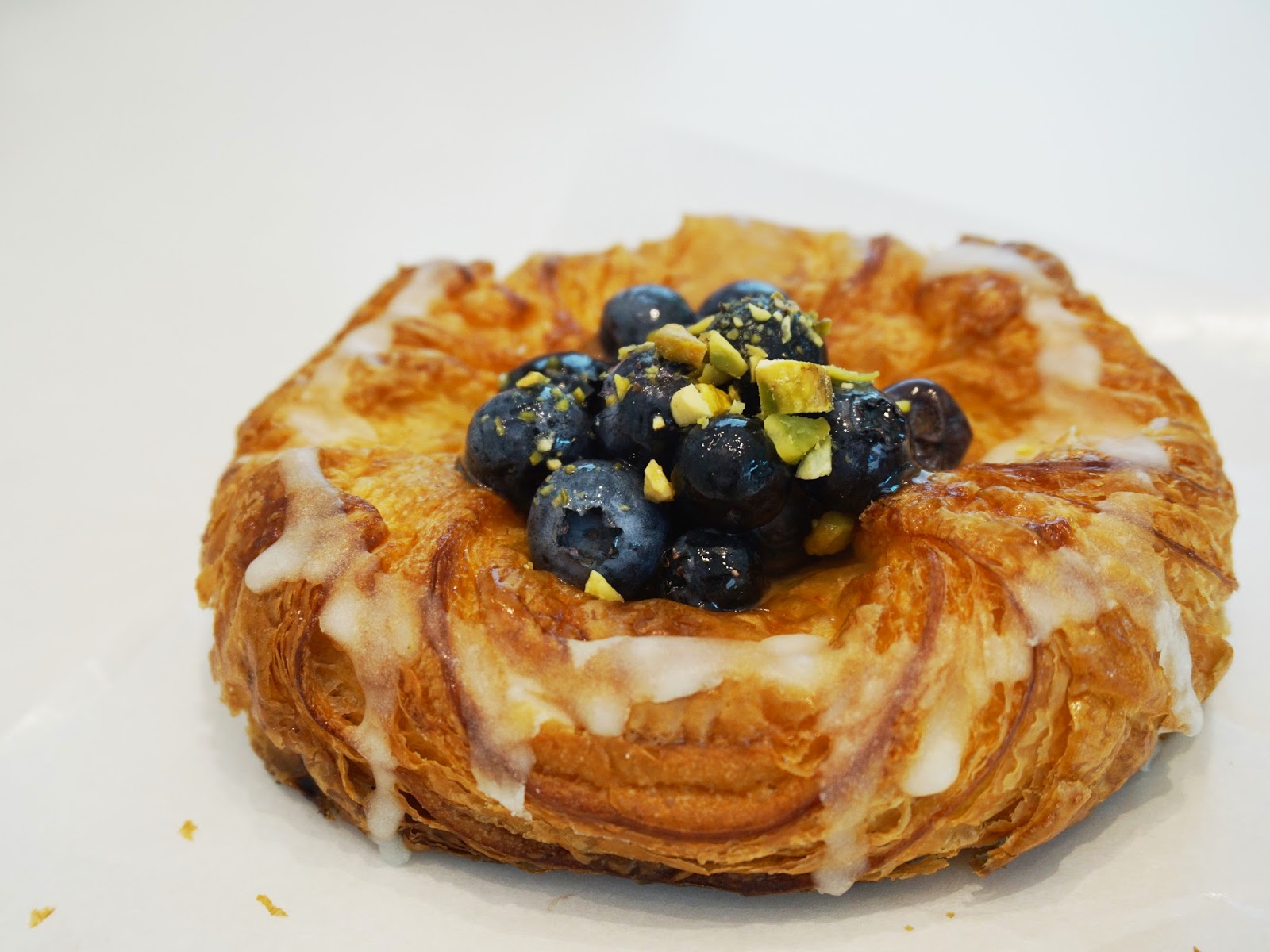 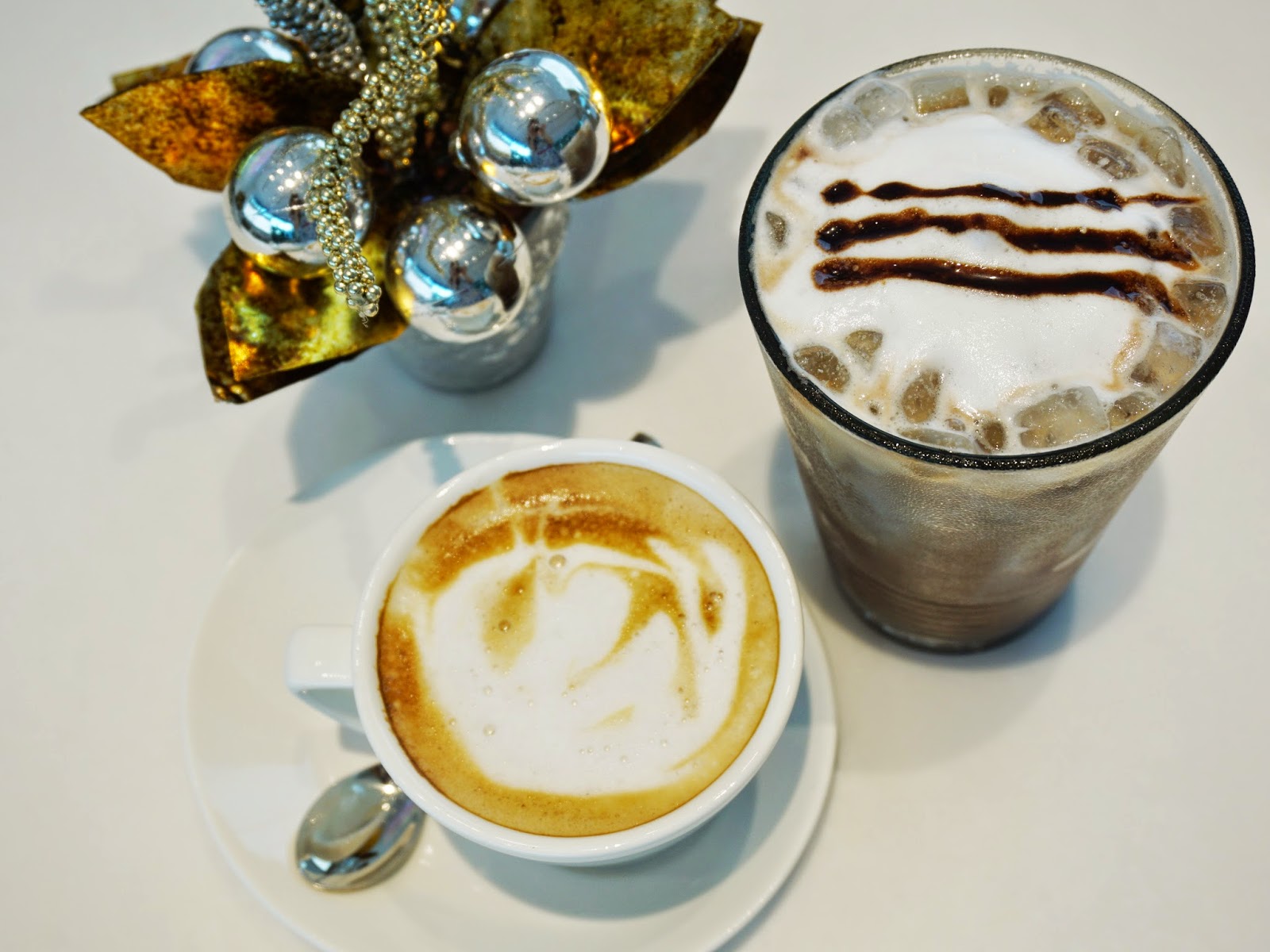 The most dramatic moment of the afternoon came when we cut into the Chocolate Lava Cube ($4.50 / $8.50 with a scoop of Haagen-Dazs ice cream). True to what its name implied, the square bread burst with oozing chocolate, much like a molten cake. Have it with caution though, especially if you're eating this on the go. It could get rather messy with possible spills.

Besides the bread-centric offerings, Asanoya also serves Hot Soup, Sandwiches, Salads, as well as Barista Coffee, Artisanal Teas, Cold-pressed Juices, and even House Wine and Asahi Beer to wash it all down, making it a one-stop bakery not just for bread lovers, but you who are looking for a light meal too. 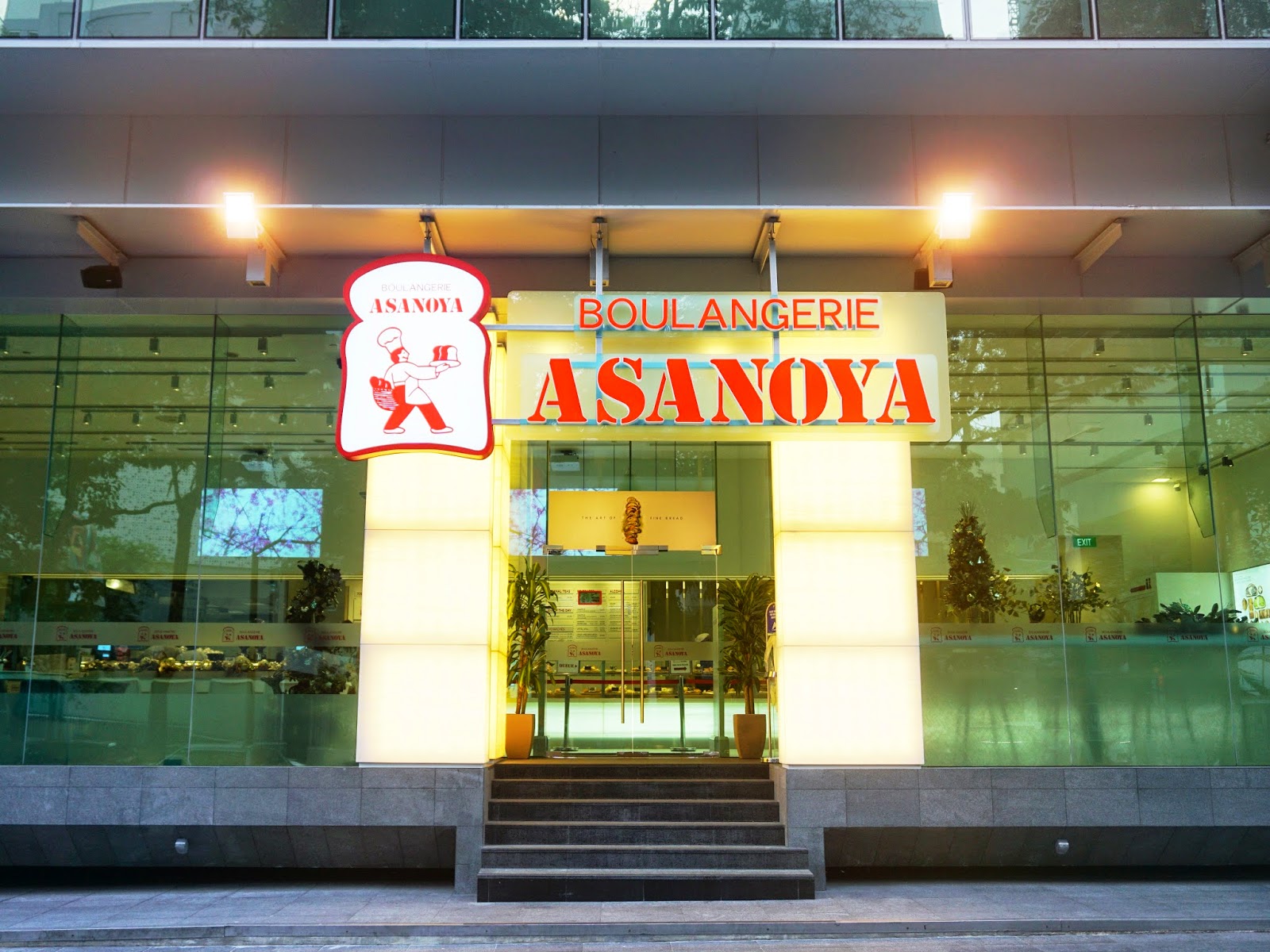